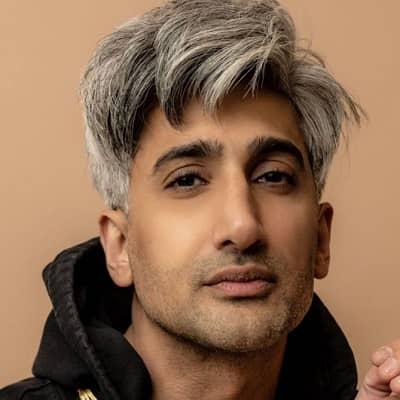 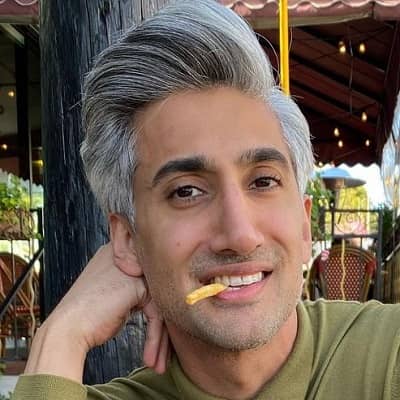 Tan France was born on April 20, 1983, in Doncaster, South Yorkshire, England as Tanveer Wasim Safda. Tan’s zodiac sign is Taurus and he is currently 38 years old. He has not revealed his parent’s identity but they are Muslim Pakistani. According to Tan, he had a tough childhood because he was raised in a strict Muslim family where homosexuality was negative.

Moreover, Tan was physically and verbally abused during his childhood. His parents moved to England from Pakistan before he was born. He learned how to construct and embellish a denim jacket at age of 13 due to his interest in fashion. When it comes to Tan’s academic qualifications, he went to Hall Cross School. After his graduation, Tan studied fashion at Doncaster College. Caption: Tan France in the show The Great Bake Off (Source: Instagram)

Tan first started his fashion career as a designer and director at Zara and Selfridges & Bershka. After that, he worked and learned about manufacturing at Chanel. He was a director at Shade Clothing before opening his own company called Kingdom & State in 2011. The main goal of the company was to meet Mormon clothing guidelines. Besides that, Tan created two small clothing brands. His designs were purchased by ModCloth and Forever 21. Tan became co-founder, fashion designer, and CEO of Rachel Parcell Inc based at Nordstorm in 2016. Moreover, Tan later sold his business and retired.

Tan transformed from a fashion designer to a social media personality before Netflix contacted him. He then became the fashion expert in the Netflix series Queer Eye which premiered in February 2018. He also appeared in the music video of Keala Settle’s This Is Me in 2019. A year later, he made an appearance in Taylor Swift’s You Need to Calm Down music video.

In 2020, Tan featured in a special charity edition to raise funds for Stand Up To Cancer in The Great British Bake Off. Netflix announced that Tan will co-host a new Netflix series called Next In Fashion with Alexa Chung in 2020. Moreover, he is the founder of a women’s clothing brand called Kingdom & State. Tan released an autobiography called Naturally Tan from St. Martin’s Press in June 2019. The autobiography became a New York Times bestseller.

Talking about Tan’s awards and nominations, he hasn’t won any awards. Moreover, looking at Tan’s fame and success, we can presume that he will win some in upcoming years. Tan France is married to Rob France. Rob is a nurse and illustrator by profession. Tan and Rob first met each other through a dating website. The exact date of their marriage is unknown but they are married for over a decade. They have no child but they planned to have children through surrogacy in the future. Tan also desired to have a large family with six children.