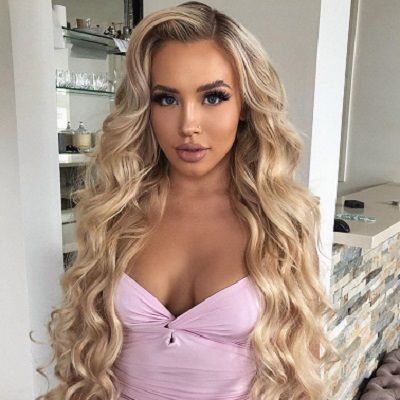 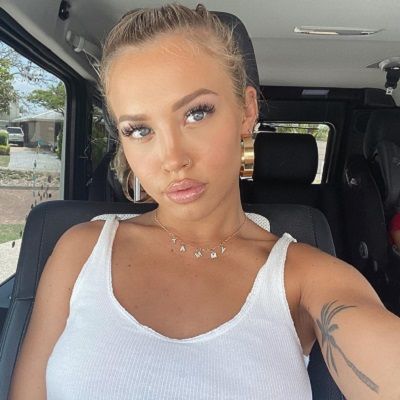 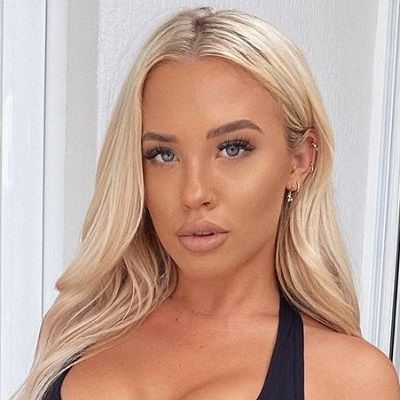 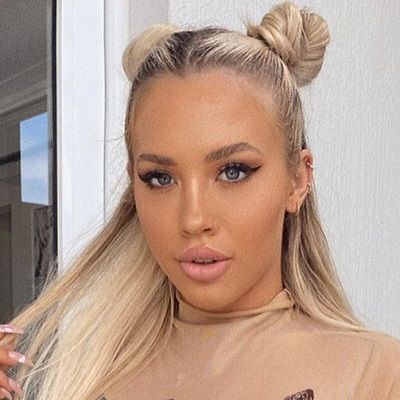 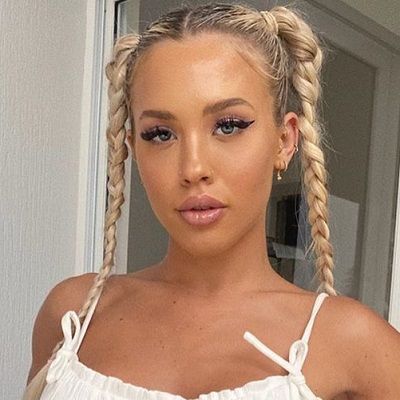 Tammy Hembrow is a famous Australian Instagram star and fitness expert. Tammy Hembrow documented her body pre and post-pregnancy to inspire other mothers to get the body they desire after giving birth.

Tammy Hembrow was born on April 22, 1994, in Australia. As of 2022, she is 28 years old and her birth sign is Taurus. Moreover, she is half-Australian and half-Trinidadian. Her father’s name is Mark. She has four sisters and two brothers named Amy, Emilee, Starlet, Ava, and Maximum but her younger brother’s name remains unknown.

Growing up in rural Australia, she decided to travel to countries like Malaysia and Switzerland to experience urban life. She later moved back to Australia and loves to spend time on the beach. She has gained a Business Degree with a major in Marketing. 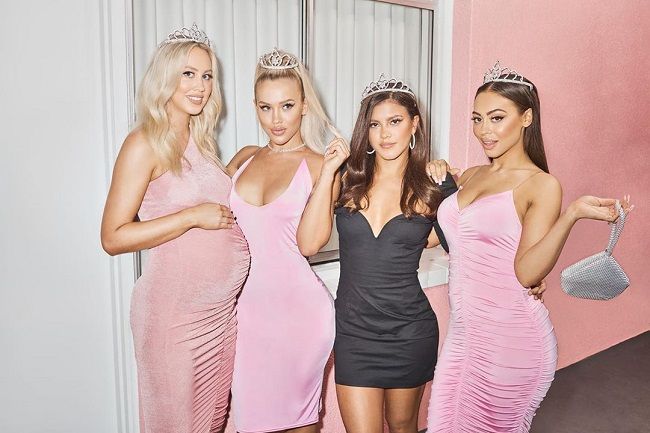 Caption: Tammy Hembrow and her sisters posing for a photo. Source: Instagram

As per some online sites, she earns up to 13K in a month and $157K yearly. Moreover, she earns $19K per sponsored Instagram post. However, her estimated net worth is around $2 million.

Even though Tammy Hembrow was interested in sports as a child, she later gave in to bad habits and started to lead an unhealthy lifestyle as a teenager. She says that she “partied, drank, smoked, and did pretty much everything” that she should not have done. However, once she learned about fitness and proper nutrition, she started working out regularly. Tammy was amazed at how different she felt after starting to work out.

She started her fitness journey and posted her progress on her Instagram account. She had a decent fan base on Instagram even before she became pregnant and started documenting her pregnancy through pictures. Tammy regularly posted pictures of her pregnant body and her workout details.

Soon, her posts and Hembrow herself became so popular on Instagram, that she started gaining sponsorships for brands. These included Protein World and Teami Blends. And when she was popular enough, she launched her very own Youtube channel, in which she uploads daily vlogs, fashion and makeup videos, workout routines, and dieting tips. And speaking of which, it seems like Hembrow herself is a fashionista as well. She likes uploading trendy fashion videos to her YouTube channel, as well as makeup tutorial videos.

Aside from that, Hembrow has also been spotted attending the 2018 Sydney Fashion Week, where she was seen walking down the runway for the clothing brand I Am Gia. This is a popular local brand enjoyed by fellow models and celebrity kids Kaia Gerber and Bella Hadid.

According to her, most women think that they can never regain their pre-pregnancy bodies once they get pregnant. She says that it is completely false, and if you cannot get back the same body, you can always make it better.

Her fitness regime is a mix of a clean diet and regular exercise. She trains 5 days a week and goes a bit easy on her diet on weekends, having ‘cheat meals’ in restaurants. After her fitness regime started to show its result in her body, she decided to share with everyone what she has learned. She took it upon herself to motivate and inspire women to lead healthy lifestyles.

By documenting and posting her transformation on Instagram, she intends to show young women and mothers all over the world what can be achieved if they are consistent with their fitness schedule. Especially, she doesn’t want women to give up working out after they have a baby.

During her pregnancy, she took pictures of her body at different times to compare those pictures with those taken after pregnancy. A couple of months after having her daughter, she posted a few such images on her Instagram account to show how quickly she came back to shape after pregnancy. Moreover, she also said, “It’s truly incredible what the human body can do”.

Even though most of her followers admired her, she also faced criticism from a section of her followers who refused to believe that the pictures were real and blamed her for photoshopping the images. However, when Metro.co.uk asked Micka, a personal trainer at MM Fitness London, about her input, she said that it is perfectly possible for someone to achieve what she has achieved, even though she doesn’t recommend anyone to follow such a rigorous fitness regime just after giving birth.

Tammy was in a relationship with Reece Hawkins, who was also her personal trainer. They were engaged to each other and had two children together; a son named Wolf and a daughter named Saskia. But unfortunately, their relationship came to an end in 2018.

She spoke openly about their breakup on a YouTube video, stating that there were no instances of infidelity and cheating on both side. They just didn’t want to continue their relationship anymore. Nowadays, Hembrow is enjoying her life as a single mom. She does not want to commit to a serious relationship at the moment.

According to some online sources, she was recently in a relationship with Canadian hip-hop artist Jahkoy Palmer in June of 2019. When the duo first started dating, the two did not seem to get enough of each other as they were often seen very handsy on their Instagram handles.

However, in October 2019, the duo sparked breakup rumors as the two unfollowed each other on Instagram. It was considered that her ex-fling, rapper Tyga, released a sexually explicit song about his relationship with her.

In September 2017, she, with her former fiancé, bought a new house in Queensland. Currently, she and her children are residing in a new home. 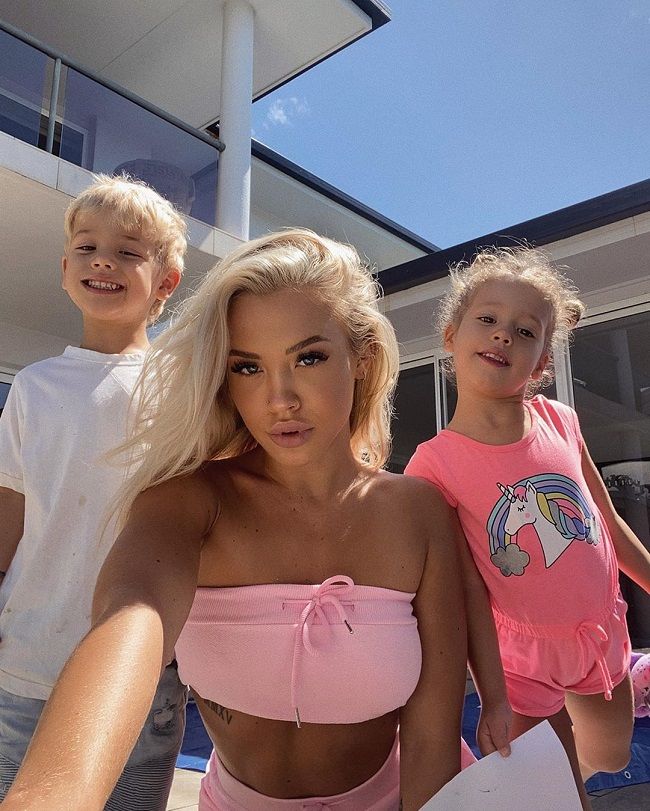 Tammy is a fitness model who shares sizzling hot pictures on her Instagram account. She stands tall with a height of 5 feet and 6 inches and weighs around 53 kg. She has blonde hair color and a pair of hazel eyes. Moreover, her chest-waist-hip measurements are 36-23-36 inches respectively. 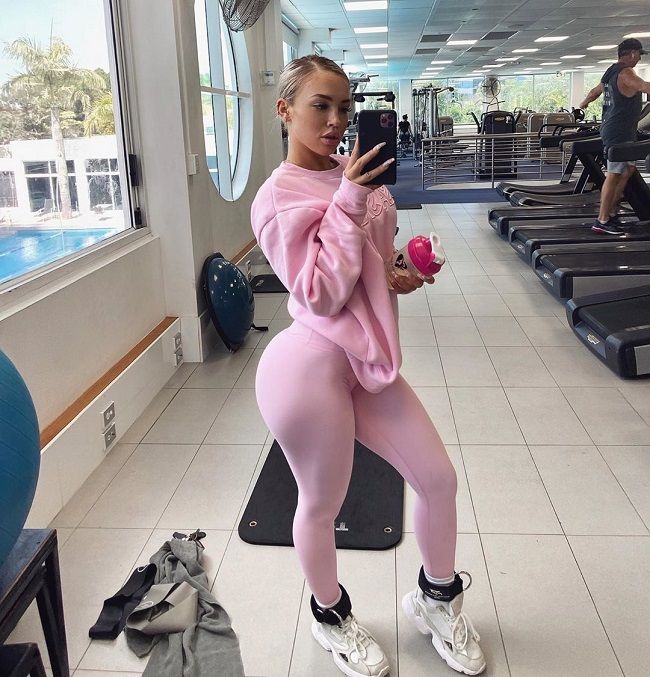