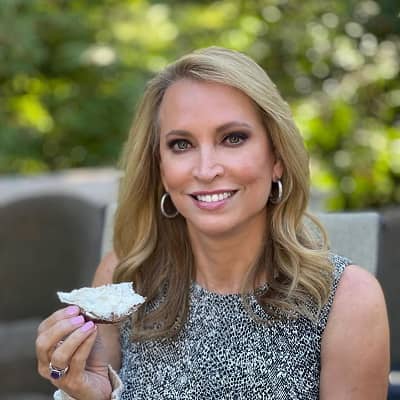 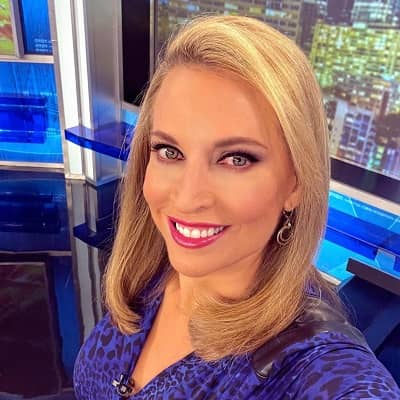 Tammie Souza is a multiple Emmy award-winning Meteorologist and Actress who is currently working at WCAU-TV. Tammie Souza was awarded Best weathercast, Best weather report for Live reporting, and known for movies like Hellroller, Double Reception, and many more.

Tammie Souza was born in Pittsburgh, Pennsylvania, United States. She was born to Chase Souza and Laura Souza. Likewise, she has three siblings with a very supportive family.

On the other hand, her entire family has a love for weather and the sky. As her father worked on NASA Space Program, her brother is an airline pilot and her sister Patty Souza is also a Meteorologist.

Similarly, she along with her siblings were raised in San Diego, California, and completed their schooling. It was her grandmother who took her to fly then her passion grew even better.

Moreover, she belongs to American Nationality and of Caussacian Ethnicity. Her sexual orientation is straight and follows Christianity.

As per reports she had her hand surgery around 5 June 2019. She was away for a while but the detailed information was not disclosed properly.

Tamie was a bright child with great interest and a sense of learning. She has had an interest in weather from the very beginning of her childhood. She completed her schooling in San Diego California.

Further, she completed her bachelor’s degree in Bachelor of Science from San Diego State University.

She got her Pilot’s License while she was in college and was very good at Geography as well. Likewise, she is completing her graduate studies for a master’s degree in Meteorology from Mississippi State University.

Moreover, she has received a certification for broadcast meteorology program from Mississippi State University.

Looking towards the awards part she has left us beyond words. She has received 17 Emmy Awards Nominations and 6 Emmy Awards. Some of her awards include Best weather and science report Best Weathercast, Special Live Reporting, and many more.

She also received special recognition for the report on Shipwreck Diving in Lake Michigan from Associate Press. Moreover, she got recognition from the National Association of Black Journalists for her story about a fugitive slave ship on Lake Michigan. 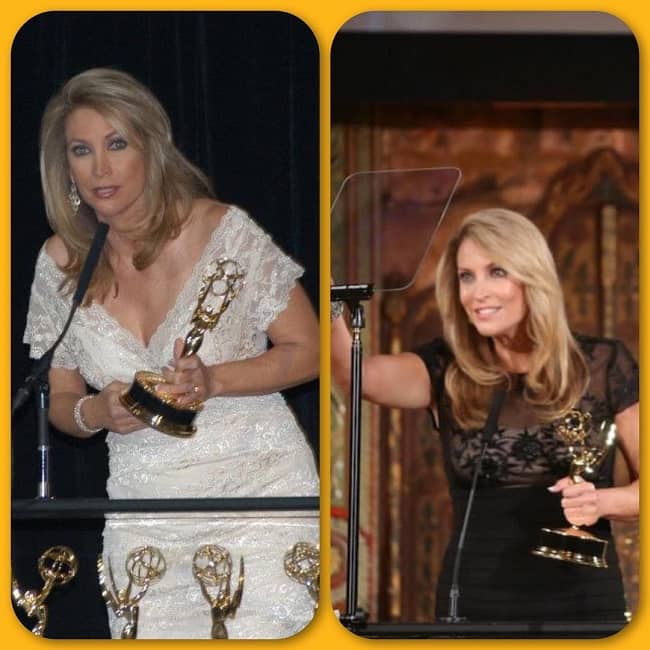 Tammie has worked very hard throughout her entire career. She has an estimated net worth of around $1 Million(approx) as of 2020. Her primary source of income is her job as a Meteorologist and others include her acting and other side incomes as well.

She earns an annual salary between $24,292 t0 $112,519 according to the seniority of the employee. She has earned an adequate amount and lived a lavish and modest lifestyle.

She is undoubtedly a multitalented woman with skills in Meteorologist and Acting as well. Tammie first started her career at KHSL-TV in Chico as a morning and noon meteorologist. Then she was appointed as Chief Meteorologist at WDJT-TV in Milwaukee.

Again she moved to Chicago and worked at WMAQ-TV for two six years and was known as ‘Weather Watcher’.

She also and worked at WTSP-TV in Tampa for six years. Later after the death of Chief Meteorologist of WTSP-TV Dick Fletcher, she was appointed as the station’s chief meteorologist.

Her sitter Ptty was of the same field too and worked at KXTV. At some point, they were only the meteorologist delivering the weather. 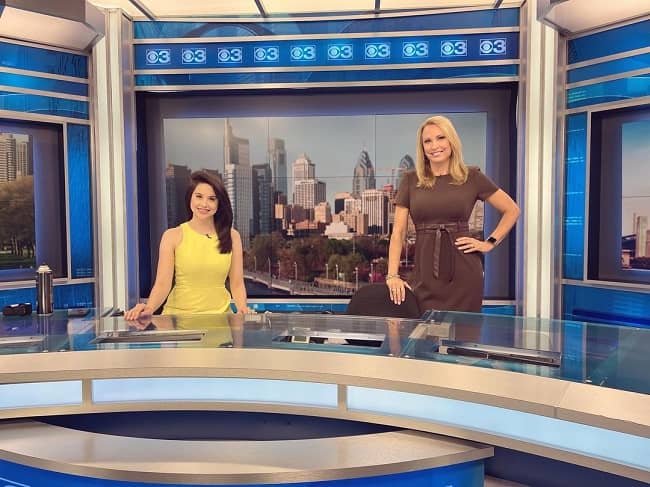 She is one of the most Prestigious women of America holding AMS/CBM seal and NWA seal sitting or both the American Meteorologist Society and National Weather Association.

Likewise, she began working at WBBM-TV CBS2 as a stint filling in Chicago. She will continue her work in CBS3 Philadelphia as well.

Further, looking at her career graph she has extended her foot towards acting as well. She played the role of Darlene in Assault of the Killer Bimbos(1988), Bunny in Hellroller(1992), and Millie in Double Deception(1993).

Moreover not only movies she appeared in television series as well. She was part of  TV movies like Freddy’s Nightmares(1988) as Mary Ann and TV Series like Ellen as Good Looking Man.

She has surprised all her fans and viewers with her unbelievable work in every field she works in.

She married Greg Hendricks(an industrial arts teacher). They have a son named Caleb Hendricks who was adopted in February 2009. Celeb has been diagnosed with Pilocytic Astrocytoma Tumor in his brain due to which he was rushed to Lurie Children’s Hospital in Chicago.

He was rushed for emergency brain surgery in July 2017.

He was brought home after multiple surgeries and treatment. Besides, their hardship the family has managed to keep themself happy before any situation. Though the couple got busy with their work schedules but always managed to spend time with family.

Currently, they are staying at Lower Merion Township, Pennsylvania, USA. 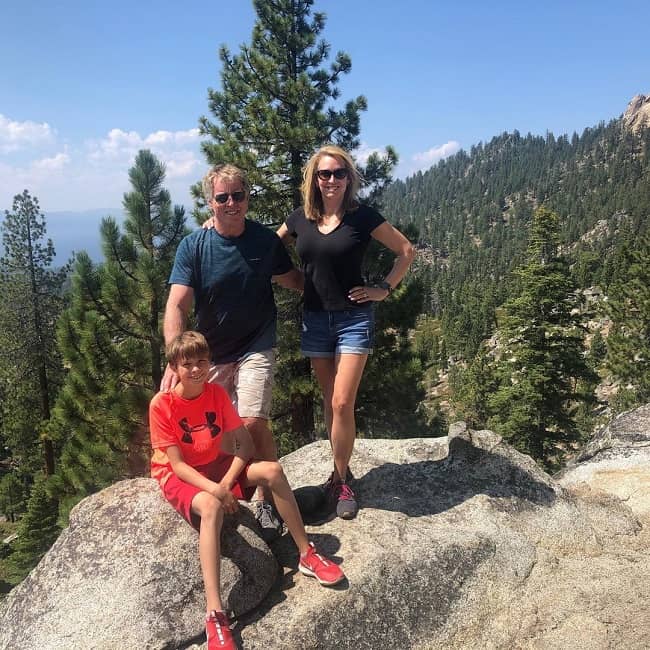 Tammie Souza posing with her family during their vacation(Source: Instagram)

No doubt she is a wonderful woman with a tremendous personality. She is about 5 feet 5 inches tall and weighs according to her body. Herr’s body measurement includes 34-26-35 inches and has Blue eyes with light brown hair color.