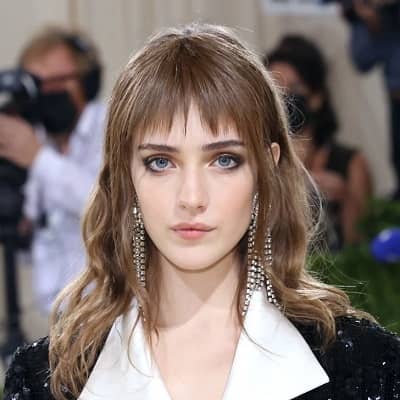 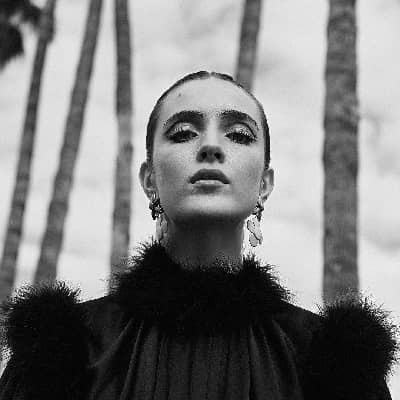 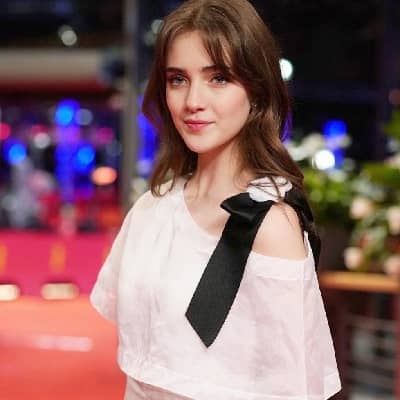 Talia Ryder is an American stage and film actress. Talia Ryder has worked in different films such as ‘Never Rarely Sometimes Always’, ‘West Side Story’, and ‘Hello, Goodbye’. Besides being an actress, she is a model and a producer.

The American actress was born on August 16, 2002, in Buffalo, New York, USA. She is 19 years old and will be turning 20 his year (2022). The actress’s mother’s name is Kristin Clark and her father’s name isn’t available.

Ryder is the older sister; she has two siblings, Mimi Ryder and Tre Ryder. Ryder holds the nationality of an American citizen. Her younger sister also acted in a stage show called ‘Matilda, the Musical’. She lived in Buffalo, her birthplace until she was 12 years old. After that, she moved to New York City to work on the Broadway musical, Matilda. 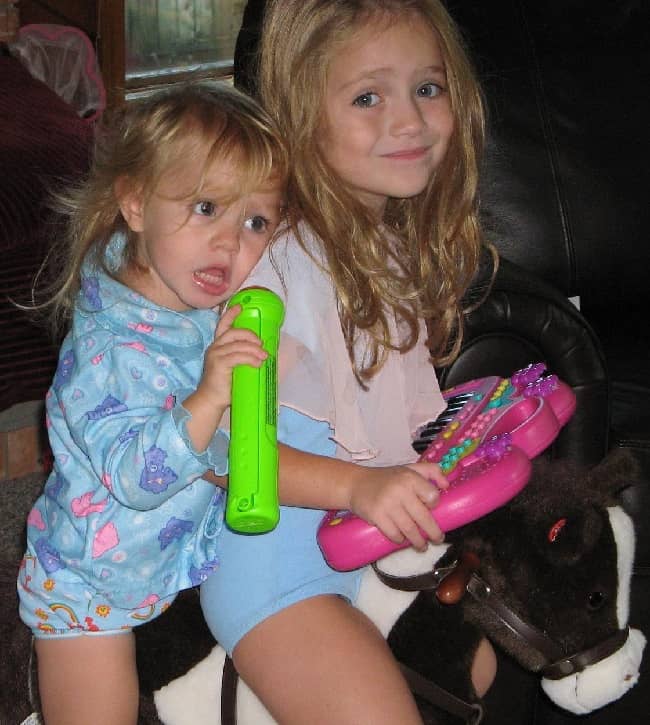 Caption: Talia Ryder with her sister, Mimi in her childhood days. Source: Instagram

The aspiring young actress completed her high school at Professional Children School. She graduated from the American Academy of Balley in Manhattan Youth Balley. 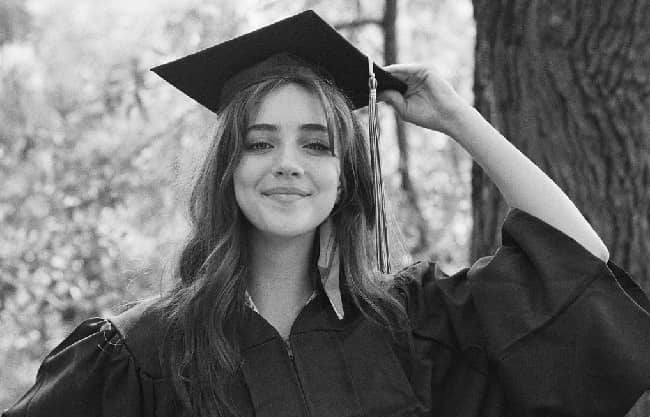 The actress got inspired to audition for the show after she went to see Matilda the Musical with her family. She alongside her sister auditioned for it and got the role. Talia Ryder got the role of Hortensia in the show.

She started developing her skills in stage acting although she was interested in dance. She portrayed the role of Skylar in Never Rarely Sometimes Always (2020) and the role of Tessie in West Side Story (2021).

Recently, she played Amelia in Master, an American psychological horror-thriller film (2022). She even showed her excellent performance in Olivia Rodrigo’s music video ‘Déjà Vu’ in 2021 which gained popularity. 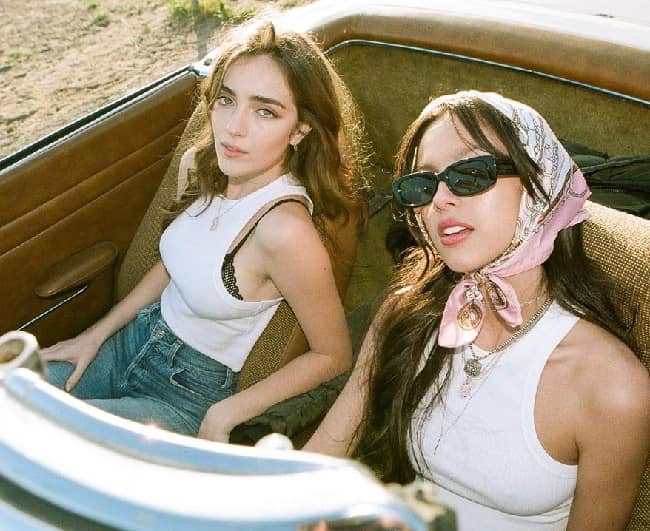 The hardworking actress has shown her skills in acting many times and the audience has acknowledged it too.
She won an award for her popular role in a British-American drama film. Ryder got her nomination for  ‘Best Young Actor/Actress at the 26th Critics’ Choice Awards, ‘Best Supporting Female’ at ‘the 36th Independent Spirit Awards.

The popular actress is also a producer and works as a model. She is very focused and hardworking in her career at such a young age. Her estimated net worth is $1 million US (approx.).

Talia Ryder is currently single and likes to keep her romantic life private like many other celebrities. Although she is single, rumors have that she might be in a romantic relationship with Sam McCarthy.

He is an American actor famous for his roles in the Netflix series, Dead to Me and the series Condor. Both of them have been seen on each other’s Instagram quite often but they haven’t confirmed or denied it.

The actress was involved in neither controversy when she received the opportunity to work in ‘West Side Story’. Other than that, there hasn’t been any involvement in scandals or controversy about her personal life.

The talented actress has a height of 5 feet and 3 inches (1.6m) and weighs 50 kg. Ryder’s body measurements are bra size of 30 inches, waist size of 24 inches, and hips size of 33 inches, and a dress size of 4 (US). She has a slim body type and her shoe size is 7 US. She has naturally dark brown hair color and mesmerizing green eyes. 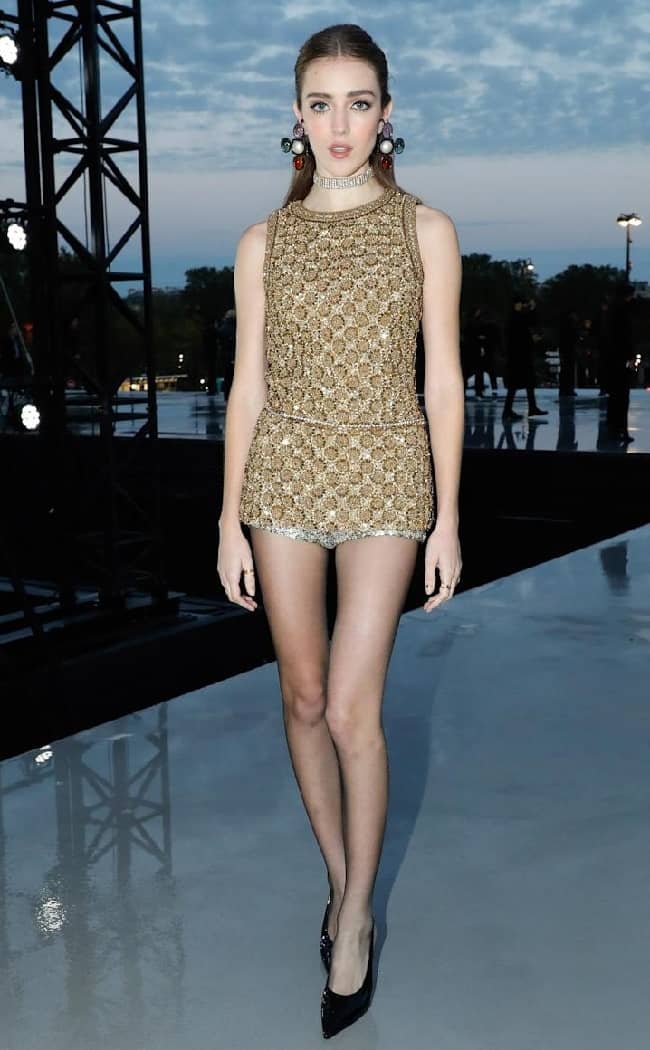 Talia Ryder is active on various social networking sites and is an influencer to many. As of 2022, the actress has 2.5k followers on Facebook, 267k followers on Instagram, and 4.4k followers on Twitter.