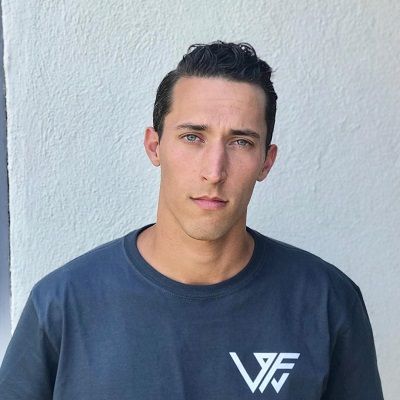 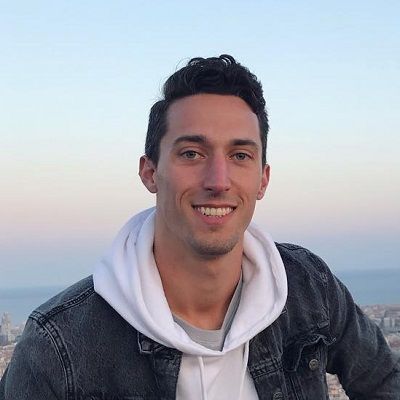 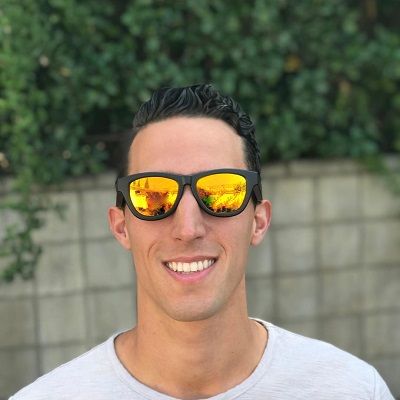 Tag Williams is an American dancer. Tag Williams is also a social media star popular on the family Youtube channel “The Williams Family” alongside his dancing siblings (total four out of six). He, along with his brothers, has worked alongside various popular dancers like the Youtuber siblings “Ranz and Niana” and “The Ford Sisters”, Shivani Bhagwan, Chaya Kumar, Poncho Glez, Baiba Klints, Jake Roark Kodish, and Baily Sok among many others

Tag Williams was born on 26 May 1991 and his age is currently 30 years old as of 2021. He has five siblings namely brothers Gage, Blaze, Rab, Keene, and sister Raimy. He is the eldest among the Williams siblings and two of his brothers, Keene and Rab, have long curly hair. Likewise, he attended the University of California, Santa Barbara. He graduated from the University in the year 2014 in Biopsychology.

Likewise, he has not shared much information about his parents but has shared photos with them on various occasions. His mother is Tracy Williams, who goes by username @16feet on Instagram. The Williams family is originally from Bay but the siblings later moved to LA as per his Instagram bio.

Tag Williams is a professional dancer and he is also a social media personality. He trained with Chapkis Dance studio, founded by Greg Chapkis, and he also teaches there occasionally. Along with his siblings and Chapkis Dance crew, he participated in various nationwide dance championships and also won a few of them.

In August 2016, the Williams siblings along with the Chapkis Dance crew participated and won 1st place in Mega Crew at Hip Hop International dancing competition in 2016. This isn’t their first time bagging this championship though. In August 2015 too, they won 1st place in Adult and Mega Crew in prelims of the same championship. Moreover, the crew also won 3rd place at Vibe XXI dance competition in February 2016.

Likewise, as a professional dancer, he also had the opportunity to backup dance for Jody Watley in February 2015. The same month, the Willams brothers along with CDF auditioned for America’s Got Talent CDF. The Williams Family also had the chance to dance alongside popular Youtube siblings Niana and Ranz at the 2019 VidCon. They have also worked alongside other popular personalities like Baily Sok, The Ford Sisters, Shivani Bhagwan, Chaya Kumar, Poncho Glez, Makar, Baiba Klints, Jake Roark Kodish, etc.

He also teaches dancing in different places and countries. One of them is the studio that he himself trained at, i.e. Chapkis Dance Studio. He also went beyond borders and taught in countries and places like Ukraine, Germany, Munich, Barcelona, and the Netherlands among others. 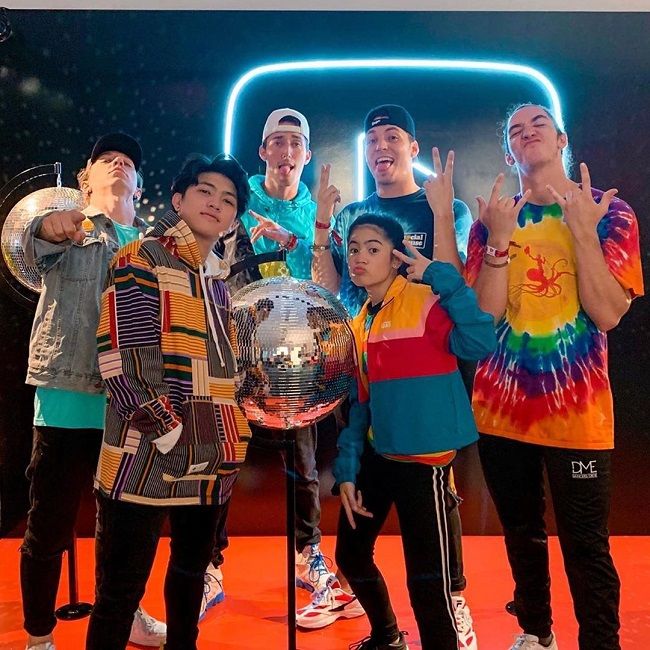 Talking about his social media visibility, Tag Williams is a regular on the family Youtube channel “The Williams Family”. He performs alongside his siblings to self-choreographed routines on these videos. Likewise, the channel has over 119,000 subscribers and 12,352,458 views.

Likewise, he also has an Instagram account that goes by the username @tag.williams. His account boasts 306 posts shares and 136,000 followers at the time of preparing this biography. The oldest photo on his Instagram dates back to 11 June 2012 and it is a photo of a pancake in the making.

The Williams siblings have a joint account on several social media platforms. On Facebook, they have an official page with over 899,000 followers. They are also available on Instagram and Twitter under the username @thewilliamsfam. It is mostly the dancing brothers from the Williams family of six siblings on these family accounts. On their Instagram, they have 772 posts shares and 824k followers. However, their joint Twitter account is currently suspended.

Going in-depth about the family Youtube channel, they created it on 23 February 2015. The oldest video on this channel is Grove St. – Waka Flocka Flame | Williams Fam Workshop | Chapis Dance. It is a choreography video uploaded on 5 December 2015 and so far has 107,667 views. 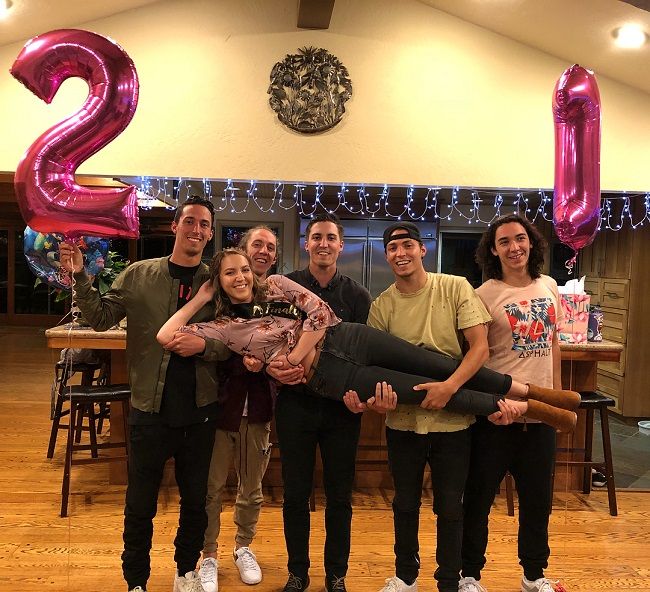 Caption: Tag Williams with all his siblings on his sister’s birthday. Source: Instagram

Tag Williams has a net worth estimation of approximately $1 million to $5 million. He mainly earns through his involvement in dance and social media

Tag Williams is most probably single at present. He has not talked much about this issue and he also has not shared any social media posts that might indicate his current relationships or affairs. Likewise, he has also maintained a clean public profile that is away from any scandals, rumors, and controversies. Moreover, he is most likely more focused on strengthening his social media career and dancing rather than involving in affairs in recent days.

Tag Williams’ body measurement details are not available at present. He has beautiful blue eyes and dark brown hair color. Other than these, there is no information regarding his height, weight, chest-waist-hip measures, biceps, dress size, shoe size, etc. Moreover, he has a very tall and flexible body. As a result, he is a great dancer who is capable of doing various amazing and flexible dance steps.