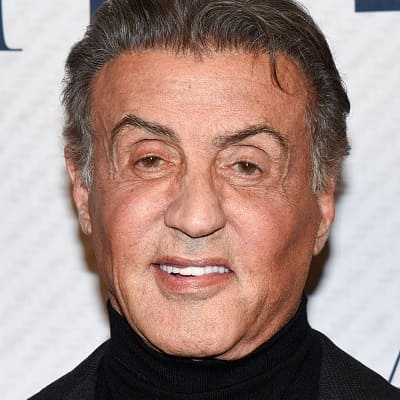 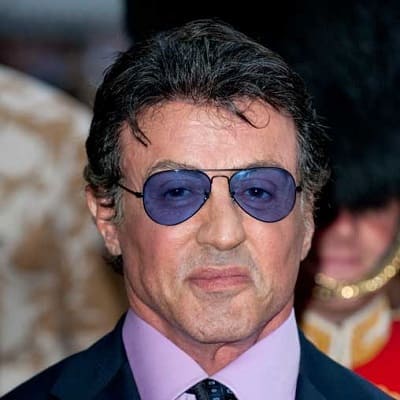 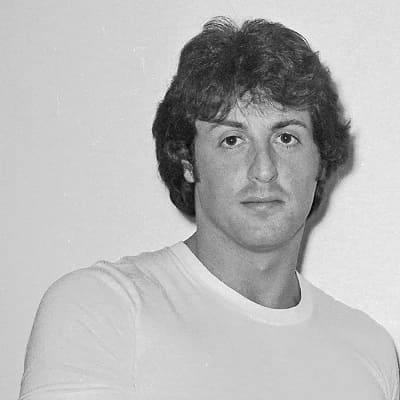 Sylvester Stallone was born on 6 July 1946 and he is currently 75 years old. The actor’s birth name is Michael Sylvester Gardenzio Stallone. He hails from Manhattan, New York City, and his zodiac sign is Cancer. Talking about his family, his father is Francesco “Frank” Stallone Sr. and his mother is Jacqueline “Jackie” Stallone (née Labofish).

His father is a hairdresser and beautician, and his mother is an astrologer, dancer, and promoter of women’s wrestling.  Likewise, his father is Italian and his mother is of French and Ashkenazi Jewish descent. Similarly, he has a younger brother named Frank Stallone and a half-sister named Toni Ann Filiti. His brother is an actor and musician. On the other hand, his half-sister passed away due to lung cancer on 26 August 2012.

Regarding his educational journey, Stallone went to Notre Dame Academy and Lincoln High School. Later on, he also attended Charlotte Hall Military Academy before he attended Miami Dade College. From September 1965 to June 1967, this personality attended the American College of Switzerland. He then returned to the USA to study as a drama major at the University of Miami. At this institution, he studied from 1967 to 1969.

In the year 1999, the president of this institution granted him a Bachelor of Fine Arts (BFA) degree. This was possible only after Stallone requested the university to consider/accept his acting and life experiences in exchange for his remaining needed college credits to graduate. 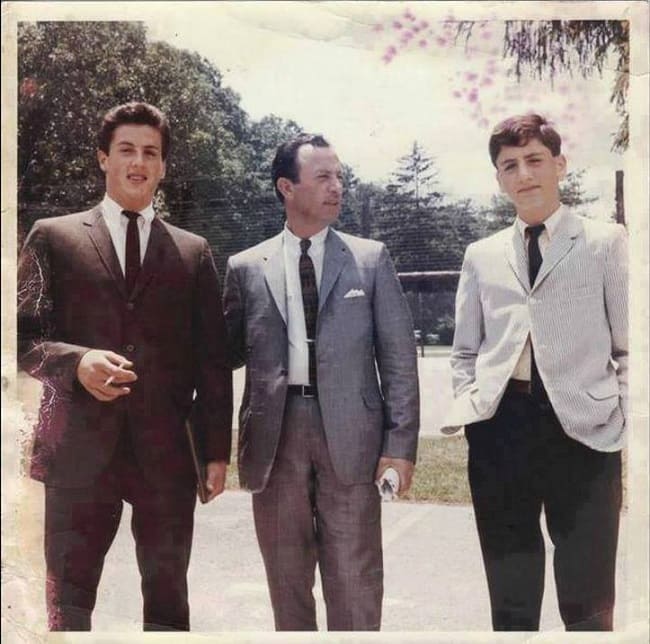 Caption: Sylvester Stallone in an old photo with his father and brother. Source: Facebook

Professionally, Sylvester Stallone is a multi-talented personality. More precisely, Stallone is a producer, director, screenwriter, and actor. This personality struggled at the beginning of his acting career after arriving in New York in 1969 and later in Hollywood in 1974. Following this, this actor won his 1st critical acclaim for his role as Stanley Rosiello in The Lords of Flatbush.

Subsequently, this actor found gradual work as an extra or side character. This went on until Stallone achieved his greatest critical and commercial success as an actor as well as a screenwriter in 1976. His greatest success was with his role as boxer Rocky Balboa in the Rocky series from 1976.

Then in the year 1977, this actor became the 3rd actor in cinema to be nominated for two Academy Awards for “Best Original Screenplay” and “Best Actor”. This actor’s film Rocky was inducted into the National Film Registry and had its props placed in the Smithsonian Museum. Moreover, this personality’s use of the front entrance to the Philadelphia Museum of Art in the Rocky series led the area to be nicknamed the Rocky Steps. Further, this actor was also voted into the International Boxing Hall of Fame.

Up until 1982, the actor’s films were not big box office successes unless they were Rocky sequels. The actor’s fate changed with the successful action film First Blood. In this,  Stallone portrayed the character John Rambo – a PTSD-plagued soldier. Originally, this film is an adaptation of the novel of the same color by David Morell, and the actor himself significantly altered its script during the film’s production. The actor worked in a total of five Rambo films from 1982 to 2019. 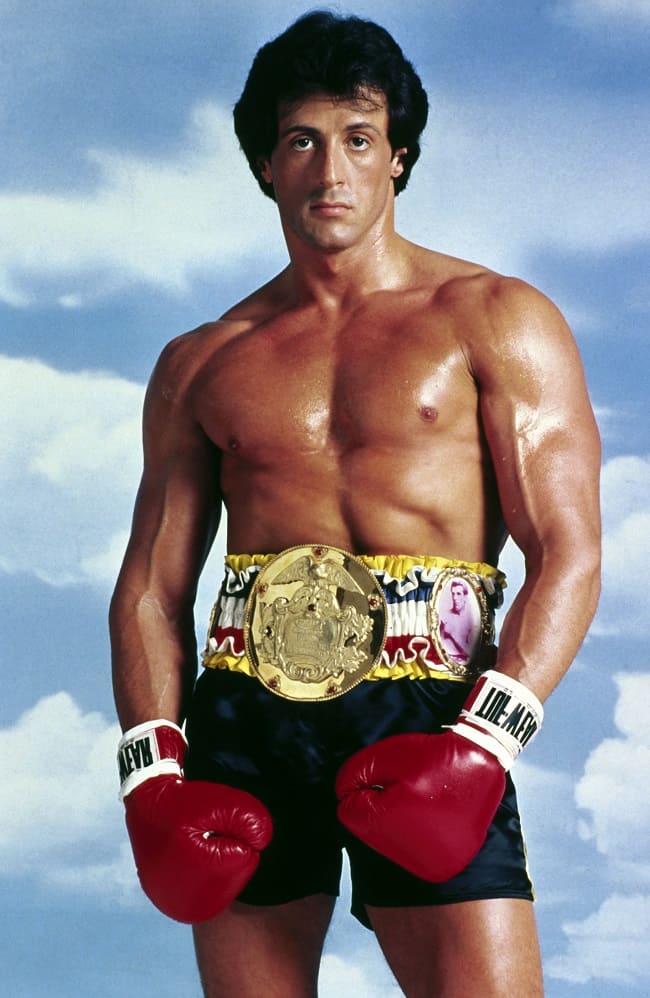 Caption: Sylvester Stallone played the role of Rocky Balboa in the Rocky series. Source: The Sun

Likewise, from the mid-1980s through to the late 1990s, this actor went on to become one of Hollywood’s highest-paid actors of that era. Stallone appeared in a slew of commercially successful action films like Cobra, Tango and Cash, Cliffhanger, Demolition Man, and The Specialist.

However, this actor saw a decline in popularity in the early 2000s. Nevertheless, the actor rebounded back to prominence in the year 2006. It was with a 6thinstallment in the Rocky series. Then in 2008, he worked on a 4th project in the Rambo series.

In the 2010s, this actor launched The Expendables films series from 2010 to 2014. In this, Stallone played the lead as the mercenary Barney Ross. Likewise, in the year 2013, Stallone starred in the successful Escape Plan as well as acted in its sequels. Then in the year 2015, this personality returned to the Rocky series with Creed. This project served as a spin-off film focusing on Adonis “Donnie” Creed played by Michael B. Jordan.

Moreover, reprising this role brought the actor praise as well as his 1st Golden Globe award for the 1st Creed. Likewise, he also received his 3rd Oscar nomination with his reprisal. He received his 1st nomination for the same role 40 years earlier.

Additionally, this actor is the only actor in the history of American cinema who has starred in a box office number one film across six consecutive decades. Likewise, Stallone is also one of the most renowned physical culture icons in history. 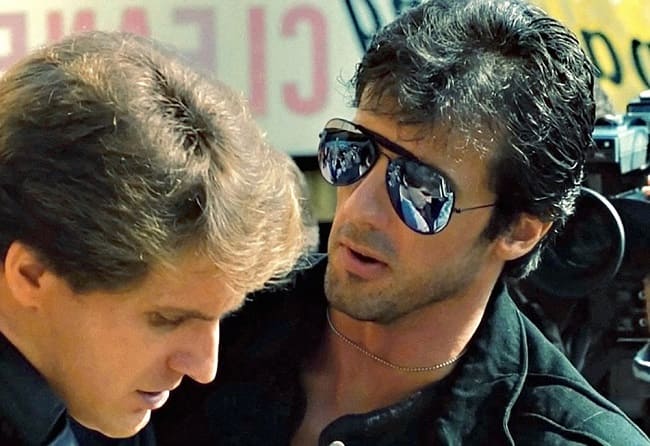 Sylvester Stallone has been married thrice. He tied the knot on 28 December 1974 with Sasha Czack. With Sasha, Stallone shares two sons namely Sage Moonblood Stallone and Seargeoh. Their first son – Sage – passed away in the year 2012 due to heart disease. On the other hand, Seargeoh was diagnosed with autism at an early age. The actor divorced Sasha on 14 February 1985.

The actor then tied the knot with model and actress Brigitte Nielsen on 15 December 1985. This marriage lasted two years. Then in May 1997, the actor married Jennifer Flavin. With Flavin, Stallone shares three daughters namely Sophia, Sistine, and Scarlet.

Furthermore, the popular actor was engaged to model Janice Dickinson for less than a year in the early 1990s. Janice gave birth to her daughter Savannah in February 1994. Although it was initially reported that the actor was the father and he gave Savannah his surname at birth, it was later discovered that Stallone was not Savannah’s father. Moreover, in 1995, this personality was briefly engaged to model Angie Everhart. Following this, the actor rekindled his relationship with Jennifer Flavin. 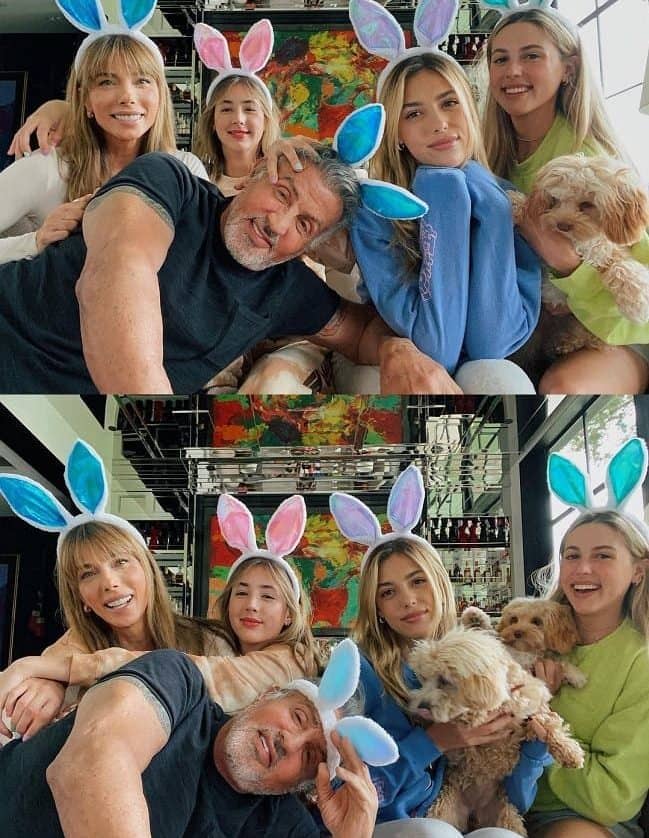 Caption: Sylvester Stallone posing for a photo with his family. Source: Instagram

Sylvester Stallone stands tall at an approximate height of 5 feet 10 inches or 1.77 meters and his weight is around 185 pounds or 84 kgs. Similarly, the actor has a chest-waist-bicep size of 50-29.5-17 inches respectively. Likewise, Stallone has brown eyes and hair of the same color that has turned grey with aging.

Sylvester Stallone joined Twitter in August 2010 and so far has over 2.9 million followers on his @TheSlyStallone account. Likewise, he is available on Instagram under the username @officialslystallone. So far, this profile has over 14.8 million followers. Similarly, this personality has a fan-following of 11 million on his Facebook profile. Moving on, actor Stallone has a net worth of around $400 million US dollars.