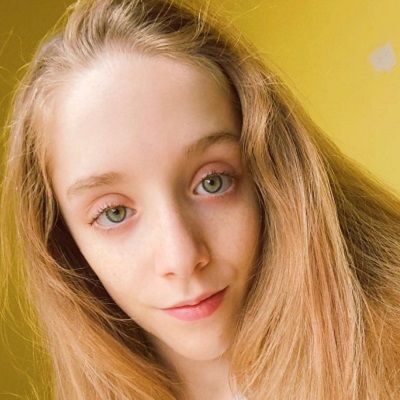 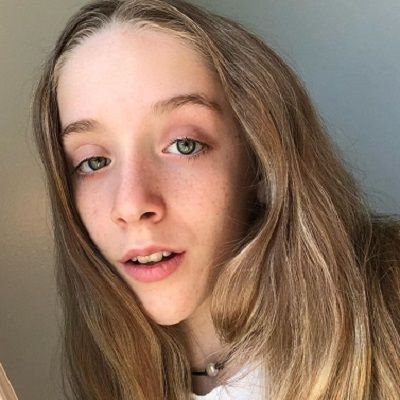 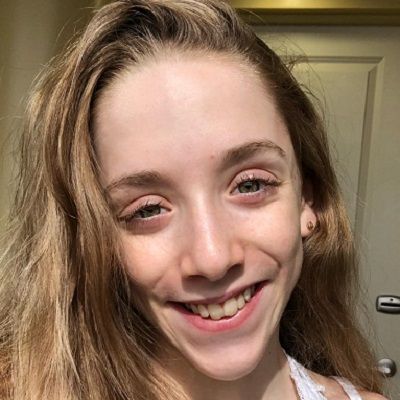 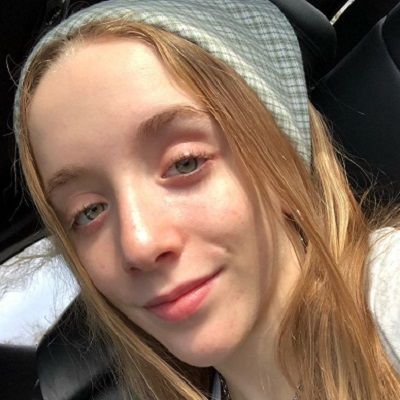 Sydney Morris is an American gymnast and social media sensation. Sydney Morris has also been known on the web as ‘Sydney the coral girl’. Moreover, she is one of the members of the competitive gymnastics team ‘The Coral Girls.’

Sydney Morris was born on April 5, 2004, in Maryland, USA. She is 16 years old and her zodiac sign is Aries. She has an elder brother who is available on Instagram under the username ‘@dmorris1357’. Her mother’s name is Kathy Morris and her father’s name is Scott Morris.

In one of her social media posts, she revealed that her mother has been battling breast cancer for a while. Furthermore, Sydney has been homeschooled since 2014 to help her devote more time to her gymnastics training. 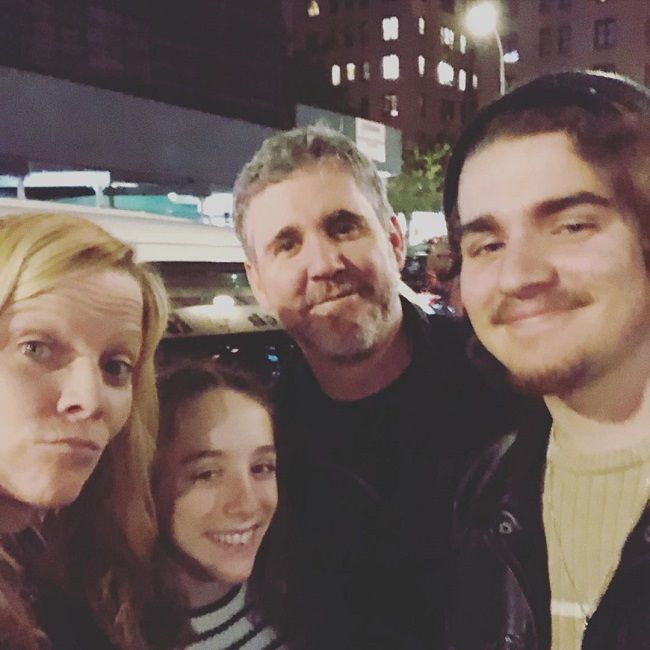 Caption: Sydney Morris and her family clicking a selfie together. Source: Instagram

Sydney started training in gymnastics when she was very young. After learning the basics, she began participating in various local gymnastics competitions. Sydney soon joined ‘The Coral Girls,’ a competitive gymnastics team based in Annapolis, Maryland. All the members of this team are homeschooled, as the sport requires long training sessions.

The team is currently coached by professional gymnast Mary Thompson, who is herself a blogger and has an Instagram account under the username ‘@travelinghandstands.’ Sydney began participating in the ‘Win-Win Gymnastics Meet’ in 2010. She competed at level 4, at the age of 6, and scored best in the bars event.

Sydney continued participating in various championships under this meet till 2014 and ended up at level 7. She then switched to ‘First State Gymnastics’ in Delaware. Then, she soon qualified for the International Elite, with an all-around average of 44.200. She is currently being trained at level 10. Sydney’s talent lies in uneven bars, in which she has performed brilliantly to date. She and two of her ‘Coral Girls’ cohorts, Peanut Ours, and Hailey Merchant, are the only three members of the squad to have two major releases on bars. 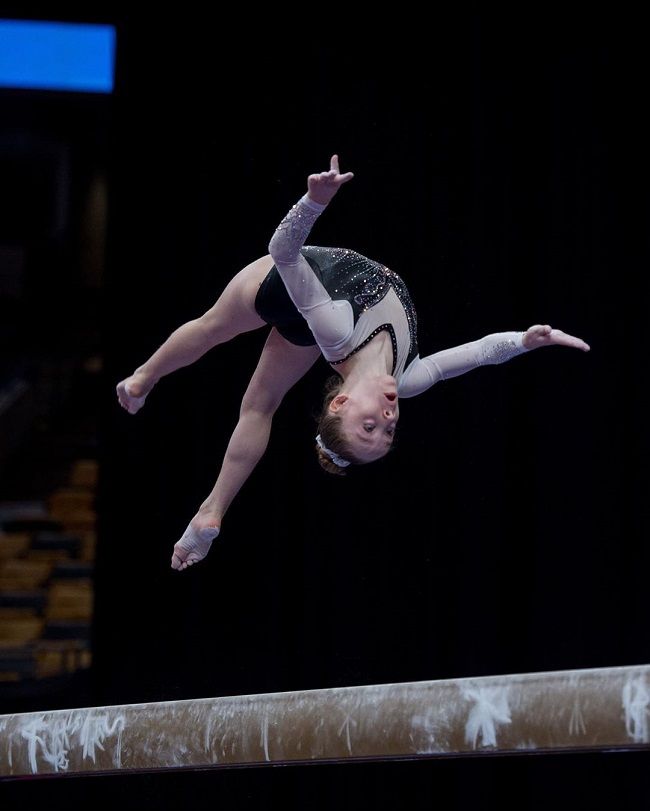 Sydney created a YouTube channel called ‘Sydney the coral girl,’ which primarily features her vlogs. It is now self-titled and it was created on February 22, 2016. She posts moments from her gymnastics championships and keeps her fans updated about her personal life too. Apart from posting videos from the championships, Sydney also posts videos about her training sessions.

A segment of videos on the channel is titled ‘Recital.’ Under this segment, Sydney displays a few of her other talents such as her DIY skills, her poetry, and her makeup skills. She made her mother appear in a few of her vlogs, and they make a wonderful mother-daughter duo. She has created a number of prank videos and challenge videos too. An art and craft lover, Sydney loves Christmas decorations and had created numerous DIY décor videos, all for her Christmas vlogs.

Some of her most popular YouTube videos are ‘Gymnastics Truth or Dare’, ‘3rd Head Injury’, ‘Level 10 Upgrades’, ‘Going to Nationals! | YOU FORGOT ME’, ‘Head Injury | NO Elite Competition!’, ‘Elite Leo Shopping’, ‘IM NOT SHAVING THAT!’, ‘Gymnastics Truth or Dare 3: Pool Edition’, ‘BACK AT FIRST CLASS’, and many more. In Mads World was featured on her YouTube channel in a “Mystery Drink Challenge” video.

Sydney also owns a secondary YouTube channel under the name ‘Sydney Morris Vlogs’. She created on February 20, 2016. Some of her most popular YouTube videos are ‘QUITTING THE VLOG!’, ‘2 STORY HOTEL ROOM!’, ‘BEFORE AND AFTER THE MEET!’, ‘DING DONG DITCH!?’, ‘MY NEW PET AND HOUSE TOUR!!!’, ‘SHOPPING IN NYC!’, ‘SURPRISE TRIP! or SURPRISE GUEST???’, and many more.

Talking about her love life, she is still too young to get involved in any kind of relationship. No doubt she would get a great life partner in the future. As of now, she is totally focused on her career. Likewise, she has stayed away from any kind of rumors or controversies. She has maintained a good profile and didn’t let any rumors hit her career. 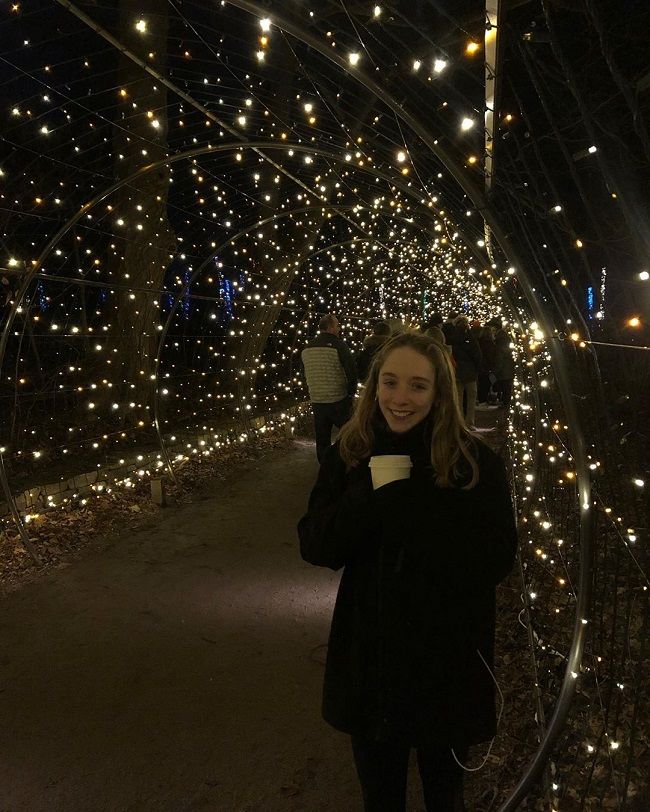 She is quite active on social networking sites. Sydney has gained over 106K followers under the username ‘@sydney.morris14’ on Instagram account. She is also available on Twitter with more than 2K followers. Similarly, her main YouTube channel has earned more than 72.3K subscribers.

And her second YouTube channel ‘Sydney Morris Vlogs’ has earned over 11.2K subscribers. She is also available on TikTok under the username ‘@sydneymorris_’ with more than 468K followers and more than 1.2 million likes.

There is no doubt she earns a good amount of money. Her income might be through her YouTube channels. It has published 400 videos which all together add up to more than 13.4 million views. However, she creates on average 3 new videos every month. She has an estimated net worth of around $10K.