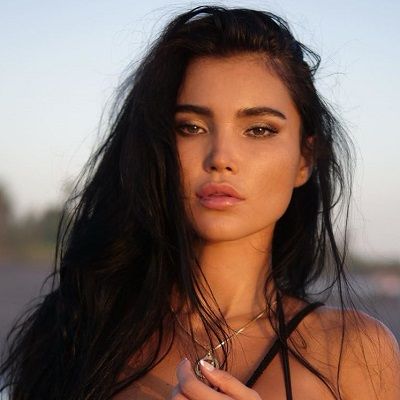 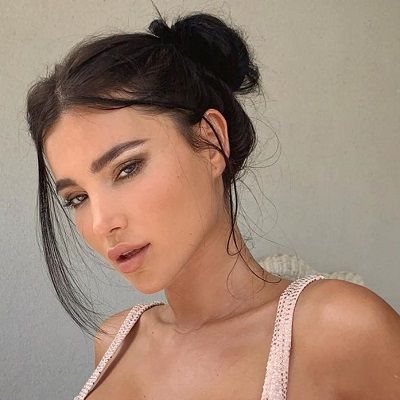 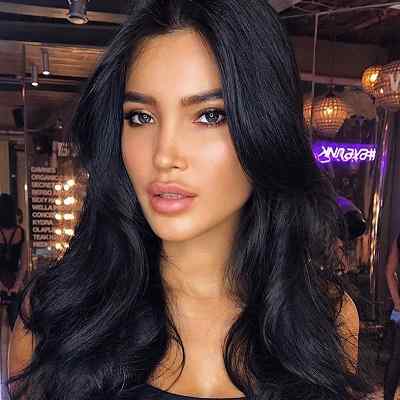 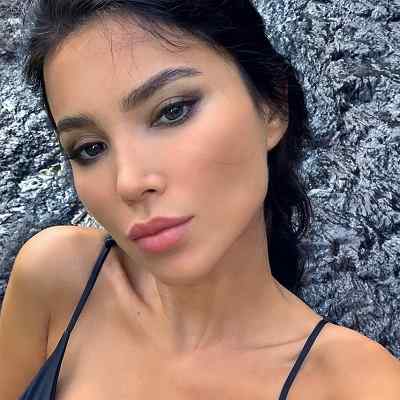 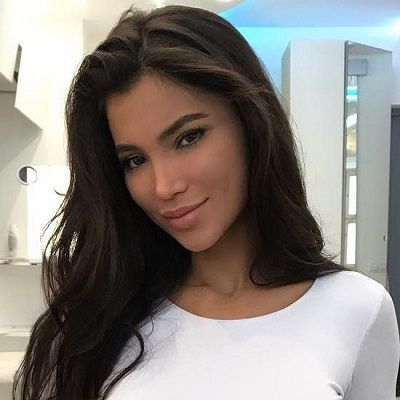 Svetlana Bilyalova came to this world on June 20, 1988, in Moscow, Russia. She is Russian by nationality but her ethnic ground is unknown. As of 2020, she turns 32 years old and her sun sign is Gemini. She has a younger sister named Anna who reportedly lives with her. Svetlana developed her passion for fashion and modeling at a very early age. She grew up in Russia but moved to the US to further her career after achieving fame on social media. 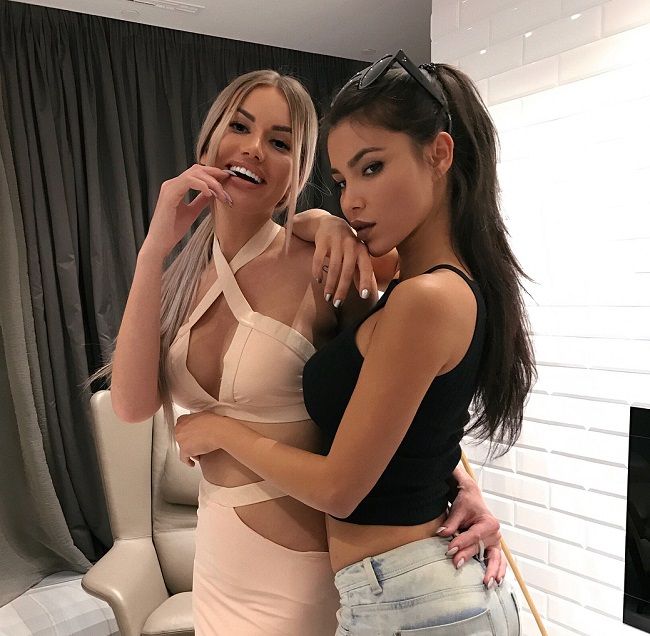 Svetlana began her journey on social media with the now discontinued looping video sharing platform Vine. There, she created funny videos and gathered a sizable fan base before moving on to other social media platforms. She created her Instagram account in January 2013. Soon after, in July that year began posting on her Twitter account. Moreover, she’s become best known for her selfies and the occasional comedic video. Moreover, she has been featured in publications like Sports Illustrated.

She eventually relocated to Los Angeles, California with her manager from Russia and her best friend to fully utilize the newly opened doors of opportunity. Soon after moving to the United States, she earned fame as an international model and was able to get numerous photoshoot offers. Apart from her primary Instagram account with the handle ‘@svetabily’, she also has a second Instagram account, ‘@bilyalova_sveta’, with over one million followers.

Similarly, it culminated in her best assignment so far, the opportunity to work on the music video of the song ‘Low Life’ by Future featuring The Weeknd. And was subsequently named ‘The Lovely Lady of the Day’ by Sports Illustrated magazine. Bilyalova loves life and is living luxuriously. She travels the world and parties hard with a bunch of her girlfriends. The girls she often promotes on her Instagram account all take care of their bodies, go to the gym and take beautiful pictures together. 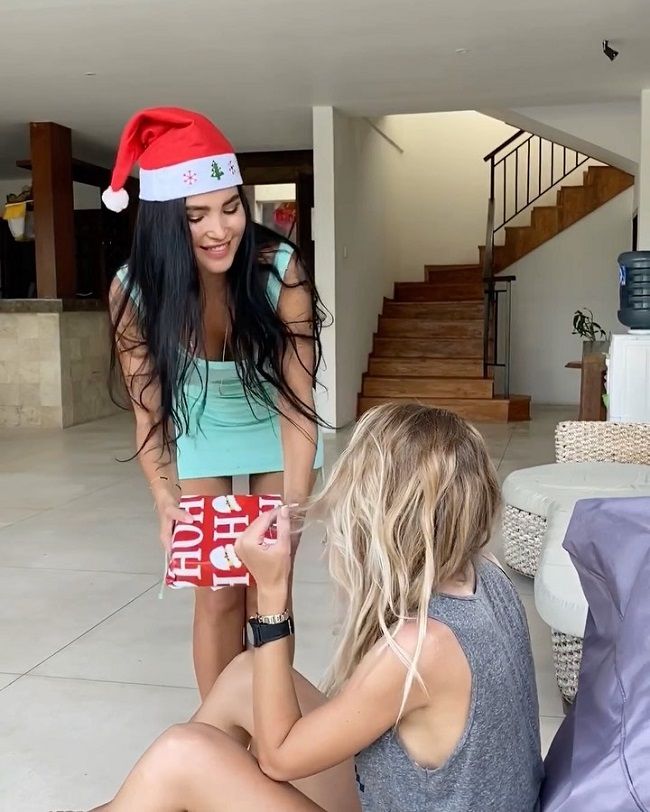 More about her lifestyle

Bilyalova is a fitness freak, and often posts pictures from the gym and shares tips and advice on what to eat and what exercises to do. She has a lot of friends with whom she travels across the globe. Because of her modeling gigs, combining work and pleasure. Her favorite destinations are exotic, tropical locations where she can sunbathe and take selfies in her bikini during the day, and party at night. In 2017, she went to the Amalfi Coast and Mexico and took some beautiful pictures she shared on Instagram. In 2018, however, she spent most of her vacation time in Bali, Indonesia.

Not only is she beautiful, but she is also a comedian and likes to share her playful side with others. She posts a lot of funny stories and comic videos on Instagram where she and her friends act goofy and joke around. There are a lot of her funny video compilations on YouTube as well. She created her self-titled YouTube channel on September 4, 2017.

She also runs a website where you can buy T-shirts and hoodies she designed. The clothes are predominantly black, and the design is quite simple. So, Svetlana decided to go for a minimalistic approach when it comes to her clothes’ design.

Bilyalova took the internet by storm primarily by flaunting her exceptional figure in raunchy pictures posted on her Instagram account. This naturally attracted negative attention and some of her followers soon dug out old pictures of her which revealed a striking difference in her physique between old and new photos.

This sparked rumors that she had undergone a number of plastic surgeries to augment her appearance. While she flatly denied any such claim, fans agree that she now has fuller lips, different nose shapes, and an overall busty and voluptuous body.

Reflecting on her personal love life, she has not shared any information about it. She hasn’t revealed her past relationships and also about her current boyfriend. She is most probably single at the moment. For certain, this young and beautiful lady will have many male admirers but she has managed to keep her personal affairs from the media. However, once on her blog from 2014 she talked about being a mom. Currently, she is focused on her growing business and career.

This pretty personality has a very hot and sexy body. Her body figure is very curvy looking slim. She stands the height of 5 feet 8 inches and weighs around 56 Kgs. She has a pair of hazel eyes and black hair. Moreover, her vital statistics are 34-24-34 inches and she wears a shoe size of 6 (US). She has a beautiful face and her body type is the hourglass. 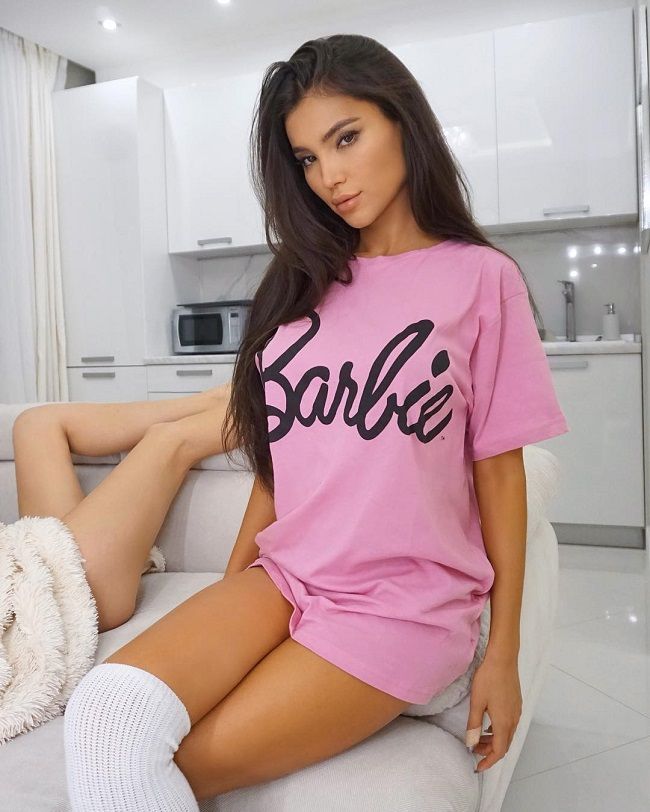 As being a social media freak, she has gathered an impressive number of followers. She is famous on her ‘@svetabily’ Instagram account has earned over 6 million followers. Her self-titled YouTube channel has gained over 5.01K subscribers.

Similarly, she is also active on Twitter with more than 30.2K followers. Bilyalova is also available on TikTok and has gathered more than 341.3K followers and more than 3.3 million likes. Moreover, her official Facebook page has amassed over 239K followers. She has also shared her Gmail, [email protected], for business inquires.

Svetlana Bilyalova has a net worth of around $1 million – $5 million as of 2020. Her primary source of income from her modeling as well as her social media career. A lot of brands use her platform and influence to promote their business, and of course, she gets paid a lot of money for an Instagram post that includes the brand.