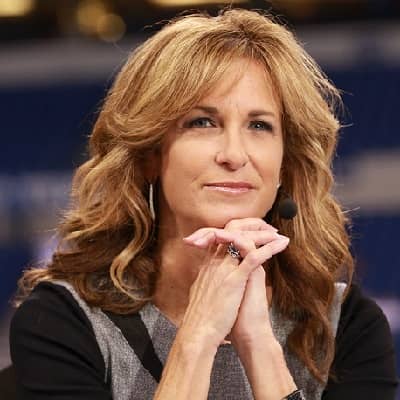 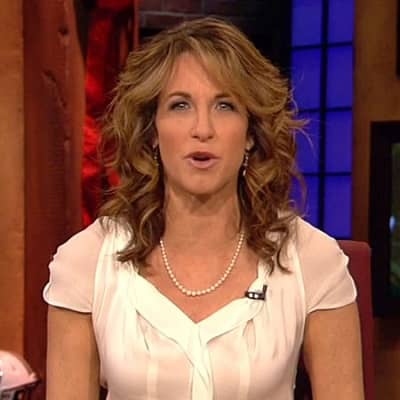 Suzy Kolber is an American reporter, co-producer, and sportscaster on the football sideline for ESPN. Likewise, Suzy Kolber was one of the initial anchors of ESPN2 when it launched in 1993 and three years later, she left ESPN2 to join Fox Sports and rejoined ESPN in late 1999.

Suzy Kolber was born Suzanne Lisa Kolber on May 14, 1964, in Philadelphia, Pennsylvania to a Jewish family. Her current age is 58 years old. Her mother’s name is Sandra Kolber and her father is Gene Kolber.

She went to Sandy Run Middle School in Dresher, Pennsylvania, and is a 1982 graduate of Pennsylvania’s Upper Dublin High School.

Later, she graduated from the University of Miami in 1986 with a Bachelor of Arts degree in telecommunications.  She landed a job as a sports director at Dynamic Cable in Coral Gables, Florida while she was still an undergraduate college student.

Moreover, she was employed there for two years, from 1984 to 1986. During this period, she was also part of the water ski team at the University of Miami.

She received a local Sports Emmy in 1988 during her employment as a producer of the 5:30 p.m. ET sportscast at WTVJ-TV in Miami. Similarly, she received the Maxwell Club Sports Broadcaster of the Year Award in 2006.

Suzy earns a good amount of money from her career as a sportscaster for ESPN. Nevertheless, her actual net worth and salary have not been revealed. 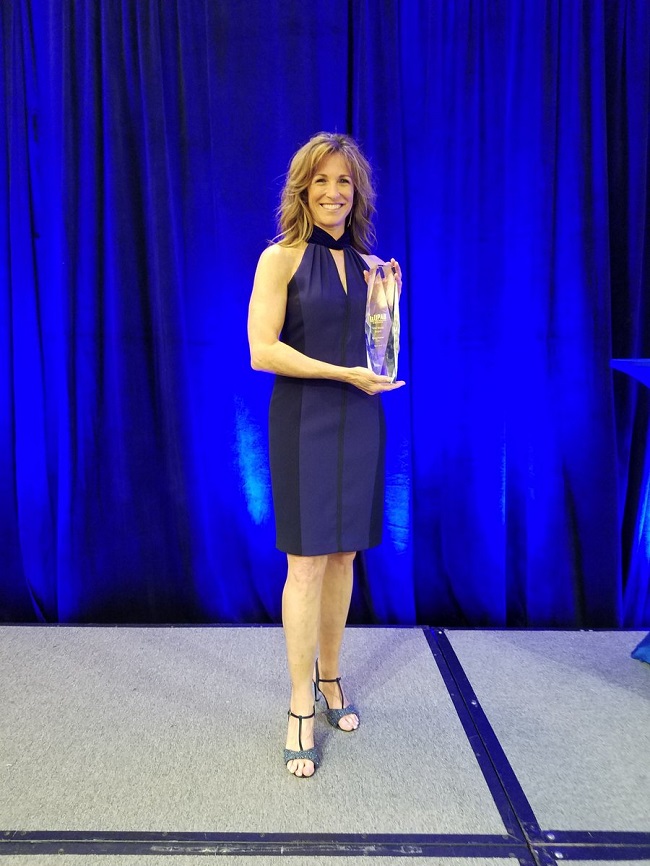 Caption: Suzy Kolber taking a picture as she holds an award. (Source: Twitter)

After graduating from college, one of Suzy Kolber’s first jobs was as a video coordinator at CBS Sports in New York City in 1986. During this period, she was also the producer of the 5:30 p.m. ET sportscast at WTVJ-TV in Miami, a job that she held from 1985 to 1989.

Between 1989 and 1990, she worked as a freelance specials producer for WPLG-TV in Miami. Moreover, she even served as a producer on two magazine shows: ‘Greyhound Racing America’ in Miami, Florida (1988–90), and ‘Cowboys Special Edition’ in Irving, Texas (1990–91).

In 1991, she became even busier as a sportscaster.

Similarly, between December 1991 and 1993, she worked as a weekend sports anchor and weekday feature reporter at WPEC-TV in West Palm Beach, Florida. 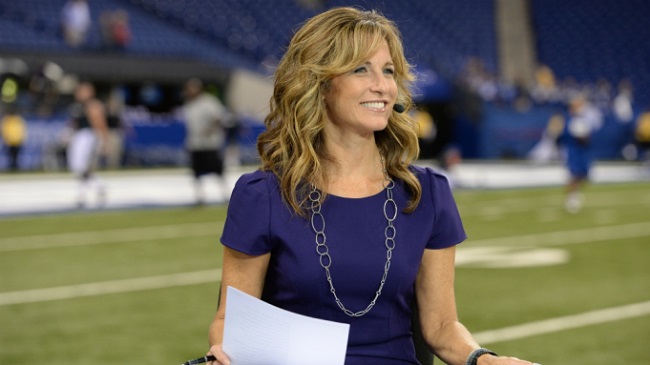 In 1993, she resigned from her job at WPEC-TV to join ESPN. When ESPN2 was launched on 1 October that year, she became one of its first batch of anchors. Likewise, in 1995 and 1996, she covered ESPN’s ‘Extreme Games.’

She has also hosted SportsCenter and NASCAR Countdown and worked as a reporter on College GameDay. She left ESPN for an opportunity to work at Fox Sports in November 1996.

Her earliest job with the channel was as the host of ‘Fox Sports News’ for the Fox Sports Net, which was an emerging network at the time. Among her other responsibilities were covering NFL games and reporting on horse racing events.

For one game in 1998, she joined forces with Pat Summerall and John Madden on ‘NFL on Fox’. She even served as the studio host for ‘NHL on Fox’ during the 1999 season. Later, she came back to ESPN in 1999.

Not wanting to be away from her child for prolonged periods, Kolber expressed her desire to do more studio work. Given her request, ESPN originated NFL32 in September 2011 with her and Chris Mortensen as hosts.

Similarly, she is still affiliated with ‘Monday Night Football as a producer.

Suzy Kolber has been married to Eric Brady since 2008. The couple welcomed their daughter, Kellyn Brady in the same year, 2008.

On December 20, 2003, she retired from Jets quarterback Joe Namath stated twice that he would like to kiss her and did not care about the fact that the team was struggling during an interview with Kolber, r. Kolber replied that she would take this as a huge compliment.

This incident garnered national attention and Namath was heavily criticized for his behavior. Later he issued a public apology and stated that his alcoholism had caused him to behave like that. 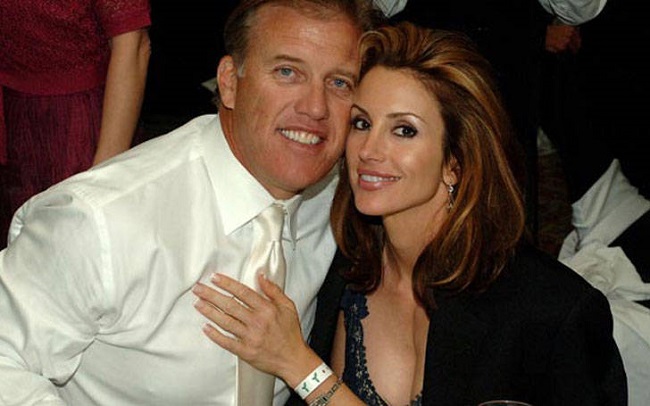 In addition, she also has a Facebook page with the username @SuzyKolberNFLonESPN which has 8k followers.

Suzy has beautiful light brown hair and blue eyes. She stands at a height of 5ft 7in (170 cm). There is no information regarding her weight and other body measurements.