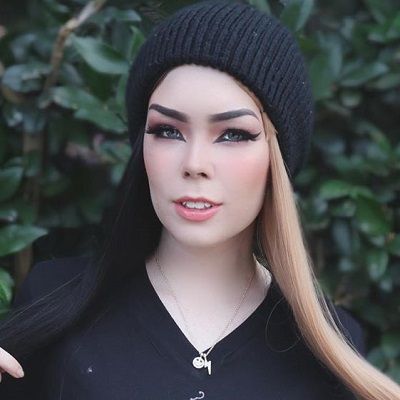 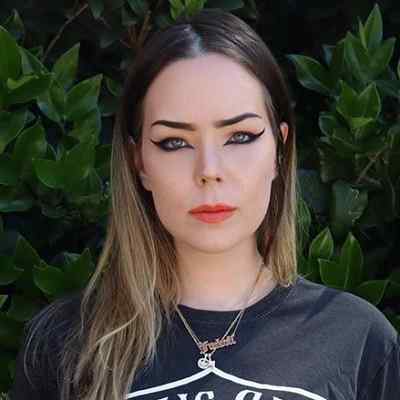 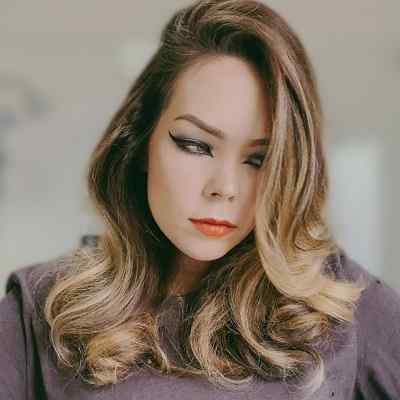 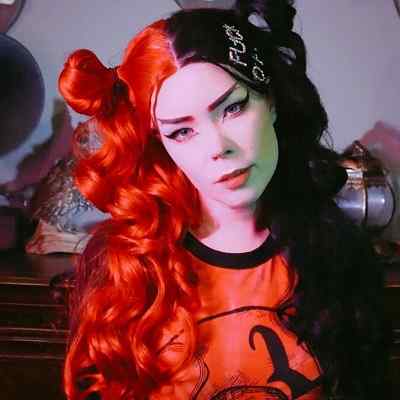 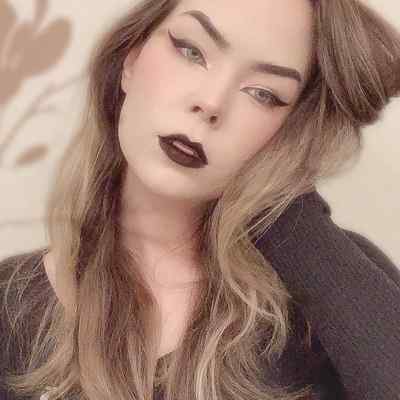 Suzy Berhow is an American social media personality. Suzy Berhow is also Youtuber couple with her husband Arin Hanson, who is a co-host of “Game Grumps”. She also has three Youtube channels namely “Mortem3r”, “KittyKatGaming”, and “Meeperfish”. Moreover, at present, she also does art and design for Psychic Circle Oddities.

Suzy Berhow was born on July 3, 1989, and she is currently 31 years old. She is originally from Orlando, Florida and her zodiac sign is Cancer. Further, her full name is Suzanne “Suzy” Berhow but is most popular as Mortem3r, her social media identity. Talking about her family, Suzy has altogether five elder brothers and sisters. Suzy has an identical twin sister named Jean who is 15 seconds older than her. Jean runs the YouTube channel Jean Bug. Further, Suzy is the youngest of six children and her other siblings are brothers named Matt, Charlie, and Joey; and sister Ginger.

Other than this, there is no information about her parents and other family details. On 28 November 2019, she mentioned in a Thanksgiving post that this was her first holiday without her mom.

Likewise, regarding her educational background, the only fact available is that she graduated high school from a local school in Orlando. However, the name of the institutions or the year of graduation is not available. 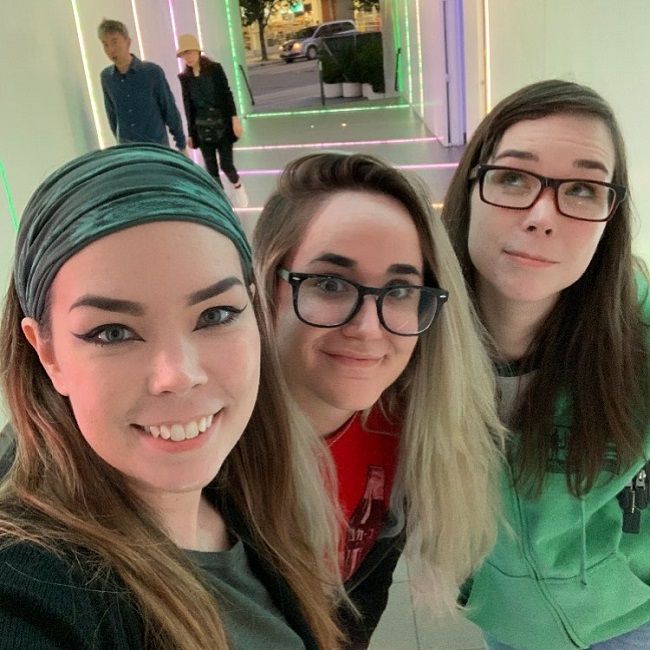 Caption: Suzy Berhow with her twin sister Jean and a friend. Source: Instagram

Professionally, Suzy Berhow is a social media personality, She is primarily a YouTube personality popular for being part of the internet sensation Game Grumps. Apart from this, she also runs the channels “Mortem3r” and “Kitty Kat gaming”. Suzy created her personal channel on April 27, 2012.

Likewise, she has also co-hosted “Table Flip” on the Polarisgo website and has appeared in many other online series. Further, Suzy was also a member of the Polarisgo team along with Mark Fischbach, AKA Markiplier. Suzy also occasionally co-hosts on “Steam Train”. Prior to her social media fame, Suzy also worked as a model for about two years. She also does art and design for Psychic Circle Oddities.

She has three Youtube channels at present. Her main channel is “Mortem3r” and this channel consists of makeup tutorials and fashion videos. These videos are accompanied by numerous miscellaneous videos. Furthermore, Suzy also reviews the “Birch Box” packages monthly and also the men’s versions with Arin. Her pet cats Mochi and Mimi also make occasional appearances on her channel.

Her second channel is “Meeperfish”. On this channel, Suzy makes cartoons using voice acting usually done by Arin. Apart from Arin’s, Suzy also lends voice to her cartoon characters from other people, including herself, Jon, Ross, Danny, Oney, Jaxamoto, and El-Cid.

Moreover, Suzy has made one of her own “Game Grumps Animated” and plans to make more. The last video dates back to March 2013. It is likely that Suzy either stopped making cartoons on the channel or has the channel put on an indefinite hiatus.

Moving on, her third channel is “KittyKatGaming”. It is a Game Grumps affiliated channel and features games that she played as well as the occasional guest to tag along. Moreover, Suzy is often credited with helping Arin’s cartoons.

For Mental Health Awareness Month in May 2014, Suzy Berhow made a video talking about mental illness and explained that she is Bipolar Manic depressive and has had it since she was about 14 years old. 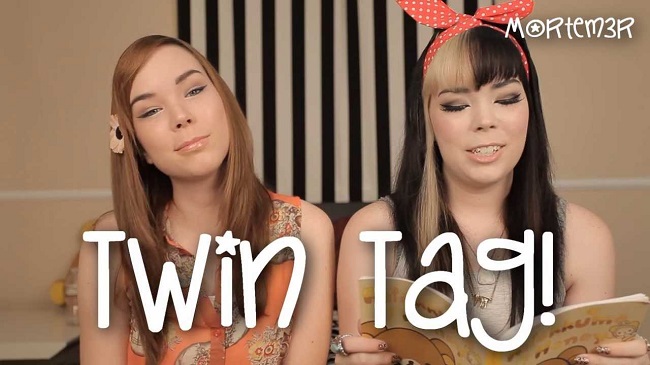 Suzy Berhow shares in a Q&A video that she is the manager for Game Grumps and she is also mostly around the office while the Grumps are recording. On her Tumblr, she has stated that she has woken up to Jon’s screaming while he and Arin were recording many times. She has also appeared very briefly in Arin’s Gotta Poo, alongside Barry and Mimi, when Jon starts recording a video and walks out of the Grump Room.

Suzy makes her first vocal appearance in Pay Your Workers after Arin tries to call Barry into the room, and she can be heard saying “He’s pooping.” Likewise, Suzy makes her first appearance as a player in the Mario Party 4 Steam Rolled series, playing alongside Arin, Barry, and Ross. She has now become a recurring player on the Steam Rolled episodes, replacing Danny.

Arin has suggested several times that she would play The Lion King on Game Grumps while he and Jon commentate. On 14 February 2014, Suzy appeared alongside Arin on two Valentine-themed episodes on Game Grumps, called “Date Grumps”. Moreover, Arin and Jon call her “Suzy the Goose”.

One of these was The Lion King, and the other was Super Paaauzzle Fighter II Turbo. On Instagram, Game Grumps posted a photo of Suzy captioning it that Suzy is working on a new fan showcase show on the Game Grumps channel.

The name and format of the upcoming series are still unknown, but it is speculated that the show will be Suzy announcing and discussing new fan material, like fanart, Game Grumps animated and remixes, making the Game Grumps fan content more known.

Then on 25 June 2014, a new intro debuted on “Steam Train” with the first episode of King’s Quest VI on the show’s one year anniversary. All the five grumps were featured in the intro which suggested that Suzy (along with Barry) featured in the series outside of Steam Rolled as well. This was confirmed by Ross on Reddit, and Barry made his first official appearance in Cliffhorse. After two days, she made her official appearance on Mount Your Friends. 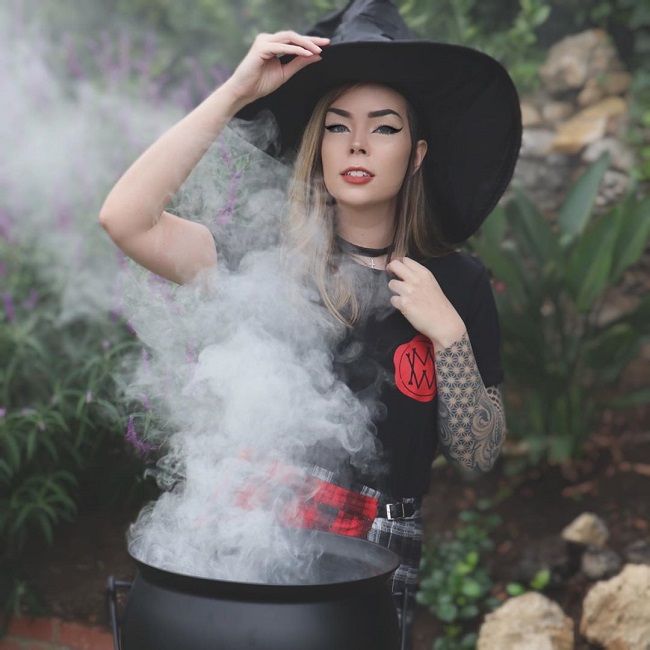 Suzy and Barry together have a series named Table Flip. In this series, they along with certain guests play various tabletop games, like board games, card games, dice games, miniature wargames, tile-based games, and other games that are normally played on a table or other flat surface. This series is different from that of Game Grumps, Steam Train, and Grumpcade as they play video games but not this.

Suzy made the props for the Ninja Sex Party videos “Let’s Get This Terrible Party Started”, “Party of Three”, “Attitude City”, and “Why I Cry”. She also appeared in the video for “6969” and colored the animations in “Dinosaur Laser Fight” alongside Arin.

On 22 July 2014, Suzy Berhow made the channel KittyKatGaming. On January 1st, 2015 she uploaded the introduction video for her channel explaining the content. Sometimes in Game Grumps videos, this channel is advertised in the Scribey template.

Suzy Berhow is a married woman and her husband is Arin Hanson. They tied the knot after 11 years of relationships. Their wedding date is 24 October 2013. Prior to this, they met each other in an anime convention and started dating in 2002. Arin proposed to her in 2011. Further, the family has three cats, Mochi, Mimi, and just recently adopted a kitten named Otto. 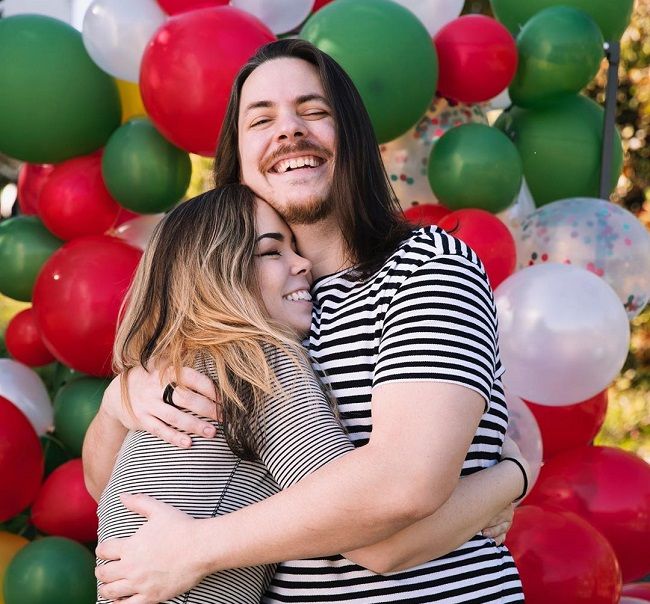 Suzy Berhow has a height of approximately 5 feet 6 inches. However, her other body measurement stats including weight, chest-waist-hip measures, dress size, shoe size, etc are not available. Likewise, Suzy has hazel eyes and brown hair that she often dyes blonde.

Talking about her social media presence, Suzy Berhow joined Twitter in January 2009 and at present has over 400K followers on her @Mort3mer account. Likewise, she also has 4,476 posts shares and 406k followers on her @mortemer Instagram handle.

Moving on, there is no information regarding her net worth and earnings. However, the Game Grumps has a net worth of approximately $15 million.