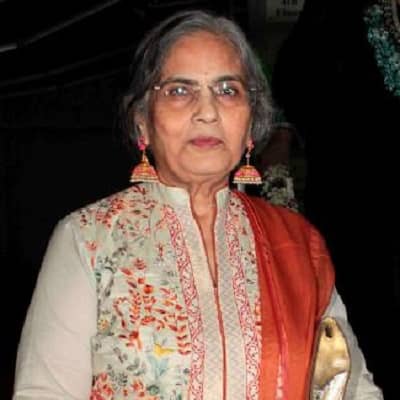 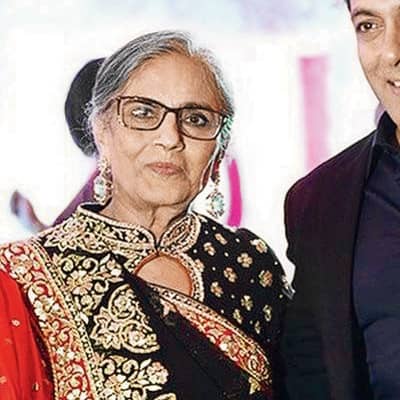 Sushila Charak was born in the year 1946 and is currently 76 years old as of the year 2022. She hails from Mahim, Mumbai. Talking about her family, Sushila Charak’s parents are father Baldev Singh Charak.

Sushila’s father is a Dogra Rajput, a Hindu, and he comes from Jammu-Kashmir. Similarly, Sushila’s mother comes from Maharashtra. Other than this, there is no information regarding Sushila Charak’s educational journey.

Sushila Charak is popular as the celebrity wife and celebrity mother. Her husband is a prominent Indian actor, producer, and screenwriter. Likewise, her children are all prominent actors, film producers, and designers.

Furthermore, Sushila Charak is famous as the celebrity mother of Salman Khan, an Indian film actor, producer, occasional singer, and TV personality. Salman is probably the most popular among her children in the Indian cinema in comparison to his other siblings. Salman’s film career spans over thirty years. Sushila’s eldest son has also received numerous awards. Some of them are two National Film Awards as a film producer and two Filmfare Awards for acting.

Additionally, “Forbes” included Sushila’s eldest son, Salman Khan, in their 2015 list of Top-Paid 100 Celebrity Entertainers in the world. In the list, Sushila’s son tied with Amitabh Bachchan for No. 71. Both the actors had earnings of $33.5 million. 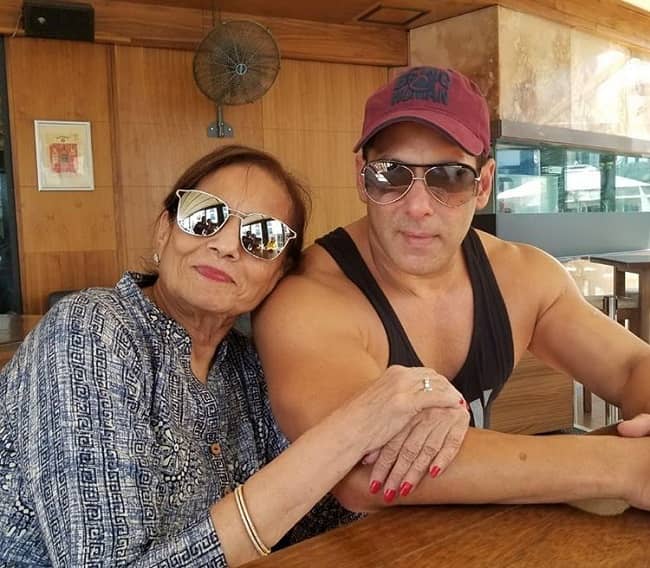 Further, according to the “Forbes” 2018 list of Top-Paid 100 Celebrity Entertainers in the world, Salman Khan was also the highest-ranked Indian. Her son was in the 82nd rank with earnings of $37.7 million. Likewise, Salman Khan is also famous as the host of the reality show, Bigg Boss since the year 2010.

Talking about Sushila Charak’s husband’s professional life, Salim is a screenwriter, actor, and producer. Salim wrote the screenplays, stories, and scripts for numerous Bollywood films. In Hindi cinema, Sushila’s husband is most popular as one half of the prolific screenwriting duo of “Salim–Javed”, alongside Javed Akhtar. 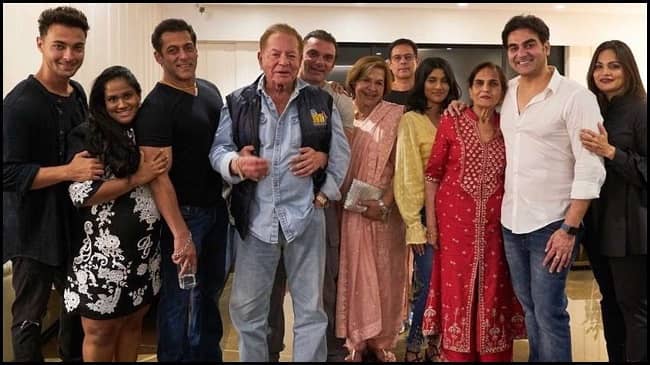 Caption: Sushila Charak posing for a photo with all her family members. Source: DNA India

Sushila Charak married Salim Khan on 18 November 1964. Sushila and Salim are parents to their three sons namely, Salman, Arbaaz, and Sohail, and one daughter named Alvira Khan Agnihotri. Sushila’s husband is a famous Indian film actor, producer, as well as a screenwriter. Furthermore, Sushila Charak changed her name to Salma Khan. She also changed her religion from Hinduism to Islam.

Likewise, their son Salman Khan is one of the most commercially successful actors of Indian cinema. Moreover, the couple’s other sons, Arbaaz Khan and Sohail Khan are also prominent actors and film producers. Arbaaz Khan shares a son named Arhaan Khan with his ex-wife Malaika Arora. The couple was together from 1998 till 2017. 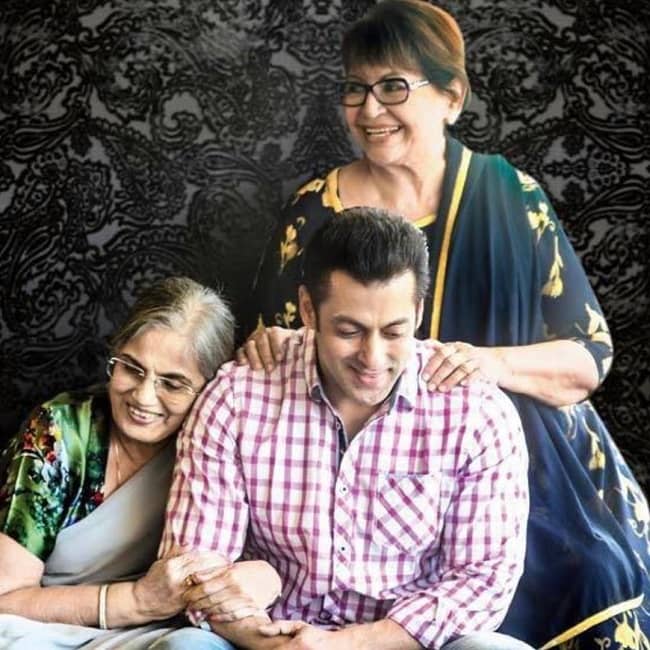 Talking more about their relationship, Sushila and Salim met each other 5 years prior to their marriage in 1964. Later in the year 1981, Sushila’s husband married actress Helen Richardson. Despite being the two wives of the same person, Helen and Sushila maintain a good friendship.

Helen is a Christian lady having an Anglo-Indian father and Burmese mother. Some years later, Helen and Salim adopted a girl named Arpita. Their adopted daughter’s birth mother is a homeless woman who died on a Mumbai footpath.

Moreover, Arpita is married to Aayush Sharma and they have a son named Ahil Sharma.  Ayush is a public figure and he is also the grandson of Sukh Ram, a former Minister of Himachal Pradesh and long-time member of the Congress party.

Sushila Charak stands tall at an approximate height of 5 feet 4 inches or 1.65 meters and weighs around 55 kgs or 121.25 lbs. Sushila actually had a huge/drastic weight loss in the year 2014. Similarly, Sushila’s chest-waist-hip measures around the specifications 33-26-33 inches respectively. Further, Sushila Charak has dark brown eyes and hair of the same color which has now turned grey due to aging.