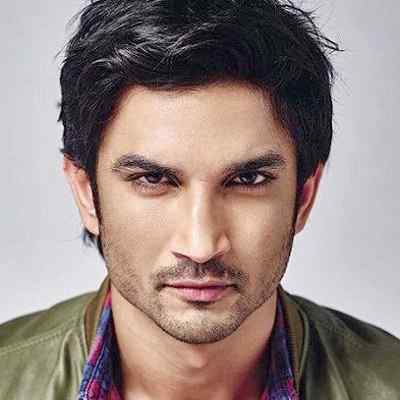 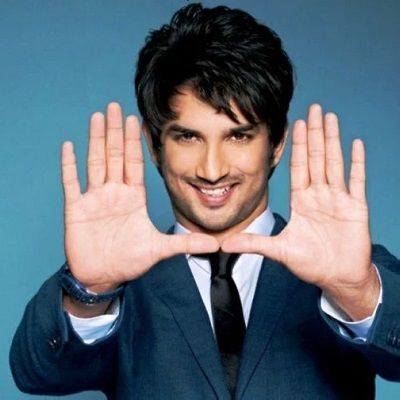 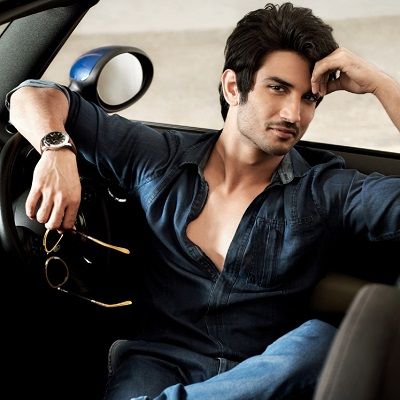 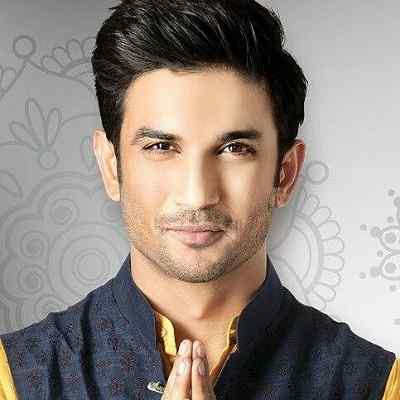 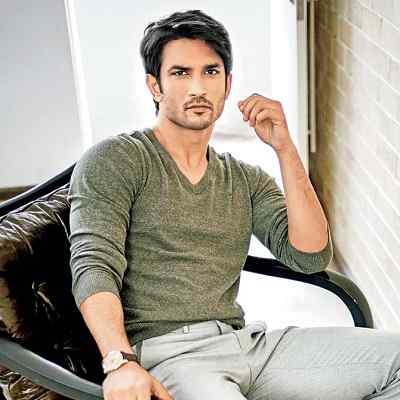 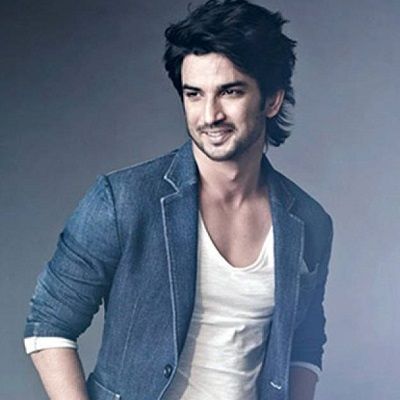 Sushant Singh Rajput was a prominent actor in Indian Cinema. Sushant Singh Rajput started with Television series and went up to star in some of the highest-grossing films in India like “M.S. Dhoni: The Untold Story”, “Kai Po Che!”, “PK”, “Kedarnath”, and “Chhichhore” among many others. He was apparently suffering from depression for almost six months when he was found dead in his residence on 14 June 2020.

Sushant Singh Rajput was found dead at his Mumbai residence in an apparent suicide by hanging in his home in Bandra, Mumbai. However, the police have found no suicide note to date.

The actor was only 34 years old and he had been suffering from depression for about six months.

Manoj Sharma, the Additional Commissioner of Police of Western Region told the reporters, “He has committed suicide at his residence in Bandra. Our team is there.”

His team released a statement:

“It pains us to share that Sushant Singh Rajput is no longer with us. We request his fans to keep him in their thoughts and celebrate his life, and his work as they have done so far.

We request the media to help us maintain privacy at this moment of grief.”

Fans, Bollywood stars, and politicians alike have poured their condolences to the late actor. As news of his demise broke, #SushantSinghRajput became the top trend on Twitter.

“A bright young actor gone too soon. He excelled on TV and in films His rise in the world of entertainment inspired many and leaves behind severable memorable performances.

Shocked by his passing away. My thoughts are with his family and fans”.

The remarkable actor’s shocking news came after a week after his manager Disha Salian died on Monday. He announced the news on his Instagram story and wrote,

“It’s such devastating news. My deepest condolences to Disha’s family and friends. May your soul rest in peace”.

Disha apparently committed suicide by jumping off a building in Mumbai on Monday, June 8, 2020. Though they rushed her to a hospital in Borivali she couldn’t survive the fall and was declared dead.

Paying condolences to the late actor, Shashi Tharoor wrote in his tweet:

“Deeply shocked &saddened by the news of #SushantSinghRajput’s untimely &tragic passing. Aside from his talented acting,

he was a kind-hearted man who donated Rs 1.25 crores to the CM’s relief fund during the Kerala floods. May his loved ones find the strength to bear this loss.”

Union Minister Ravi Shankar Prasad tweeted, “Shocked to learn that super talented actor #SushantSinghRajput is no more. He was from my city Patna.

Remember meeting him in Rashtrapati Bhawan during the oath-taking ceremony last year. He had told me that his family lived in Rajiv Nagar, Patna. He had miles to go and he left too soon.”

“Honestly this news has left me shocked and speechless…I remember watching #SushantSinghRajput in Chhichhore and telling my friend Sajid,

its producer how much I’d enjoyed the film and wish I’d been a part of it. Such a talented actor…may God give strength to his family.”

Ekta Kapoor gave him his start as an actor and she tweeted, “Not fair Sushi! One week everything changed! Not fair my baby!”.

Ekta attached a screenshot of the Instagram exchange the two had some days ago. This also revealed a story of how the channel that aired Pavitra Rishta hadn’t wanted the actor to be cast in the lead.

However, she did not explain what she meant about everything changing in “one week”. 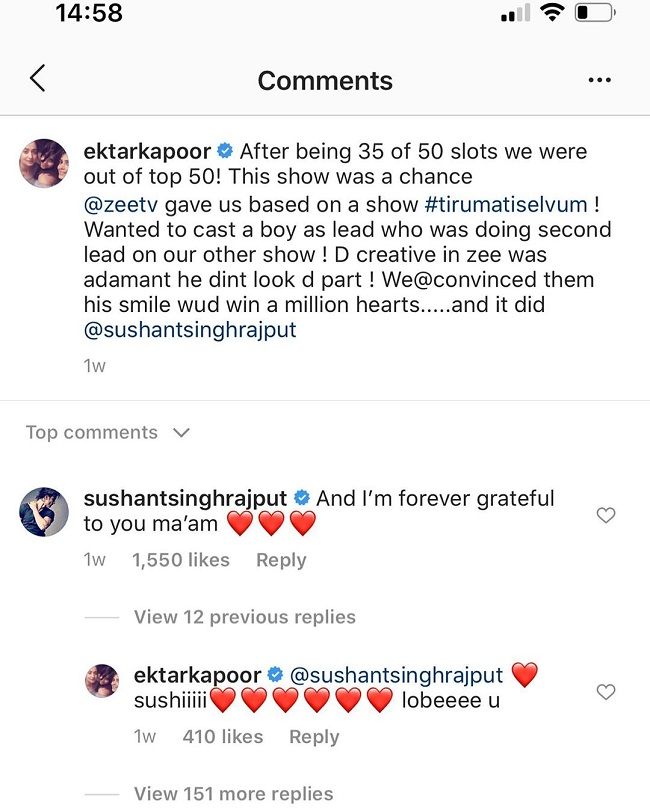 Caption: Sushant Singh Rajput passed away on 14 June 2020 and Ekta Kapoor shared this on her tweet paying condolence to the late actor. Source: Twitter

On 25 July 2020 Rajput’s family caught a first information report with police in Patna, where his father lives, accusing Rhea Chakraborty and five others of abetment of suicide.

and ordered the CBI to look into any future cases registered in relation to his death.

On 8 September 2020, NCB arrested Rhea Chakraborty in a drug case linked to the investigation of the death probe.

Prior to the arrest, the other nine were also arrested in the drug case including Rhea’s brother, Showik Chakraborty.

Sushant Singh Rajput was born on 21 January 1986 and he is originally from Patna, Bihar, India. His parents are father Krishna Kumar Singh and mother Usha Singh.

Likewise, he has four elder sisters and one of them is Mitu Singh, a state-level cricketer. He was only 34 years old at the time of his untimely demise on 14 June 2020, in the time of the global pandemic of COVID19.

Talking more about his family, Sushnat’s ancestral home is in Bihar’s Purnea district. Moreover, his mother’s demise in the year 2002 left him devastated.

The same year, the Rajput family moved from Patna to Delhi.

He shared that he had ranked seventh in the DCE Entrance Exam in the year 2003. He also secured admission to the Bachelor of Engineering (Mechanical Engineering) class at Delhi College of Engineering.

Likewise, he was also a National Olympiad Winner in Physics. Additionally, the actor cleared as many as 11 engineering entrance exams. This also included one for the Indian School of Mines.

After he started participating in theatre and dance, he rarely had time for studies. Due to this, he experienced several backlogs that ultimately made him leave DCE.

Later, he completed only three years of the four-year course. He dropped out to pursue an acting career.

While he was still a student at Delhi Technological University, Sushant Singh Rajput enrolled in Shiamak Davar’s dance classes.

During this time, some of his friends in the dance class were interested in acting. They were attending Barry John’s drama classes.

Being influenced by his friends, Singh Rajput also joined the acting classes.

During this time, he found his passion for acting. He said:

“I found the experience liberating. I realised that I could communicate with the audience and I knew I wanted to do this forever.”

A few months later after joining the dance class, he was selected to be a member of Davar’s standard dance troupe. Then in 2005,

they chose him as one of the group’s background dancers at the 51st Filmfare Awards. A year later, he was part of the troupe that went to Australia.

It was to perform in the cultural program at the opening ceremony of the 2006 Commonwealth Games.

By this time, he was tired of engineering. He was rather happy and successful in the dance and drama classes. Hence, he decided to do what he was good at.

Later, he dropped out of engineering and devoted himself full-time to dancing and acting.

To make a break into films, Sushan then moved to Mumbai and joined Nadira Babbar’s Ekjute theatre group. He remained there for two and a half years. 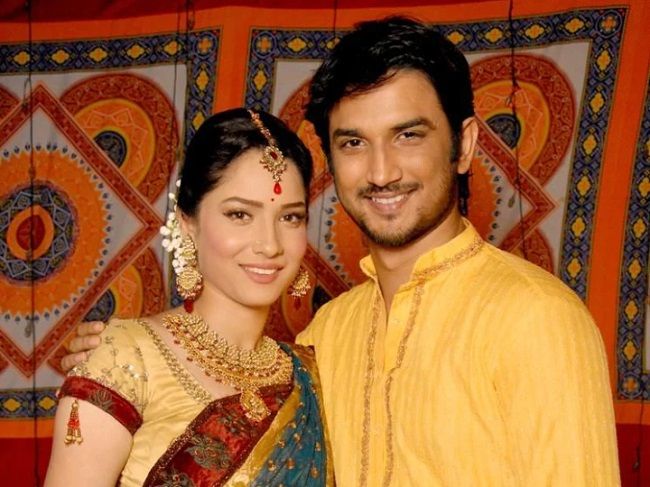 The casting team of Balaji Telefilms saw his personality and acting talent in the year 2008. It was when he was on stage for one of Ekjute’s plays.

The team invited him to audition for them. Later he landed the role of Preet Juneja in Kis Desh Mein Hai Meraa Dil.

For this series, the character was killed quite early in the show. However, they brought him back for the series finale.

It was in the form of a spirit looking on as his family celebrates after going through difficult times. It is all because he character was such a popular character with the viewers.

Then in June 2009, he began acting in Pavitra Rishta as Manav Deshmukh. His character in this series was a serious and mature character working as a mechanic to support his family.

He received wide appreciation for this series and he also received three major television awards for “best male actor” and “most popular actor”.

Moreover, his role as Manav Deshmukh was also his breakthrough that gave him a stepping stone into films.

Initially, Zee TV didn’t accept him when the producer Ekta Kapoor cast him as the lead for Pavitra Rishta.

It was because he was playing the parallel lead in Kis Desh Mein Hai Meraa Dil. Nevertheless, Ekta Kapoor convinced Zee TV to accept him.

He joined the dance reality show called Zara Nachke Dikha 2 in May 2010. In this show, he was a part of the Mast Kalandar Boys Team.

Simultaneously, he did the shooting for both Pavitra Rishta and Zara Nachke Dikha 2 at the same time. On the Mother’s Day special episode, the team dedicated a performance to his late mother.

Further, in December 2010, he participated in another dance-based reality show called Jhalak Dikhhla Jaa 4. For this show, he paired with choreographer Shampa Sonthalia.

In October 2011, he decided to quit Pavitra Rishta to pursue a film-making course abroad. Later in November 2011, Singh Rajput quit the series and was replaced by Hiten Tejwani. B

ut Tejwani paved way for him in October 2014. He appeared in the final episode aired on 25 October 2014 as Manav again.

He then auditioned for Abhishek Kapoor’s Kai Po Che! They selected him to play one of the three leads alongside Rajkumar Rao and Amit Sadh.

This film is based on Chetan Bhagat’s novel The 3 Mistakes of My Life. he portrayed the role of Ishaan Bhatt. Ishaan is an ex-district level cricketer who is also a victim of politics in the cricketing selection fraternity.

He then went on to star in Shuddh Desi Romance alongside Parineeti Chopra and Vaani Kapoor. Maneesh Sharma directed this movie whereas Yash Raj Films produced it.

This film deals with the subject of live-in relationships and they filmed it completely in Jaipur, Rajasthan.

In the year 2014, he landed a role in the highly acclaimed film PK which also stars Aamir Khan and Anushka Sharma.

Although his role was relatively minor, this film gave him the opportunity to work with well-known actors of Bollywood. 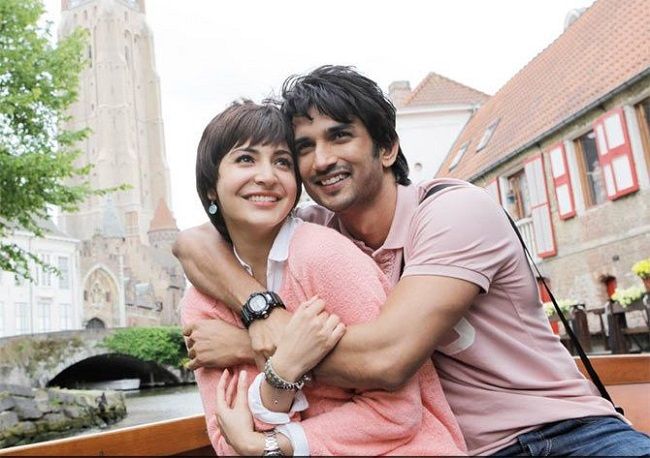 Then in 2016, he appeared in Neeraj Pandey’s biographical sports film M.S. Dhoni: The Untold Story. He portrayed the lead role of Indian cricketer Mahendra Singh Dhoni.

For his performance in this film, Singh Rajput received his first nomination for the Filmfare Award for Best Actor.

Then in 2017, he appeared in Dinesh Vijan’s Raabta and co-star with Kriti Sanon. In 2018, he starred in a love story set in the backdrop of the natural calamities of Kedarnath, Uttarakhand. It was Kedarnath which co-starred Sara Ali Khan.

Later in the year 2019, Singh Rajput appeared in Sonchiriya opposite Bhumi Pednekar. He also appeared in Chhichhore opposite Shraddha Kapoor.

Later the same year, he also appeared in Netflix’s Drive alongside Jacqueline Fernandez.

Likewise, NITI Aayog signed him to promote the Women Entrepreneurship Platform (WEP). It is the policy think-tank of the Indian government.

Apart from acting and running Innsaei Ventures, he was also actively involved in various programs including Sushant4Education. It was an effort to help young students.

Sushant Singh Rajput was an unmarried young guy at the time of demise. However, earlier, he was in a romantic relationship with his co-star Ankita Lokhande for six years.

Sadly, the lovers parted ways in the year 2016. He was also rumored to be in a relationship with actress Rhea Chakraborty.

Other than this, there is very little information regarding his body measurement stats like chest-waist-hip measures, biceps. He had dark brown eyes and hair of the same color. 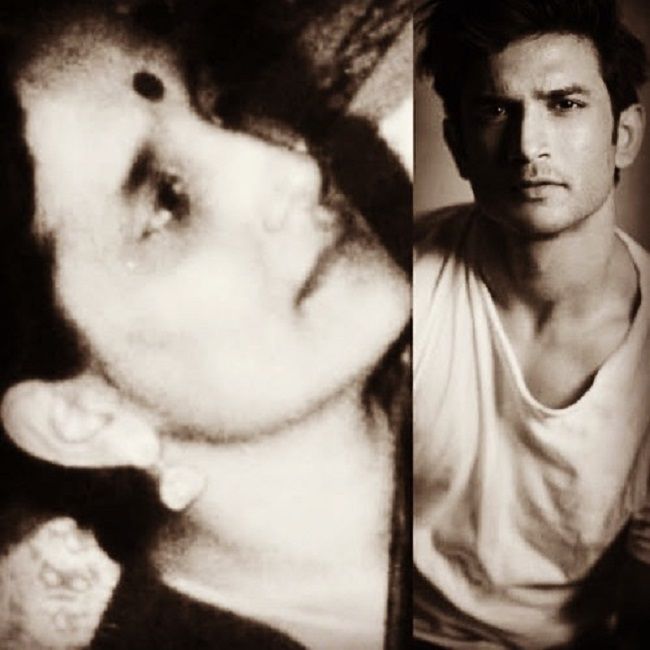 Talking about his social media presence, Singh Rajput joined Twitter in October 2014 and went by the username @itsSSR.

He had shared 87 posts and earned over 10.7 million followers on his self-titled Instagram account before his untimely demise. His last post was a tribute to his late mother a week ago. He wrote:

Blurred past evaporating from teardrops
Unending dreams carving an arc of smile
And a fleeting life,
negotiating between the two…
#माँ ❤️