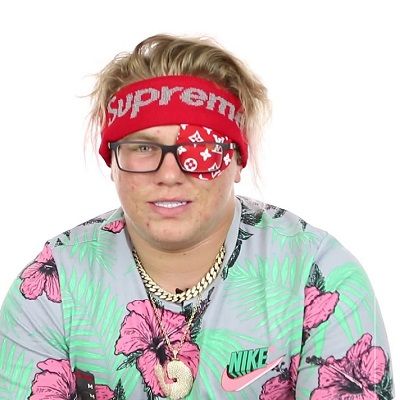 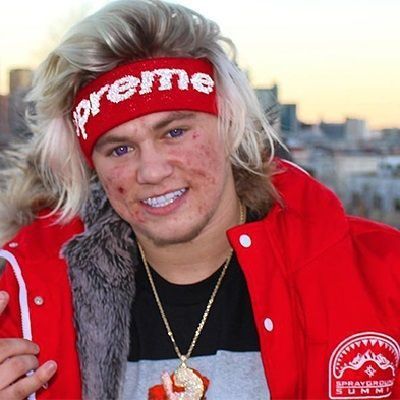 Supreme Patty is an American comedian and entertainer on Instagram as well as a rapper. Supreme Patty has earned many fans following through his Social media career.

Supreme Patty is 25 years old as of 2022. He was born on December 18, 1997, in Daytona Beach, FL. His birth name is Patrick Wallace and his birth sign is Sagittarius.

His father’s name is Bill and his mother’s name is Angie Wallace. Further, his parents got separated when he was around 3 years old. He is not talking on terms with his father. His mother worked in a nursing home to support the family.

However, he grew up in Daytona Beach with his sister Katie who was featured in his first-ever Instagram photo. Likewise, he holds an American nationality and his ethnicity is still unknown.

Regarding his educational background, Supreme attended Sugar Mill Elementary School and Ormond Beach Middle School. He didn’t complete his high school education as he dropped out of Seabreeze High School.

In high school, he got involved with the wrong people, which drove him to consume drugs. Ultimately, he became addicted to drugs and dropped out of high school.

Following this, he also got attacked by depression and even tried to attempt suicide. He even once dropped off a bridge to commit suicide, after which he was admitted to an emergency detention center to reevaluate his life.

Supreme earned his ‘General Educational Development’ certificate (high school diploma) after coming out of the rehabilitation facility. Then he joined ‘Santa Fe College’ in Gainesville, Florida.

Young and talented Supreme Patty has earned a decent sum of money being a social media influencer. He has an estimated net worth of around $300k.

Likewise, he has around 6.1 million followers on Instagram, around 48k followers on Twitter, and more than 350k followers on Facebook. Further, he has 522k subscribers on the Youtube channel. He also has a website where he trades his signature clothing and accessories.

Talking about Supreme’s professional life, he is a popular American actor, film producer, screenwriter, comedian, and stunt performer. His first upload on his Instagram was on August 29, 2013. He uploaded a picture of Supreme with his sister.

Likewise, he ventured into the social-media arena in 2013.  He started sharing his comedy skits on his account in March 2017.

Likewise, many of his sketches involve putting food, drinks, and or condiments in a bong, smoking weed out of it, and then consuming what’s left. His cabal and fanbase are called the “Lil Dick Gang” and is the CEO of Lil Dick Gang.

Moreover, the online pseudonym, “Supreme Patty,” was produced through an online name generator. Eventually, he started making ‘Vine videos. The first ‘Vine’ which viral and showed him eating three hot dogs in less than 5 seconds.

Later, the video was “refined” by actor Orlando Bloom. He skyrocketed a massive fan base overnight and emerged as a prankster. He eventually became popular for his delicate and offensive pranks.

Similarly, he is famous for his stunts and challenges. Some of which have gotten him either arrested or hospitalized. He often burns random liquids, foods, and items such as hot sauce, out of a bong, and drinks the leftovers.

He has even made a video of him eating spaghetti with marinara sauce, garnished with detergent pods. One of his most dangerous stunts of him includes squeezing lime in his eyes before snowboarding. Unfortunately, the stunt landed him in the hospital.

He was also got once arrested for inciting a riot at a FaZe Bank and Fatboy SSE pop-up shop. Despite these factors, he has successfully gained a huge fan base

One of his most  popular rap songs is ‘Gelato,’ which has garnered over three million “views” on ‘YouTube.’ His music video titled ‘MAD’ has gained over a million “views.”

Apart from being a social-media prankster, he is also an upcoming rapper. He has also published music on SoundCloud in collaboration with A. Millz.

On September 13, 2019, he released his first music video, Money On My Mind. In November 2019, the video got more dislikes than likes on Youtube.

In March 2017, he started posting comedy sketches. He has a fanbase “Lil Dick Gang.” His video titled ‘I GOT ALL MY ACNE REMOVED!!’ which has got over a million people.

The video chronicled his acne treatment through laser. Previously, he was bullied in school because he had a face full of acne and also had crooked teeth. 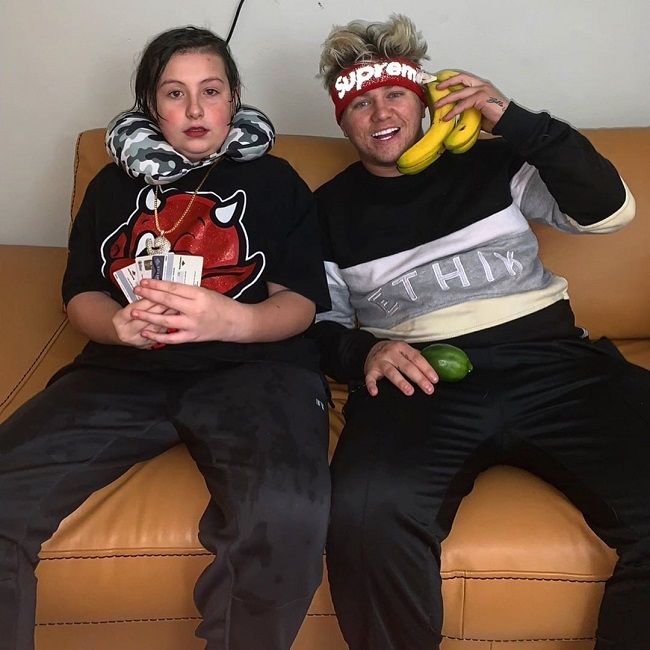 Reflecting on Supreme Patty’s relationship status, he is in a relationship. He is dating Meghan Marie who is an American model. They seem to be very happy and keep on posting good pictures of each other.

Further, they seem to take the relationship forward, and no sign of a breakup anytime soon. 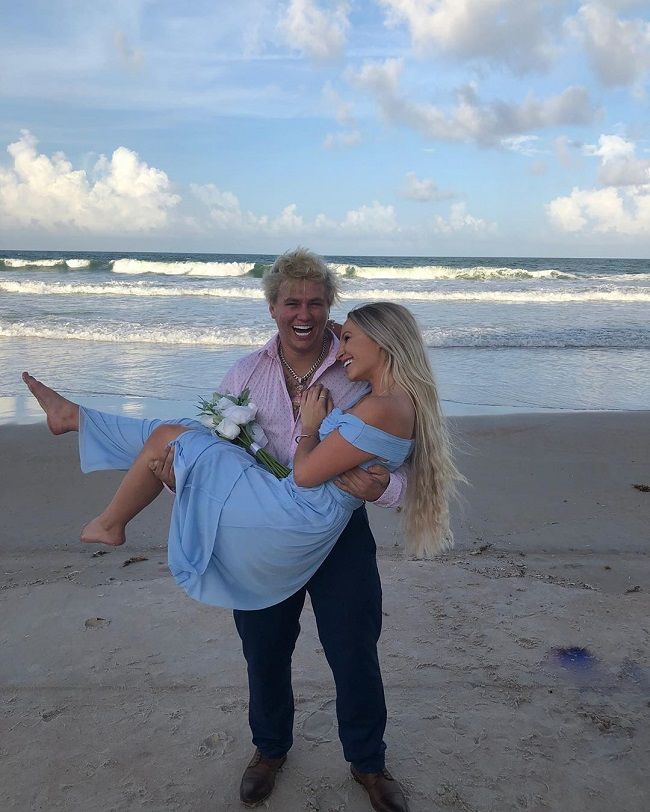 Previously, he once got into an accident that led his ‘Instagram’ page to be deluged with condolence messages. In another incident, he got rumored to be dead due to a disease called Ligma. later, he was exposed there is no such disease in the medical world.

Supreme Patty stands at a height of around 5ft 6in. He normally wears a red supreme headband in his videos.