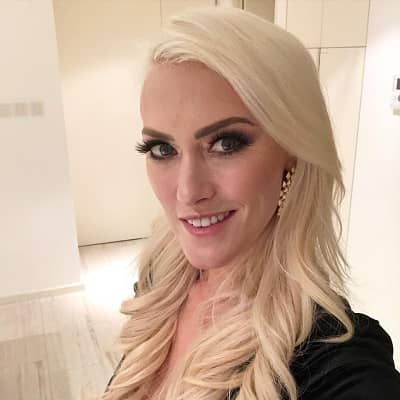 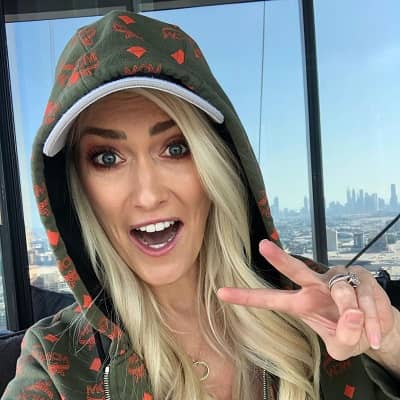 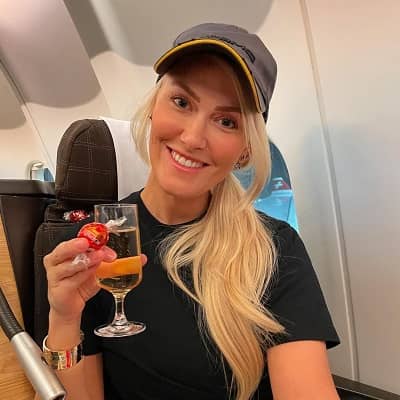 Supercar Blondie is an Australian social media personality based in Dubai, United Arab Emirates. Supercar Blondie is a presenter and vlogger popular for the automotive videos she posts in it. Likewise, she regularly posts on her Facebook, Instagram, and Youtube accounts.

Supercar Blondie whose birth name is Alexandra Mary Darvall was born on 21st September 1985 and will be 35 years old in the year 2021. Being born in late September, her zodiac sign is Virgo. Likewise, she was born in Brisbane, Australia, and holds Australian citizenship. Similarly, talking about her ethnicity and religion, she belongs to the Caucasian ethnic group and follows Christianity. She has not much share information about her parents and family in the media. Similarly, there is no information about her siblings in the media.

Talking about her childhood, Alex has been passionate about cars since a very young age. Likewise, the first car she owned was a Mitsubishi Lancer. Furthermore, talking about her educational background, she went to the Queensland University of Technology where she got a degree in Journalism & Business. Later she went to Dubai in the year 2008.

Followed by Supercar Blondie graduation, she went to Dubai in the year 2008. After going to Dubai, for more than 9 years, she worked as a newsreader and presenter for a talk radio show on ‘Dubai Eye 103.8’. Here she did an interview with many celebrities including John Travolta, Jake Gyllenhaal, and Liam Neeson. However, she later left the radio show and became a full-time video creator on social media. I 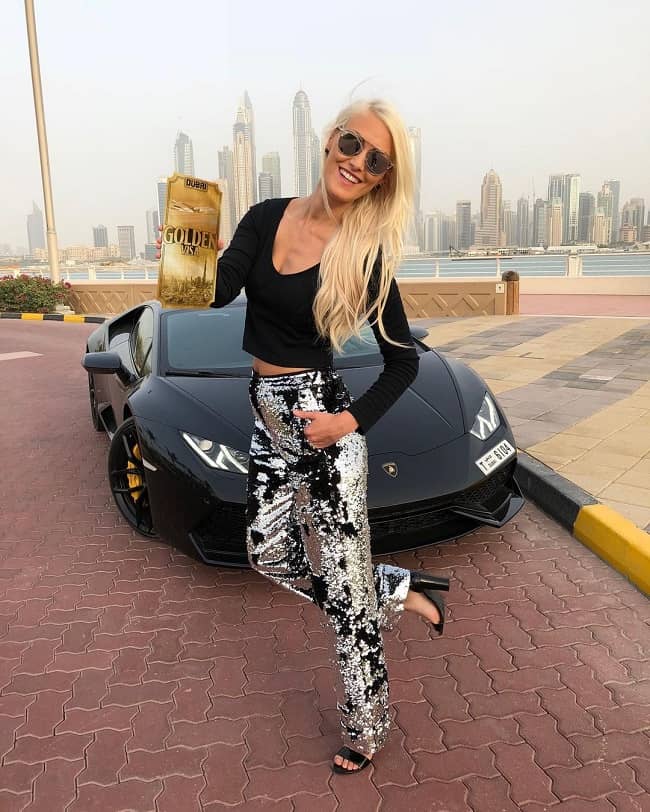 Caption: Alex with her Golden Visa of UAE. Source: Instagram

Furthermore, Arabian Business Listed Alex as on the 50 Most Influential Women In The Arab World list in the year 2018. The same year, Esquire Magazine Middle East named her Influencer of the Year.

Talking about her net worth, Alex is an automobile vlogger and content creator on Youtube based in Dubai. Likewise, she has been living a lavish lifestyle and earns heaps from her career. Similarly, she has been making a good amount of earnings from her career. Likewise, she has a net worth of around $15 million. Similarly, she also owns a collection of lavish cars. 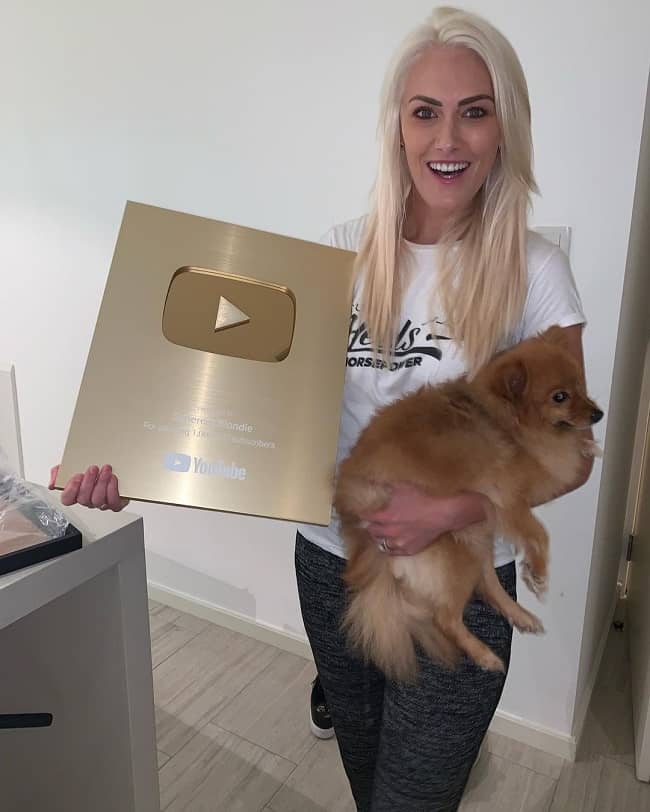 Regarding Supercar Blondie’s relationship status, she is straight and in a marital relationship. She is married to former Australian banker and entrepreneur Nik Hirschi. However, the couple is very secretive about their personal life and barely speaks much about their personal life in media. Likewise, at present, the couple lives in Dubai, the United Arab Emirates where she is a vlogger. 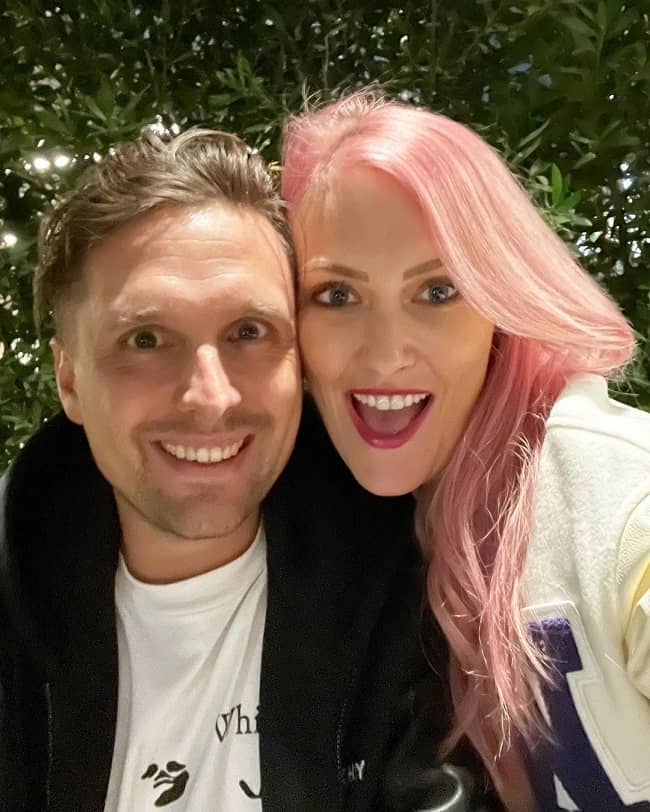 This gorgeous personality, Supercar Blondie stands 5 feet 6 inches (66 inches) tall and weighs around 58 kg (127 lbs). Likewise, Alex has a slim and slender body type and her body measurement is 34-24-24 inches. Similarly, she has fair skin with blonde hair and dark brown pair of eyes. 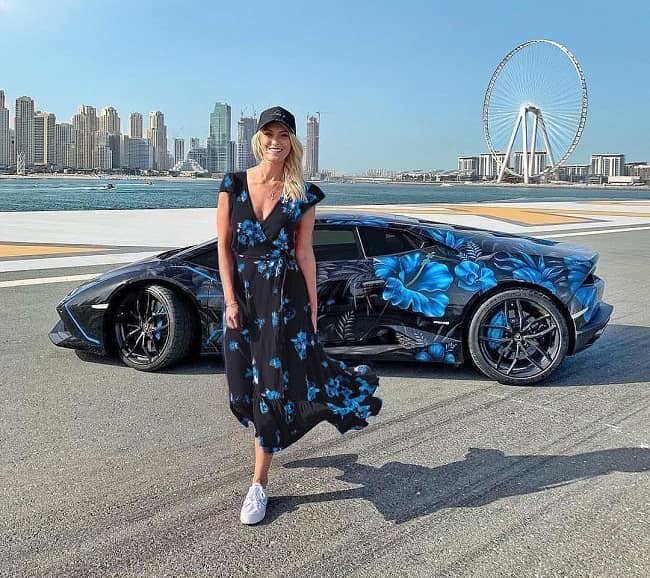