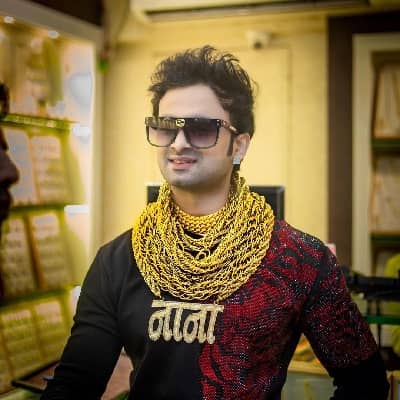 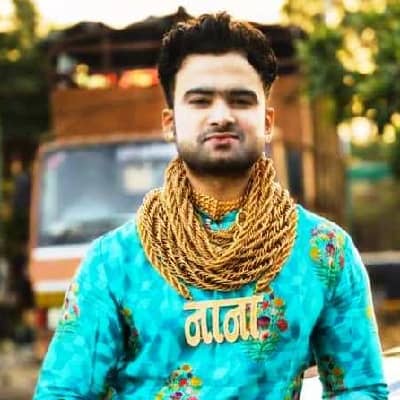 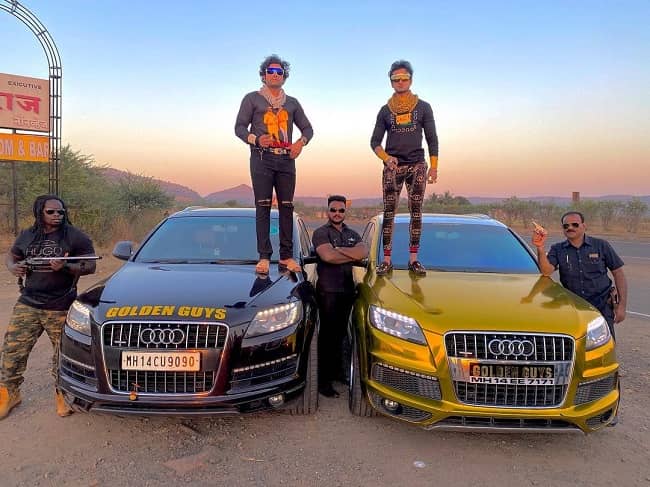 Caption: Sunny Waghchaure with his brother shive and bodyguards(source: Instagram)

Sunny Waghchaure was born on 2nd January 1990 in Pimpri-Chinchwad, Maharastra India, and is currently 31 years old. The zodiac sign of Sunny is Capricorn. He was born to his father Nana Saheb Waghchaure and his mother Asha Nana Waghchaure. Likewise, Sunny has a brother in his family, Shiva Waghchaure. Similarly, his brother is Shiva is also a businessman. From a religious point of view, Waghchaure is a Hindu. 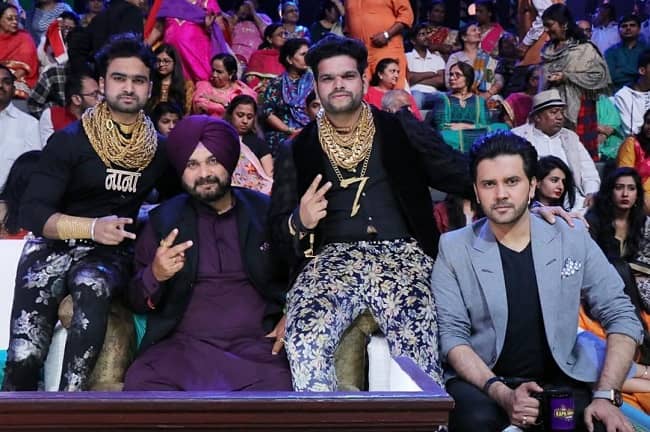 Sunny Waghchaure is a well-popular Indian businessman and film financer from Pimpri, Maharastra, India. Further, Sunny is widely famous as the Golden Boy of Pune as he wears kilos of gold ornaments on his body. Sunny Waghchoure has financed the Bollywood films like ‘Zila Ghaziabad’ in 2013 and ‘Jayantabhai Ki Luv Story’ in 2013.

In the same year, Waghchaure appeared in the Bollywood film ‘Zila Ghaziabad.’ in a small role for a short time. He has partnered with actor Vivek Oberoi to establish a company named ‘Karrm Infrastructure.’ Sunny has appeared in various TV shows like The Khatra Show, Indian Idol, The Kapil Sharma Show, and many more. Likewise, Waghcgaure has appeared in a music video named Bawari Piya,

In fact, Sunny Waghchaure rose to the limelight in 2017 when he was highlighted in ‘The Kapil Sharma Show.’ Kapil Sharma noticed Sunny and his friend Sanjay in the audience due to his shiny golden appearance. Further, Kapil even cracked a joke if Sunny has come to buy the channel.

Moving into the relationship status, Sunny is a married guy. Further, Waghchaure is married to his wife Preeti Soni. Further, Sunny and Preeti dated for a long time before their marriage. The couple often shares their pictures on their social media handle.

Other than this, there is no information available on the body measurement of the Golden boy. We will let you know about this matter shortly after Sunny reveals his information. 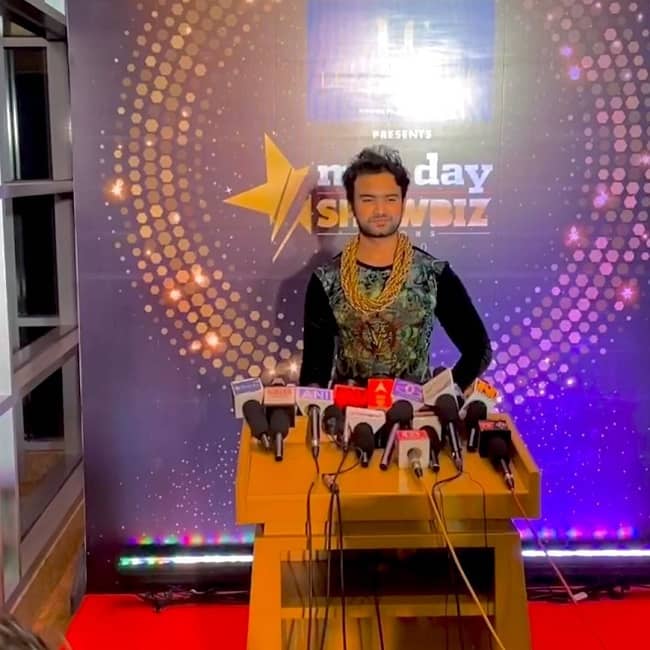 In addition, Waghchaure has earned a pretty handful amount of money from his career. His major source of income is his business. However, the Golden Boy has not revealed her annual income or salary in the media. As per the sources, Sunny has an estimated net worth of around INR 36 crore.