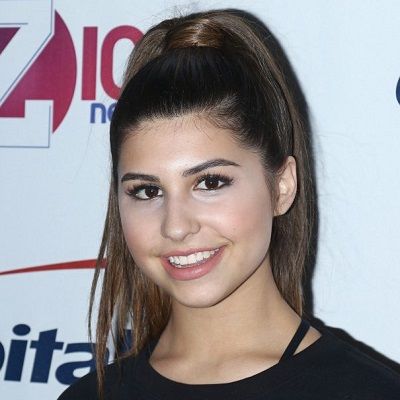 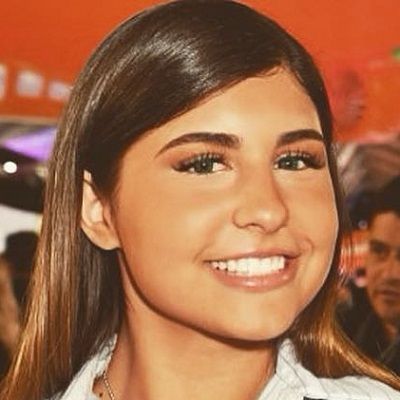 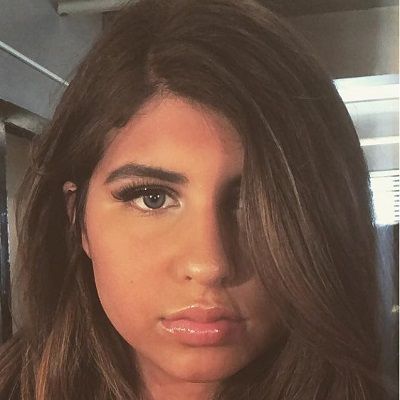 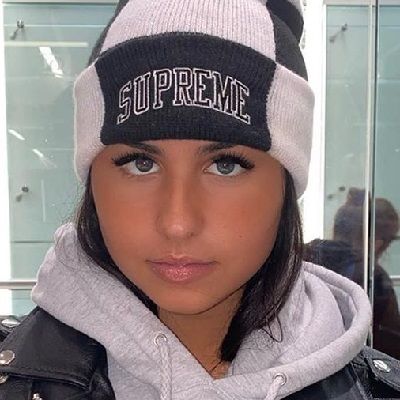 Sunny Malouf is a talented American singer, dancer, actress, and also songwriter. Sunny Malouf is best known for her amazing live performances, cover songs/videos, print campaigns, and commercial advertisements. Her debut song “Lightning in a Bottle” on iTunes is her famous work.

Sunny Malouf was born on 2nd March 2004. Currently, her age is 18 years. Her birth name is Sunny Nicole Malouf but known as Sunny Malouf. She was born in her birthplace, Dallas, Texas, the USA to Richard Malouf (one of the world’s richest dentists) and Lillian Malouf. Sunny also has two brothers, Gavin Malouf and Richie Malouf.

She was born and raised in Dallas, Texas. Sunny holds the American nationality whereas she belongs to the Hispanic ethnicity. The young artist has always been humble and hardworking since her childhood. Her parents have also been supporting Sunny in her career.

Malouf completed her schooling in Dallas. As she is only 16, she is still attending high school and hence she hasn’t got any high school or college degree. 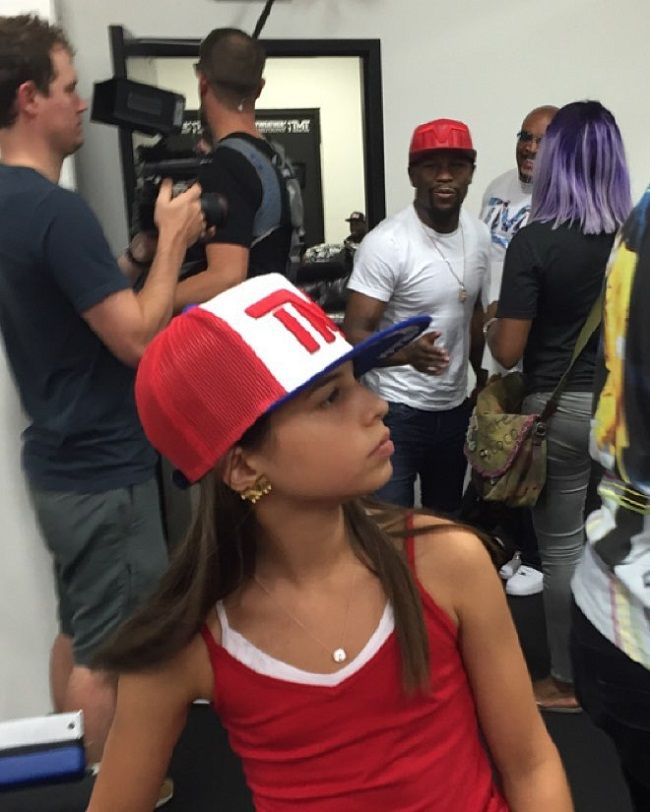 Caption: Sunny Malouf when she was a child. Source: Instagram

The talented youngster was always an amazing performer since she was a child. Malouf started building her career by working with modeling agencies and choreographers. She started her career when she was just and made her viewers mesmerized with her voice and dancing styles.

The versatile youngster rose to popularity in September 2015 after she released her debut song “Lightning in a Bottle” on iTunes. This single featuring the rapper Silentó steadily ranked up the music charts within days of its release. After this, Sunny embarked on her DigiTour where she performed her favorite songs in front of thousands of fans nationwide.

In 2017, she released her first album. Since its release, she has been writing and developing music. She then signed with TMT Music Group which is a branch of the Mayweather Promotions Entertainment label, headed by global icon Floyd Mayweather Jr. Impressed by young Sunny’s talent Floyd has allowed developing a career and achieve further success in the music field. Furthermore, Sunny also considers Floyd Mayweather Jr. as a brother and a mentor.

Malouf is also a member of web group Team 10 whose founder is a famous YouTuber, Jake Paul. She even went on a Tour to 11 different cities in the United States with her Team of 10 members. In May 2018, they went to several locations including San Antonio, Houston, Miami, and Orlando.

In June, They went to different states including Atlanta, Boston, New York, Detroit, Toronto, and Rosemont. Team 10 ended their tour on June 24, 2018, in the capital of St.Paul in Minnesota. Moreover, Sunny split her time between Los Angeles, California, and Dallas, Texas while cultivating her career. 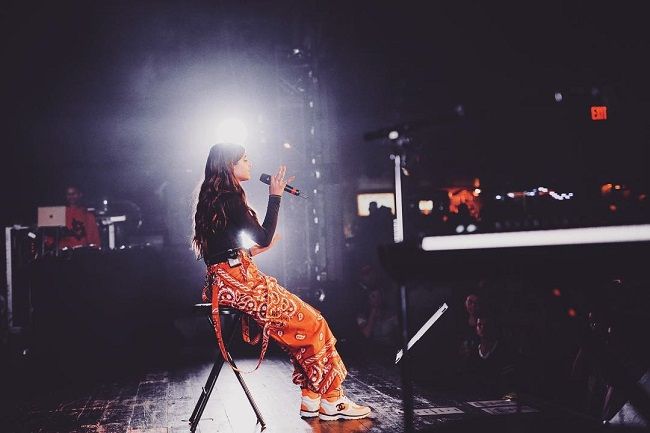 Talking about her YouTube career, she launched her channel back in September 2014. Since then, she has been posting videos of dance performances, dynamic live music performances, cover songs, and other projects on it.

Coming to her social media popularity, she has successfully earned over 101k subscribers to date. Her channel has over 700k views. Malouf is also a part of the web group Team 10 as of 2018.

American Rapper Silento performed Sunny’s debut song alongside her. Her favorite drink is Shirley Temple, a non-alcoholic drink and her favorite song are The Men by Aloe Blacc. Moreover, when she is not busy singing and performing, Sunny loves to hang out with her friends and she also likes shopping. She can even spend long hours shopping! Similarly, her main goal is to work hard and stay positive. She believes that by doing so, all her dreams shall come true without a doubt.

The talented Sunny has earned a decent sum of wealth being a music artist and Youtuber. According to SocialBlade, her monthly earnings are estimated to be around $94 to $1.5K. Furthermore, she earns about approximately $114 to $1.8k annually. More precisely, her net worth is estimated at around $300k as of 2022 which is her self-earned money.

Being the daughter of one of the richest dentists, her parents have a huge amount of property and assets. They have a mansion worth $33 million that covers 37,000 sq. ft with eight bedrooms, 18 bathrooms, 1 tennis court, an indoor basketball court, with a private waterpark. The family also owns two private jets and many expensive cars.

Sunny is a teenager so any details about her love life are hard to get. She is continuously pursuing her career as being single without any hindrance. Despite being a Social media star, she is keeping herself away from any controversies and is safe from the paparazzi.

The talented young star has a gorgeous and attractive physique with a beautiful voice. Malouf stands at a height of 163 cm and weighs about 88lbs. She got a slim and tall body with dark brown hair and green eyes. Her body measurements are 32-23-33 with a bust size of the 33A cup. She wears the shoe of size 6. 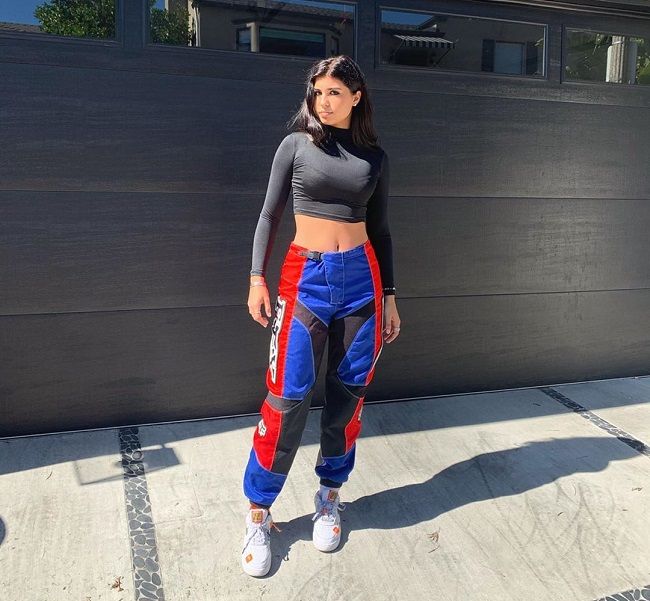 YouTube and Instagram are her assets in life. Sunny started her YouTube back in September 2014. To this day, she has been uploading videos of dance performances, live music performances, cover songs, and commercials. Malouf currently has 90.1k subscribers on her self-titled YouTube channel with a total of 2.7 million views.

Moreover, Sunny has also shared an official email address for any kind of inquiries and that is [email protected]