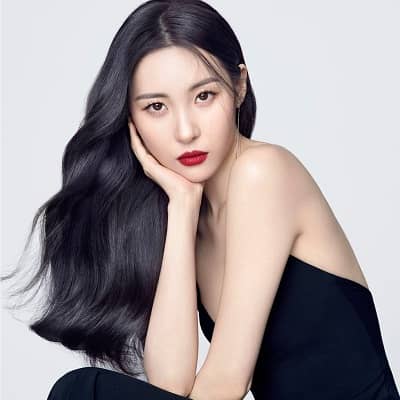 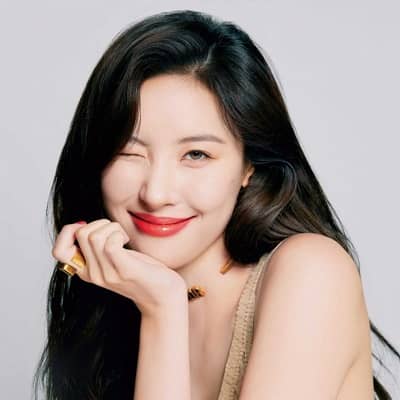 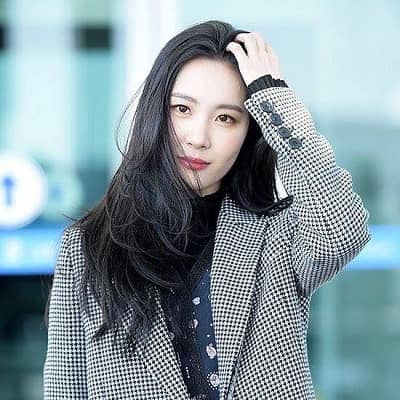 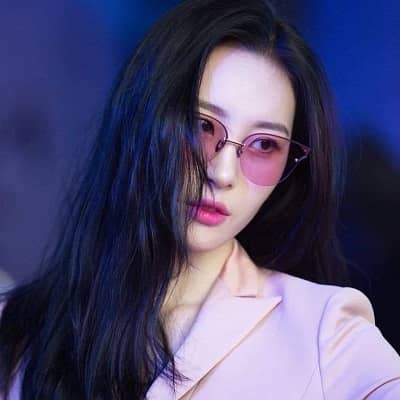 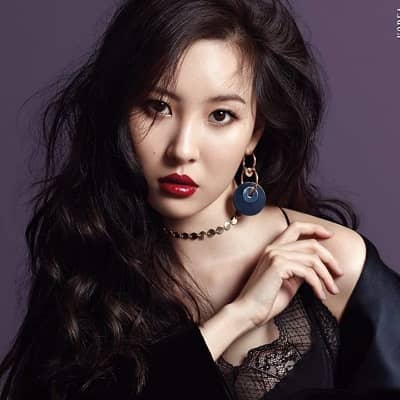 Sunmi is a remarkable South Korean singer-songwriter. Sunmi is internationally recognized as a former member of the popular girl group Wonder Girls.

Sunmi was born on May 2, 1992, and she is currently 29 years old. She is a native of Iksan, North Jeolla, South Korea, and her zodiac sign is Taurus. Talking about her educational journey, Sunmi attended Hwangnam Elementary School, Chungdam Middle School, and Chungdam High School. She later graduated from Dongguk University majoring in musical theater.

Talking about her family, Sunmi is the eldest of three siblings and has two younger brothers. At the young age of 12, Sunmi decided to become a celebrity as this was the fastest way to make money for her. The young lady was actually inspired by BoA when Sunmi’s father was admitted to hospital due to complications of pulmonary tuberculosis.

Subsequently, Sunmi traveled to Seoul and auditioned to become a JYP trainee at the young age of 14. Sadly, only 3 months prior to her debut with the girl group Wonder Girls, Sunmi’s father passed away. Later on, Sunmi adopted her step-father’s surname “Lee” while she was studying in university. Hence, her legal name at present is Lee Sun-mi, written as 이선미 in Korean and in Hanja as 李宣美. 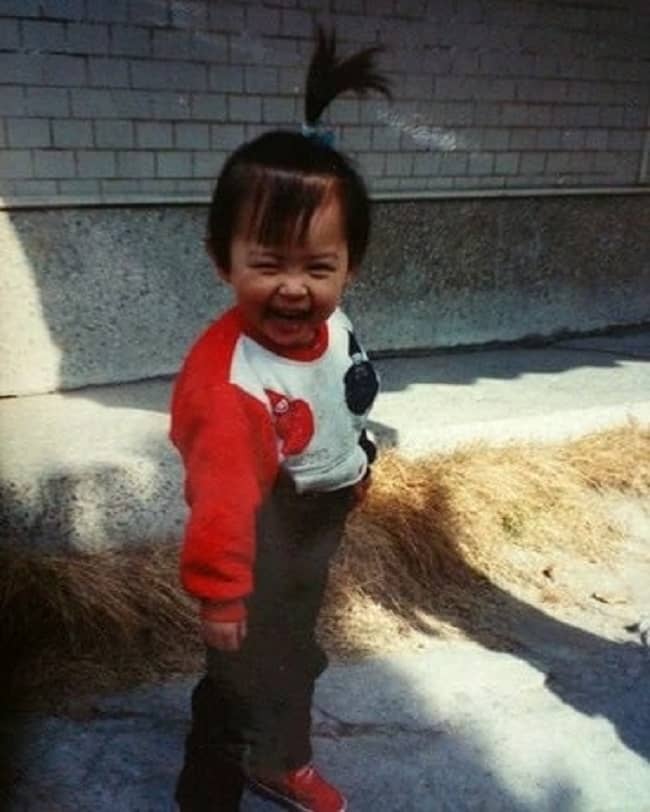 Professionally, Sunmi (stylized as SUNMI), is a South Korean singer-songwriter. Internationally, Sunmi is famous as a former member of the South Korean girl group Wonder Girls. The other original members of this group are Yeeun, Sunye, Hyuna, and Sohee. The girls debuted on February 10, 2007, with the single Irony. Prior to their debut, Sunmi was revealed as the 4th member of Wonder Girls in May 2006.

Moreover, Sunmi also participated as part of Wonder Girls in American activities. She also toured alongside the Jonas Brothers under the nickname Mimi. However, the young singer left Wonder Girls in 2010 to pursue an academic career. This news was announced in January 2010 but the singer stayed to complete her scheduled activities till February the same year. When she left the group, Woo Hye-rim replaced her in the group. Hyerim is a famous South Korean singer-songwriter, rapper, and actress.

Following 3 years of hiatus, Sunmi came back as a soloist. She made her solo debut with the 2013 EP called Full Moon. This EP included #2 singles on the national Gaon Digital Chart namely 24 Hours and Full Moon. 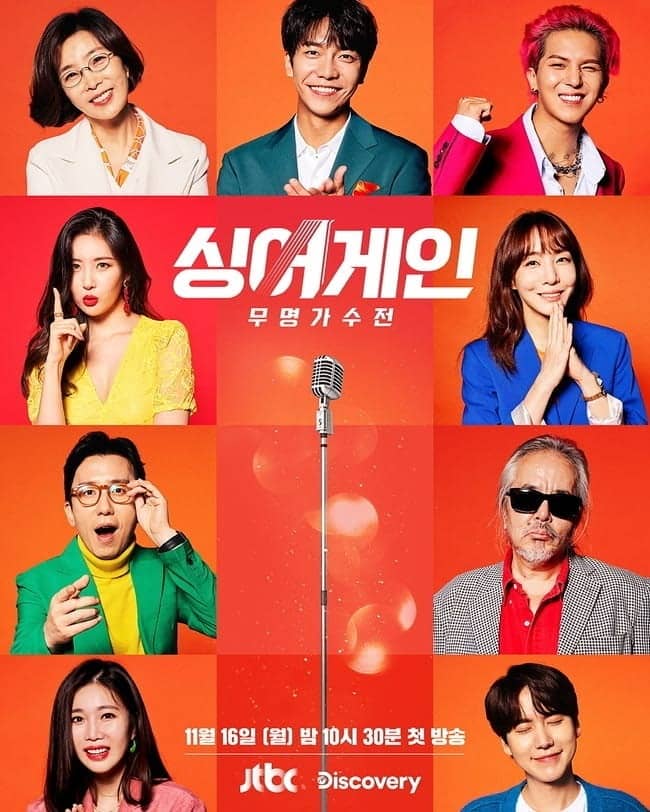 In the year 2015, Sunmi rejoined Wonder Girls for the group’s promotion activities. She was with her group until their disbandment in the year 2017. Subsequently, the singer left JYP Entertainment and joined MAKEUS Entertainment. This company is now called ABYSS Company and she signed the contract with the company on March 14, 2017.

Besides singing, Sunmi has also made cameo appearances in various TV drama series like 2015’s The Producers, 2018’s YG Future Strategy Office, and 2020’s XX. The singer has also appeared in reality shows including Fashion King Korea in 2014 as a contestant; Secret Unnie in 2018; and as a cast member in Running Girls in 2020. Moreover, Sunmi also hosts Youtube’s show RReal World in 2020 with her two brothers. 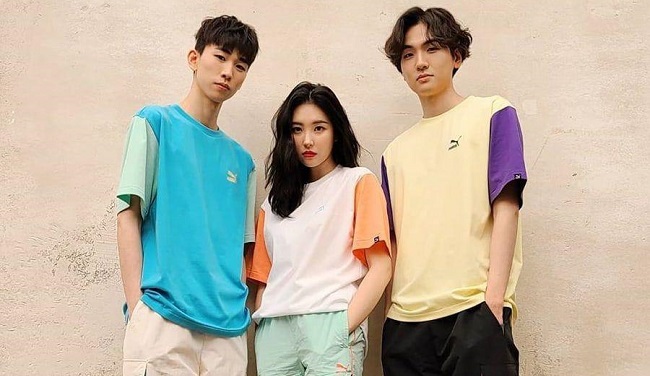 Caption: Sunmi posing for a photo with her brothers. Source: Soompi

Sunmi is currently single. The Wonder Girls’ former member has not shared any social media posts and announcements regarding this issue. Moreover, Sunmi has a hectic schedule which prevents her from meeting her ideal lover or go on dates. Nevertheless, when the time is right, Sunmi is sure to grab the attention of many young lovers through her charm, talent, and beauty.

Sunmi stands tall at an approximate height of 166 cm or 5 feet 5 inches and her weight is around 49 kg or 108 lbs. Likewise, the singer’s blood type is “AB”, her hair color dark brown and eyes of the same color. As the singer shared in Weekly Idol, Sunmi has 110 cm long legs. 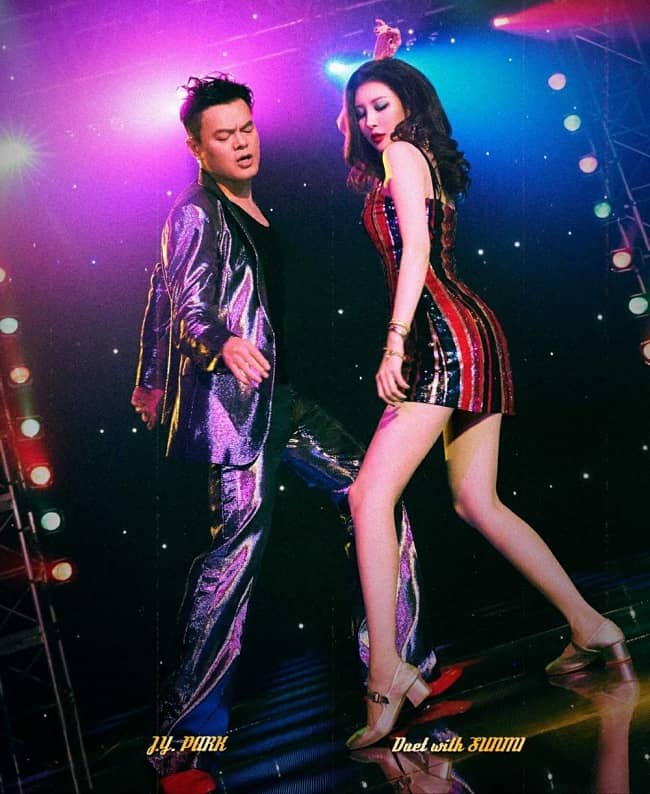 Talking about her social media presence, Sunmi is available on Instagram under the username @miyayeah. As of May 2021, Sunmi has earned over 7 million followers on this platform. Likewise, Sunmi has over 1.2 million people following her journey on Facebook. Further, the singer has two Twitter accounts. She created @miyaohyeah in February 2014 and has over 551.7K followers.

Similarly, she created her @official_sunmi_ account in August 2017 and so far has over 318.4K followers. The singer then created her official “SUNMI” Youtube channel on August 25, 2018. So far, this channel has over 172.5 million views and 1.11 million subscribers. Moving on, Sunmi has a net worth estimation of around $12 million.