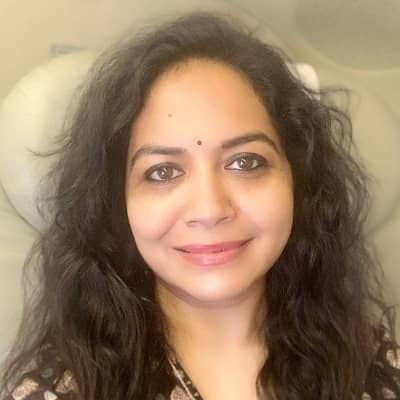 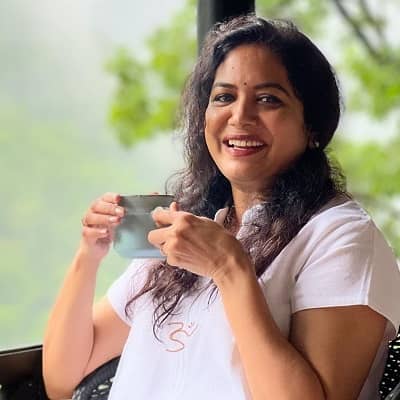 Sunitha Upadrashta was born on the 10th of May, 1978, in Guntur, Andhra Pradesh, India. According to her birth date, this actress is 44 years old and holds an Indian nationality. Moreover, she belongs to the Brahmin ethnicity and has a birth sign of Taurus.

She was the daughter of  Upadrasta Narasimha Rao(father) and Sumathi Malladi(mother). She grew up in a music-loving family and her parents loved music and wanted her to be a singer. At the age of 6, Sunitha started music training from Pemaraju Surya Rao in Carnatic Vocal and Light music from Kalaga Krishna Mohan. 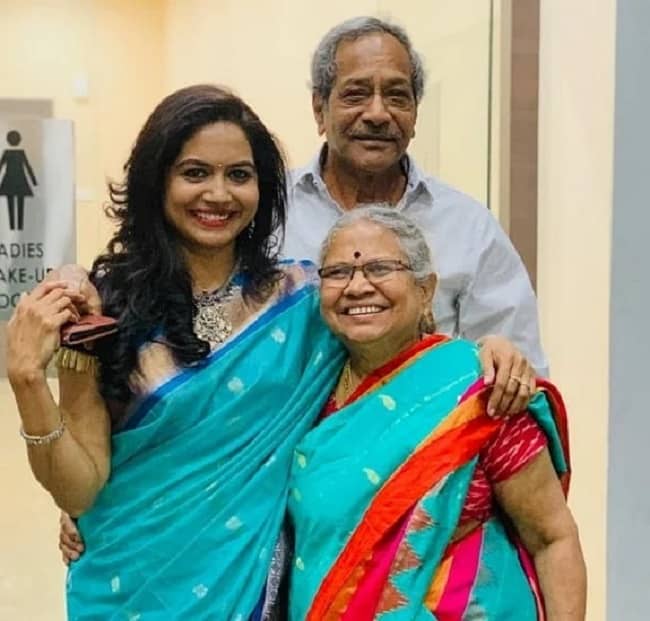 Regarding her academic career, she did her early schooling at Bharatiya Vidya Bhavan and later, at the Adikavi Nannaya University both in her hometown, Andhra Pradesh. Even in her younger days, she got many opportunities to participate.

And also she perform in several programs including her participation in Tyagaraja Aradhana Utsavalu at age of 13. She got many awards for her marvelous performances including a scholarship from Central Government to pursue her musical training.

Sunitha Upadrashta began her singing career as a playback singer in films at an age of 17. In 1995’s “Gulabi,” she performed her debut song, “Ee Vela Lo Neevu,” for the first time as a professional lead singer. Later, in 1997, she performed a solo song for the Kannada “Bhoomi Geetha” film that won a National Film Award. She also performed “Maaghaa Maasam” and “Gunde Gutiki” the same year.

She performed the title songs for several Telugu TV serials, including “Ruturagalu” and “Antarangalu,” for which she eventually won her first Nandi Award. With songs like “Vevela Mainala Gaanam,” “Chali Pidugullo,” “Hey Chikitha,” and “Abbo Naa Bangaru Laddu,” she came in the new millennium.

She has collaborated with several well-known music directors and sang almost 3000 songs in Telugu, Tamil, and Kannada for several south Indian films. In the USA in 2009, she also performed her concerts under the name “Musical Moments with Sunitha.” She has released several songs in the year 2020, including “Tholi Suryuda,” “Kalalu Yenno,” and “Neeli Neeli akaasam.”

The latter song was a huge hit, reaching a stunning 100M digital views. Additionally, in 2015, she worked as the anchor for the historic Amaravati foundation-laying event. She also contributed her voice as a dubbing artist for the “Andam” television film series.

Moreover, she gained a lot of popularity following the release of the 1998 film “Choodalani Undi,” in which she played actress, Soundarya. She has broken records by providing voices for more than 110 actresses in more than 750 Telugu movies. In 2016, she starred as Shree Chaitu in her debut short film, “Raagam.” She has served as a judge for the reality competition “Super Singer” and as the Telugu-language host of “SaReGaMaPa Lil Champs.”

As a dubbing artist and singer, she has earned a decent sum of money in her profession. Moreover, she has a net worth of around $5 million and has not shared other information regarding her salary and income.

Talking about her personal life, she is married to Ram Veerapaneni who is reportedly the CEO of a digital media house(MANGO MUSIC). Besides it, there is no other information regarding their relationship status. However, in past, she was married at the age of 19 to her first husband, Kiran Kumar Goparaju who worked in the media. With marriage, the couple has two children whose names are Aakash Goparaju, and Shreya Goparaju. Shreya, her daughter is also a singer who sang her debut song, “Tick… Tick… Tick…” in a Telugu movie. However, the couple’s divorce and the reason behind the divorce are unknown.

This gorgeous lady stands 5 feet 6 inches tall and weighs around 64 kg. Moreover, this singer has black hair with brown eyes color and her body measurement is around 34-28-35 inches with a bra size of 34B, 4(US) as her dress size, and 6(US) as her shoe size.