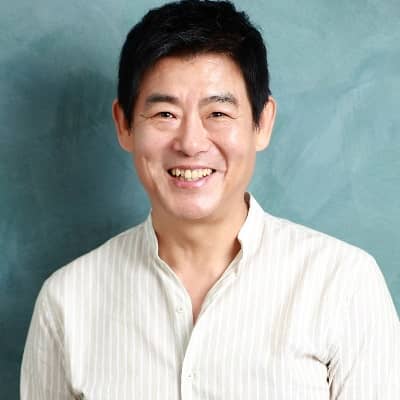 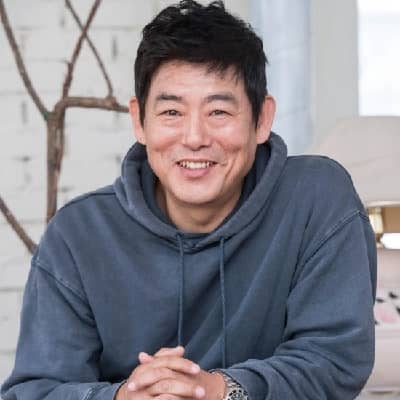 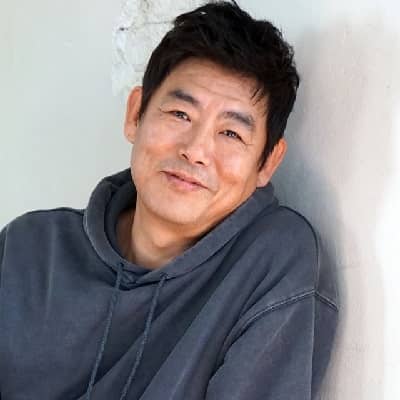 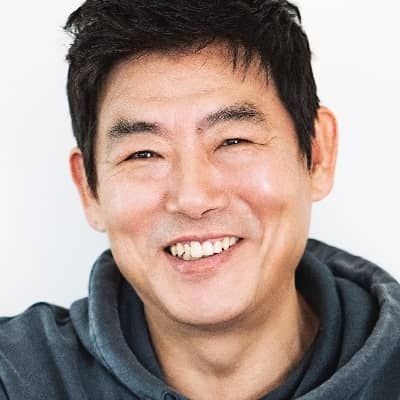 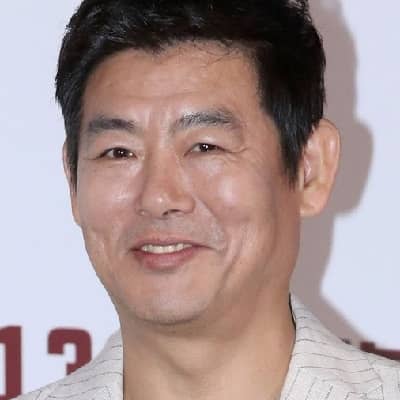 Sung Dong-il is a well-known South Korean comedian and actor. Sung Dong-il first started his career in the theater and eventually ventured into movies and dramas.

Sung Dong-il was born on April 27, 1964. He hails from Incheon, South Korea. He is presently 57 years old and his birth sign is Taurus. The information regarding his family background is missing on the internet. Talking about his educational background, he was good in academics, and hence was looking forward to a career in engineering.

But the acting bug bit him while he was in high school. Nonetheless, he considered it as more of a hobby than a passion. And after finishing his schooling, he struggled to earn admission into a technical college. Then, finally, he got enrolled in the Yuhan University’s Mechanical Design program.

Sung considered it as a leisure activity and the routine continued until 1987. And, then he ventured into the professional theatre. Therefore, his reputation grew further and when he gave a shot at the ‘SBS Open Talent’ auditions in 1991, he was one of the very few who succeeded. 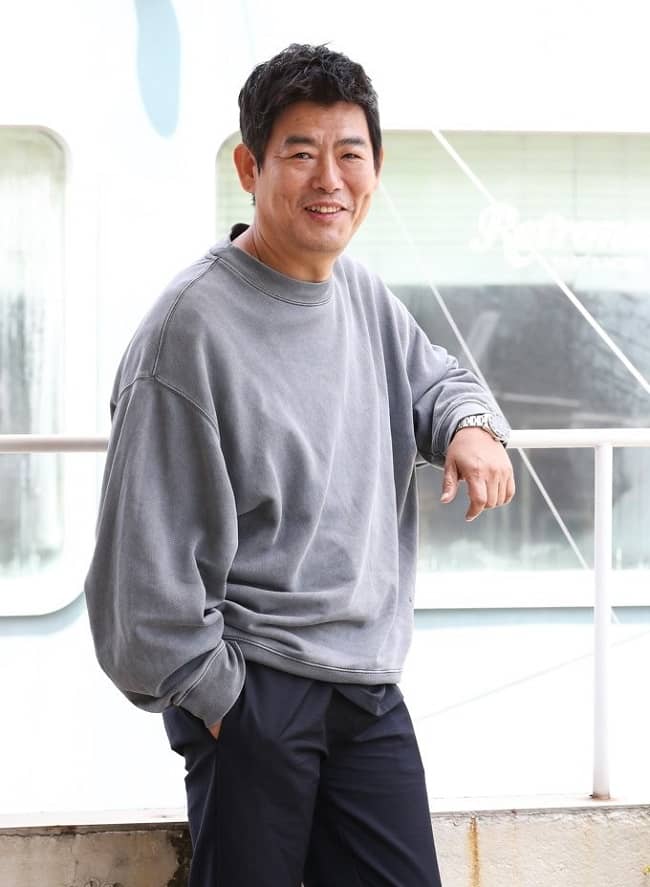 Sung is professionally an actor and comedian. Therefore, the talent hunt SBS organized landed Sung a role in the network’s comedy series ‘Gwanchon Essay’. Later, he began getting more roles, most of them being insignificant ones. Hence, he accepted every offer that came his way and kept on making people laugh.

Similarly, in the late 90s, he appeared in series like ‘Korea Gate’, ‘The Bicycle-Riding Woman’ and ‘Snail’. And, in 1999, he also appeared in ‘Love In 3 Colors’. Likewise, in 2001, he made his film debut with ‘Running 7 Dogs’. He continued to appear on TV with series like ‘Rustic Period’ and ‘South of the Sun’. Moreover, his role as a manager in ‘Drama City’ was admired by many audiences.

Sung’s career was jumpstarted by the hit romantic comedy ‘200 Pounds Beauty’ in 2006. Therefore, he became one of Korean cinema’s most reliable supporting actors, displaying his comic skills and easy charm in films such as ‘Take Off’, ‘Foxy Festival’, ‘Children…’, ‘The Suicide Forecast’, and ‘The Client’.

Further, he was also cast among the main characters and comedy film ‘Once Upon a Time’, which was set during the Second World War. And, fortunately, the film turned out to be a success, resulting in more roles for Sung. He was being hailed as one of the most bankable supporting actors, in both films and TV series.

In 2010, he starred in the series ‘The Slave Hunters’. There, he had a massive change of image as he ventured into playing a negative role for the first time in his career. Therefore, he also won the ‘Best Supporting Actor Award’ at that year’s KBS Drama Awards. Also, for ‘Take Off’, he ended up winning the Best Supporting Actor Award at the ‘Blue Dragon Film Awards,’ ‘Max Movie Awards’, and ‘Chunsa Film Art Awards’. 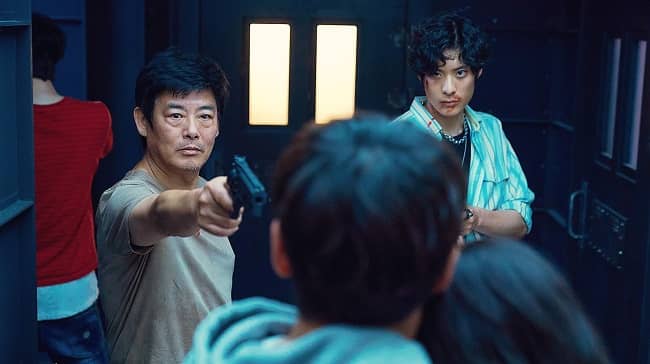 Awards and more about his career

Sung again performed an award-winning performance when he starred in ‘Jang Ok-Jung, Living by Love’. For that, he was awarded the ‘Excellence Award’ at the SBS Drama Awards 2013. And, the same award was won by him for the second consecutive time in the year 2014 for the series ‘It’s Okay, That’s Love’. He also starred in ‘Hwarang’.

Apart from his acting roles, he also appeared in the reality show ‘Dad! Where Are We Going?’. There, he participated in the show along with his biological son. Therefore, the show featured five celebrity dads and their children on camping trips. And, the relationship that he shared with his son became one of the talking points of the entire show.

Additionally, he also had major roles in ‘The Suck Up Project: Mr. XXX-Kisser’, 3D blockbuster ‘Mr. Go’, and mystery-comedy ‘The Accidental Detective’. Likewise, in the year 2016, he starred in series such as ‘Dear My Friends’ and ‘The Legend of the Blue Sea’. Moreover, Sung gained praise as a villain in ‘The Slave Hunters’, and a gruff but caring father in ‘Reply 1997’ and its spin-offs ‘Reply 1994’ and ‘Reply 1988’.

Sung is a married man. He dated Park Kyung-Hye for quite a few years before marrying her in 2003. And, the duo has three children, born in 2006, 2008, and 2011. He is mostly close to his son, Joon, and said that when he got an offer to feature on a show with him, he was first confused.

But later, he was happy to say yes as he believes that the show made him more aware as a parent. Sung also said that it introduced him to some of his own drawbacks as a person. His other son’s names are not available on the internet. 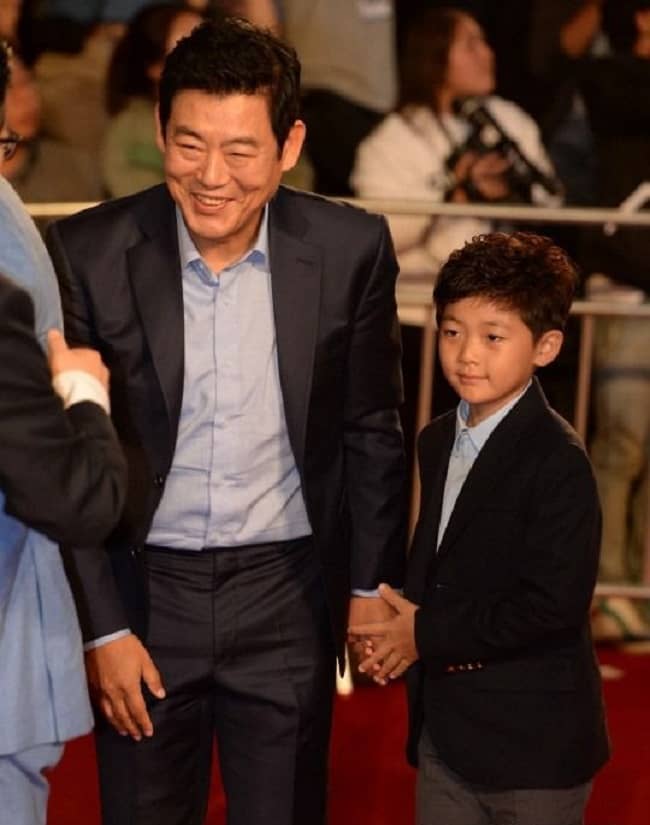 This handsome and smart man is 5 feet 9 inches tall. And, he has a balancing and matching weight that suits his body physique pretty well. But, sadly, his weight is not disclosed. Also, his other body stats like chest-waist-hip measurements, dress size, shoe size, etc are also unknown. Moreover, he has a set of dark brown eyes and his hair is of black color which started to turn into grey as per his age.

This talented and successful actor surely earns a good amount of money. His acting career for a very long time has made him earn a decent amount of sum. However, his net worth as of 2021 is $1 million – $5 million.