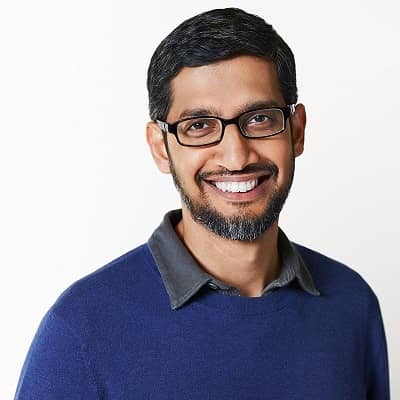 Sundar Pichai can be introduced as a tech genius and the main brain behind the explosive growth of google browsers. Sundar Pichai, the Indian-American business executive is currently the chief executive officer of Alphabet Inc. and its subsidiary Google. Likewise, he is an idol for almost all people in the technology world.

Sundar Pichai was born on June 10, 1972, in Madurai, Tamil Nadu, India. This makes him 49 years old as of 2021. His full name is Pichai Sundarajan. His father’s name is Regunatha Pichai, and his mother is Lakshmi Pichai. While he also has a brother named Srinivasan Pichai. He is younger than Sundar Pichai. He holds an American nationality practices Hinduism. Moreover, he belongs to the Brahmin caste. According to astrology, he has Cancer as his zodiac sign.

Talking about the formal educational status, he completed his schooling at a local school in her hometown. While, he completed his B. Tech in Metallurgical Engineering from IIT, India. Further, he also did M.S in material science and Engineering from Stanford University. Moreover, later he also did an MBA from Wharton School of the University of Pennsylvania, United States.

Carrer-wise, he is a tech genius and a computer engineer. He is also currently CEO of Google Inc. Google is probably currently biggest technology giant, that specializes in Internet-related services and products. Previously, he worked as a head of products and engineering after joining Google in 2004 as a product manager. During his time as a product manager, he led to different innovative efforts for Google’s products including Google Chrome and Chrome OS. 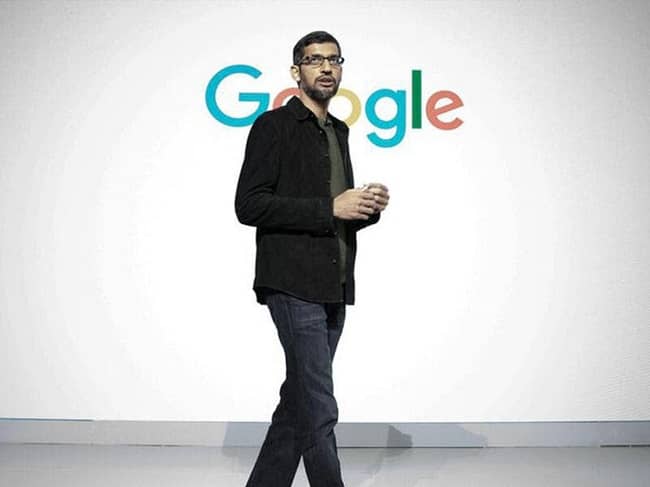 After his excellent work as a product manager, he got promoted to management of other Google products like Gmail, Google Docs. Before joining Google, he was also worked in engineering and product management at Applied Materials and consulting at McKinsey  & Company. For his outstanding contribution to the exponential growth of Google, he has been named the man behind Google’s most important products.

Sundar Pichai is living a comfortable life with his family. Thanks to a large amount of sum he has earned from his career, and enormous fame around the world. He has a total net worth of around $650 million US dollars. While he also has most of his shares in Google’s holding company Alphabet.

Moving on toward the romantic and private life of Sundar Pichai, he is married. He tied the knot with Anjali Pichai. She is a chemical engineer. The couple is leading a comfortable life with two children. They are a son named Kiran Pichai, and Kavya Pichai. Apart from it, he does not have any other affairs with any other women during this time. Moreover, he does not have involvement in any kind of controversial events till today.

Sundar Pichai has a very charmful behavior and has a very unique and inspiring personality. The talented genius stands about 5 feet and 11 inches. While he has moderate weight. Likewise, the color of his hair is black, and he has dark brown colored eyes. Moreover, he has not provided details on her overall body measurement.