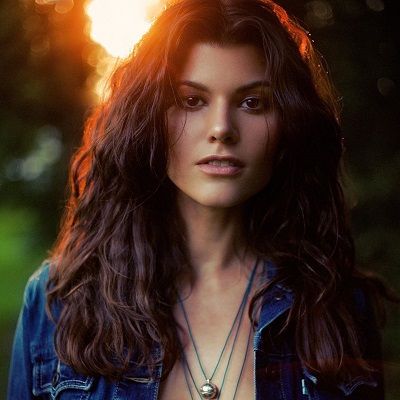 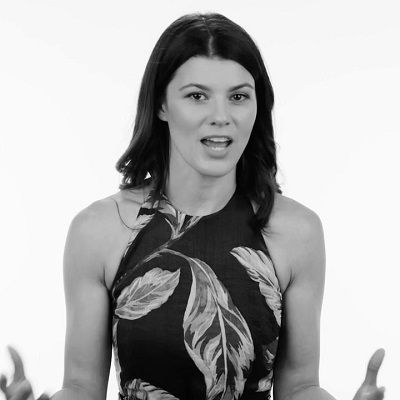 Summer Rayne Oakes was named Summer Rayne because she was born during the heavy downpour month of the year was born on 3rd June 1984. She is currently 38 years old, and her zodiac sign is Gemini. Likewise, Summer was born in a town 20 miles (32 km) north of Scranton in Clarks Summit, Pennsylvania. Her nationality is American and belongs to the white ethnic group and follows Christianity. Furthermore, about her family, Summer has not shared much information about her family members on social media. Similarly, there is no information regarding her siblings. 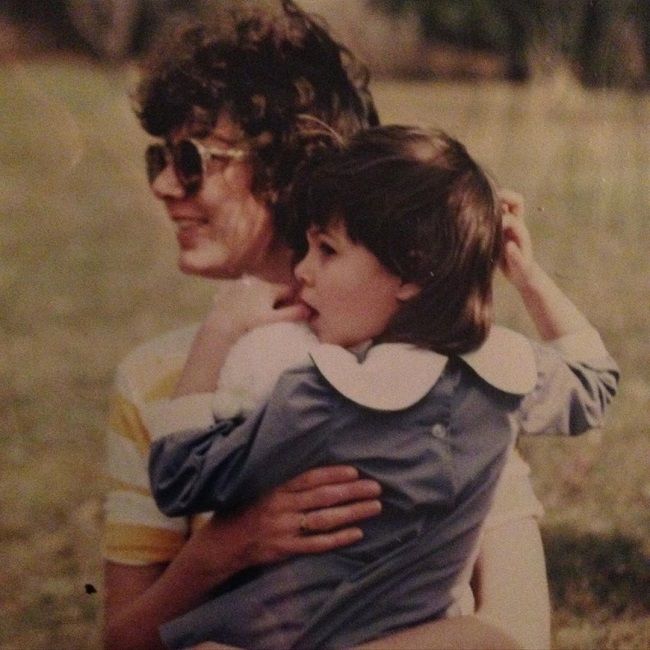 Ever since childhood, Summer was very attentive to environmental issues. She used to post photographs of dead animals alongside local roads to aware the owners about removing their litter. Likewise, growing up Summer participated in many environment clubs in her school programs. Furthermore, regarding her educational background, she attended Lakeland High School. During her high school days, Summer worked at the Lackawanna County located in Scranton. Here she worked in the Conservation District biosolids program which applied the treated residual semi-solid sewage sludge onto farmland.

Furthermore, after graduating from high school, Summer enrolled at Cornell University with the prestigious Udall Scholarship. Her electives were natural resources, ecology, and entomology. During her university days, she jointly published two papers on Contaminants and Sludge Toxicity. However, she was frustrated to see the attention given to advertising and media was completely different from the attention given to the environment. She was amused and frustrated to see the difficulty to communicate the relevance of her work beyond a narrow audience of environmentalists.

Besides this, in the year 2003, she became involved in the famous ‘The Organic Portraits Project’ which was on hold due to the September 11 attack incident. Moreover, this was a book of photographs focusing on humanity’s connection to nature by the New York City photographer John F. Cooper. Furthermore, Summer received the ‘National Wildlife Federation Campus Ecology fellowship’ for that project which became the core instrument to move the project further. Likewise, the book ‘Organic Portraits: A Photo Book of Polaroid & Film Images’ was published in the year 2015.

During her sophomore year, Summer began modeling in New York City. Likewise, within two months she started working for the lingerie company ‘StockingGirl’. Moreover, after graduating in the year 2004, she became a full-time model and moved to New York City. Similarly, Summer was strictly about modeling only on clothes made from organic or recycled materials. Moreover, this core principle of hers made her lose multiple campaigns at first. However, it changed after she signed with Faith Kates of Next Model Management, who approved her conditions.

Likewise, she was titled the world’s first ‘eco-model’ by Grist Magazine in their Earth Day issue of the year 2006. They entitled her so since Summer only models on the clothes made from organic or recycled materials. Soon she gained wide popularity by getting highlighted in multiple newspapers around the UK, US, and Canada. Additionally, she was on the ‘Green Issue’ of Vanity Fair and also featured on the ‘Young People Who Rock’ series in a CNN Video interview. Likewise, Summer has also represented in the temporary ‘pop-up’ forest in Times Square of Aveeno beauty products.

Similarly, Summer also appeared in the short film ‘Extinction’ and was photographed by Steve McCurry in the ‘Pirelli Calendar of 2013. Likewise, Toyota Prius C the subcompact hybrid electric vehicle was created with the name ‘Summer Rain Metallic’ paint color after Summer.

While modeling too, Summer mainly focused on it as a conduit to get into socially responsible causes like pollution from the textile, fair trade, and related issues. Likewise, since 2009, she worked on a conservation project in Mozambique to promote the Mezimbite Forest Center. Similarly, she also attended the 2012 ‘Rio+20 United Nations Conference on Sustainable Development in which United Nations Environment Programme prolified Summer. Likewise, at the World Trade Organization Ministerial Conference of 2005, Summer spoke about fair trade and the textile industry at the Hongkong.

Besides modeling and activism, Summer is also a writer. Her debut in writing dates back to writing for the magazine Lucire starting with the ‘Behind the Label’. This article is a series on sustainable and ethical fashion designers. Likewise, with this, she became the acting editor for two of Lucire’s issues in 206. Similarly. She hosted the 2007 season ‘Eco 4 the World’ which is a Singapore-based environmental television program. Likewise, in the year 2008, she became affiliated as an environmental reporter for the Discovery Communications program ‘Planet Green’. Similarly, Summer served as a correspondent in the Pacific Trash Vortex program ‘G Word’.

Working as a writer for more than 5 years, in early 2009, Summer launched her first book, ‘Style, Naturally’. This is an eco-friendly shopping guideline for fashion and beauty-related products. Likewise, Summer started her blog in the year 2014 titled ‘SugarDetoxMe’ which was a 30-day removal of free sugars from her diet and then turned it into a program to help other people.

Similarly, in her third book, she shared her experience of planting hundreds of plants in her apartment. Her third book is ‘How to Make a Plant Love You: Cultivating Your Personal Green Space’. Moreover, she shared this in her Youtube series, ‘Plant One on me’, and also on an online course “Houseplant Masterclass’.

Likewise, Summer also started her eco-entrepreneurship and created ‘Zoe & Zac with a partnership with ‘Payless ShoeSource’. These were products made of organic cotton, linen, hemp, and other recycled recourses priced below $30. Similarly, in 2010, Summer collaborated with Benita Singh and founded a website ‘Le Souk’. This website helps to connect environmentally-conscious fashion designers with small-scale ecologically friendly fabric producers. 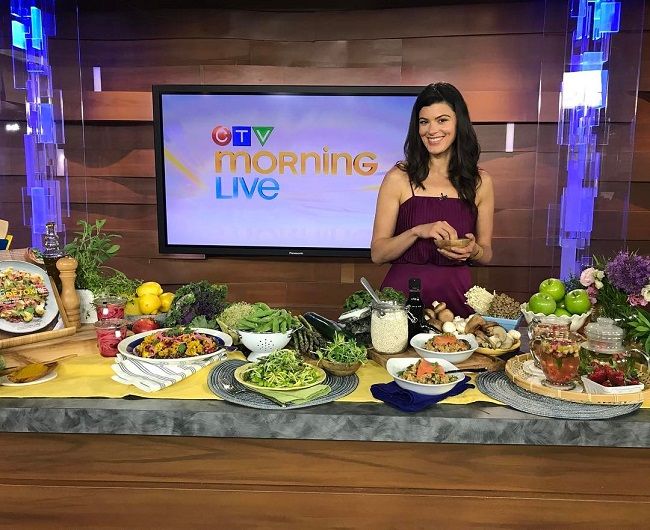 Regarding her net worth, her primary source of income is through her career in acting, and modeling, and her blogs and Youtube channel. However, there is no information regarding her net worth and earnings. Moreover, according to online sources like Wikipedia, IMDb, and various other sources, her net worth is around $1 million – $5 million.

Summer is straight and probably single right now. Moreover, she has not shared about her romantic relationships and there are no rumors about her dating life too.

Summer stands height of 5 feet 10 inches (70 inches) tall. Likewise, looking at her physical appearance, she has an athletic body type and has fair skin with light brown eyes color and black hair. 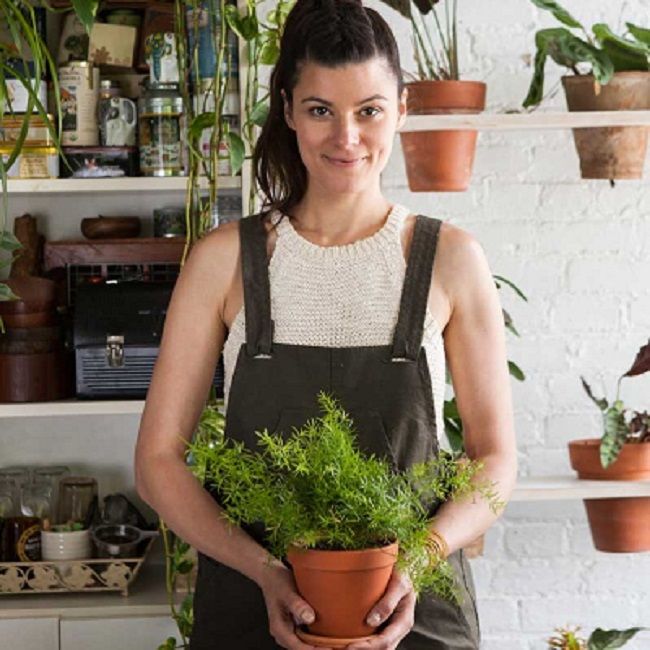