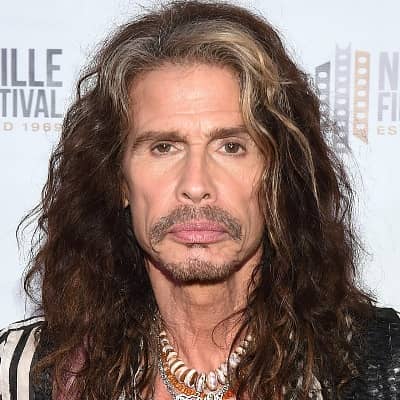 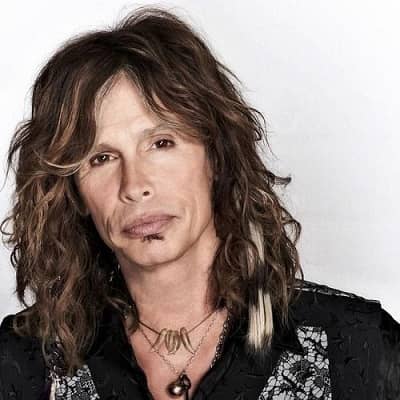 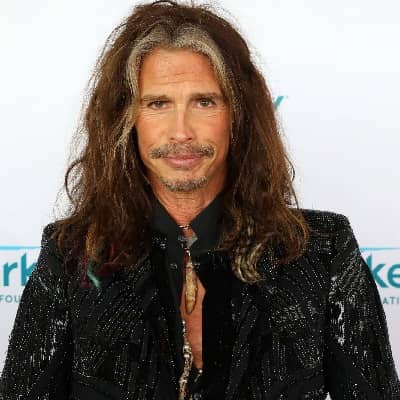 Steven Tyler was born on the 26th of March, 1948, in Manhattan, New York, USA. He is 74 years old as of March 2022. He was born to parents Victor Tallarico and Susan Ray. His father was a classical musician and music teacher while his mother was a secretary. He is of mixed ancestry as his father was of Italian and German descent while his mother had  Ukrainian, English, and African-American ancestry.

He also has an older sister called Lynda. Steven grew up in New York. He went to Roosevelt High School. He later transferred to Leonard Quintano’s School for young professionals as he was expelled from Roosevelt for the use of marijuana. When Tyler was 17, he and his friend attended a Rolling Stones concert in Greenwich Village. 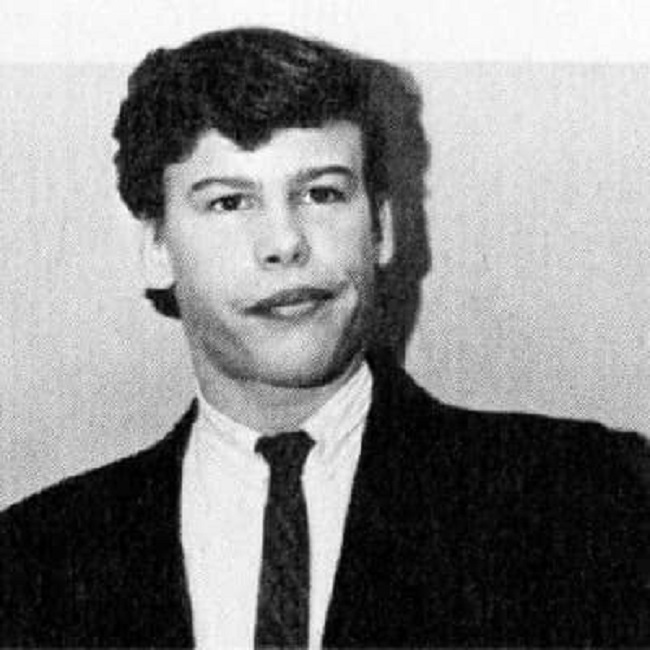 At a local rock performance in 1969, he met his future bandmates Joe Perry (guitar) and Tom Hamilton (bass). The three of them agreed to start a band. In 1970, the ‘Aerosmith’ was founded with the addition of two more musicians. In 1972, the band got a record deal with Columbia Records, and their self-titled album was released in 1973. The band’s next album, ‘Get Your Wings,’ was released in 1974. The band also toured during this time.’ Aerosmith’ had a good run in the mid-1970s. The band became very well-known after the release of their albums such as ‘Toys in the Attic’ (1975) and ‘Rocks’ (1976).

Tyler quickly became a youth icon and sex symbol due to the band’s success. ‘Aerosmith’ was in high demand at major rock music festivals, performing to sold-out crowds during 1976. The album ‘Draw the Line’ was released in 1977. This album, like its predecessors, was a big hit. It also featured the singles ‘Draw the Line’ and ‘Get it Up’. Rolling Stone named the album one of the ‘100 Greatest Heavy Metal Albums of All Time,’. The band also did a lot of touring and playing in locations like Europe and Japan. Their live performances were also huge successes.

The band started to fall apart by the end of the 1970s. The members of the band had their own personal issues. Tyler and Perry both had drug problems, which put their careers in jeopardy, and Perry eventually left ‘Aerosmith’. In 1980, Tyler got in a motorcycle accident. Tyler’s drug addiction got worse as he couldn’t think of anything besides drugs.

He also started to drink heavily which affected his voice. After a long hiatus, the band finally made comeback in 1984, they held a concert tour titled ‘Back in the Saddle Tour’. However, the band members were still indulged in drugs. After realizing that they were destroying their careers, the members sought help and attended the rehabilitation programs in 1986. They had finished their treatment by the end of the decade.

The band continued to record into the 1990s, though not as frequently as before. ‘Get a Grip,’ released in 1993, was the band’s best-selling album. Desmond Child, Jim Vallance, and Jack Blades were among the guests on the record.

Throughout the first decade of the new millennium, ‘Aerosmith’ was active. They also went on tour, performed live, and recorded records. ‘Just Push Play’ (2001) and ‘Honkin’ on Bobo’ (2001) were two of their albums released throughout the decade (2004).

Steven’s debut solo album, ‘We’re All Somebody from Somewhere,’ Debuted at number one on the US Top Country Albums chart in 2016. Following that, he released ‘Out on a Limb Tour’.

The band announced their farewell tour after performing for over half a century, from 1970 to 2019. Tyler and Perry stated that the band’s final studio album was in the works. 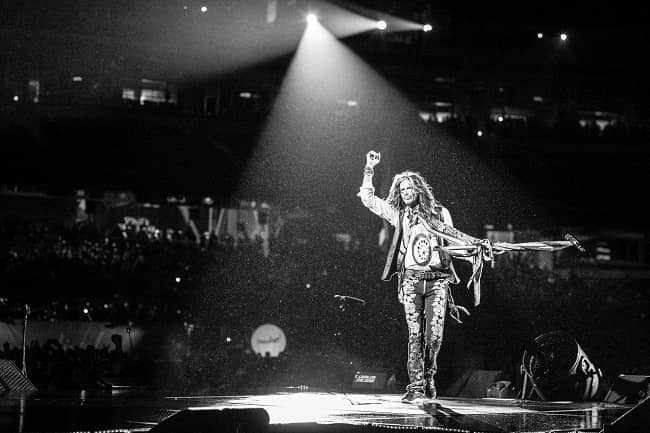 ‘Pump’ is the only album by ‘Aerosmith’ to feature three Top 10 singles on the ‘Billboard Hot 100.’ The band’s first single to hit No. 1 on the ‘Mainstream Rock Tracks’ chart was ‘Love in an Elevator.’The album ‘Get a Grip’ by Aerosmith has sold over 20 million copies worldwide. The album’s songs were nominated and won two ‘Grammy Awards.’In 1993, ‘Metal Edge’ named the album ‘Album of the Year’.

Tyler’s band, ‘Aerosmith,’ has won four Grammy Awards for the songs ‘Janie’s Got a Gun,’ ‘Livin’ on the Edge,’ ‘Crazy,’ and ‘Pink,’ all in the category of ‘Best Rock Performance by a Duo or Group with Vocal’.In 2013, he and his band, Aerosmith, were inducted into the ‘Rock and Roll Hall of Fame.’ Tyler was inducted into the ‘Songwriters Hall of Fame,’ along with his songwriting partner Perry.

Steven is currently in a relationship with Aimee Preston. Aimee was the assistant of Steven Tyler but the two later cozy and started dating. The couple started dating in 2014 but went out publicly in 2016. Aimee first met Steven while she was working for an entertainment company. Tyler asked her to become his assistant in 2012. Aimee was also an assistant previously for Victoria Beckham and Marla Maples. The couple lives in L.A.

During the 1970s, Steven was in a relationship with model Bebe Buell. Together they had a daughter named Liv Tyler. Liv Tyler later became known as an American actress, singer, producer, and model. He later married model Cyrinda Foxe. They were married from 1978 to 1988. The couple also shares a daughter named Mia Tyler.  He married clothing designer Teresa Barrick in 1988. The couple has two children, Chelsea and Taj Monroe. The duo separated in 2006. He engaged model Erin Brady in 2011. They called quits in 2013.

Tommy Tallarico is his cousin. Tommy is a co-creator of the concert series Video Games Live. 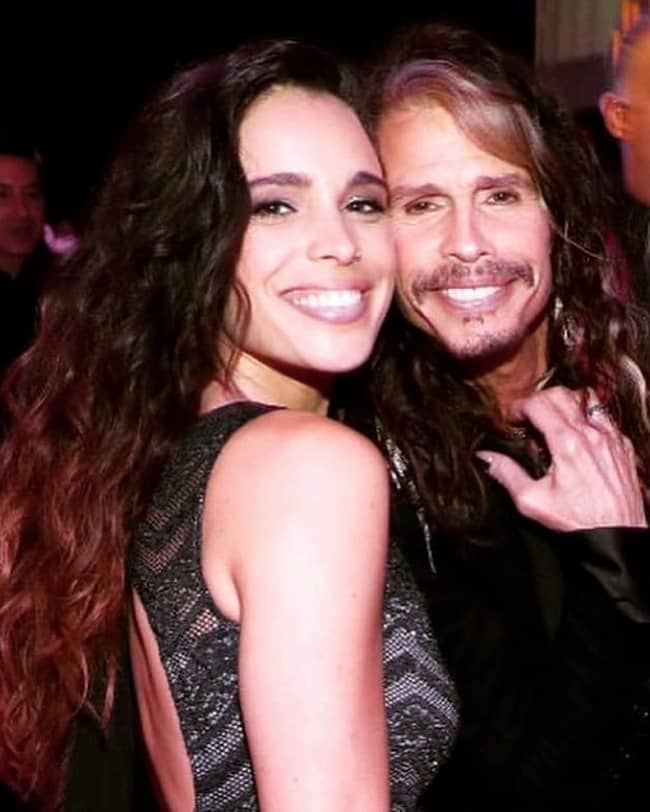 Steven Tyler has a height of 5 feet 8 inches and he weighs 67kg. Tyler has brown hair with a little bit of white hair in the front. His eyes are brown in color.

Steven Tyler is quite active in social media. He has an Instagram account @iamstevent with 2.4m followers. His Twitter account @IamStevenT has 1.7m followers. He also has a Facebook page named Steven Tyler with 5m followers. He often posts about his family, friends, trips, and works on social platforms.