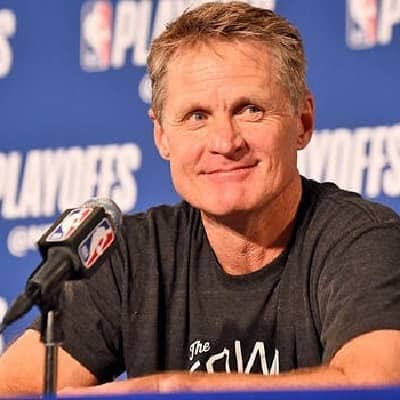 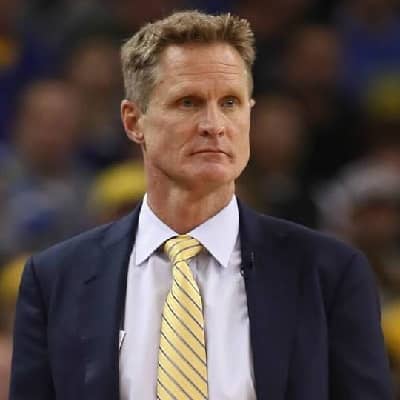 Steve Kerr is a 55 years old former basketball player and coach. Steve Kerr has won a total of eight NBA championship for five-time as a player and three-time as a coach.

Steve Kerr is a 55 years old former basketball player and coach. Likewise, Steve Kerr was born on September 27, 1965, in Beirut, Lebanon. The real name of Steve Kerr is Stephen Douglas Kerr. Steve is the son of Mother Ann (née Zwicker) and father Malcolm H. Kerr. He has one sister, Susan, and his two brothers are John and Andrew. Steve’s family has been living in Beirut since the 1920s when his grandparents came to the Middle East. Similarly, Steve’s father was a faculty member of the American University of Beirut who later became its president.

Steve grew up as a child in Beirut and other parts of the Middle East. He studied at Cairo American College in Egypt and the American Community School in Beirut, Lebanon. Similarly, after completing his school, Steve went to America to attend the Palisades High School (now Palisades Charter High School). While studying in Palisades High School, he grew a great interest in basketball and played for the Palisades Dolphins. In 1988, Steve graduated from the University of Arizona with a Bachelor of General Studies, with emphasis on history, sociology, and English.

On 18th January 1984, a great tragedy fell into Steve’s life, his father was assassinated by Islamic Jihad. The sudden loss of their father deeply affected Steve who was just 18 years old.

Steve was not a highly sought-after player in high school. However, he managed to secure himself a place in Arizona’s basketball program, Arizona Wildcats. While playing for Arizona Wildcats, he truly came into his form as a player and drew the attention of NBA scouts.

Steve played a total of five seasons for Arizona between 1983 and 1988, appearing in 129 matches. Steve sum up the average scoring of 11.2 points per game. Similarly, Steve won the gold medal in the FIBA World Championship in Spain in 1986 with the USA basketball team. 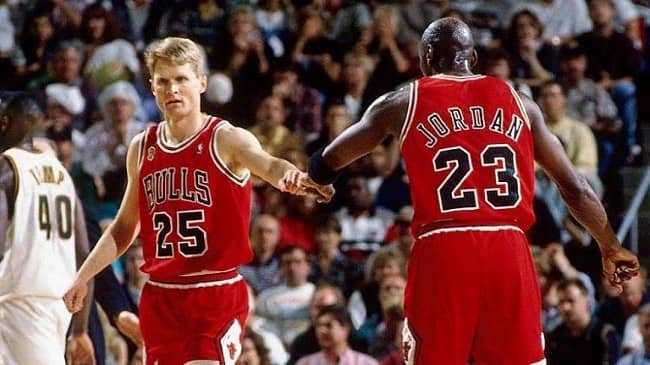 Steve made his NBA debut on March 12, 1989, with Phoenix Suns against Milwaukee Bucks. Steve played just one season and he was traded for Cleveland Cavaliers where he showed his incredible performance for 3 years. Similarly, in 1993 Steve signed for Chicago Bulls. Steve was able to win 3 NBA championships with the Chicago Bulls. Later in 1999, Steve was traded for Spurs where he got the opportunity to play under the legendary coach Gregg Popovich. Steve won the NBA championship for the Spurs two times.

Kerr retired as a professional player with a record of 910 matches and scoring 6.0 points per game on average. Similarly, in honor of Steve, the Arizona Wild Cats retired the no. 25 jerseys 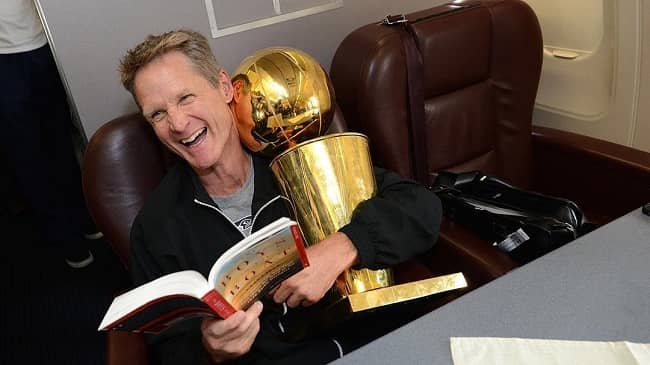 Steve Kerr made his coaching debut with the Golden State Warriors as the team’s head coach on May 14, 2014. The warriors were the underdogs who were struggling for the championship since 1975 for 41 years. After the arrival of Steve, the club was able to keep its hands on its first trophy since 1975. 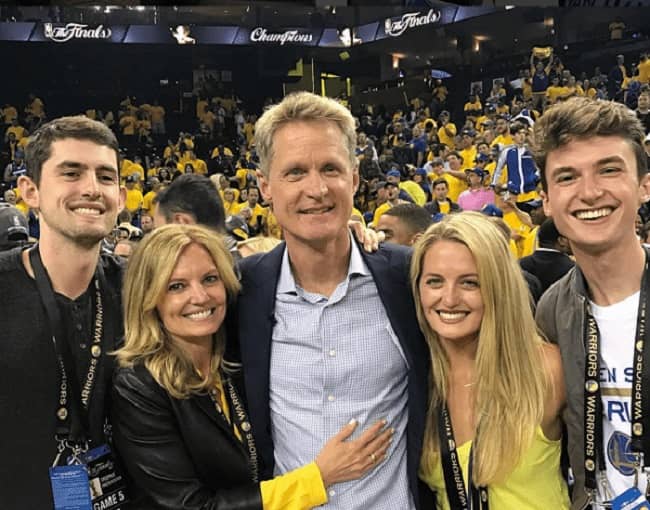 Talking about the relationship status of Steve, he is currently married to Margot.  Steve first met Margot in his college in Arizona in 1985. They dated for nearly 5 years. Likewise, they got married on 15 September 1990. The couple is blessed with three children, two sons, Nick and Matthew, and one daughter, Madeleine.

Talking about the body measurements of Steve,  Steve stands tall with the height of  6 feet and 3 inches.  Similarly, Steve has brown eyes along with blonde hair. There is not much information on the body measurement of  Steve, we will be updating our database soon.

Talking about social media, Steve has an account on Twitter and he has earned more than 634 thousand followers on his Twitter account. Besides, he has no official account on other social media however we can find his many fan pages and accounts on Facebook as well as on Instagram. Similarly, talking about the net worth, Steve has not disclosed yet in the public. However, his total net worth is estimated to be $5 million to $8 million