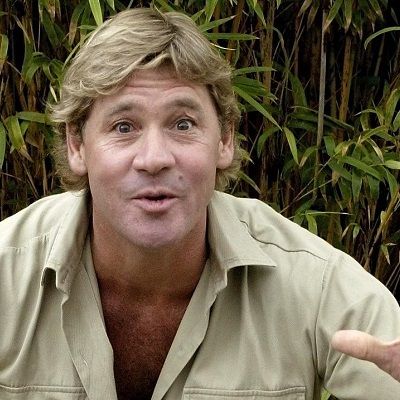 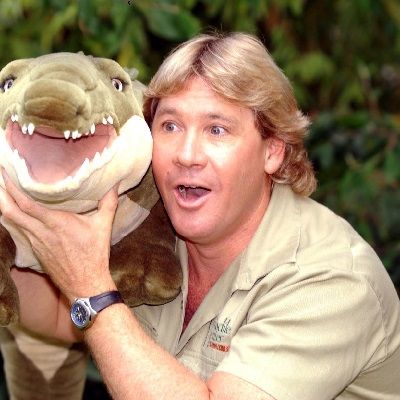 Steve Irwin was an Australian zookeeper, conservationist as well as a television personality. Steve Irwin has achieved worldwide fame from the television series. He has hosted Crocodile Hunter (1996–2007), an internationally broadcast wildlife documentary series along with his wife Terri.

The tragic death and his family’s situation

Steve Irwin died on 4 September 2006 at the age of 44 years old in Batt Reef, Queensland, Australia due to Stingray’s injury to the heart. Irwin’s family has fallen out and is no longer speaking, 13 years after the Crocodile Hunter’s death.

According to his older sister Joy Muscillo, his wife Terri and their children, Robert and Bindi, became estranged shortly after his death in 2006. He tragically died in Batt Reef, Australia when a stingray’s barb pierced his heart.

His sister Joy says she would have spoken about the fallout sooner, but a confidentiality agreement prevented her to do so.

Breaking her silence, she told the Daily Mail Australia, that the situation between the family members was ‘very sad.’ She said she keeps away from all that since the family stuff is just very sad.

Joy worked at Beerwah Reptile Park, later known as Australia Zoo, alongside her family where she helped out at the food court and her husband Frank worked as general manager.

She claimed in 2008 that his wife Terri “walked her husband out” of the zoo. She also said that she then decided to leave herself with her adult children and her father Bob quit too.

As of now, Joy’s husband and children lead a quiet life and run their restaurant while Bob Snr has become a recluse in recent years. Bob said he didn’t think he would be invited to granddaughter Bindi’s wedding.

And that’s when rumors started about a possible feud between the Irwins.

Bindi Irwin aged 21, announced her engagement to boyfriend Chandler Powell in July 2019. She also spoke about the rumored rift between her relatives at the AACTA Awards in Sydney in 2015. She said:

“Everyone deals with grief differently. When my dad passed away he (Bob) chose to distance himself from everything that Dad loved the most. At the moment we’re just respecting his wishes because he hasn’t had anything to do with us for a long time and he decided his path.”

Steve Irwin was born on February 22, 1962, in Essendon, Melbourne, Victoria, Australia. His birth name is Stephen Robert Irwin. He is born to parents Bob Irwin and Lyn Irwin.

He grew up with his parents as a child in Queensland around crocodiles and other reptiles. His father was a wildlife expert (herpetology), while his mother Lyn was a wildlife rehabilitator.

From an early age, he became involved with the park in several ways, including taking part in daily animal feeding, as well as care and maintenance activities.

On his sixth birthday, his gift was a 12-foot (4 m) scrub python. At the age of 9, he started handling crocodiles after his father had trained him on handling reptiles. He also wrestled with his first crocodile at the age of nine under his father’s supervision.

Likewise, he also worked as a volunteer for Queensland’s East Coast Crocodile Management program and captured over 100 crocodiles. Likewise, he holds an Australian nationality and ethnicity Irish.

Talking about his educational history, he attended Landsborough State School. Then he joined Caloundra State High School for graduation.

Steve Irwin met Terri Raines, an American naturalist from Eugene, Oregon in 1991, while visiting wildlife rehabilitation facilities in Australia and had decided to visit the zoo.

They fell in love at first sight. They engaged four months later and exchanged their vows in Eugene on 4 June 1992. Likewise, they had two children: a daughter, Bindi Sue Irwin (born 24 July 1998), and a son, Robert Clarence Irwin (born 1 December 2003).

Though their marriage is a success, they did not wear wedding rings as they believed in their line of work but not in wearing jewelry. However, it could pose a hazard to them and/or the animals. 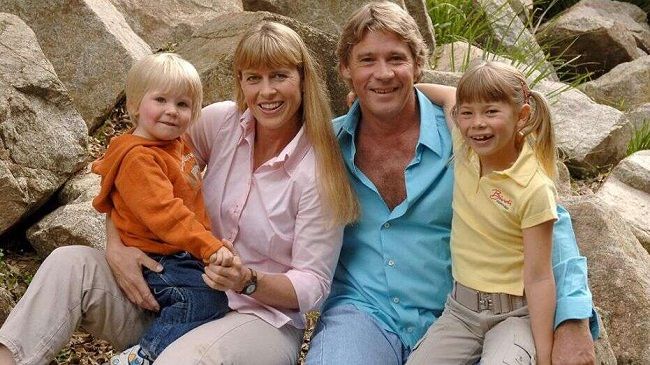 There were many scandals relating to his professional life. Different allegations were made that Steve disturbed the wildlife.

Likewise, he was criticized for having an unsophisticated view of conservation in Australia that seemed more linked to tourism than to the problems Australia faces as a continent

The shows aired in more than 200 countries at their peak of popularity. His dangerous encounters with animals often amaze audiences. Additionally, his adventurous deeds considered him a wildlife educator, sharing his knowledge and enthusiasm for animals with his viewers. 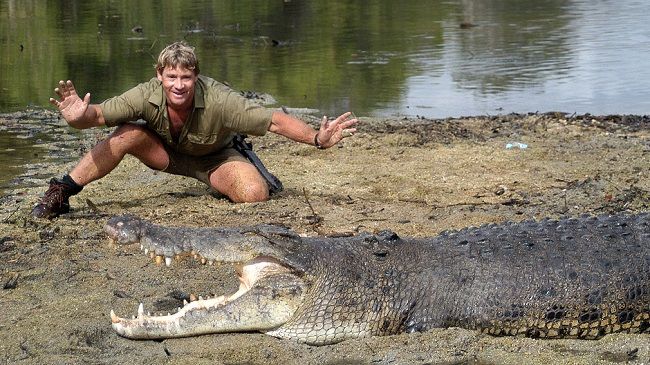 He had his catchphrase “Crikey!” as an Australian expression of surprise or excitement. There had been many countless parodies and spoofs for the famed adventurer. Even The Simpsons and South Park featured sends up 0f him.

He wasn’t even afraid to poke fun at his image as an energetic naturalist and showman. Likewise, he appeared in the 2001 film Dr. Dolittle 2 with Eddie Murphy. In the same year, he and his wife also starred in their film, The Crocodile Hunter: Collision Course.

Furthermore, he along with his family appeared in the Wiggles video/DVD release Wiggly Safari, a set in Australia Zoo and featured singing and dancing inspired by Australian wildlife in 2002.

Also, he confronted an advertising campaign for The Ghan, a passenger train operating between Adelaide, Alice Springs, and Darwin. A Pacific National NR class locomotive was named Steve Irwin for part of the campaign.

In 2005, he featured his voice for the 2006 animated film Happy Feet, like an elephant seal named Trev. They dedicated the film to him as he died during post-production.

Likewise, they restored another previously incomplete scene that he featured providing the voice of an albatross and essentially playing himself to the DVD release.

Moreover, he had been involved in many media champaign too in which he has a great contribution. Those advertising campaign payments given to him were directed into his wildlife fund. 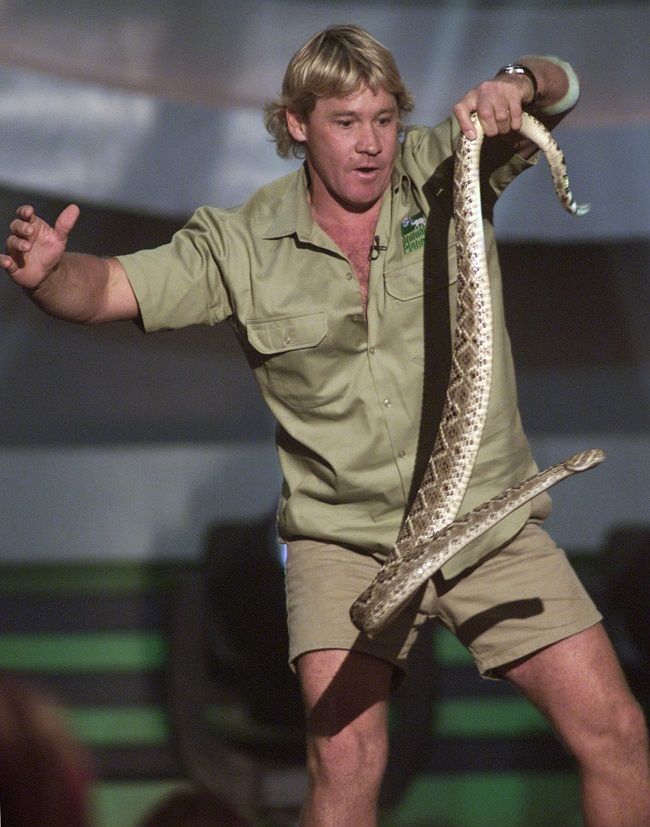 In 1997, while on a fishing trip on the coast of Queensland with his father, Steve Irwin founded a new species of turtle. Later he was honored by naming the newly discovered species Irwin’s turtle.

Furthermore, Irwin was awarded the Centenary Medal by the Australian government for his “service to global conservation and Australian tourism” in 2001. Likewise, he became Tourism Export of the Year in 2004.

In May 2007, the government of Rwanda tributed the name of a baby gorilla after Irwin to his work in wildlife conservation.

Also in 2007, the state government of Kerala, India named the Crocodile Rehabilitation and Research Centre at Neyyar Wildlife Sanctuary respect to his honor.

In 2009, the Queensland Business Leaders Hall of Fame recognized him for international entrepreneurship. In both business and wildlife conservation, he had significantly contributed to Queensland and its international reputation.

Likewise, he was a posthumous recipient of the Queensland Greats Awards in 2015. On 22 June 2017, he was posthumously honored with a star on the Hollywood Walk of Fame. They disclosed the star on 26 April 2018.

On 22 February 2019, the search engine Google released a Google Doodle commemorating him, in the form of a slide show on his 57th birth anniversary.