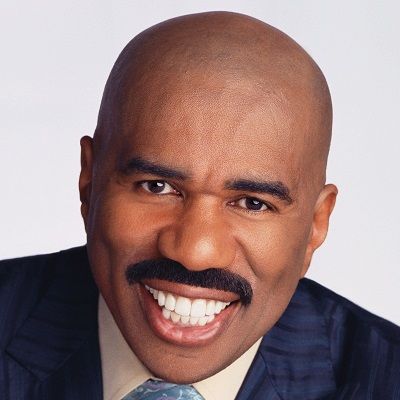 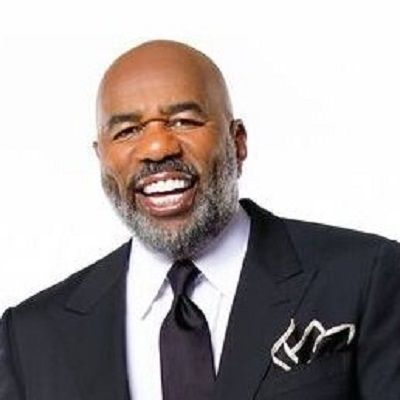 Steve Harvey was born on 17 January 1957 in Welch, West Virginia. His real name is Broderick Steven Harvey and his age is currently 63 years old. His parents are mother Eloise and father Jesse Harvey. Similarly, his father had passed away in 2000 of black lung disease as he was a coal miner. Steve was the youngest of five children. Steve belongs to American nationality. His siblings are Mona Harvey, Terry Harvey, Pauline Harvey, as well as another one who is unnamed.

Talking about Steve’s ancestry, his grandfather was a slave from an African country. However, he hasn’t succeeded in tracing the exact country of his family’s origin. Nevertheless, he suspects that his roots are in Ghana and he took a pilgrimage to Ghana in 2019 before attending an interview at Cape Town, South Africa with his wife Marjorie.

Steve and Marjorie are the first generations of people to return to their roots among their families. Quoting Steve from the interview, “America is our home, but Africa is our homeland”. This clearly shows Steve’s love for his roots and ancestry. Steve went to Glenville High School for his preliminary education. After graduating in 1974, he attended Kent State University and West Virginia University. Steve was also a member of the Omega Psi Phi fraternity.

In 1990, he took part in the Second Annual Johnie Walker National Comedy Search. He won a chance to host the music TV show, “It’s Showtime at the Apollo“. As his hosting duties on the iconic show were far from the only thing on his plate, he decided to leave the show. Thus, after this, he got an opportunity to be a starring role in the ABC show, “Me and the Boys” in 1994.

In 1996, Steve started his own show “The Steve Harvey Show” which ran till 2002 on the WB network. The show was very popular and especially loved by the African-American community. The show was also loved for having a professional partnership between Harvey and a younger comic named Cedric the Entertainer. Cedric played Harvey’s best friend on the show and also joined him on a groundbreaking national stand-up tour.

During that tour, The Kings of Comedy, Bernie Mac and D.L. Hughley also joined on a four-man roadshow. The roadshow became a surprise nationwide hit. As a result, The Kings of Comedy was ranked in more than $19 million in the United States as it became the highest-grossing comedy tour.

After the release of Spike Lee’s 2000 documentary, The Original Kings of Comedy, Harvey along with the other three became national celebrities. It also captured the highlights of a two-night show in North Carolina. The film cost only $3 million to make and ultimately earned more than $38 million at the box office. However, Harvey did not stop even after such peak fame.

In 2000, The Steve Harvey Morning Show was launched, a daily talk radio show. In the beginning, the show was only aired in Los Angeles and Dallas. However, the show gained national attention and continues to air on various stations across the country.

Moreover, Steve played the role of comedian as well as a host in the show “Steve Harvey’s Big Time Challenge” in 2003. The show aired on WB Network until 2005. Steve also wrote a book during this time named “Steve Harvey’s Big Time”. After successfully earning his name on TV and stage, Harvey starred in films “The Fighting Temptations”, “You Got Served (2004)“, “Johnson Family Vacation(2004)” and “Racing Stripes”(supporting role) in 2005. 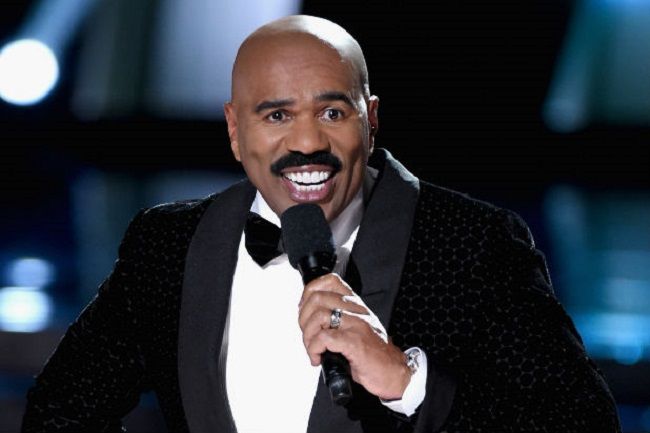 By 2005, Harvey proved himself as an all-rounder; an actor, entertainer, author, and TV host. He wrote the bestseller “Act Like a Lady, Think Like a Man” in 2009 and soon followed it up with the film “Think Like a Man” in 2012. He also wrote another book, “Straight Talk, No Chaser” in 2010. Harvey hosted the “Disney Dreamers Academy” which was a career-focused show for teens. After two years, Harvey became the host of the TV show “Family Feud”. The show was suffering from low ratings. However, it became the second most-watched daytime show.

Harvey’s 27-year long journey as a comedian came to an end in August 2012 when he gave his last performance as a stand-up comedian at MGM Grand in Las Vegas. After a month, he started his self-titled talk show “Steve Harvey”. The show continued until 2016. After that, a new syndicated talk show “Steve” was broadcasted in November 2016. 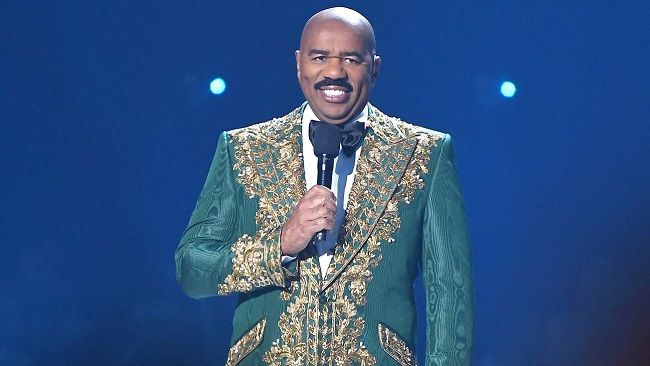 The famous comedian was also offered to host Miss Universe. In 2015, Harvey was called to host the Miss Universe pageant in Las Vegas.  The show ended with a major blunder in which Harvey mistakenly announced Miss Columbia as the winner. However, he did correct himself and declared Miss Philippines as the winner. However, the mistake did not stop him from hosting the pageant. He hosted the 2017 and 2018 pageant as well which was held in the Philippines.

Harvey was hosting another program, Little Big Shots. The show premiered in March 2016 on NBC. Similarly, the shows focused on kids showcasing their talents across different disciplines such as music, dancing, and martial arts. The show was renewed for a second season in 2017 and a third season. However, in May 2019, Harvey was replaced as a host for Melissa McCarthy.

Moreover, Steve also got a star on the Hollywood Walk of Fame. The greatest achievement was in 2015 when the street where Harvey lived as a child, East 112th Cleveland was named after him, i.e. Steve Harvey Way.

The hardworking and extremely talented Harvey has earned a lot of fame and won hearts. He has an estimated net worth of $160 million and a salary of about $40 million.

Love life of Harvey is quite interesting. He has been married thrice. He was first married to Marcia Harvey and has twin daughters (Brandi and Karli) and a son (Broderick Jr.) with her. After a failed marriage with her, Harvey married Mary Shackelford and has a son (Wynton) with her.

Two years after his divorce with Shackelford, Harvey married Marjorie Bridges in 2007. Bridges have three children from his last marriage. Thus, together Harvey has seven children and four grandchildren. 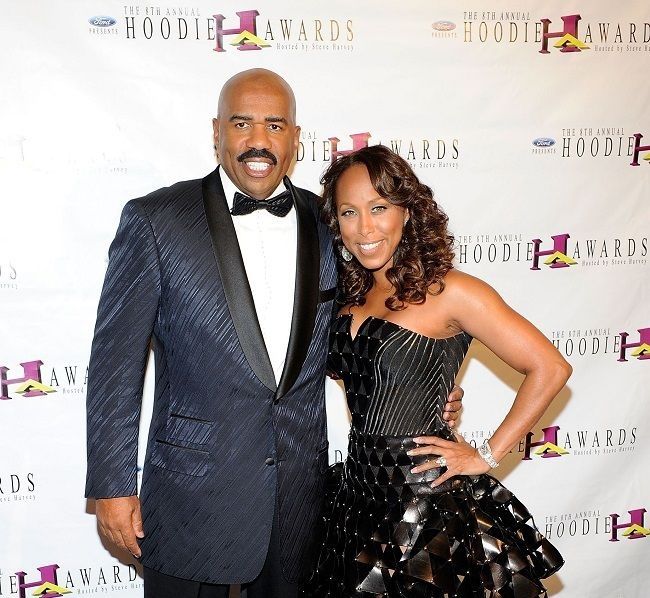 Steve Harvey stands at a height of 6 feet 2 inches and weighs 102 Kg. Harvey has dark brown eyes and he is bald.