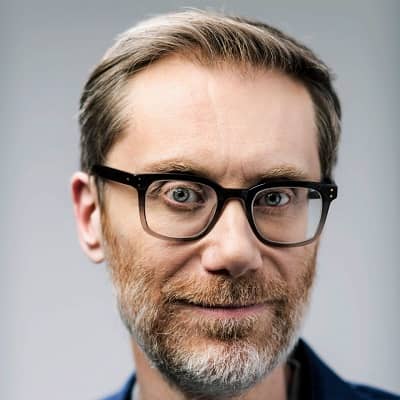 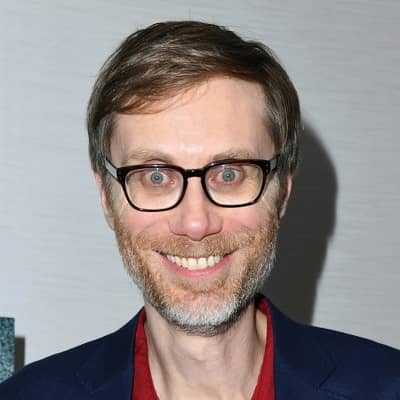 Stephen Merchant is a British actor, comedian, director, presenter, and writer. Stephen Merchant is best known for his collaborations with Ricky Gervais, as the co-writer and co-director of the popular British sitcom The Office, as the co-writer, co-director, and co-star of Extras. Additionally, he is the co-host of The Ricky Gervais Show in its radio, podcast, audiobook, and television-show forms.

Stephen Merchant was born on 24 November 1974, in  Hanham, Bristol, United Kingdom, and his age is 47 years old as of the year 2022. His real birth name is Stephen James Merchant.

Talking about Stephen Merchant’s parents, his father’s name is Ronald John Merchant and he is a plumber and builder. His mother’s name is Jane Elaine and she is a nursery nurse.

Stephen is the brother of art director Alexandra Merchant. From a young age, Stephen wanted to be a writer/director/performer. Stephen Merchant is known to be British by nationality and belongs to the Atheist religion, and his zodiac sign is Sagittarius. 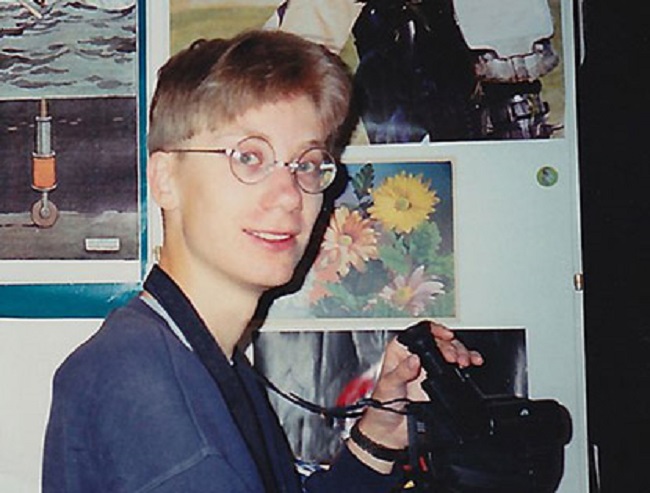 Talking about Stephen Merchant’s formal education, Stephen attend Hanham Secondary School and later the University of Warwick in Coventry from 1993 to 1996, where he received a 2:1 for his BA in Film and Literature.

Stephen Merchant is in a relationship with American model and actress Mircea Monroe. They started dating around 2017. Furthermore, they live in a home which is previously owned by Ellen DeGeneres in the Nichols Canyon area of Los Angeles.

Stephen Merchant has previously dated Hayley Atwell in 2013 and Claire Jones from 2007 to 2009.

Stephen and Mircea aren’t married yet and have no children. They looked like a beautiful couple together and might tie the knot in the future. 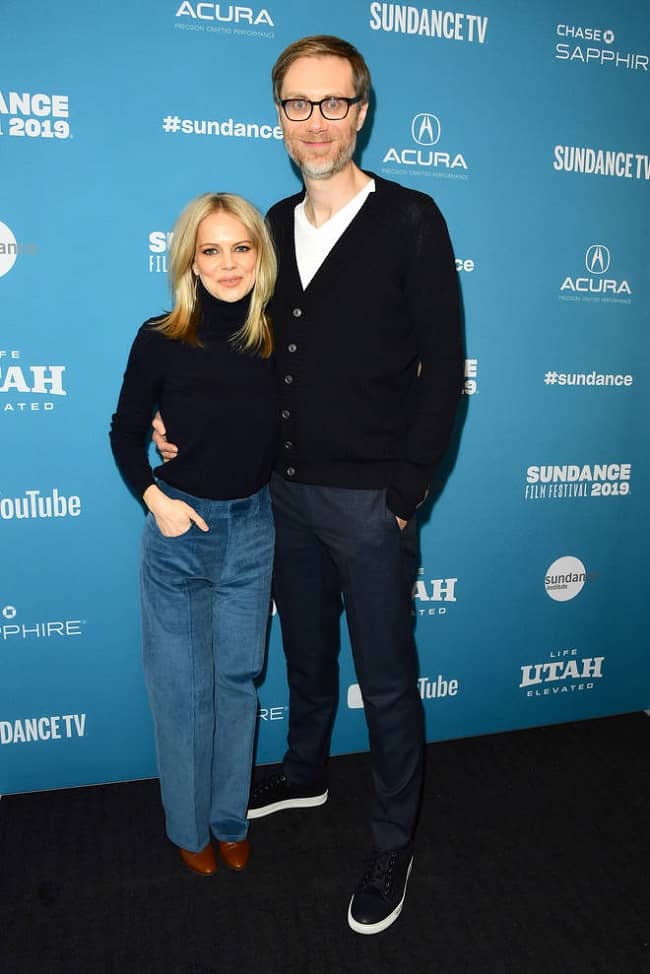 Firstly, Stephen Merchant started his career as a stand-up comedian at Bristol’s Comedy Box. He also appeared as a contestant on a 1997 episode of the TV game show Blockbusters and worked as a DJ for Radio Caroline for a short time.

Merchant first met Ricky Gervais in 1997, and Gervais hired Merchant as his assistant. From January to August 1998, Merchant and Gervais co-hosted a Saturday afternoon radio show. The first series of The Office, co-written and co-directed by Merchant and Gervais, aired on BBC Two in mid-2001. The show initially received low ratings.

In addition to writing and directing the show, Merchant appeared as Oggy or Oggmonster in the episode “Charity” as a friend of Gareth Keenan’s character. The merchant had a recurring role as a chef on Garth Marenghi’s Darkplace, a cameo on Green Wing, and worked as a script associate on the Chris Morris and Charlie Brooker sitcom Nathan Barley in 2004.

The Office premiered to critical acclaim in the United States the same year. It later won the Golden Globe for Best Television Series – Musical or Comedy, which Merchant and Gervais both accepted.

The American version of The Office premiered in March 2005, with Merchant and Gervais credited as executive producers. Merchant, Gervais, and Pilkington began recording a weekly podcast in December 2005, with sponsorship from The Guardian.

Their podcast was consistently ranked as the most popular in the world, and Guinness World Records certified it as the most downloaded of all time.

Furthermore, Merchant began hosting his weekly radio show on BBC 6 Music on Sunday afternoons in January 2007. The Steve Show, rather than comedy, focused on toast and music, particularly “new music.” “The Steve Show” ran for four seasons, ending in May 2009.

Additionally, Merchant appeared as Caliban in The Wolverine sequel Logan in 2017. Fighting with My Family, a biographical sports comedy-drama film was written and directed by Merchant in 2019. Merchant co-wrote, co-produced, and co-directed The Outlaws, a 12-part comedy-drama set in Bristol, in 2021. 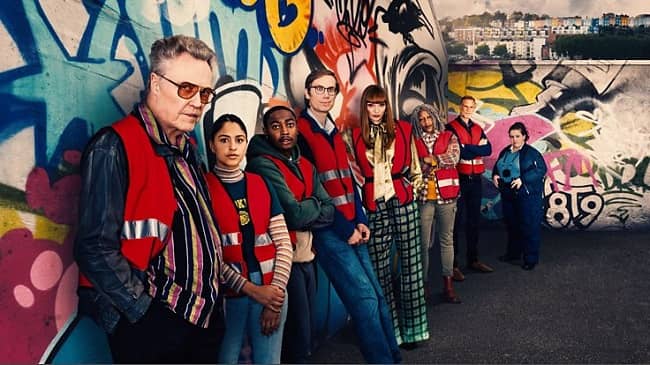 Caption: Stephen Merchant with his on-screen family. Source: About Manchester

Stephen Merchant has endorsed many brands till now. He has seen collaborating with different brands but has not seen endorsing or supporting any particular products.

In the coming days, we may see Stephen collaborating with some brands and supporting their products. No further information is available regarding the other brands he has cooperating till date.

Stephen Merchant has won several awards, including two Golden Globes, three BAFTAs, a Primetime Emmy, and four British Comedy Awards. Despite being a well-known actor and comedian, he may be in line for many more awards.

Stephen Merchant tops People With Money’s list of the top ten highest-paid comedians for 2022, with an estimated $46 million in combined earnings. Similarly, Stephen’s net worth is estimated to be around $145 million.

He has also launched his Vodka Pure Wonder merchant – in England, and he is attempting to break into the juniors market with a top-selling perfume With Love from Stephen and a fashion line called “Stephen Merchant Seduction.”

Stephen Merchant’s latest TV role sees him getting interrupted by police in the middle of a sex act. He portrays sex predator Stephen Port, who drugged and raped four men before dumping their bodies near his home in Barking, east London.

Other than that, Stephen hasn’t been associated with any sorts of rumors or controversies that would hamper his career.

Stephen Merchant’s height is 6 feet 7 inches tall and weighs 91 kilograms. He is of slim body type but his body measurements are not available.

Stephen has beautiful blue eyes and blonde hair color but unfortunately, his dress size and shoe size are not available.

Additionally, Stephen hasn’t inked tattoos on any parts of his body till now as of 2022 and he simply doesn’t see the necessity for it.

Stephen Merchant is very popular on social media and her fans love her for the positive influence she has on them. She is very active on Instagram, where she likes to post snaps of her latest photoshoots or her lovely family with Figo.

Besides that, Stephen Merchant is not available on Facebook. There are many Facebook accounts with Stephen Merchant’s name so it is difficult to find his official account.