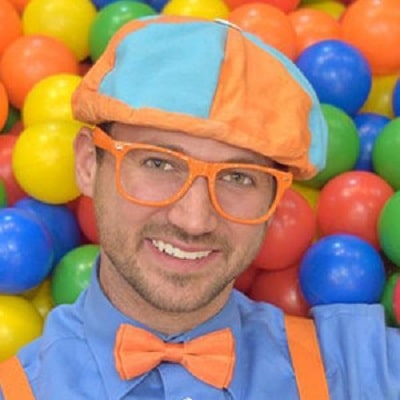 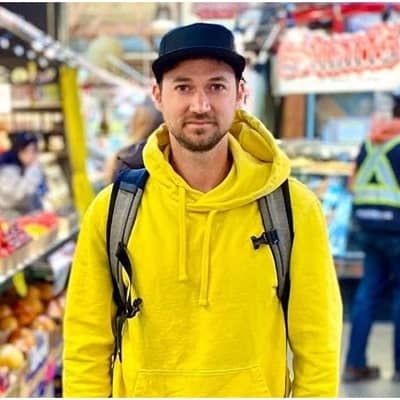 Stevin W. John (Stephen J. Grossman) is an American children’s entertainer and educator best known online as Blippi and is available on YouTube, Hulu, Netflix, HBO Max, and Amazon Prime Video. The Blippi character that John plays has a youthful, vivacious, and inquisitive demeanor, and is constantly decked out in a blue shirt, orange suspenders, and an orange bow tie.

Stephen J Grossman, sometimes known as Stevin John or Blippi,  who was born in Ellensburg, Washington, on May 27, 1988, with the horoscope sign of Gemini. He is 34 years old.  His mother’s name is Nancy, and he has a sister who also hasn’t had her name made public, but nothing more is known about his parents. He is of White Caucasian ethnicity and has American citizenship.

John has said that he grew up “surrounded by tractors, cows, and horses” and that as a little boy, his dream jobs were to be a fighter pilot and a limo driver.

Stevin John began his career when he enlisted in the US Air Force and began working as a loadmaster for the 4th Airlift Squadron’s C-17 Globemaster aircraft. During his time in the military, he was in charge of making sure the cargo weight and location were correct in order to keep the aircraft’s center of gravity within allowed bounds during the flight.

He served from July 2006 to June 2008, and from 2009 to 2010, he lived in Los Angeles, California. He worked as an SEO consultant for Wpromote. Then pursued a career in brand building, web marketing, and business content production. Also, He has experience as a freelance filmmaker. 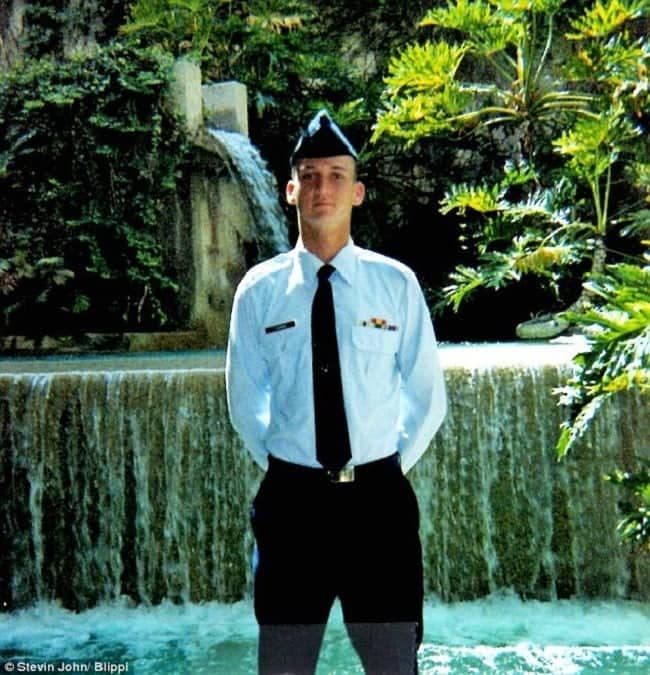 Getting Famous as Blippi

After returning to Ellensburg in 2014 and viewing low-quality YouTube videos with his nephew. Stevin John had the idea to create the character Blippi.

Blippi instantly launched his official YouTube account and got to work on it, becoming the star of his instructive films for kids. His mother Nancy made the outfit, and it helped his persona become identifiable since he constantly wears orange suspenders, a blue shirt, a bowtie, a blue and orange beanie cap, and orange spectacles.

In February 2014, the first video, named “FARM TRACTORS – KIDS SHOW,” was made available. When his films began receiving millions of views, he first conducted all of the filming and editing. But ultimately his production staff grew.

His primary channel has more than 12.3 million members, and his videos have had over nine billion views overall. Blippi Learns about Jungle Animals for Kids | Educational Videos for Toddlers, Videos for Toddlers with Blippi | Learn Colors. And Numbers for Children, and “Detective Blippi Video for Children | Police Videos for Kids,” to mention a few of the most well-liked videos on his main channel.

Then, the team led by Stevin John began making movies in additional languages, such as German, Spanish, Portuguese, and Arabic. They also produced the Blippi dolls, clothing, DVDs, CDs, and digital downloads of the films, in addition to the Blippi website and product line. 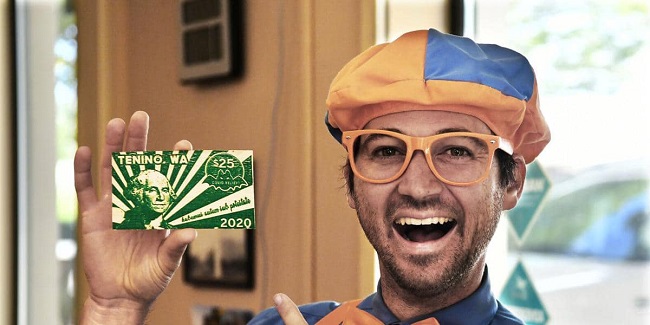 Stevin John and Alyssa Ingham are romantically connected. Although the public is unaware of how and when they first began dating. The pair frequently shares their adorable Instagram photos. Stevin and Alyssa currently reside in Las Vegas, Nevada. They each have two dogs as pets, called Lyno and Lily. 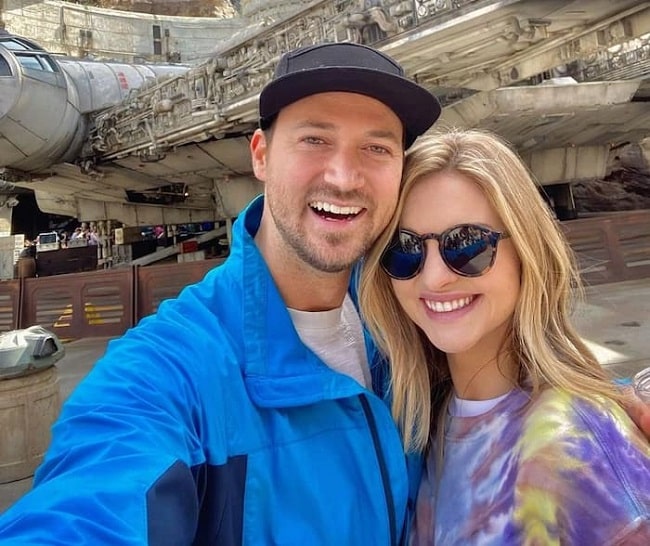 American children’s entertainer and educator Blippi, also known as Stevin John, has a net worth of $16 million.

Blippi attempted a feat that few individuals have done successfully. Because of this, he might not have earned any awards or nominations. But we can still give him credit for inspiring and training huge numbers of children all around the world. Many parents thank him for helping to create a supportive atmosphere for kids.

Parents paid expensive prices for tickets to a Blippi tour that was announced in 2019, but the performance was really by a Blippi imposter, for which John was condemned. The announcements and ads for the Blippi Live concert, according to the producer and promoter, made it plain that John would not be joining the tour; a refund was provided to ticket holders.

Stephen John has hazel eyes and short, light brown hair. His height is 5 feet 10 inches (1.78 meters), and his weight is about 158 pounds (72kgs). There is no information about his age, height, weight, or shoe size.