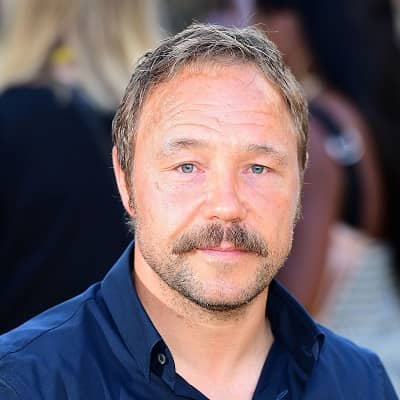 Stephen Graham is an English actor best known for his role in the film This Is England as Andrew “Combo” Gascoigne. Moreover, Stephen Graham also starred in the fifth series of the BBC One series Line of Duty as DS John Corbett in 2019.

Stephen Graham was born in Kirkby, Lancashire, the United Kingdom on August 3, 1973. The actor’s zodiac sign is Leo and he is 49 years old as of 2022. Moreover, the actor’s father was half Jamaican and half Swedish. However, the actor’s parents divorced soon after, and grew up with his mother. The actor’s mother is a social worker and his stepfather is a mechanic who worked as a pediatric nurse later. Moreover, the actor also maintained a good relationship with his biological father. Additionally, the actor holds English nationality and belongs to a multiracial ethnic background. At the age of eight, Stephen was encouraged to pursue an acting career by local actor Andrew Schofield who saw him perform in a school production of Treasure Island. Later, the actor introduced himself to Liverpool’s Everyman Theatre at the age of 14. After that, he trained at the Rose Bruford College of Theatre & Performance in Sidcup, England. Additionally, he has also portrayed the role of Cockney, Welsh, Scouse, Geordie, and Scottish. He played the role of a gang member in 19th-century New York City, a 1930s Chicago bank robber, a Brooklyn mobster, a Texan.

Moreover, the actor also played the role of the short-fused English nationalist “Combo” in This Is England and a Jamaican gangster in Yardie. He was nominated for both an RTS Award and a British Independent Film Award for his work in The Street and This Is England. Later, he appeared in the music video in “I Remember” by Deadmau5 and Kaskade. Moreover, He also appears in Arctic Monkeys’ “Fluorescent Adolescent” and “When the Sun Goes Down”. Following that, he starred in Babybird’s “Unlovable,” directed by Johnny Depp, and Gazelle’s song “Finger on the Trigger”.

In addition, he appears in Macclesfield’s “Soul Vampire” music video and Travis’ “Turn” music video. He appeared in the BBC Christmas show Lapland in 2011. Later, BBC changed the show to Being Eileen and he again appeared with Dean Andrews. Furthermore, he also appeared on a promotional video for the game “Call of Duty’s Ghosts” for a DLC. He appeared as the guest for BBC Radio 4’s Desert Island Discs in November 2019. Recently, he appeared in the ITV series White House Farm as Welsh detective Jones in January 2020.

During his career as an actor, Stephen won two RTS Television Awards for The Virtues and Little Boy Blue in 2020 and 2018 respectively. In 2010, he won Golden FIPA at the Biarritz International Festival of Audiovisual Programming. He also won Broadcasting Press Guild Award for A Christmas Carol, Line of Duty, and The Virtues in 2020. Moreover, he also won COFCA Award in 2012, the Judges Award in 2018, Screen Actors Guild Awards in 2012 and 2011, and January Awards in 2018. Besides that, the British actor has also been nominated for several awards throughout his career.

Stephen Graham has garnered a huge amount of money from acting in several films, television shows, theatre, music videos, and video games. According to online sources, the estimated net worth of the British actor is around $5 million US dollars.

Stephen Graham started dating actress Hannah Walters while training at the Rose Bruford College of Theatre & Performance where they met for the first time. Later, the actor and the actress married each other on June 6, 2008. Moreover, they have a son named Alfie and a daughter named Grace and lived in Ibstock, Leicestershire. Stephen Graham has light brown hair and brown eyes with a height of 5 feet 5 inches and a weight of 64 Kg. However, there is no further information about the British actor’s other body measurements.