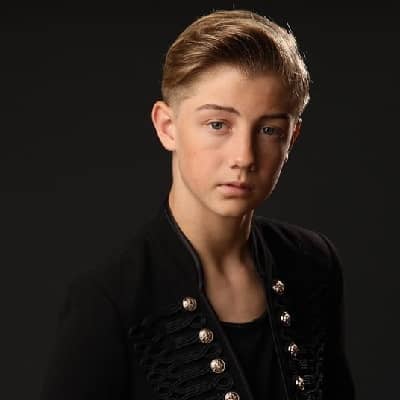 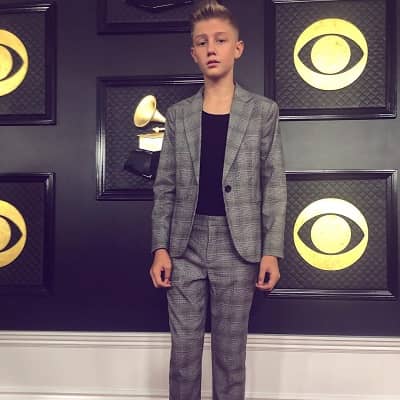 Stefan Benz is a South African singer-songwriter who initially gained fame as a cover artist but now makes his music. Stefan Benz is famous for his singles like Cool 4 Me and Say What’s in Your Eyes. He has gained over 5 million views on his YouTube channel and is always seen at major events, such as the VMAs and the Grammy Awards.

The young artist was born on September 26, 2006, in South Africa. Stefan Benz’s age is 15 years and his sun sign is Libra. Moreover, he belongs to the South Germanic ethnicity. Not much is known about his family and personal life, except that he has a younger sister. It means he happens to be the eldest child of his parents. Details on his academics are behind the curtains. Probably, he is attending middle school. Furthermore, he decided to move to the U.S. only to boost his music career. He plans to sing in his native language, Afrikaans, someday, as he was inspired by the Portuguese version of In My Blood sung by Shawn Mendes, whose native language is Portuguese. 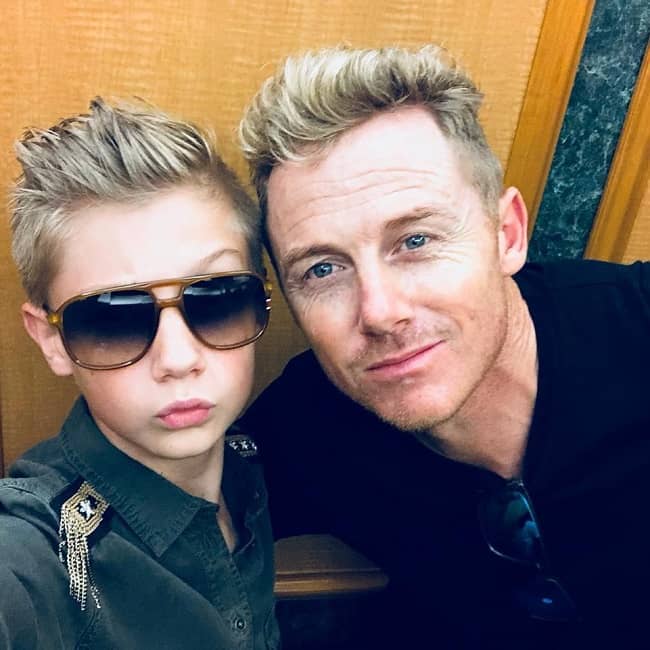 In 2018, at the tender age of 11, he participated in a competition named World Championships of Performing Arts in Long Beach. Renowned music producer Manny Mijares was a judge there. Manny filmed a video of his performance in the semi-final round of the contest and sent it to Charlie Walk, the former president of the label Republic Records. Since then, he has not looked back when it comes to songwriting, recording, or performing. He is already quite a star in South Africa and has traveled across continents to perform.

Moving on, he had already been posting piano cover versions of songs by his favorite artists on Instagram since 2017. He has sung covers of songs by popular singers such as Charlie Puth, Ed Sheeran, Dua Lipa, Justin Bieber, Queen (Bohemian Rhapsody), and Wham! (Last Christmas). He collaborated with JC Chasez for a cover of the NSYNC track This I Promise You. His most-watched YouTube cover was that of the Richard Marx song Right Here Waiting. The cover, posted on the YouTube channel on October 23, 2018, received 1.6 million views and 43 thousand likes.

Another YouTube cover by him, Justin Bieber & J Balvin – La Bomba (Stefan Benz x Gavin Magnus Cover), which was posted on his channel on July 31, 2020, has received 464 thousand views. He has also released a few original tracks. His debut single, Cool 4 Me, was released on YouTube on August 23, 2019, and has received over 523 thousand views. The song became a number 1 hit in South Africa and made him the youngest artist to achieve the feat in the history of the country. His official video for his track Gets Over You was released on his YouTube channel on September 26, 2019. It was shot in New York when he had gone there to attend the VMA and to perform at a U.S. Open event for Arthur Ashe Kids Day.

His latest original single, Say What’s in Your Eyes, was released on YouTube on April 3, 2020. Two other original singles by him are Prove ‘Em Wrong and Christmas. His Instagram account, @stefanbenzofficial, has gained over 117 thousand followers to date. Also,  his self-titled YouTube account, Stefan Benz, launched on September 4, 2018, has earned over 100 thousand subscribers and more than 5 million views. His TikTok account, stefan_benz, with a little more than 50 thousand followers, is relatively not too popular.

The talented artist is managed by CAA (or Creative Artists Agency), a talent agency based in Los Angeles, California, and Hit Music Partners, a New York-based talent agency. Moreover, his brand of hoodies, masks, T-shirts and various accessories are available on his website, stefanbenzonline.com. His eight-song performance at the U.S. Open Arthur Ashe Kids Day consisted of three original tracks and covers of hits such as Bohemian Rhapsody by Queen and Sucker by the Jonas Brothers.

Benz is quite ambitious and plans to release an original song every month until he has made enough music to be released as an EP. He then plans to tour across the world. In addition, he dreams of appearing on the talk shows of Jimmy Fallon and Ellen DeGeneres someday. Benz has met Shawn Mendes on the VMA red carpet, partied with Sabrina Carpenter, and worked with Britney Spears’s former boyfriend, producer J.R. Rotem, He has also been spotted on the red carpet of the Grammys. In addition, he is also popular for his suave dress sense at various events. 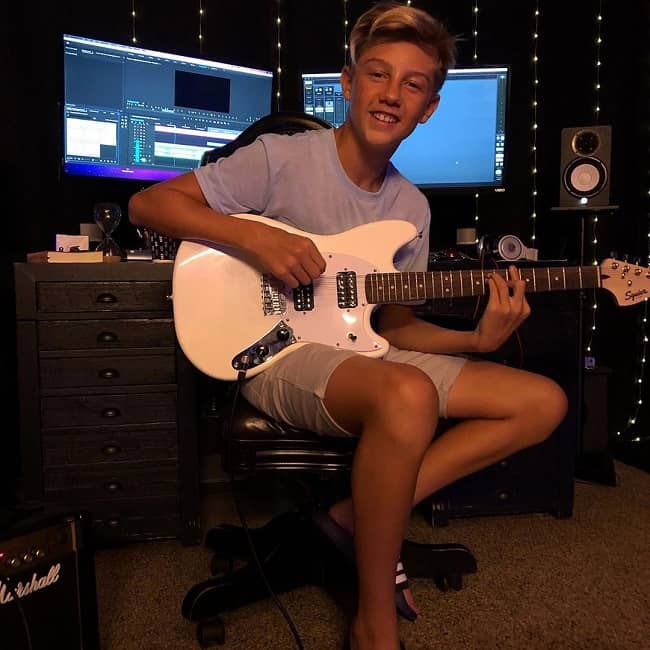 Stefan Benz once revealed that his song Cool 4 Me was about a middle-school girl who was out of his league. He had a huge crush on the girl in seventh grade but did not reveal her name. On April 24, 2020, social-media star Sarah Dorothy Little featured him in her video titled My First Date **ROMANTIC** | Sarah Dorothy Little ft. Stefan Benz and Gavin Magnus. The video showcased her interaction with him, her crush, over a Zoom call, as they could not meet due to the COVID-19 pandemic. However, nothing concrete is out about the relationships.

Stefan Benz has blue eyes with auburn hair. He has a decent height and average weight. Talking about his appearance, he has a charming persona with an oval-shaped facial structure. No doubt why he has so many girl fans. Further details about his body measurement, dress sizes, and shoe sizes are not available at the moment.

Coming to social media, he is quite active on social media platforms. He uses Instagram and Facebook. On Instagram, he has 137K followers and on his Facebook page, there are more than 61K followers. Benz even has his own YouTube channel, where he has 110K subscribers. His social media accounts are full of his career-related posts. He keeps on updating his social media and loves his fans and followers.