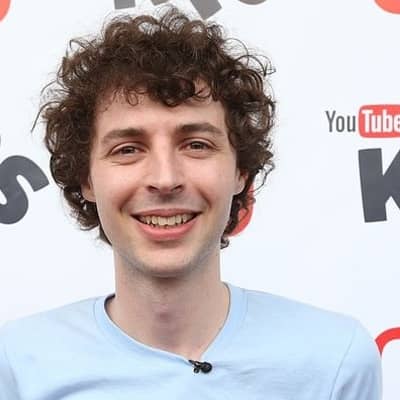 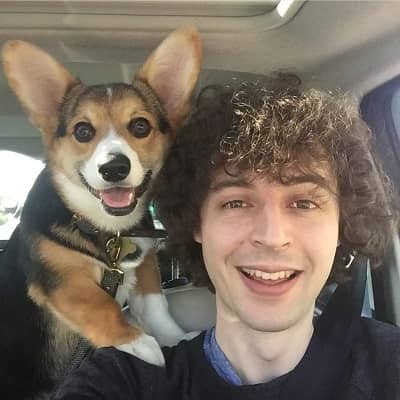 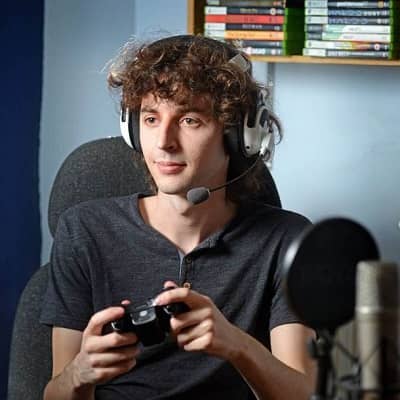 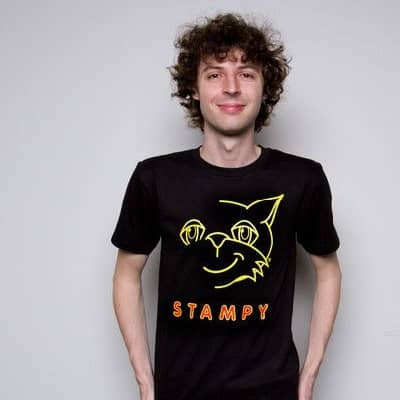 Stampy is a prominent British personality with multiple talents. Stampy is a popular Youtube star, actor, voice actor, online gamer, as well as an author.

Stampy was born on December 13, 1990, and his age is currently 31 years old. He hails from Portsmouth, Hampshire, England, and his zodiac sign is Sagittarius. Regarding his educational journey, Stampy studied video production at university. He initially intended to be a games journalist.

Stampy grew up with his two older sisters. As a child, Stampy developed a passion for video games. His favorite academic subject was science. Talking about his school experience, Stapmpy said:

“I was usually one of the quieter kids in lessons, but I still liked to joke around!”

Stampy’s hobbies were reading, practicing Magic, and Pokémon. He discovered his passion for making videos while in high school. Stampy’s first videos mainly consisted of him and his friends filming each other performing silly stunts. He eventually began to independently create videos of short fictional stories. He created these videos mostly through claymation, and his channel name is a reference to a character who appeared in these shorts.

While in university, Stampy also co-hosted a student radio show. Talking about this experience, Stampy said:

“I was pretty awful, but it helped my ability to speak unscripted.”

Professionally, Stampy is a YouTuber, actor, voice actor, and author. He initially gained fame on YouTube as stampylonghead or stampylongnose. He is also an online gamer popular for posting videos about the sandbox video game Minecraft as his internet alias “Stampy Cat”.

In the year 2014, Stampy’s channel was one of the ten most-watched YouTube channels in the world. Similarly, he has also been featured on several television programs with CBBC and Disney. The same year, Stampy and Maker Studios announced a partnership to launch an educational YouTube channel.

Initially, Stampy created his first channel “Stampylongnose” when Let’s Plays were first becoming popular. He then left his job at a pub to create videos full-time. Eventually, GamesThirst hired Stampy after he posted a review about a game called Homefront for them. The popular Youtube star also collaborated with fellow YouTube star Shay Carl Butler on the web series Wonder Quest. 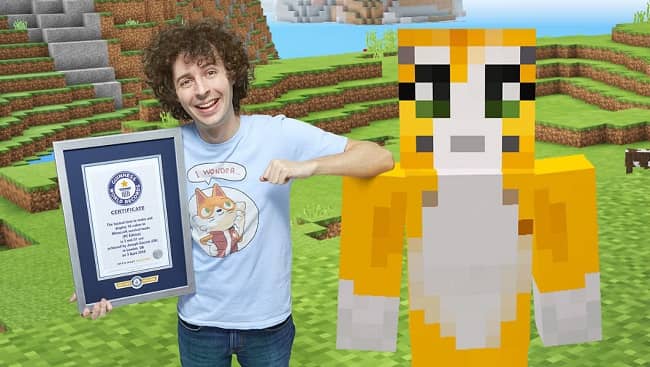 Stampy created his first YouTube channel on 3 August 2006 and it is called “stampylongnose”. Stampy’s channel consisted of live-action comedy skits that he made along with his friends. However, the Youtuber soon transitioned to the gaming genre after “Let’s Play” videos surged in popularity on YouTube.

Moreover, Stampy mainly played violent video games such as Homefront. However, he soon quit his channel and created a new one called “stampylonghead”. Stampy came to know about the game Minecraft in May 2012. He then started a Let’s Play series on this game.

This game series caused Stampy’s channel to rapidly grow. He quickly became a prominent member of the video-sharing site. When Stampy noticed that his primary audience was children aged between 6 to 14 years olds, Stampy reoriented his work to be family-friendly.

When the videos became popular, the Youtube star left his job as a barman to focus on producing the content full-time. His avatar was the character of Stampy Cat. It is an orange and white cat. It is depicted by a commercially-available Minecraft skin based on the character Fidget from the video game Dust: An Elysian Tail.

Stampy develops a story in his series in Minecraft, which is an otherwise non-story game. The star gives viewers ideas for activities to pursue with their friends. He describes the character as “a bigger, brighter, better version” of himself. 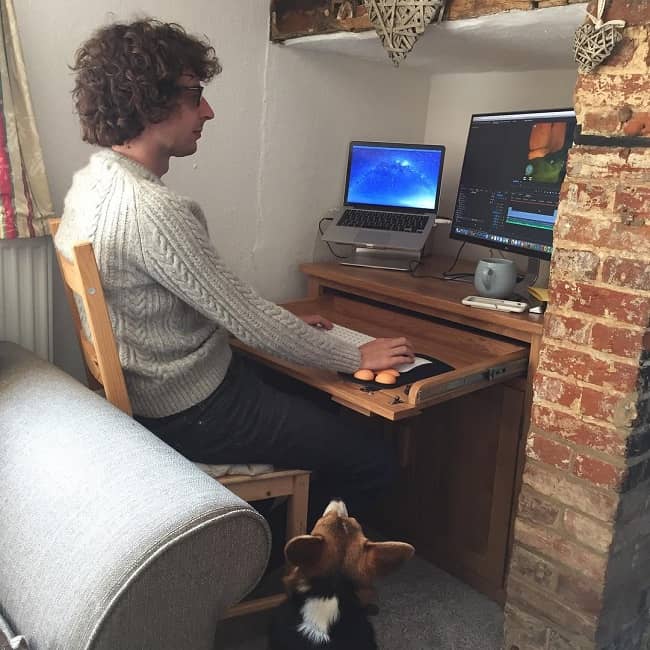 Moreover, Stampy receives correspondence from his viewers and thinks they see him as a friend, rather than “a presenter in a studio”. Other characters in the videos who he refers to as Garret’s “helpers” include @iBallisticSquid, the YouTube name of Garrett’s friend David Spencer, and Sqaishey Quack, a duck character played by Garrett’s wife Bethany Bates.

On 25 April 2015, the Youtube star launched a spin-off educational YouTube channel in collaboration with Maker Studios. The series called Wonder Quest is scripted, professionally produced, and designed. Further, it can also be used in classrooms. The Youtube star has also been attached to a Minecraft film.

In July the same year, he appeared on the series premiere of Gamer’s Guide to Pretty Much Everything. It is the Disney XD sitcom and Stampy portrayed the announcer Stampy Cat at the World Gaming Championships. He also featured as a panelist at MineCon held in London in July 2015.

Furthermore, Stampy has also signed a two-book deal with Egmont Publishing. They released Stampy’s Lovely Book on 22 October 2015. This book aims at ages 4 to 10 and it features games, activities, jokes, and facts about Stampy Cat and some of his Vlogger friends. Another book is called Stampy Cat: Stick with Stampy! and they released the book on 28 July 2016. It is a 32-page paperback and it also features sticker-based activities, games, jokes, and posters. 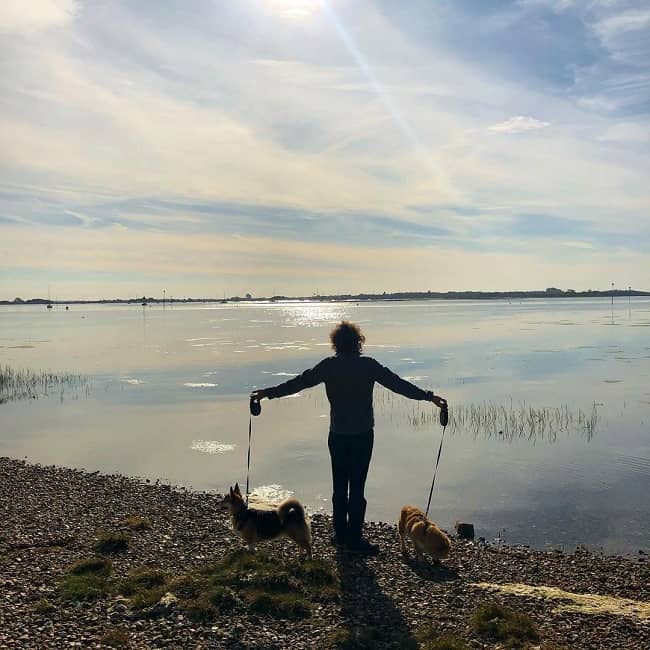 Caption: Stampy was captured with his pet dogs Alyx and Mei during a dog walk. Source: Instagram

Other Creators’ Thoughts on Stampy

Jordan Shapiro said that Stampy does a great job of bringing the positive aspects of Minecraft—the game’s educational potential—to the surface. Similarly, Caroline Knorr of Common Sense Media describes that the Youtube star’s presentation is best for younger fans and that “Stampy feels like a cross between Pee-Wee Herman and Mr. Rogers”.

Stampy is married to Bethany Bates aka Sqaishey. Bethany is also a Youtube star mostly popular on the web as Sqaishey or Sqaishey Quack. Bethany started creating Let’s Play videos for fun on YouTube in May of 2014 and eventually became a full-time YouTuber 3 months later. Stampy and Bethany had their engagement in the year 2018 and married to each other on 28 July 2019. The couple lives together with their cat, Ori, dogs Alyx and Mei, and their birds Aloy and Cortana. 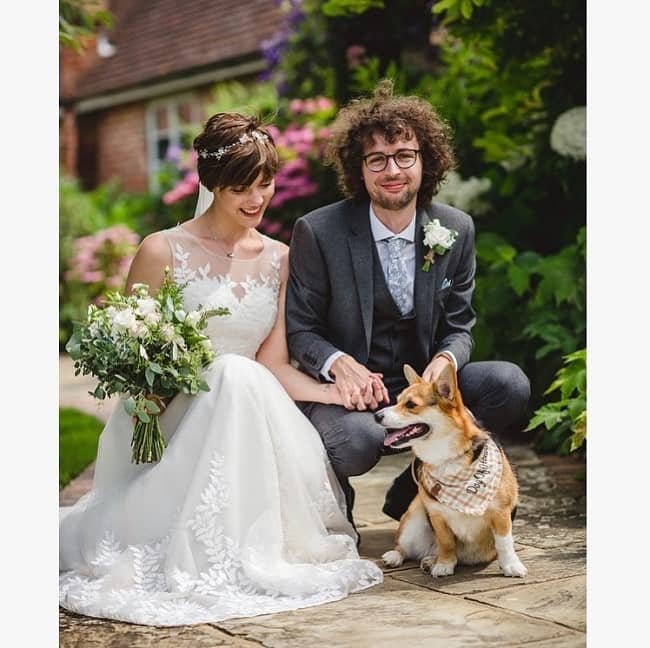 Caption: Stampy and Bethany Bates posing for a photo with their pet Alyx on their wedding. Source: Instagram

Stampy stands tall at an approximate height of 1.87 meters or 6 feet 1 inch and his weight is around 72 kgs. Other than this, there is no further information regarding his other body measurement details including his biceps, chest-waist-hip measures, dress size, shoe size, etc. Moreover, Stampy has brown eyes and curly hair of the same color.

Talking about his social media presence, Stampy joined Twitter in March 2010 and so far has over 686.2K followers on his @stampylongnose account. Likewise, he goes by @stampycatyt on Instagram. This account boasts 138 posts shares and over 816k followers while writing this biography.

He then created a personal account on Facebook on September 19, 2012. Since then, Stampy has had over 675.6k people following his journey on this platform. Moreover, Stampy created his “stampylonghead” Youtube channel on July 30, 2011, and so far has over 7.5 billion views as well as 9.75 million subscribers while writing this biography in December 2020. Moving on, Stampy has a net worth estimation of approximately $14 Million dollars.