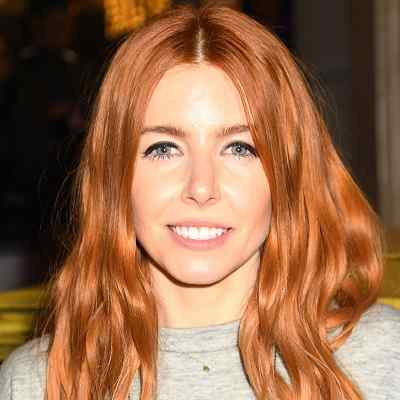 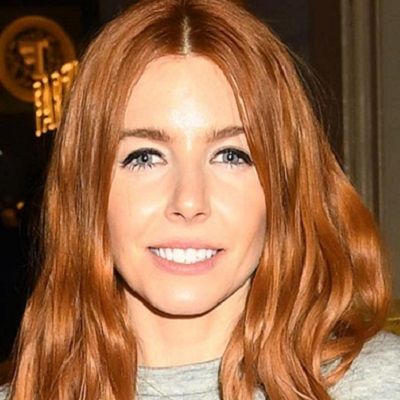 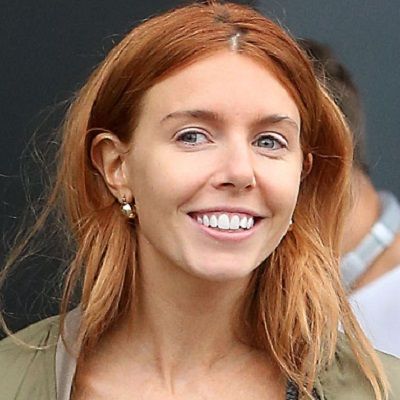 Stacey Dooley was born in Luton, Bedfordshire, England, on March 9, 1987. She was born by the full name, Stacey Jaclyn Dooley. As of 2020, she turns 34 years old and her birth sign is Pisces. Her mother’s name is Diane who left the family when she was just two and a half years old. She had a tense relationship with her father, who she met only occasionally on family celebrations or weddings. 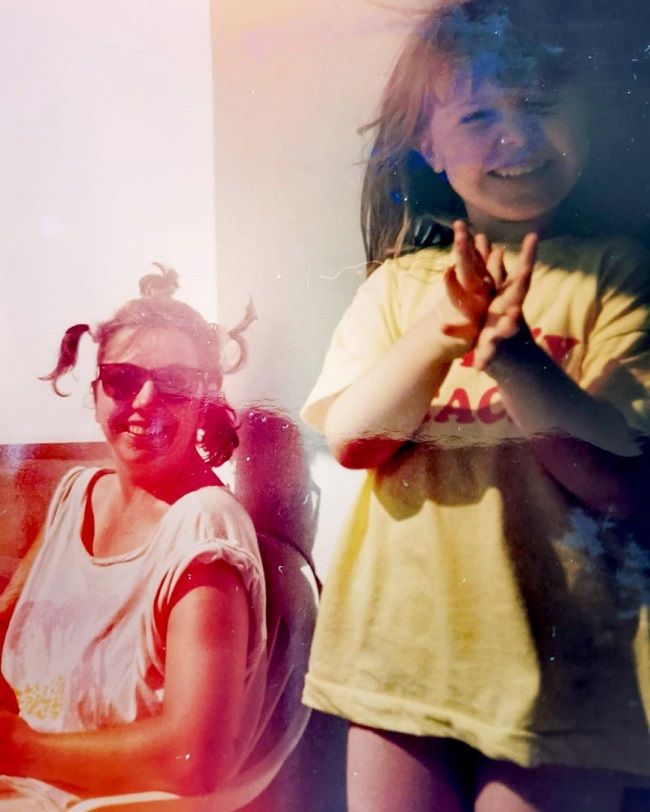 Further, her father was from Ireland and left the family when Stacey was two years old. He tried to reconnect with her when she was 13 but it did not work out well. According to reports, her father passed away when she was in her 20s and they never managed to reconcile their differences.

Further, she has a younger stepsister from her mother’s marriage to her partner, Norman. Stacey attended Stopsley High School but dropped out at age 15 to look for work. She has also worked at a salon in Bramingham and later at ‘Luton Airport’, selling perfumes and cosmetics.

Her biggest passion in life is making foreign documentaries. She looks up to ‘BBC’ correspondent, Orla Guerin, and calls her ‘queen’. She finds it hard to call herself a journalist because of her Orla Guerin reporting style.

She is known for her work on Justice, Madness Rocks Big Ben Live, and Stacey Dooley Investigates. In April 2008, Stacey Dooley made her television debut as a contributor to the ‘BBC Three’ documentary series ‘Blood, Sweat, and T-shirts.’ She started to raise awareness about the evils of child labor and also made an appearance for it on the ‘Newsnight’ television show.

And in 2009, a two-part special, ‘Kids for Sale’ and ‘Kids with Machetes’, of her self-titled documentary series show ‘Stacey Dooley Investigates’ was aired on ‘BBC Three’. She presented two more programs under the ‘Child Labour’ series of her eponymous show in 2010.

From 2013 to 2015, she continued with more insightful episodes like ‘Cocaine Capital of the World’, ‘Sex, Stags and Prague’, ‘Ecstasy Wars’, etc. on her eponymous investigative show. In 2015, she also presented the documentary series, ‘Beaten By My Boyfriend’ and was a panelist on the show ‘The Wright Stuff.’ 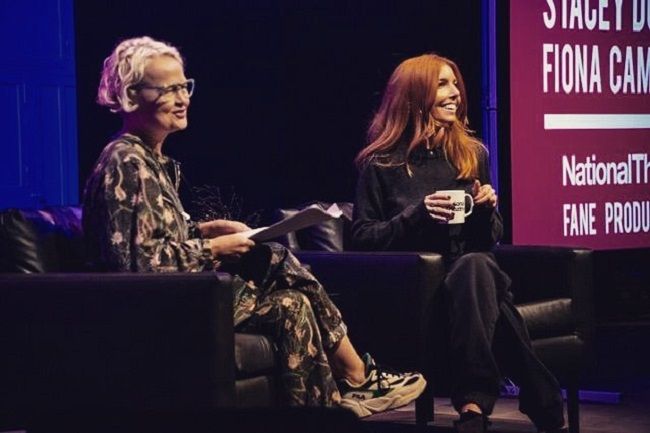 In 2016, she highlighted many social evils in ‘Sex in Strange Places’, ‘Migrant Kids in Crisis’, etc. on her eponymous show. She also presented short films about horrific real-life events ‘In Cologne: The Blame Game’ and ‘Stacey Dooley: Hate and Pride in Orlando’, and participated in the quiz show, ‘Celebrity Mastermind’. In 2017, she presented documentaries like ‘Kids Selling Drugs Online’, ‘The Billion Pound Party’; presented ‘Young Sex for Sale in Japan’, ‘Canada’s Lost Girls’, etc.; and narrated ‘The Natives: This Is Our America’.

In 2018, she continued presenting documentaries like ‘Russia’s War on Women’, ‘Face to Face with ISIS’, etc. as part of her eponymous investigative show. She won the 16th season of ‘Strictly Come Dancing’ and presented many episodes of ‘The One Show’.

In 2019, Grazia magazine named her the ‘Contributing editor for Investigations’; presented ‘Stacey Meets the IS Brides’ episode of ‘BBC’s’ ‘Panorama’ and several episodes of her eponymous show; hosted a new series ‘Stacey Dooley Sleeps Over’ and the first season of ‘Glow Up: Britain’s Next Make-Up Star’.

Dooley has steadily established herself as one of BBC’s most celebrated presenters through her hugely popular investigative series, covering a diverse range of topics from across the world; from arms dealers in the USA to Nigeria’s female suicide bombers, from Russia’s war on women to paramilitary attacks in Northern Ireland and how to tackle fast fashion.

In 2018, her first book, ‘Stacey Dooley, On the Front Line with the Women Who Fight Back’, was published, which became a ‘Sunday Times Bestseller’. In 2018, she was appointed a ‘Member of the Order of the British Empire’ (MBE) for her services to broadcasting. For her documentary ‘Face to Face with ISIS, she won the ‘Popular Features Award’ at ‘One World Media Awards’. She was the winner, together with professional dancing partner Kevin Clifton, of the 16th series of the BBC’s Strictly Come Dancing competition in 2018.

Talking about her love life, she was in a long-term relationship with her boyfriend, Sam Tucknott, when she entered ‘Strictly Come Dancing’. And Tucknott has blamed her dance partner on the show, Kevin Clifton, for their breakup. She is currently in a relationship with Kevin Clifton who is a professional dancer. They began dating since 2019.

She considers herself a feminist and has made documentaries regarding gender equality. 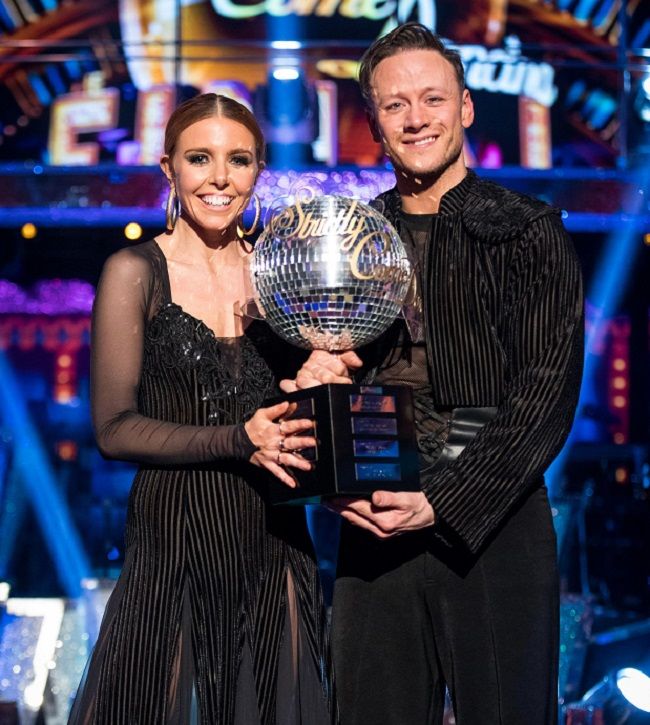 In 2016, she previously involved in a confrontation with some locals and the police in Tokyo during the filming of the documentary ‘Young Sex For Sale In Japan’. Further, she was severely criticized for the false portrayal of a Syrian prostitute by a Turkish woman in her hard-hitting series ‘Sex in Strange Places’ and for passing off a Muslim prayer gesture as an ‘ISIS salute’ in ‘Stacey Meets the IS Brides’ in 2019. The misrepresentation directed to the Turkey episode of the documentary being transferred from BBC iPlayer.

Moreover, she further criticized in February 2019 after she uploaded photos holding a Ugandan child on her Instagram account during a trip to Uganda organized by British charity Comic Relief. She got accused on social media of reinforcing white savior stereotypes. Comic Relief founder Richard Curtis told members of the British Parliament in June 2019, that the charity would stop granting celebrities abroad as a consequence of the controversy.

In August 2019, she was again criticized for calling a Muslim prayer gesture ‘an IS salute’ in a Panorama documentary on IS brides. A BBC spokesperson affirmed that this clip had been excluded from the documentary, while the teaser clip had been edited.

Stacey stands tall at a height of 5 feet 1 inch and weighs around 48 Kgs. Her other body measurements like shoe size, dress size, and chest-waist-hip is not available. Further, she has blonde hair a pair of gray eyes. She has a slim body physique. 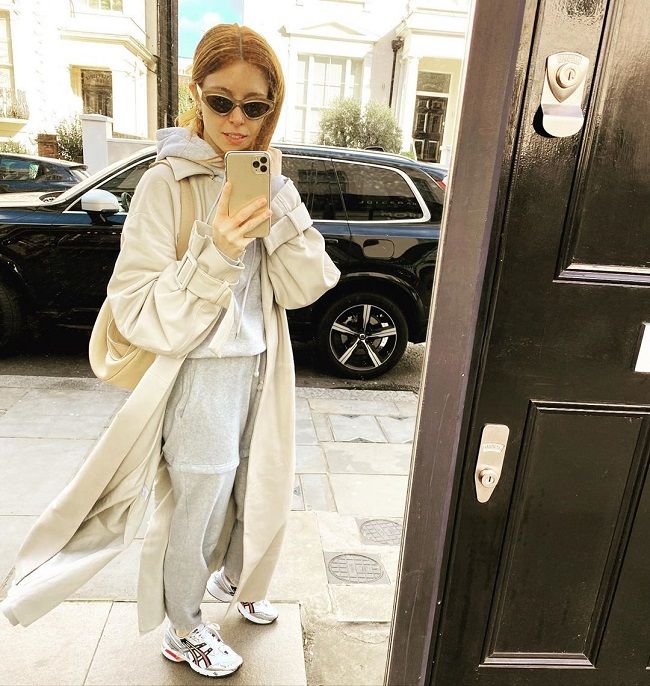 Stacey is socially active on different social media platforms. She has gained over 879K followers on her ‘@sjdooley’ Instagram account. She is also available on Twitter under the username ‘@StaceyDooley’ where she has earned more than 322.8K followers. Likewise, she is also available on Facebook with more than 24K followers. But, she doesn’t seem to be active on other social media like Snapchat and TikTok.

Without a doubt, she obviously earns a pocketful of money through her profession. She has an estimated net worth of around $1 million. Also, she earns around $48K per year as a salary.