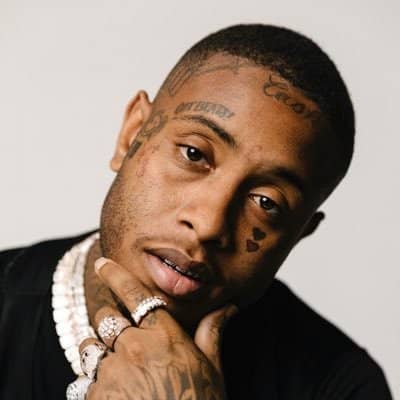 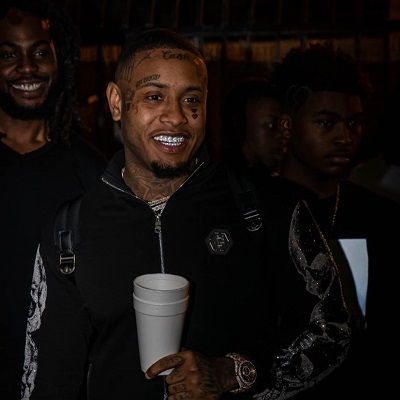 Southside is a prominent American record producer. Southside is also a rapper and songwriter who has several stage names like Young Sizzle, Southside on the Track, 808MafiaBoss, and Sizzle. He has worked with and for several world-famous artists like Drake, Kanye West, Jay-Z, Gucci Mane, and Waka Flocka Flame among many.

Southside was born on 2 February 1989 and he is 32 years old. His birth name is Joshua Howard Luellen and his hometown is Atlanta, Georgia, United States.

Moreover, he is also popular under different stage names like Sizzle, he on da Track, Young Sizzle, and 808MafiaBoss.

Likewise, he was born when his mother was only 18 years old. She was still in high school. Additionally, his father is a record producer named Masaba Tyson, He is also popular as PHAROAH 808 MAFIA.

He grew up in the Southside region of Atlanta and growing up, he was a well-known baseball player and excelled in numerous baseball positions.

However, he eventually gave up the sport after suffering a concussion when he was hit in the head with a ball. After that, he started making beats when he was 14 years old when he got his first computer with his uncle.

Moving on, his net worth estimation is approximately $4.5 million dollars. He earns through his involvement in the creation and production of music for several artists.

In addition, Southside uses the digital audio workstation, FL Studio along with custom-installed VST plugins to compose his beats.

His distinct signature trap sound is gritty, grimy, and thunderous hip-hop street sound which is similar to that of his collaborators, Lex Luger and his group 808 Mafia.

Despite such similarities, his sound is distinctly more gangster, bombastic, gritty, rambunctious, and menacing compared to that of his collaborators.

Just like many other producers, he also uses a musical signature tag on many of the songs he produces. the main tag is a pitched-up voice saying his name.

Professionally, Southside is an American record producer, songwriter as well as a rapper.

He gained recognition in the hip-hop industry by producing songs for many world-famous artists across the American hip-hop sphere.

Additionally, he and Lex Luger established their production and songwriting team 808 Mafia. Lex and Southside are fellow 1017 label-mates. They established the 808 Mafia team in the year 2010.

At present, he is at the helm of the 808 Mafia team. his stage name came from the place where he grew up, i.e. Southside, Atlanta.

When he was around his mid-teenage, he decided to start taking music production as a serious career path. The then-unknown rapper Waka Flocka Flame discovered Southside when he was 17.

Hence, through Waka’s network, Gucci Mane eventually signed him to his label 1017 Brick Squad Records. There, he met Lex Luger, who was another producer for Waka Flocka.

In 2011, he also co-produced the track Illest Motherfucker Alive, from Kanye West and Jay-Z’s critically acclaimed album Watch the Throne.

This helped him boost his career and also brought him into the mainstream hip-hop scene. He has since then worked with world-famous artists like Rick Ross, B.o.B, Wale, Meek Mill, Lil Scrappy, MGK among many others. 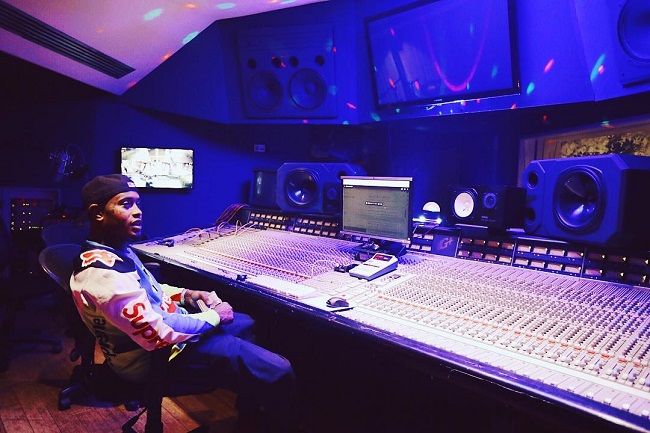 Caption: Southside photographed in his work-space in 2019. Source: Instagram

Moreover, in January 2013, he produced Millions. It is the lead single from Pusha T’s mixtape Wrath of Caine. They released the music video for this song on February 10 the same year.

This particular song sparked controversy when producer Rico Beats was asked to modify the instrumental for the final version of the song.

He wasn’t notified of the changes and this led to the two producers exchanging threats over Twitter. In Wrath of Caine‘s official tracklist, Kanye West is credited as co-producer, instead of Rico Beats.

The same year, he and TM88 produced the song Tapout by Birdman for his album Rich Gang: Flashy Lifestyle. This song peaked at #44 on the Billboard Hot 100 and has been certified Gold By The RIAA.

Throughout the early 2010s, several mixtapes featured his productions. Along with 808 Mafia’s TM88, the single titled Danny Glover also became a breakout in early 2014.

He produced the breakout single for Gucci Mane’s protégé/follower Young Thug. By late 2014, his production continues to catapult into Atlanta’s hip-hop mainstream.

Future’s mixtape Monster went on to become one of the most well-acclaimed rap releases during that year as he handled a quarter of the mixtape’s entire production.

This well-received project has seen more than a million combined streams and downloads via the online mixtape site DatPiff.

Monster standout Commas was released as an official commercial single in March 2015 and spent 20 weeks on the Billboard Hot 100 chart, peaking at #55 simultaneously earning an RIAA gold certification.

Then in 2015, he continued to push his trap sound in the hip-hop industry ubiquitously. He did so, especially on various songs he produced and his 808 Mafia collective.

For this album, he made the entire project’s worth of beats in only one night. In addition, he also contributed to the production of three tracks on the collaborative mixtape What a Time to Be Alive.

This mixtape is by Future and Canadian rapper Drake. Furthermore, in 2018, he produced the entirety of Chicago MC G Herbo‘s sophomore effort, Swervo. It debuted at number 15 on the Billboard 200. 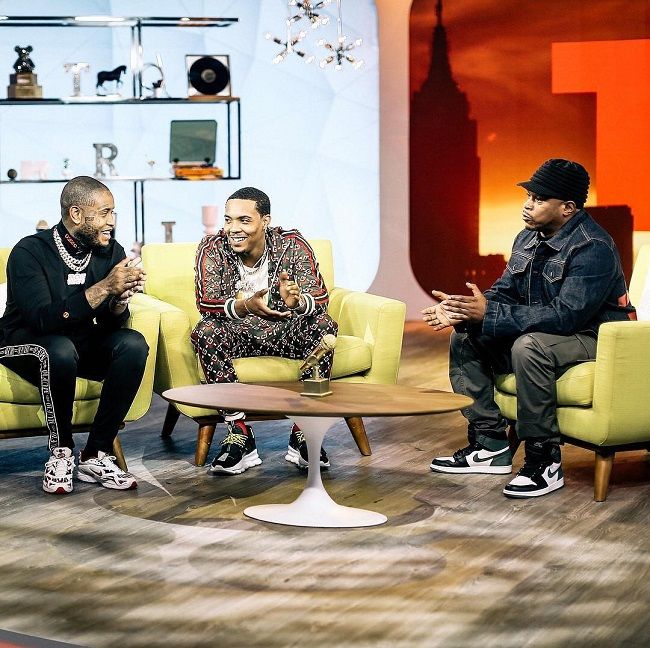 Talking about Southside’s social media presence, he has personal accounts on several platforms. He joined Twitter in August 2009 and so far has gained 223.6k followers.

Similarly, on his @808mafiaboss Instagram account, he has garnered 1.3 million followers and shared 564 posts as of August 2020.

He also has a Youtube channel. The self-titled channel has 69.9k subscribers and 5,296,716 views. He created the channel on December 1, 2011. We can also contact him at [email protected] for inquiries.

He cites Lil Jon as his favorite producer and enjoys the production work done by Pharrell, Shawty Redd, and Drumma Boy.

In addition, he also credits modern technology and the internet that helping him make a living off of his passion for hip-hop music.

He also credits them for helping him make his own production career possible.

Modern technology, he credits particularly the monetization of music through streaming sites like SoundCloud, YouTube, Spotify, and Apple Music

Inside the studio, Southside is recognized for his strong work ethic and strategic marketing acuity when producing beats for artists and getting the finalized track towards the mixtape circuit or for radio play.

Ever since the year 2013, he began focusing on his career as a producer from an entrepreneurial perspective by cultivating talent.

He did so while also learning the ins and outs of legality in the music production business.

He also started negotiating deals and making financial decisions on every track he is responsible for producing.

Southside is currently single. Previously, he was in a romantic relationship with rapper Yung Miami. The then-lovers welcomed their first child together on 17 October 2019 and they named her Summer Miami.

Yung Miami is a rapper who was an Instagram influencer who promoted her own fashion line prior to starting her career as a rapper. Her birth name is Caresha Romeka Brownlee and she was born on 11 February 1994.

Back in December 2018, he and Yung Miami broke up and the former lost his cool on Instagram live. Many fans clowned him for this.

The way he talked about his ex-girlfriend made many fans believe that he didn’t deserve the City Girls rapper and also suggested that he didn’t really love her.

Yung Miami has another child from her previous relationship and hence Summer is her second child. As for him, he has a total of six children including Summer.

His other children are sons Karmello, Legend, RJ, and daughters Karlye and Haylee. Among all, his first child is daughter Karlye who celebrates her birthday on 10 April.

She is also a cheerleader and he often refers to her as the future CEO of his company. 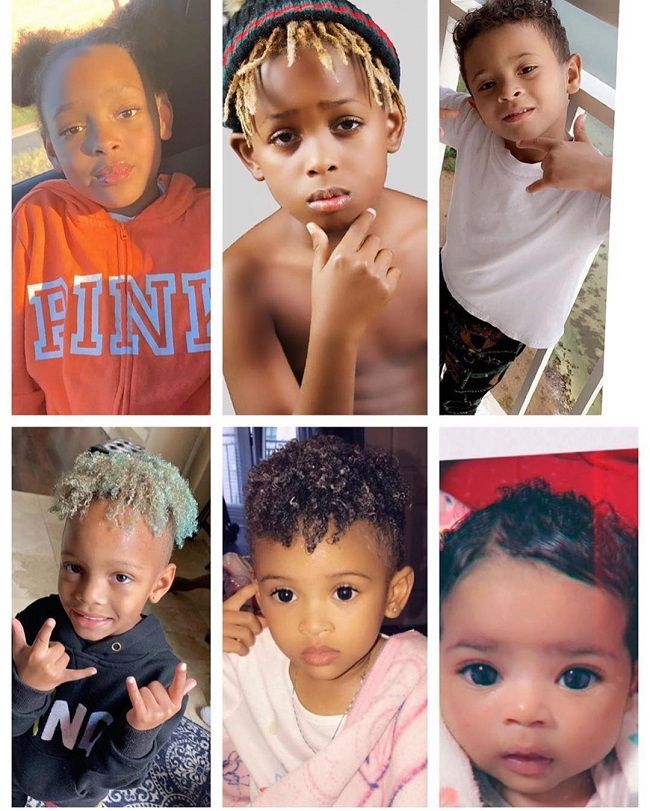 There is no detailed information regarding Southside’s body measurements. Nevertheless, his eye color and hair color both are black.

Similarly, he has several tattoos on various body parts such as his face, arms, chest, etc.