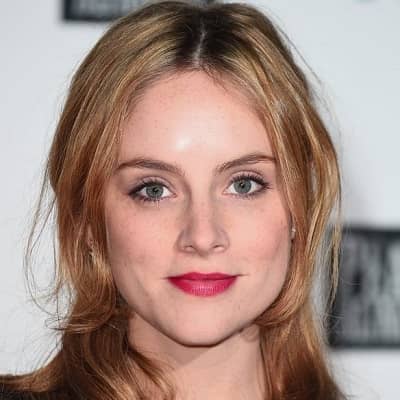 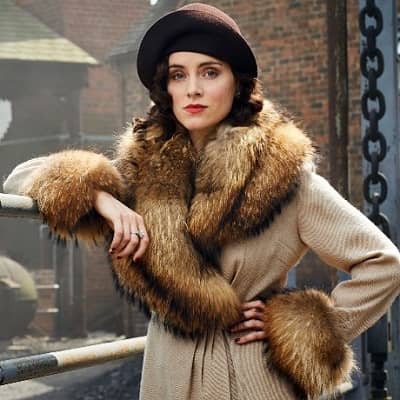 Sophie Rundle is an actress from England. Moreover, Sophie Rundle is known for her portraying Ada Shelby in the BBC One historical crime drama television series, “Peaky Blinders.”

Sophie Rundle was born on the 19th of April, 1988, in High Wycombe, Buckinghamshire, England. According to his birth date, he is 34 years old and holds an English nationality.

Moreover, he has a birth sign of Taurus and believes in Christianity by religion. In addition, he is the son of Michael Rundle (father) and Fiona Rundle (mother). She was raised alongside her two brothers named, James and Henry.

Regarding his academic career, she did her schooling at the Bournemouth School for Girls after which she attended the Royal Academy of Dramatic Art. Later, she graduated earning a Bachelor of Arts (BA) Degree in Acting in 2011.

Sophie Rundle became interested in acting as a child and chose to pursue it when she was 19 years old in 2007. In 2007, she made her film debut as a working actress in the British horror comedy “Small Town Folk.” Later, in 2012, she was then given the role of Roberta Maioni in the television miniseries historical drama “Titanic.”

She portrayed Clara in the movie “Great Expectations” that same year. From 2012 to 2014, she portrayed Lucy, the main character, in the ITV mystery drama series “The Bletchley Circle.” Her breakthrough came in 2013 when she played Ada Shelby in the historical crime thriller “Peaky Blinders” on BBC One.

She also portrayed Fiona Griffiths, the main character, in the two-part crime drama “Talking to the Dead” on Sky Living. In 2014, she played Kirsten McAskill in the six-part police procedural series “Happy Valley” on BBC One.

She appeared in Helen Edmundson’s BBC adaptation of J.B. Priestley’s “An Inspector Calls” in 2015 as Eva Smith/Daisy Renton. She played Honoria Barbary in the 20-part “Dickensian” series on BBC that same year.

Other credits and upcoming projects

Her other credits include “Episodes,” “Not Safe for Work,” “Jamestown,” “Urban Myths,” and “Elizabeth is Missing.” She played rich heiress Ann Walker in BBC One and HBO’s period drama “Gentleman Jack” in 2018. Moreover, she appeared as Emily alongside Martin Compston in the BBC One series “The Nest” in 2020.

She also played Jean Sullivan in the Netflix film “The Midnight Sky.” She will play Laura Simmonds, a British diplomat trying to defend British citizens who are entangled in a string of crises in Barcelona, in the upcoming Alibi political thriller The Diplomat.

As of now, this English actress has not earned any awards or recognition in her acting career. In 2021, she was nominated for the British Independent Film Award. Looking at her success, we may assume that, she might earn some of them as an actress in the following years. 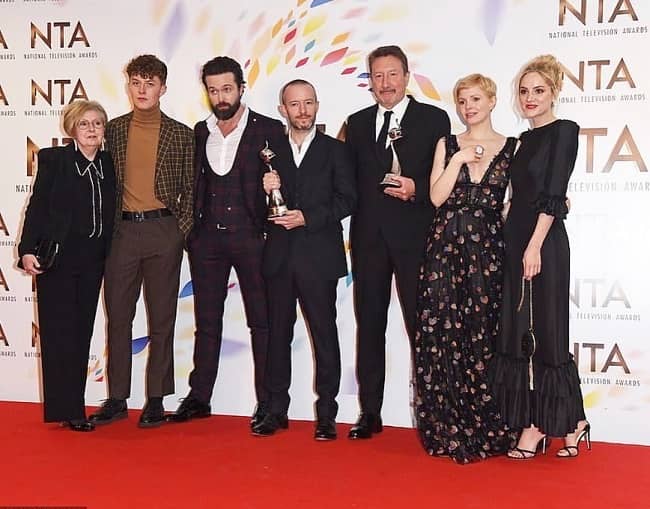 As an actress, she has earned a good sum of money. Her net worth, it’s estimated at around $2.5 million and she has not shared other information regarding her salary and income.

This English actress is engaged to her boyfriend, Matt Stokoe. Moreover, Matt is a British actor who is well known for his role as Alex in the Channel 4 series, “Misfits” and also as Luke Aikens in the thriller “Bodyguard”. 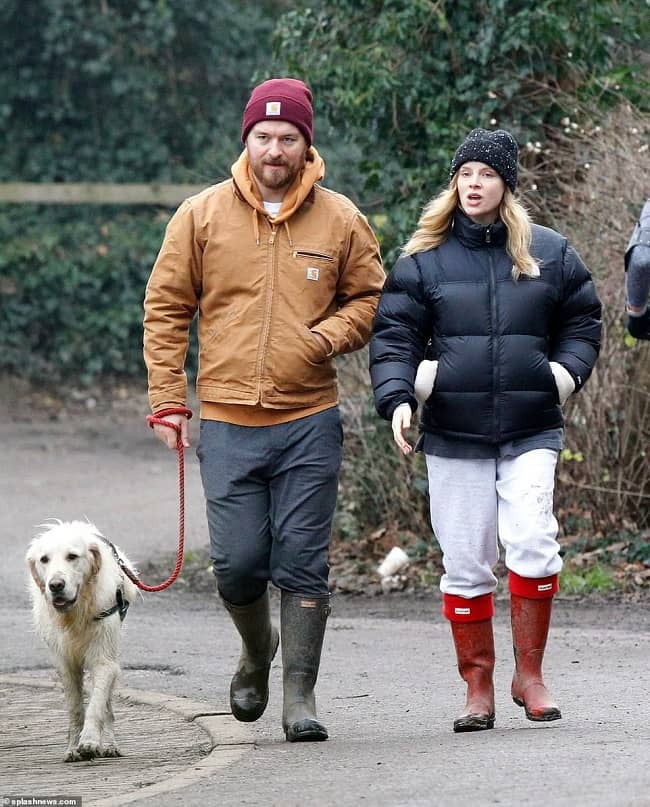 Caption: Sophie Rundle with his boyfriend and their pet rooming around the street (Source: Instagram)

In 2017, the pair first met while they were on the set of “Jamestown.” Since then, they have been together for over 4 years and even are engaged. During the weekend of April 4, 2021, they had their first child, whom Sophie announced she was expecting on February 16, 2021. The pair announced the birth of their child on social media on April 11, 2021.

Sophie stands 5 feet 4 inches tall and weighs around 54 kg. Moreover, she has brown hair with blue eyes color and has a body measurement of around 34-25-35 inches. She wears a bra size 34 B and a dress size of 6 US.