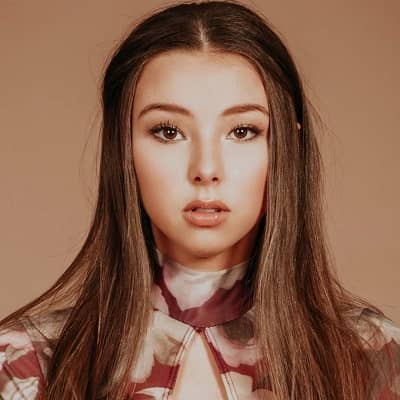 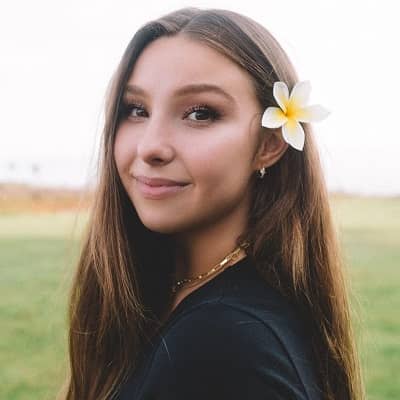 Sophia Lucia is an American famous dancer, actress as well as singer. Sophia Lucia gained fame as a reality TV fan for her role in the Lifetime series Dance Moms.

Sophia Lucia is 18 years old. She was born September 7, 2002, in San Diego, California, under the astrological sign os Virgo. Her father’s name is Mike Lucia and her mother’s name is Jackie Lucia. She belongs to the American nationality and Caucasian ethnicity background. Currently, she lives in Los Angeles, California, United States.

Likewise, she also has a brother named Vin “Vinny” Lucia. She is currently a high school student and is homeschooled. Since a very young age, she started dancing. Her cousin Kristen Hibbs run a dancing academy “San Deigo Centre” who introduced her to the dance. 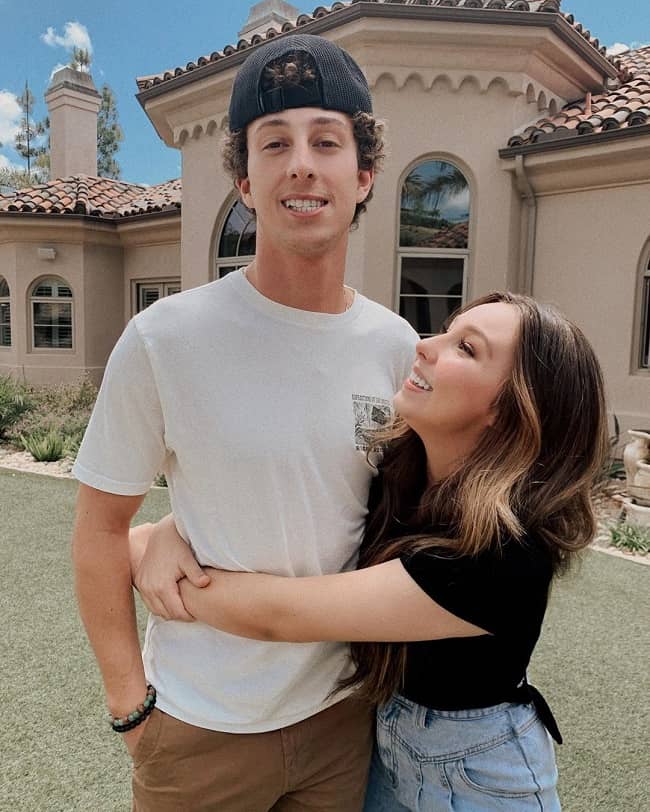 Caption: Sophia Lucia posing for a photo with her brother (Source: Instagram)

The 17-year-old Dance Prodigy, Guinness World Record Holder Sophia Lucia is an American YouTube Sensation and Entrepreneur. She loves to dance and strives each day to be the best she can be by pushing her ability to the limit. Her ability to influence an audience with her artistry is one of a kind. Her performances have propelled her to the internet stardom and taken her across the world to do what she loves most, dance. At the young age of 2, she started dancing at San Diego Dance Centre in Poway, CA. Currently, she is flourishing to be one of the most exciting and top talents in the industry.

Likewise, she trains 35 to 40 hours a week in Jazz, Contemporary, Tap, and Ballet. Her focus and determination are leading her to excel in several ways as in setting the New Official Guinness World Record of 55 Consecutive Pirouettes, spokes model & design her new line for California Kisses Dance Wear and many National Champion Dance Titles.

She has been also featured in several television shows such as ‘Dancing with the Stars,’  ‘X-Factor’ and ‘America’s Got Talent,’ plus several talks shows like ‘The Ellen Show,’ ‘So You Think You Can Dance,’ Disney’s hit show ‘Shake He t Up, ‘Dance Moms,’ ‘The Ricki Lake Show, to name a few.

Talking about her acting career, she made her film debut in 2010 as a child star icon, Shirley Temple in the Fox Legacy Movie “The Shirley Temple Story.” She cast as a Sadie on the drama show “A Nutcracker Christmas” in 2016. She has even worked as a model for California’s Kisses and Capezio.

Apart from that, she has also set her image as a social media sensation. On Instagram with the username @_sophialucia, she has collected more than  1.4m followers and has posted 439 posts. She is also active on the platform TikTok where she has gained more than 133K followers, with almost 2 million likes for an eye-catching performance.

Moreover, she is also has a self-titled YouTube channel created on February 8, 2012. Today, her channel has garnered around 144K subscribers.

The absolutely talented dancer Sophia Lucia has achieved lots of medals for her performance. Likewise, she is also a gold medalist and holds a medal in the Varna International Ballet Competition, held in Varna, Bulgaria. In 2013, she sets a Guinness world record with 55 consecutive pirouettes wearing the legendary Capezio K360.

As of 2020, her estimated net worth is approx $600 – $800 USD. Likewise, her primary source of income is from her dancing and reality shows. She even makes a decent amount of money from her sponsors and advertisers. 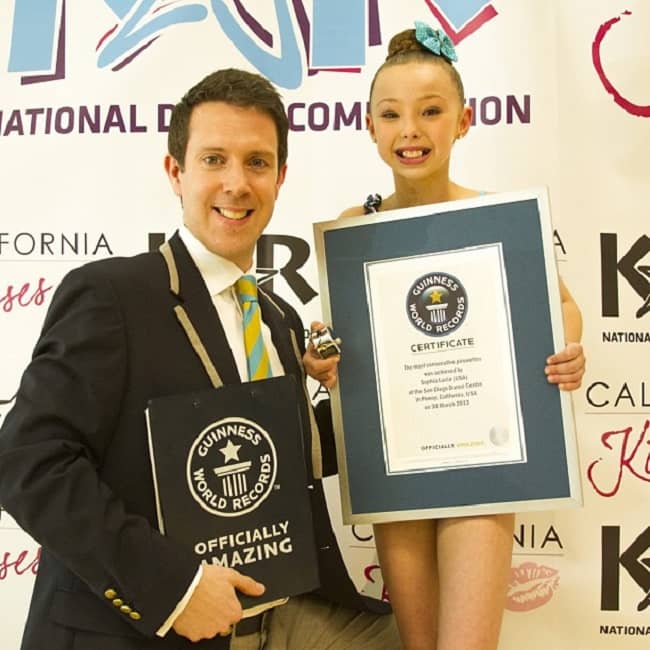 Reflecting on Sophia Lucia’s relationship status, she is most probably single and enjoying her single life to the fullest. She is very focused on her career and is an adorable child to her parents. In the current moments, her career is the number one priority. She has left no hints regarding her love life. However, there are lots of admirers who love her.

Likewise, she will be surely dating the one in the upcoming future. As of now, she is single. Moreover, she has also not let any kind of negative rumors and controversy surrounded her.

She poses a curvaceous, seductive, and hot figure. She is a fitness freak as well and her diet routine is so tight. Similarly, she eats a protein shake, green tea. She has shiny and glowing skin. 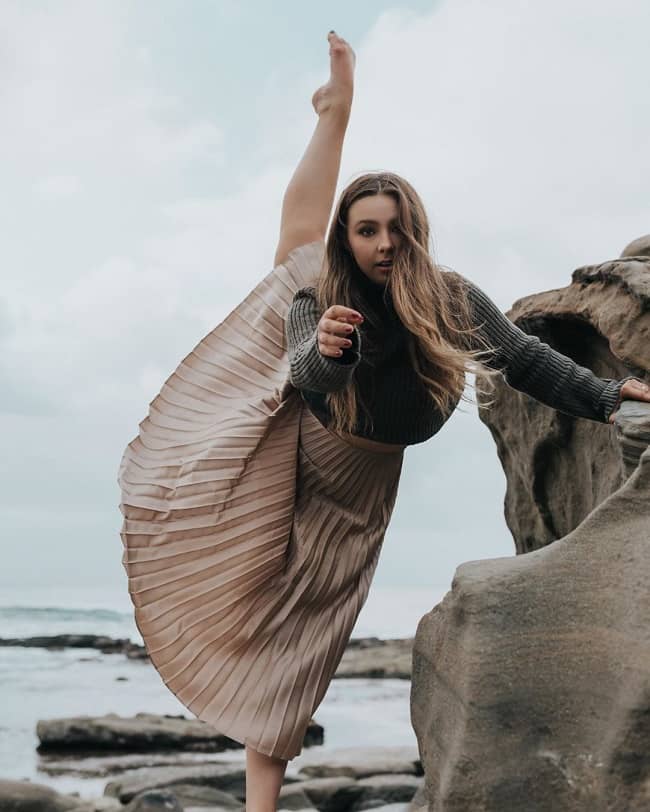 She has 124.5K Followers on the Twitter account joined in March 2011. Her Snapchat username is @sophialucia55. Similarly, her YouTube channel has garnered more than 144K subscribers.