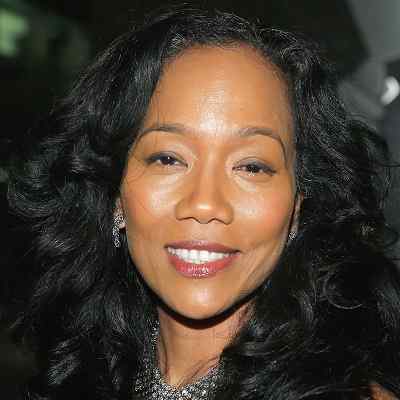 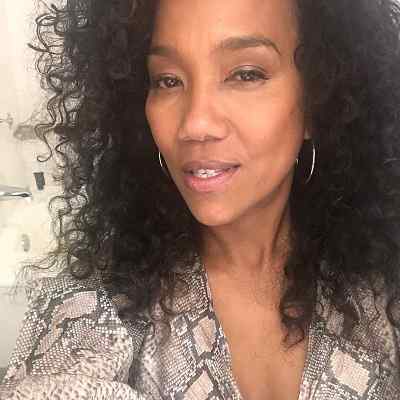 Sonja Sohn is an American actress best notable for her roles in the television shows such as The Originals, Burn Notice, Body of Proof, and The Wire. Sonja Sohn is also popular for her work in the films The Killing Zone and Step Up 2: The Streets. Likewise, her role on “The Wire” led to her work as the leader of a Baltimore community initiative called ‘ReWired for Change’.

The name of her parents is not available at the moment. However, the ethnicity of her mother is Korean-American and her father is African-American. She is the only child of her parents. Likewise, talking about her parents, they met each other when her father was stationed in South Korea after the Korean War. And since that time they were together and in love.

Regarding her educational background and qualification, she studied at Warwick High School. Likewise, later, she graduated from Brooklyn College where she studied English. Moreover, she was a good student in her educational institutions. Furthermore, she was a cheerleader and was also voted the “most popular” and “most school-spirited” person.  As she was studying English at Brooklyn College, it led to her writing poetry. 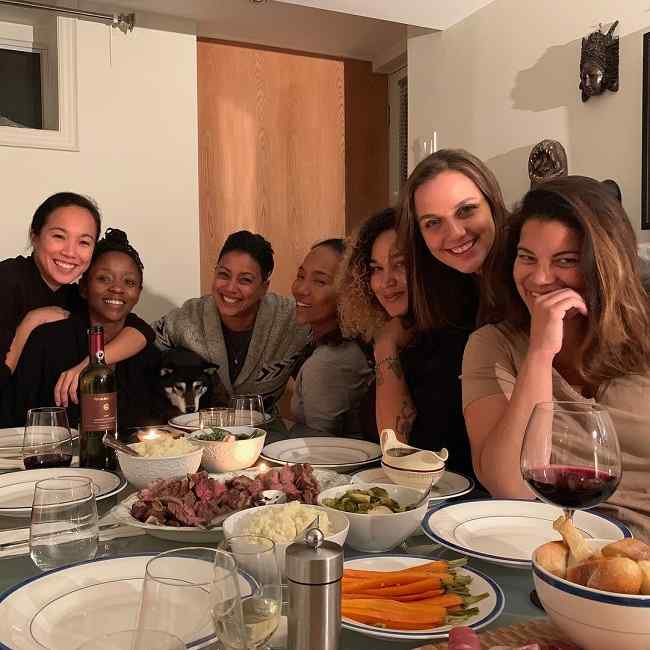 Caption: Sonja Sohn having dinner with her friends (Source: Instagram)

Sonja Sohn started her career as a slam poet. And, while performing her poetry in a theatre, director Marc Levin who saw her and gave her a role in his 1998 film “Slam”. And like this, her career in acting began. Likewise, she also co-wrote the movie. And she definitely went on to earn appreciation for her performance. Moreover, she played the role of Kanita in Martin Scorsese’s drama film “Bringing Out the Dead” alongside Nicolas Cage, John Goodman, and Patricia Arquette.

The new millennium saw the actress, she performing in the film “Shaft”. This action thriller film was able to garner generally favorable reviews and opened at the #1 position at the box office. Then after her appearance in the movie “Perfume” in the year 2001, Sohn joined the cast of “The Wire” as Detective Shakima ‘Kima’ Greggs. It was a crime drama and was premiered on HBO and ran for 56 episodes.

Further, in the year 2002, she starred in “G”, a drama film about a music mogul who strives to win back his estranged lover. And then in 2006 and 2007, Sohn starred in a recurring role in the police procedural series “Cold Case”. Likewise, in the year 2008, she did the dance film “Step Up 2: The Streets”. That same year, she also began playing Trish Evans in the sitcom “Brothers & Sisters”.

She was also cast as Sonya Rucker in the series “The Good Wife” in 2010 and as Samantha Baker in “Body of Proof”. It is a medical drama series that ran from the year 2011 to 2012 on channel ABC. And in 2012, she appeared in “Burn Notice” as Agent Olivia Riley.

Furthermore, from the year 2014 to 2015, Sohn played the role of Lenore/Esther in the series “The Originals”. During the shooting of “The Originals”, she also starred as Franny in “The Missing Girl”. It was a film that follows a comic book store owner who hires a graphic novel artist striving to get a big break in the world of comics.

Likewise, in the year 2016, she featured in the dramas “Luke Cage” and “Shut Eye”. Then, a year after that, Sohn directed the documentary “Baltimore Rising”. She then again starred in the sitcom “The Chi”. And in the year 2019, the talented actress starred in the web TV series “Star Trek: Discovery” as well as the sports drama flick “High Flying Bird”. 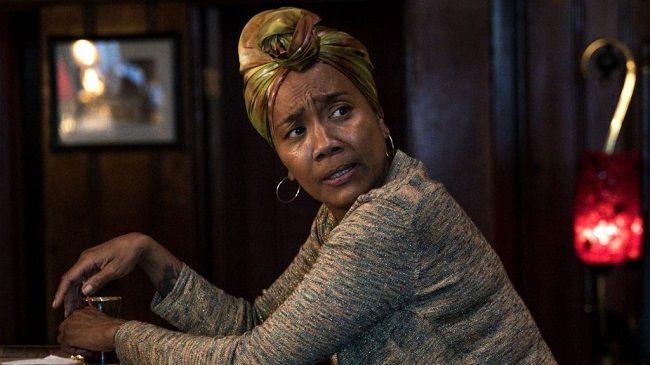 Caption: Sonja Sohn acting in one of her movies (Source: Google)

She is also into political activities. She campaigned in North Carolina in support of Barack Obama’s 2008 presidential bid. However, she even took a break from her acting career in the year 2009 to concentrate on social issues.

She is the founder and CEO of the Baltimore-based reWIRED for Change. It is an outreach program to communicate and ultimately rehabilitate at-risk youth involved in criminal activity. The University of Maryland School of Social Work runs this program. It also uses episodes of “The Wire” as a teaching tool, encouraging the participants to examine and query their lives and past actions.

Moreover, other actors and writers involved with “The Wire” serve as board members in this program. And in the year 2011, she was presented with the Woman of the Year award from the Harvard Black Men’s Forum. Furthermore, she has also won Grand Jury Prize in 1998.

Likewise, she was even cited for driving the car with an expired registration and a revoked license on Sunday midnight. However, she got released from jail on Monday with a bail amount of $1500. Then, she again began appearing on the court from July 23, 2019, on Tuesday about her arrest and all. 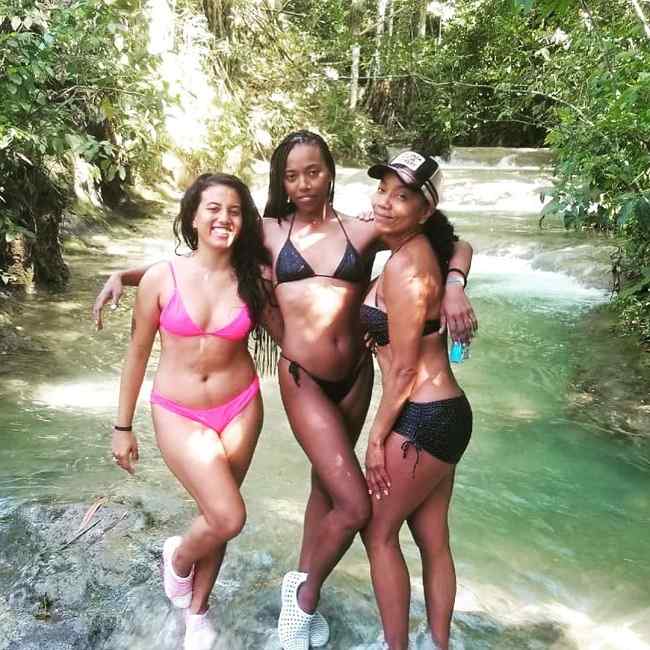 Caption: Sonja Sohn along with her two daughters (Source: Instagram)

She has a height of 5 feet 5 inches and her weight is 58 Kg. Likewise, her other body measurements such as chest size, waist size, and hip size are 34-25-35 inches respectively. She is a beautiful person and a great personality. Further, she has got black hair and brown eyes.

Talking about her income, she has a net worth of $1.5 million respectively. Her main income source is her acting career. However, she also earns through her political activities and her programs that she launches.