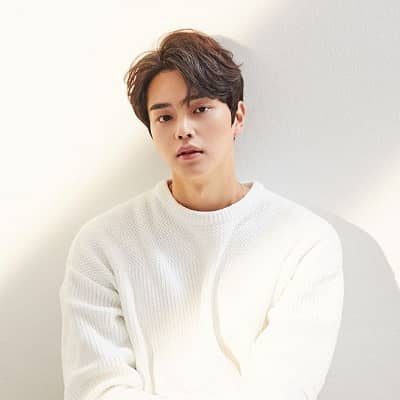 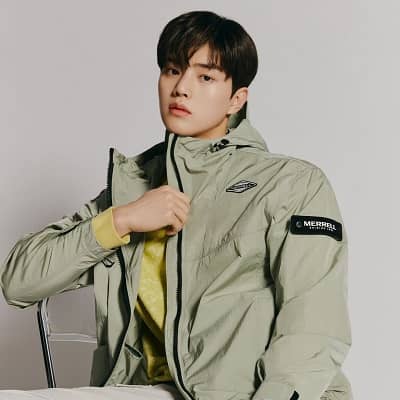 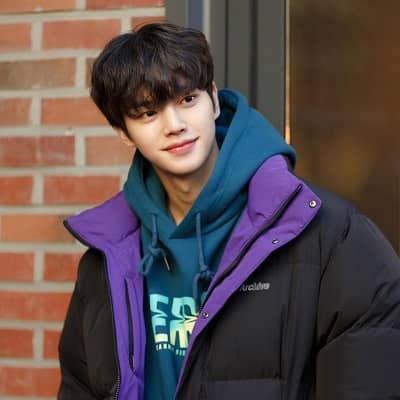 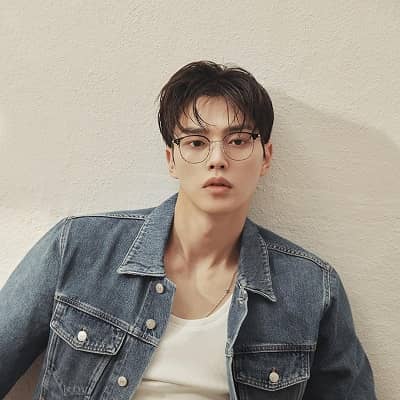 Song Kang is a young and prominent South Korean actor. Song Kang is a rising actor well-known for his roles in films and TV series like “Love Alarm”, “Beautiful Vampire”, “The Liar and His Lover”, “Touch Your Heart”, “Sweet Home”, and “Navillera” among others.

Song Kang was born on April 23, 1994, and he celebrates his 27th birthday in 2021. His hometown is Suwon, South Korea, and his zodiac sign is Taurus. His name is written in his native language as 송강 and is also spelled as Song Gang. He attended Konkuk University and majored in Film Arts. There is no information regarding his parents, siblings, and other family details.

Professionally, Song Kang is a young and prominent actor most recognized for his lead roles in TV dramas like Love Alarm and Sweet Home among others. The young actor made his acting debut in the year 2017 with the TV drama series The Liar and His Lover. He played the role of Baek Jin-woo in this tvN drama. The same year, Kang also acted in The Ade’s music video for the song Sweet Summer Night (달콤한 여름밤), as well as Suran’s song Love Story (러브스토리). Similarly, also in 2017, he was a cast member in Man in the Kitchen.

The young actor is singed under the management agency Namoo Actors. This agency organized a fan meeting on July 8, 2017, called “Introduction to Rookies”. This was especially for the new and rising actors Song Kang, Oh Seung-hoon, and Lee Yoo-jin.

Moreover, he was an MC for Inkigayo from February to October 2018. His co-host for the music program was Seventeen’s Mingyu and DIA’s Jung Chae Yeon. The actor then joined Village Survival, the Eight. He was a fixed cast member in this SBS variety show.

For these two projects, he received the nominations for the “Rookie Award”. It was at the SBS Entertainment Awards in the year 2018. Similarly, in July 2018, the actor made his big-screen debut with the film Beautiful Vampire. 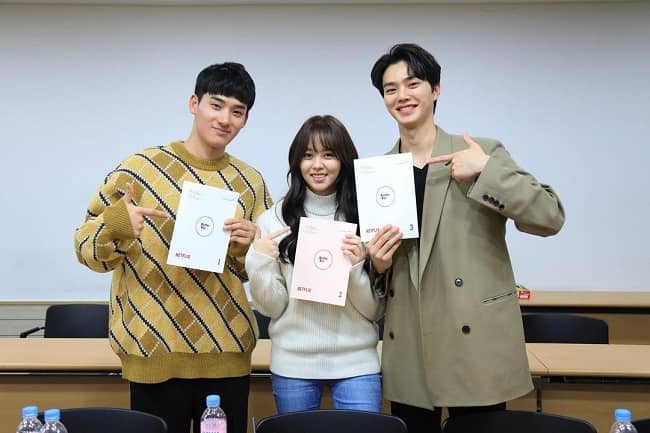 Caption: Song Kang posing for a photo with the co-stars of Love Alarm. Source: Instagram

Then in the year 2019, Song Kang made a cameo appearance as a deliveryman in Touch Your Heart and portrayed the role of Luka Aleksević in When the Devil Calls Your Name. The same year, he worked on another project, the Netflix series, Love Alarm. The actor portrayed the role of Hwang Sun-oh in this romantic series.

This series also stars popular actors including Kim So Hyun and Jung Ga-ram. Furthermore, he was selected as the lead actor through auditions out of 900 people. The same year, he appeared in Vibe’s music video for the song Call Me Back (이 번호로 전화해줘).

He gained wider fame in the year 2020. This was when he starred in Sweet Home. It is an apocalyptic horror series on Netflix. This series stars some well-known South Korean actors like Lee Jin Wook, Lee Si-young, Lee Do Hyun, and Kim Nam-hee.

Moreover, his role in this series is the character, Cha Hyun Su. Cha is a suicidal high school boy who tries to survive a “monsterization” apocalypse with a group of fellow apartment residents. For his role in this internationally recognized series, he was nominated for the “Best New Actor – Television” at the 57th Baeksang Arts Awards. This award ceremony is set to be organized on May 13, 2021, at Ilsanseo-gu, Gyeonggi Province.

Recently, in 2021, the young actor appeared in Love Alarm season 2. Netflix released it on March 12, 2021. The actor then starred in Navillera playing the role of a ballet student. This student struggles due to unresolved issues about his father and also tries to support himself by working as a part-timer. For this role, he took ballet lessons for six months. The same year, he bagged the award “Male actor – Rising Star” at the 2021 Brand Customer Loyalty Award. 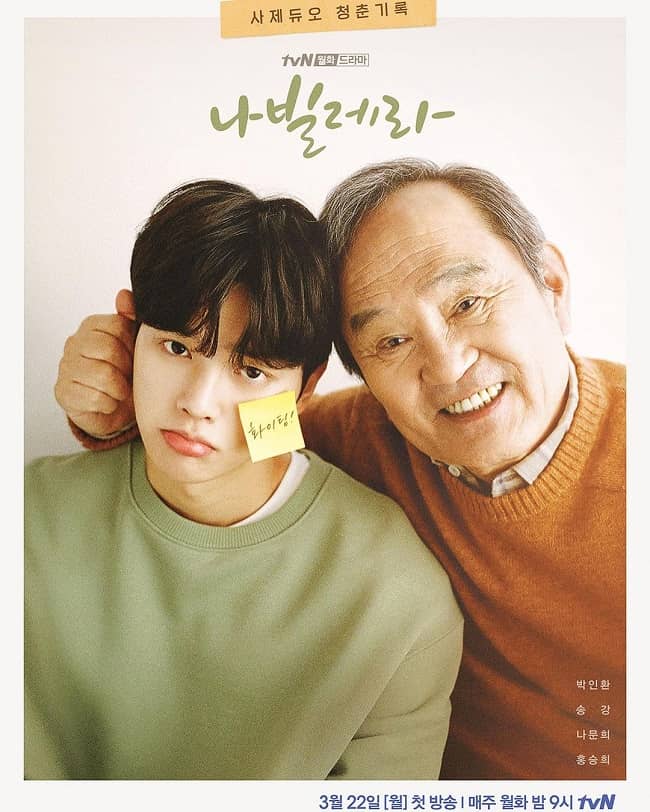 Song Kang is most probably single at present. The actor has not shared any social media posts or any official announcements related to his love life. Moreover, Kang is also more focused on strengthening his career and has little time to meet his ideal woman to date and eventually marry someday.

He stands tall at an approximate height of 6 feet 1¼ inches or 1.86 meters and his weight is around 75 kgs. Similarly, the actor’s chest-waist-hip measures are 43-31-36 inches respectively. He has dark brown eyes and hair of the same color. 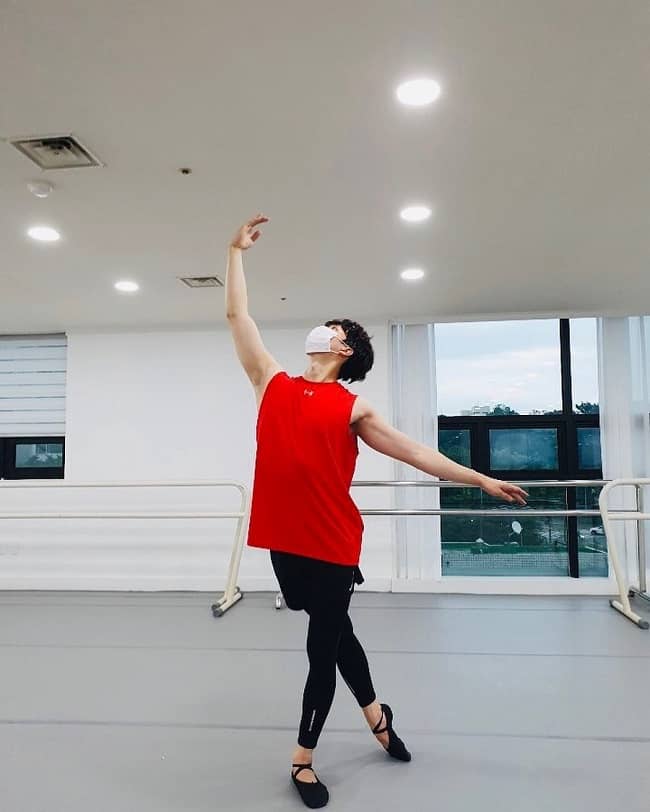 Talking about his social media presence, Song Kang is available on Instagram under the username @songkang_b. While writing his biography, Kang has earned 7.3 million followers.

Moving on, his net worth and earnings are still under review as of 2021. The young actor is often mistaken for Song Kang-ho, a veteran South Korean actor, with an estimated net worth of $20 million.