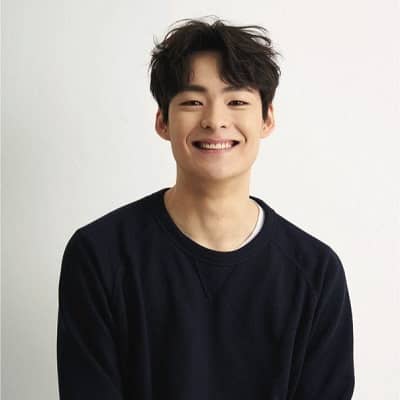 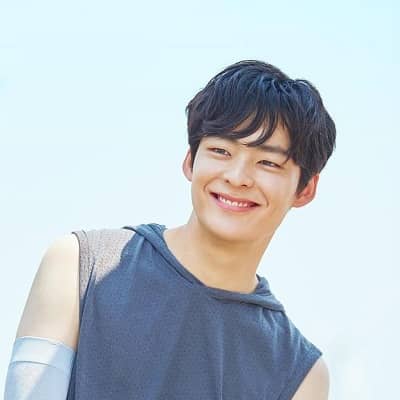 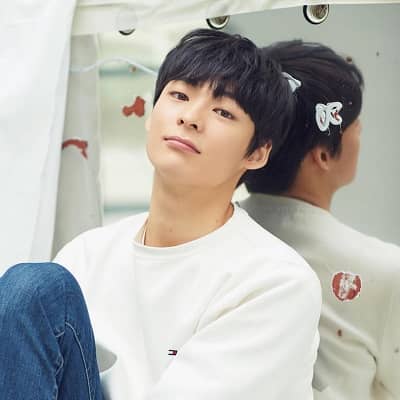 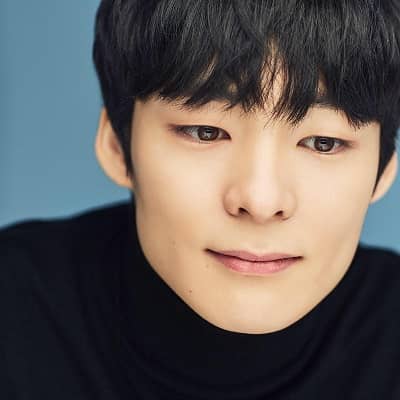 Song Geon-hee is a South Korean actor. Song Geon-hee rose to fame after appearing in numerous TV series and movies including “Love Alarm”, “Sky Castle”, “Arthdal Chronicles”, and “Missing: The Other Side”.

Song Geon-hee was born on August 16, 1997, and his age is currently 24 years old. He hails from Gunpo, Gyeonggi Province, South Korea, and his zodiac sign is Leo. Similarly, his name is written in Korean as 송건희. Furthermore, he has not shared any information regarding his parents, siblings, and other family details. Moreover, Geon-hee attended Sejong University but there is no information about which subject he majored in. 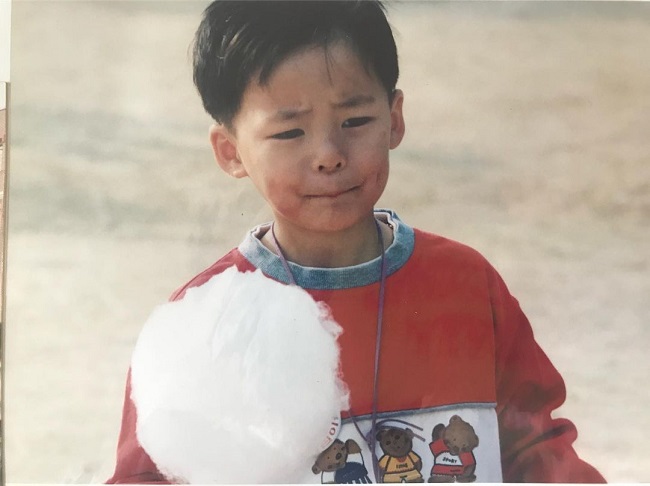 Song Geon-hee is a young and rising actor from South Korea. The actor initially gained fame as the character Park Young-jae in Sky Castle. He then starred in the Netflix series Love Alarm as Marx. He worked alongside the actor Kim So-hyun for Love Alarm.

The young actor was also part of a couple of 2017 web-series Flat and Hello Stranger. For the former, Geon-hee played the role of Yeon Woo whereas, for the latter, he starred as the character Lee Ri-on. The rising star made his TV screen debut with the 2018 JTBC  drama Gangnam Beauty. For this project, Geon-hee worked alongside actors including Im Soo-hyang, Cha Eun-woo, Jo Woo-ri, and Kwak Dong-yeon in the main roles.

Then he had his breakthrough role in the 2018–2019 JTBC drama Sky Castle. For this, he played the character Park Young-jae and worked along with Yum Jung-ah, Lee Tae-ran, Yoon Se-ah, Oh Na-ra, and Kim Seo-hyung in the main roles.

Furthermore, in the year 2019, Geon-hee worked on a total of 4 projects. He had a cameo role in JTBC drama At Eighteen as the character Shin Jung-hoo in episodes 3 and 4. Likewise, he starred as Black Tongue in the TVN drama Arthdal Chronicles. For this, Geon-hee worked with prominent actors including Jang Dong-gun, Song Joong-ki, Kim Ji-won, and Kim Ok-vin in the main roles. 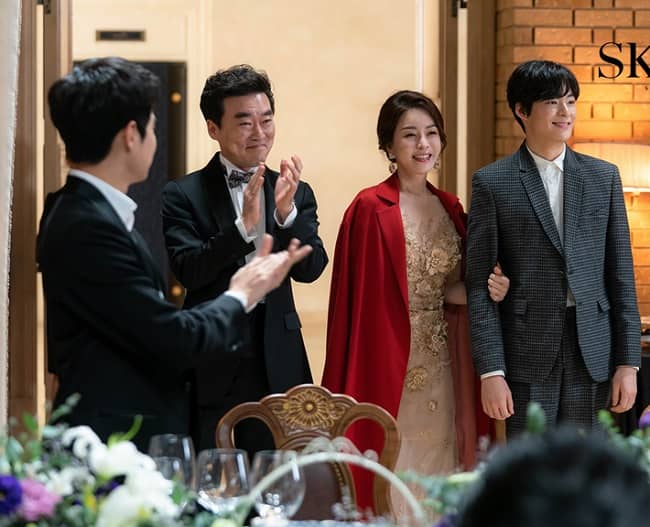 Caption: Song Geon-hee captured in a still-cut of the drama ‘Sky Castle’. Source: The Kats Cafe

Song Geon-hee also acted in the 2019 KBS2 drama The Tale of Nokdu and his role for this TV drama was the character Jeon Hwang-tae. In the year 2020, Geon-hee appeared in the JTBC drama Mystic Pop-up Bar as Crown Prince. The same year, he also appeared as Thomas Cha in the OCN drama Missing: The Other Side. He then worked on the JTBC drama 18 Again playing the role of the character Si Woo.

Similarly, he is also set to star/act on the 2023 TV series Exelixia in the role of Park Young-jae. He has also played in the KBS2 TV movie Birthday Letter. He worked on this project in the year 2019 playing the role of Kim Moo-Gil.

Besides the above-mentioned dramas and series, Geon-hee has also appeared in several other projects including Not Alright, But It’s Alright, Replaylist, The Fiery Priest, Life is a Puzzle, Until the Lips Touch, Ordinary Feeling, Just let me stay still, Hot Weather, The Boys, and Law of attraction. 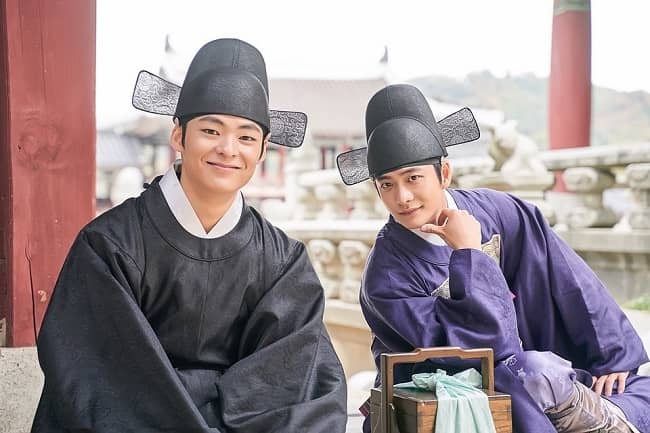 There is no verified information regarding Song Geon-hee’s relationship status and love affairs. The young actor is most probably more focused on his career as an actor at present rather than engaging in love affairs. Or he might be keeping his relationship details private. He is single as of now.

He stands tall at a height of approximately 178 cm or 5 feet 8 inches and his weight is around 62 kgs. Other than this, there is no information regarding Song’s other body measurement details including his biceps, chest-waist-hip measures, dress size, etc.

Moreover, he has dark brown eyes and hair of the same color. The actor has dyed his hair into sand-blonde for his character in Missing: The Other Side. Further, Song’s blood type is “A” and his Myers–Briggs Type Indicator (MBTI) Type is the Protagonist, aka ENFJ (Extraverted, Intuitive, Feeling, and Judging). 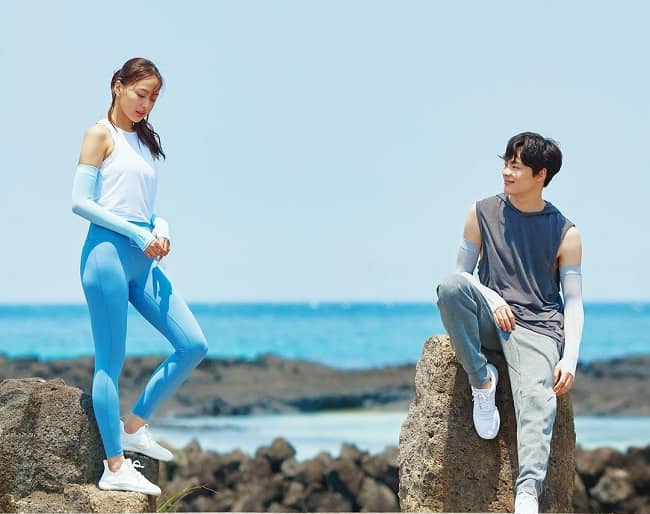 Talking about his social media presence, Song Geon-hee created his personal Youtube channel on August 21, 2019. So far, this channel has garnered over 55 views. He has shared only three videos and the last one was uploaded on November 1, 2019. Likewise, his username on Instagram is @songgeonhee.