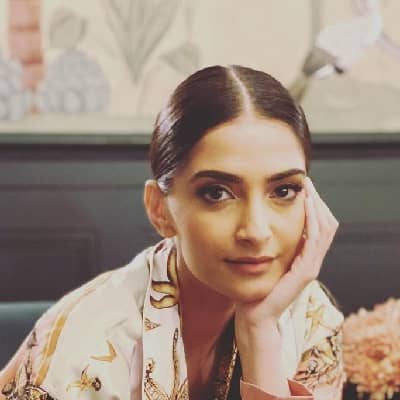 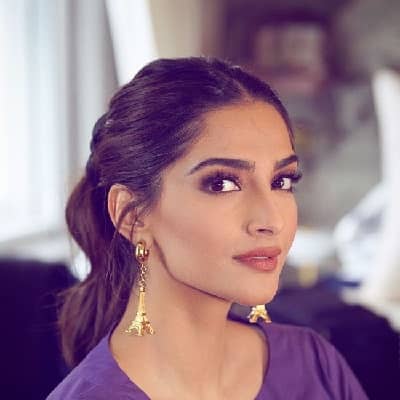 Sonam Kapoor is a prominent Indian Actress and a fashion Icon. Sonam Kapoor has established herself as a versatile and talented actress. In addition to acting, she has also involved herself in various modeling ventures over recent years.

Sonam Kapoor was born in Chembur of Bombay, India. She was born on 9th June 1985. Similarly, she is 35 years old as of now. She belongs to Indian nationality and was born under the star sign Gemini.

Talking about her parents, she was born to a Punjabi father and a Sindhi mother. Her parents are Anil Kapoor who is a famous Indian actor and a producer and Sunita Kapoor who is a former model and a designer. Similarly, she is born in a family with an acting background. Similarly, she has two siblings named Rhea Kapoor and Harshvardhan Kapoor. She is also the niece of producer Bonney Kapoor, actor Sanjay Kapoor, Late Actress Sridevi. 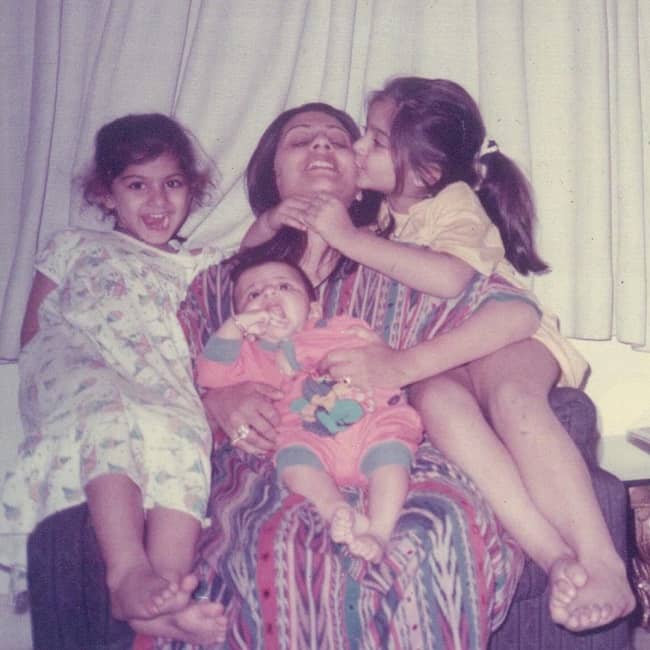 Caption: Sonam kapoor during her childhood days with her mother and siblings(source: Instagram)

Her cousins are some of the hottest names of Bollywood like Arjun Kapoor, Janhvi Kapoor, Shanaya Kapoor, Mohit Marwah, and Ranveer Singh. Sonam was a very outgoing and playful child while growing up.

Sonam Kapoor attended Arya Vidya Mandir located in Juhu while she was a child. Later she attended the United World College of South East Asia, Singapore. For her Pre University education, she studied Theatre and arts. Furthermore, she joined the University of East London where she pursued a degree in political science and Economics. However, she then moved back to Mumbai and completed her degree through a correspondence program at the University of Mumbai.

After showing interest in the film industry, on the recommendation of her father she worked as an assistant director of Sanjay Leela Bhansali. She made her debut in the Bollywood film industry with the movie ‘Saawariya’ in the year 2007. She lost almost 35 kg for the role of the movie. However, the movie did not perform well at the box and failed miserably.

Furthermore, she appeared alongside Imran Khan in the romantic comedy movie ‘I hate Love stories’. The movie was released in 2010 and this was the first commercial success for Sonam Kapoor. Some critics have termed her role in the movie as her best work to date. Similarly, Sonam has played in several other movies like Aisha, Thank you, Mausam, Players, Bombay Talkies. The films did fairly okay at the box office.

Sonam’s acting career reached new heights with the 2013 movie ‘Raanjhanaa’. Directed by Anand L. Rai she appeared in the character of Zoya Haider, A Muslim student who joins politics after her Sikh lover gets murdered. Likewise, the movie became one of Sonam’s highest-grossing movies and made $14 million at the box office. She received huge praise from both fans and critics for her role. Following her massive success, she appeared in films such as BhaagMilkha Bhaag, Bewakoofiyan, Khobsurat, and Dolly ki Dolly. Sonam displayed her versatility and talent by acting in these different genre movies. 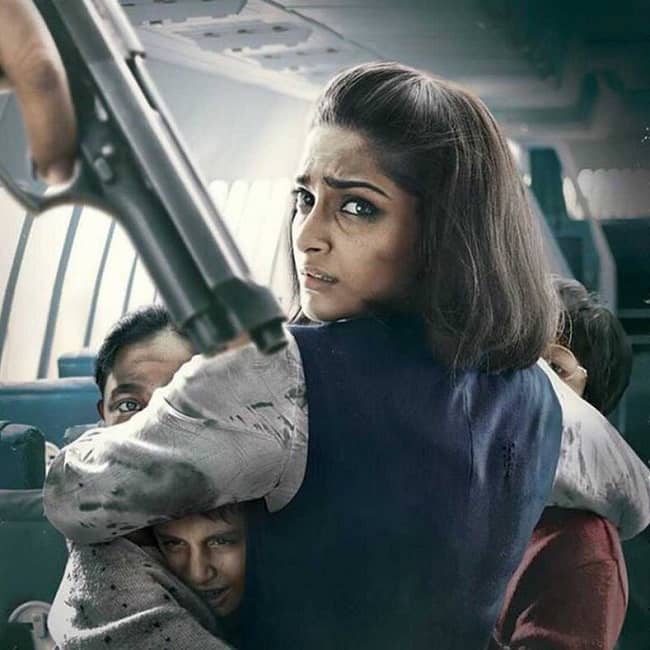 Sonam’s other hit came from the biopic movie ‘Neerja’. Directed by Ram Madhavan the 2016 biopic thriller portrays Neerja Bhanot who died while saving the passengers of the hijacked flight Pan Am 73. Sonam did an exceptionally good job and played the role of Neerja to a degree of perfection. Similarly, the movie grossed $19 million at the box office and is the best work of Sonam while playing a lead female role.

Moreover, Sonam has acted in movies like Padman, Sanju, Ek Ladki ko Dekha Toh Aisa Laga, Prem Ratan Dhan Payo, AK vs Ak, and so on. Asie from acting Sonam has ventured into modeling too and has appeared on the cover pages of many national and international fashion magazines.

The famous actress has earned a huge amount of wealth from her career and enjoys a net worth of $13 million USD.

Sonam has quite a bit of dating history. She dated Sahir Berry and Punit Malhotra before dating Anand. Similarly, She married businessman Anand Ahuja on 8th May 2018. 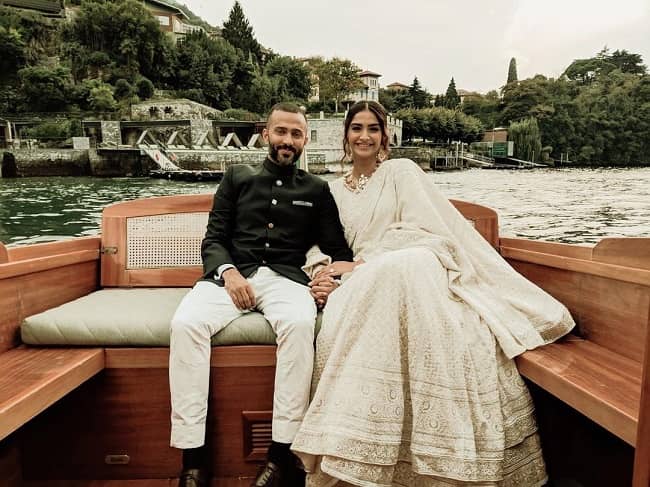 Sonam has unknowingly involved herself in various controversies over the years. Her statement that her good karma from her past life was what lead her to be born in such an influential family is perhaps the most gossiped about.

The Indian actress is stunningly beautiful. She stands tall at 5 feet 9 inches and weighs 55 kg. She has a well-built body and her body measurements (chest-waist-hips) are 34-26-34 resp[ectively. Similarly, she has beautiful pair of dark brown eyes and black hair. 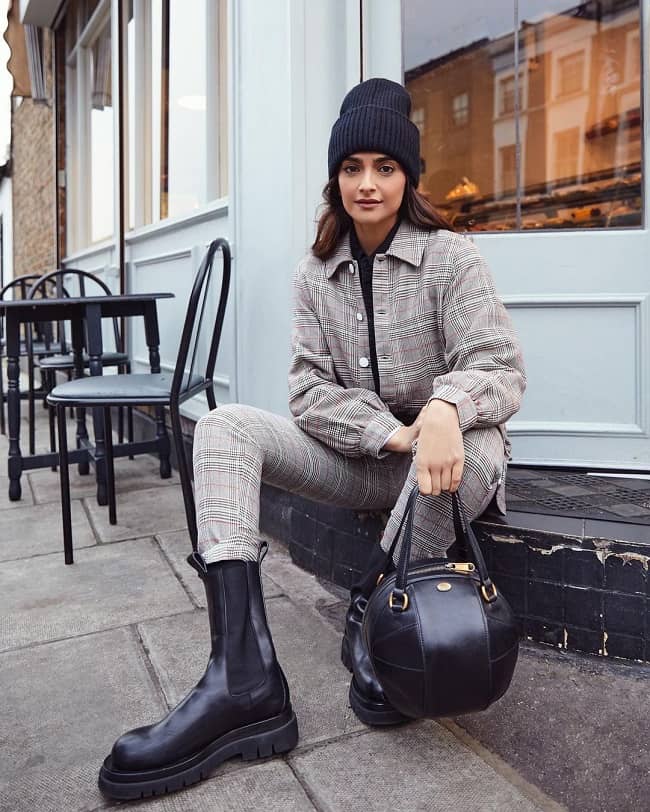