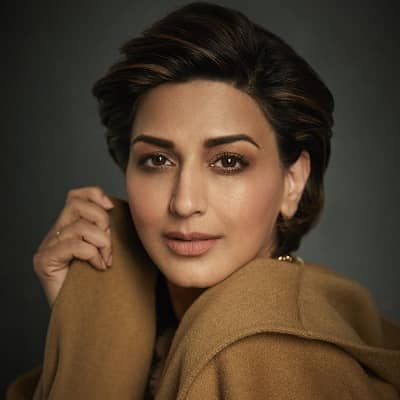 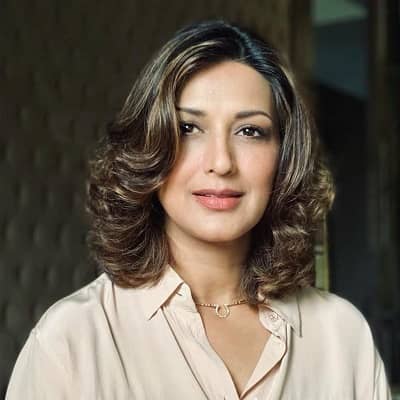 Sonali Bendre is a popular Indian film actress and also a model. Sonali Bendre is widely popular not only in Bollywood but also in Telegu, Marathi, Kannada, and Tamil movies.

Sonali Bendre was born on January 1, 1975, in Mumbai, Maharashtra, India. She is currently 47 years old and she celebrates her birthday every new year. Sonali is Indian by nationality and her caste is Chandravanshiy Kayasth Prabhu. Similarly, Sonali is from a Hindu family and her zodiac sign is Capricorn.

Talking about her parents, Sonali was born to his father Jit Bendre, and her mother Roopsi Bendre. Her father worked in CPWD. Likewise, she also has an elder sister named Rupa Ranadive and a younger sister named Gandhali Paranjape.

Enhancing her favorite things and hobbies, Sonali is a fan of her actress mates Madhuri Dixit, Priyanka Chopra, Deepika Padukone, and Kareena Kapoor. Similarly, she loves Indian and French Cuisine. In addition, Sonali loves cooking, Writing, and Traveling in her leisure time. Her favorite color is blue and her dream holiday destination in Europe.

Sonali began her career as a model. Before entering Bollywood, she participated in a fashion show and therefore won the show. After that, she started getting calls from modeling agencies and the film industry. She started her acting career through her debut movie “Aag” in 1994. She was just 19 at that time.

Sonali also acted in a few Tamil, Kannada, Telegu, and Marathi films. Along with acting, she has also been a great host, judge, and performer in several TV shows like “Kya Masti Kya Dhoom”, “Mr. and Mrs. Television”, “Indian Idol”, “India’s Got Talent”, “Hindustan Ke Hunarbaaz”, and “India’s Best Dramebaaz”.

Sonali took a long break of 10 years from the film industry in 2004. In 2013, Sonali made her come back with the movie “Once Upon a Time In Mumbai Dobara” in which she acted a small role. This is her last movie of her as an actress.

Being a passionate actress, Sonali has earned a decent amount of money. She has an estimated net worth of $3 million US dollars. Similarly, Sonali charges INR 4 lakh per day. Furthermore, she owns Audi A6.

Sonali has earned several awards in her lifetime. In 1995, Sonali won the Screen Awards under the category “Most Promising Debut Actor (Male/Female)” for her debut movie “Aag”. Similarly, in the same year, she was awarded Filmfare Awards in the category “Lux Face of the year”. 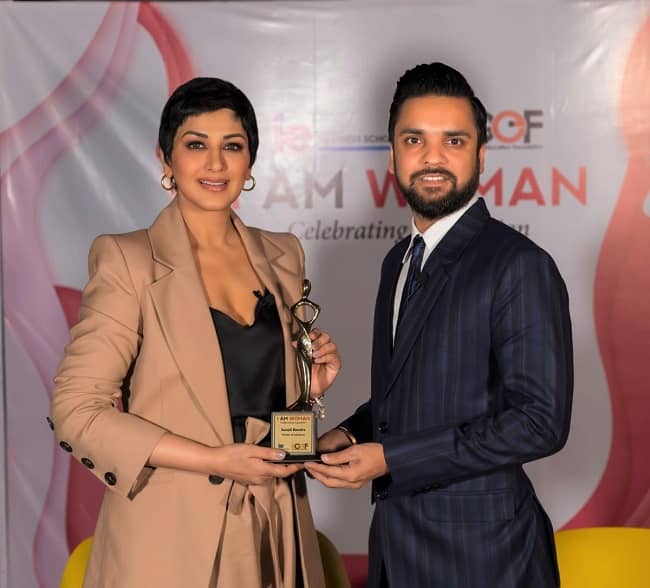 Sonali Bendre tied knot to Goldie Behl on November 12, 2002. Goldie is a popular filmmaker in India. Sonali and Goldie were dating for a long time before their marriage. The couple became parents of their first child, a son named Ranveer Behl on August 11, 2005. Ranveer was born in Breach Candy Hospital. Furthermore, Sonali previously dated a politician named Raj Thackeray. 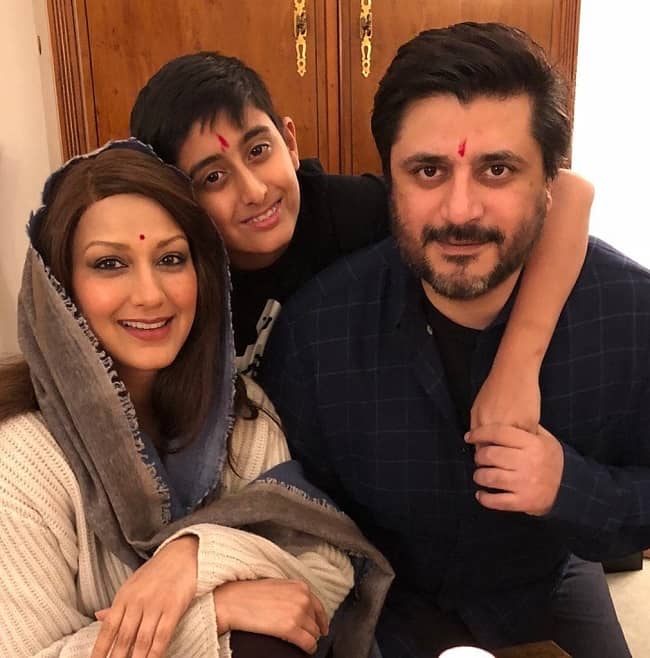 Talking about her physical statistics, Sonali has maintained a proper body being a model. Sonali stands 5 feet 6 inches (1.68m) tall and weighs around 55 kg. Her actual body measurement (Chest-Wasit-Hip) is around 32-28-32 inches. Moving on, Sonali has beautiful black hair with a pair of stunning brown eyes. 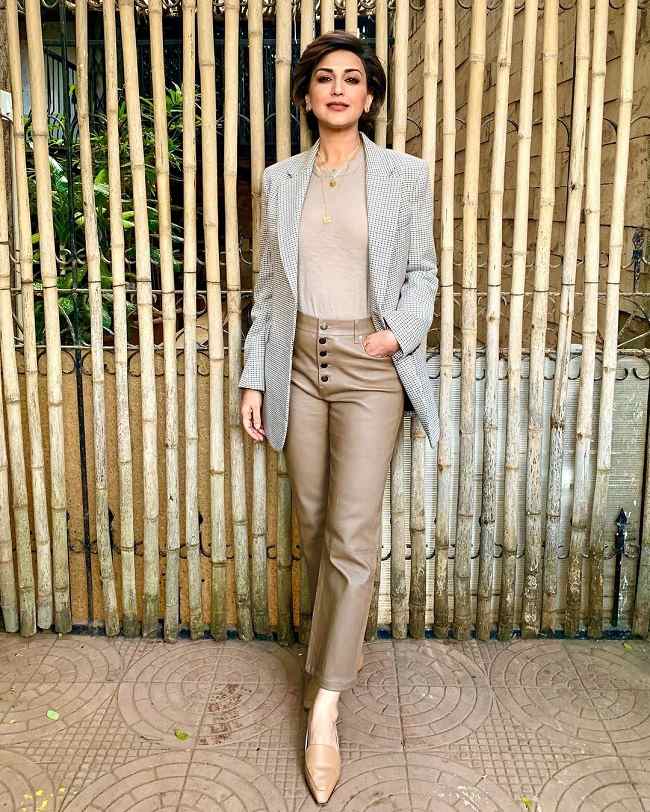 Sonali Bendre is quite active on social media platforms. She has a Facebook page with more than 2.4 million followers. Similarly, she also has an Instagram account under her name with over 2.7 million followers. Sonali has 816 posts to date that include beautiful pictures of her lifestyle. Moreover, Sonali also uses Twitter where she has over 366.5k followers. She uses Twitter for her professional and personal tweets.