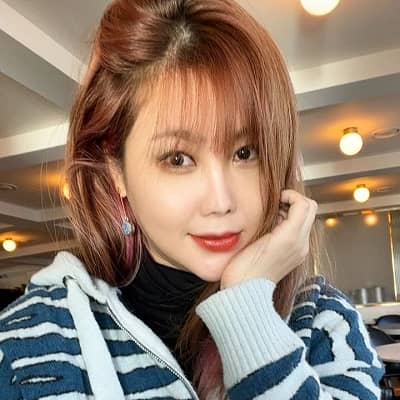 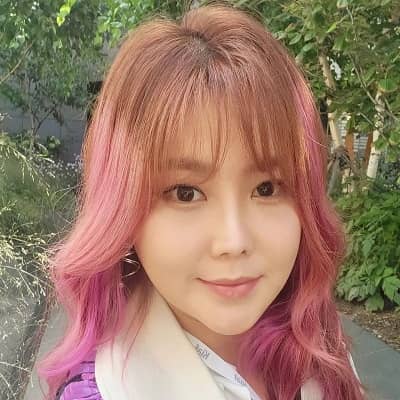 Solbi is a singer, painter, and television personality from South Korea. Moreover, Solbi’s singing debut in 2006 as a member of the K-pop group Typhoon.

Kwon Ji-an best known by her stage name Solbi was born on the 30th of September 1984, in South Korea. According to her date of birth, she is 38 years old and holds South Korean nationality. However, this singer has not shared information regarding her ethnicity, childhood days, parents, and siblings. 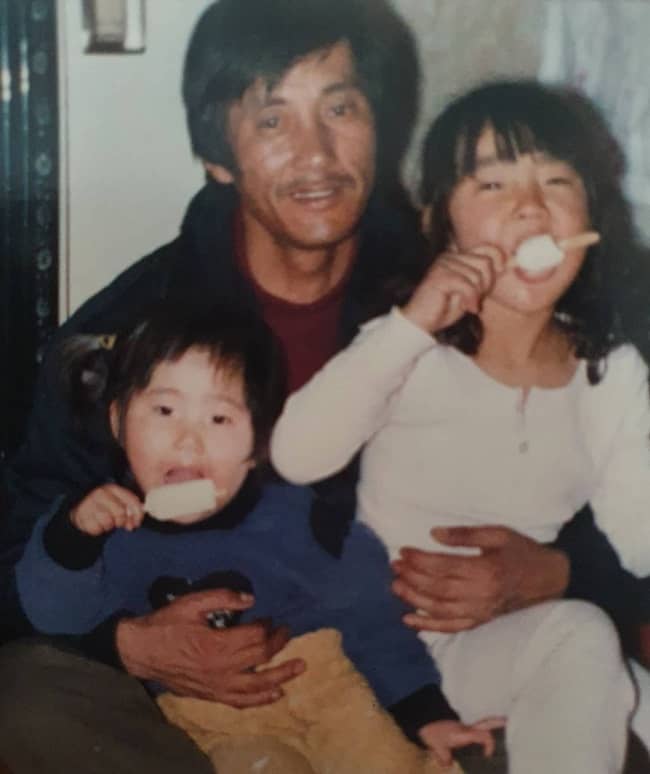 Similarly, Solbi has not shared information related to her academic qualification. It seems this South Korean singer might have completed her graduation from a well-known university nearby her hometown.

Regarding her professional career, Solbi made her debut as the main vocalist of the representative K-pop hybrid group Typhoon in 2006. During that time, she also released her solo album ‘ Do It ‘ in 2008. She also earned recognition in plays and musicals the same year.

Moreover, she has been releasing music and music albums every year since then. She rose to prominence as a television host on MBC, hosting the shows Sang Sang Plus (season 2) (with Lee Hyori and Shin Jung-hwan) and Music Core (with Big Bang members Seung Ri and Dae Sung) from March 2008 to March 2009, before being replaced by Tiffany and Yuri of Girls’ Generation.

She released her debut solo digital song, ‘Cute Love,’ on June 19, 2008, with lyrics she wrote herself. The song works as Andy and Solbi’s show theme song. She recorded a Korean adaptation of ‘Way Back into Love,’ from the 2007 film Music and Lyrics, with Kim Jong Wook on July 15, 2008.

On September 17, 2008, her first mini album, titled ‘Do It, Do It,’ was released. Her second album, ‘French Kiss,’ was released on April 16, 2009. Solbi was one of the major MCs on Season 2 of Infinite Girls, however, she later stepped aside, claiming scheduling issues with her upcoming album.

In October 2015, she took part in a program called Infinite Challenge. She was selected as an ambassador for the Central Election Commission in 2017. She was also a special guest teacher at Idol School, where she taught Psychological Health Management through art therapy, which she used when she was struggling.

Solbi is engaged in art, which she began in 2010 for medical reasons. Beginning with ‘Trace’s fantasy’ in 2015, she introduced self-collaboration (a new form of art through collaboration between two different selves: Kwon Ji-an and Solbi).

The self-collaboration consists of five pieces: “Black Swan” in 2016, “Jikji Korea International Festival” in 2017, and “Hyperism-Blue” in 2018. Solbi, in particular, is a result of ” hyperism ” (the flood of information and content), which implies that if modern needs and higher expectations are not met, the opposite side effect is a feeling of deprivation.

‘Hyperism -Red’ gave an unprecedented ‘Red’ performance on KBS 2 TV’s ‘Music Bank’ on the topic of women’s pains, causing new shock. In March 2018, she uploaded the ‘Class’ of ‘Hyperism-Blue’ sound to her YouTube channel.

She will hold her tenth solo exhibition in July 2022. From July 13 to September 13, ‘Humming-Paradise’ will be on display at the Vista Walkerhill Hotel in Gwangjang-dong, Gwangjin-gu, Seoul. From August 20 to September 18, 2022, she will host the exhibition ‘Beyond the Apple: Systemized Language’ by Kwon Ji-an.

Solbi has been leading the sharing of talent contributions and good actions to a nursery in Gyeonggi Province since 2012. In 2016, she also recorded “Find,” a song that was released in connection with the introduction of the “Finding Project” to support the search for missing children.

The company released ‘Son Mo-ah gloves’ in December of the same year to alter unfavorable perceptions of deaf and speech-impaired youngsters and enable them to live healthy daily lives. In 2017, she took part in ‘A Night of Support for Multicultural Children,’ donating 5 million won and performing a special performance. She is also speaking out about social issues. 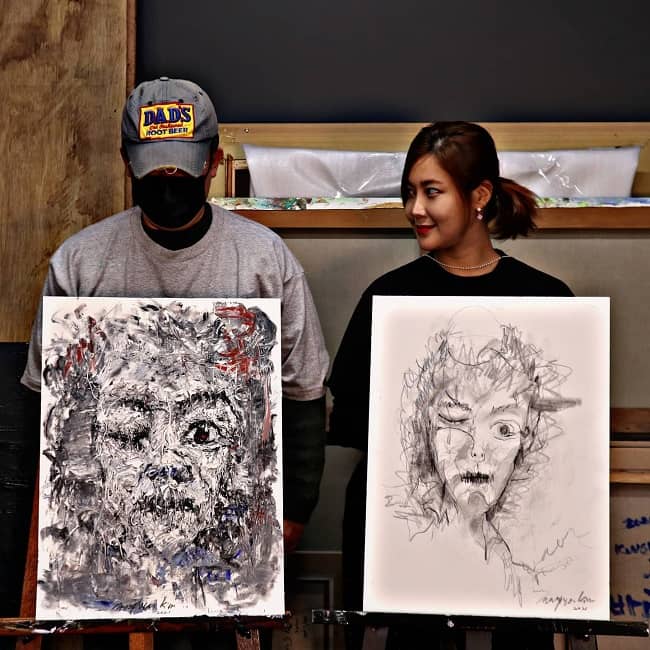 Solbi has continued to create pictures of the victims of the Sewol Ferry accident and has offered heartfelt condolences since 2014. In addition, in January 2018, she spoke on EBS’s special New Year’s Special Talk for the Future of the Year, pointing out that the sentence for stalking is only 100,000 won.

At the National Assembly presided over by Prime Minister Lee Nak-Yeon, the bill offered by Solbi was decided as a comprehensive step to prevent damage from stalking and dating violence and was approved as a ‘law to punish stalking.’

She selects as the MC of Play-learn TV’s ‘Museum of Fine Arts of Roman Princess’ in June 2018. Moreover, she has expressed her love for children through television and social media.

Every year, she volunteered and taught art to children. Solbi pushes the boundaries of children’s art, which she incorporates into her work for medical reasons. As a result, ‘The Museum of Fine Arts’ is an unprecedented art program and children’s education program based on modern art that teaches creative expression via experience in, listening to, and touching.

She donated ₩10 million to the Hope Bridge Disaster Relief Association on March 8, 2022, to assist those affected by the massive wildfires that began in Uljin, Gyeongbuk, and expanded to Samcheok, Gangwon. She donated 10 million won to the orphanage for Children’s Day and Mother’s Day in May 2022 by giving on April 29, 2022.

As a singer and television personality, she has earned a decent sum of money. According to an online site, her net worth estimates at around $1.5 million and she donated most of her earnings to charity and social work.

Talking about her personal life, Solbi is currently single and unmarried. But in past, she was in a relationship with a guy whose name is unknown. Moreover, she shares the story of a painful break-up with her ex-boyfriend.

However, this south Korean singer is not a part of controversy or rumors and likes to keep a safe distance from such things.

This South Korean singer stands 5 feet 4 inches tall and weighs around 47 kg. Moreover, she has brown hair with dark brown eyes color. And, there is no other information regarding her other body stats. 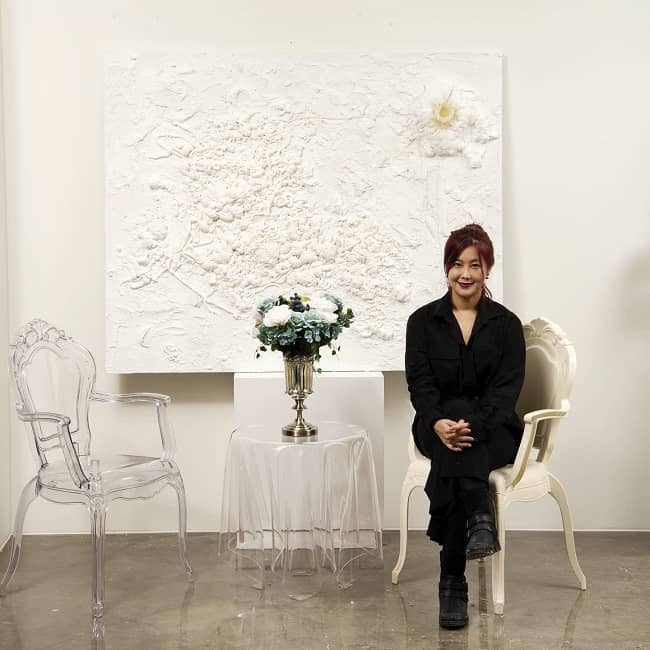