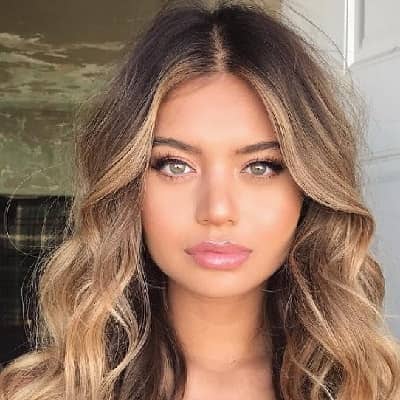 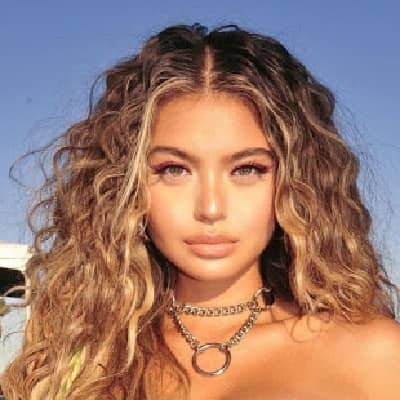 Sofia Jamora is a popular American model, Instagram star, and social media sensation. Sofia Jamora is famous for being the face of online Lolli Valfre’s swimwear line and has been profiled in publications such as Sports Illustrated.

Sofia Jamora was born on May 6, 1997, in The United States of America. She is 24 years old. She grew up in Calabasas, California, and is of Pacific Islander heritage. Her birth sign is Taurus and she holds an American nationality.

Also, she has a pet dog. She has not shared her details regarding her early life, parents, siblings, and educational background. So far she has maintained privacy in her private life. 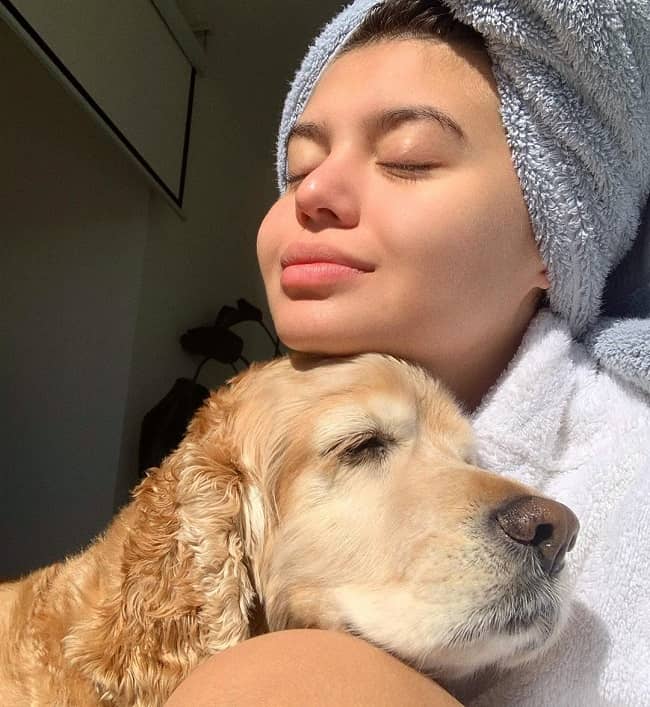 She has not received any awards or nominations. However, she has won the hearts of thousands of her fans and followers through her amazing modeling.

She earns a fair amount of money from her modeling career and from her social media accounts.

Her estimated net worth is $300 thousand dollars but she has not revealed her actual salary. Thus she has been living a comfortable life from her income.

Sofia was in a love relationship with her boyfriend, Spencer Mow. Spencer Mow is also an Instagram sensation who is very famous. He also updates his fans about his lifestyle on his Instagram account.

However, she has not shared about her past relationship, previous engagement, and past affairs. Also, she is not ready for marriage any soon and is focusing more on her career.

In April 2020, Sofia accused clothing brand Oh Polly of failing to pay her for canceled shoots. She posted a series of messages online.

There she claimed, the company chiefs owe her money after several work projects were called off. One of the jobs is said to have been called off at the last minute due to the wildfires in California that caused chaos in the state the previous year.

In addition, she claims she should still get paid even though the shoot got canceled because of the dangerous conditions.

In a post on Instagram, she wrote, “How is it fair as a model to be confirmed on booking and get it canceled within 24 hours and the client feel the need not to pay.”

“Also considering my health and safety as a huge company you should check news reports such as fires [sic] and not put people in your employment in such extreme conditions.

@ohpolly has not responded to any of this because they will continue to use my images anyway.” Since she posted her claims online, Oh Polly representatives have removed all of her images and videos.

One of the statements she posted included a message from an Oh Polly representative, who insisted the company does not owe Jamora any money.

A customer service manager wrote her a message after she posted about the situation. It read: “We do not owe her any money.

The shoot was canceled because of a fire in LA. Also, her agency agreed we didn’t need to pay her as she didn’t have to work.

All hair and MUAs also agreed payment would not be required…” But she insisted she was not represented by an agency at the time.

Sofia, Taurus, is a model signed by Freedom Models based in Los Angeles and Next Models. She is also the face of the Lolli Valfre brand.

Soon her followers increased tremendously in June 2015, when the Lolli Valfre campaign for her line ValfreXLolli was released. Welcome, To Miami campaign features her alongside model Naressa Valdez.

Similarly, Zayn Malik’s featured her in his songs Let Me and Entertainer. In the Let Me music video Zayn and she makes out with each other.

On Instagram, fashion and bikini-related posts started gaining major traction. This translated to more endorsements from fashion and clothing brands like ‘Oh Polly’, ‘Windsor’, and ‘Tobi.’

Furthermore, according to Mail Online, during the Frankies Bikinis presentation at Miami Swim Week in 2017.

She danced on the runway in a one-piece bathing suit when she suffered an embarrassing wardrobe mishap at the end of the catwalk.

Then, she quickly swiveled around and readjusted her costume before walking off the stage. Later, she smiled at the other models in the show and blew kisses on the spectators in the audience. The YouTube video showing the moment has been viewed over 30,000 times.

In an interview, she disclosed how she entered the modeling world: ‘I was at a trunk show in Westlake at Kate and Lace, Mimi (co-founder of Frankies Bikinis) came up to me and asked me if I’ve ever modeled before and if I’d like to. From there I shot with Frankies and that opened up a whole bunch of opportunities for me!’

Moreover, her swimwear, fashion, and lifestyle-related posts combined with her images from different cities and countries have only added to her ever-increasing number of followers on social media.

With more endorsements by top brands and modeling opportunities, she is one of the top models to look out for in the next decade.

Sofia has beautiful green eyes and brown hair. Her height is 5ft 6in and she weighs about 55 kg. She maintains her body quite well as she is a model. Her body measurements are 32-24-37 inches. 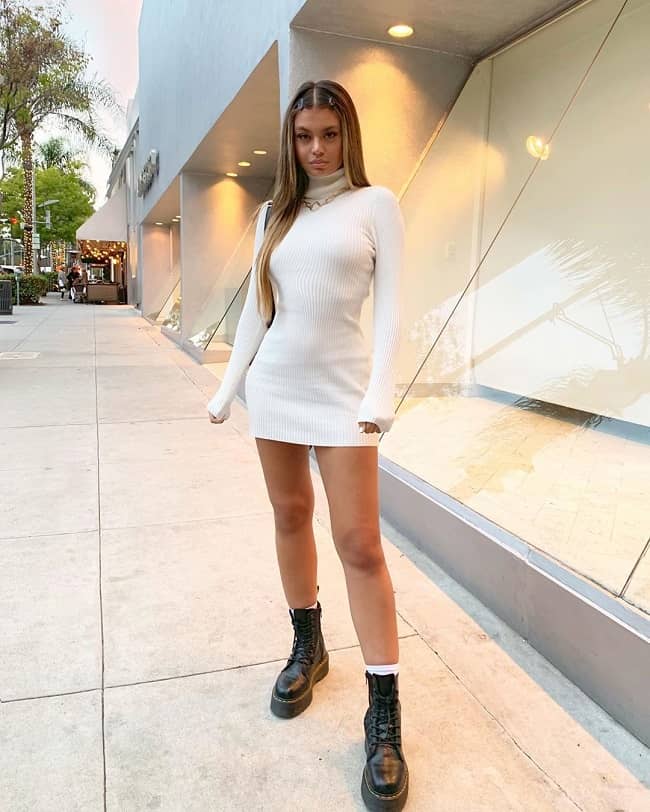