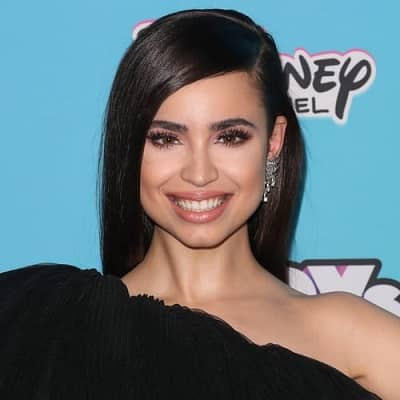 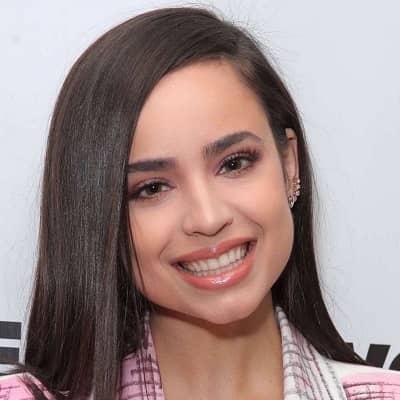 Sofia Daccarett Carson professionally known as Sofia Carson is a famous Actress, Singer, and songwriter. She is popularly known for acting in movies Descendants and its franchise, Songbird, Pretty Little Liars: The Perfectionists, and also Disney movies Austin and Ally. She is also a great songwriter and singer; known for her albums like Rotten to the Core and Love is the Name.

Sofia Carson was born on 10 April 1993 (age 28 years old) to father Jose  F Daccarett and Laura Char Carson in Fort Lauderdale, Florida, U.S.Sofia chooses her name as Carson after her grandmother Lauraine Carson. Her father was from Colombia and later moved to Florida and met her mother at Florida Atlantic University. Her mother is related to Char political family. She has a sister named Paulina Char.

Paulina is friends with some celebrities Sabrina Carpenter and Soia Vergara to name a few. She is an American and belongs to mixed Ethnicity. She is Colombian American but follows no religion. Her zodiac sun sign is Aries. She started her dancing from the age of 3 and continue up to 17 years old. Likewise,  she is trained in Ballet, Pointe, musical theater dance, jazz, flamenco, hip-hop, Contemporary, modern, and tap. 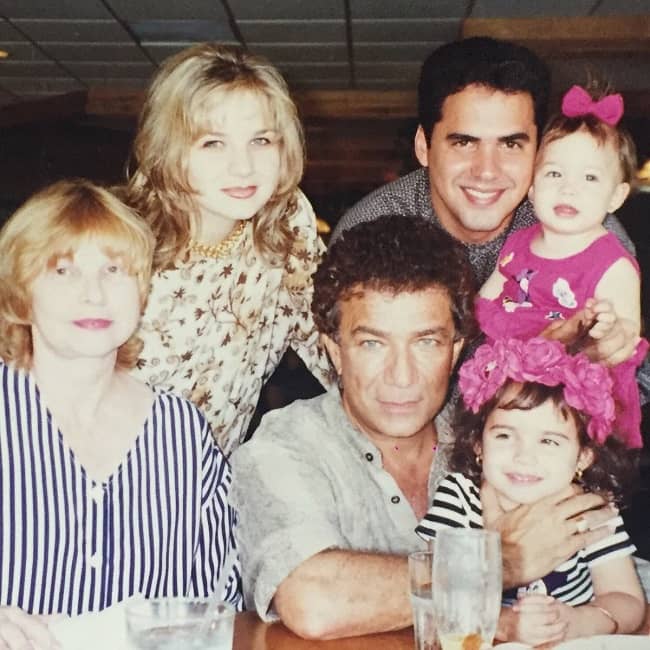 The multi-talented actress is a phenomenal student as well. She went to St.Hugh School for her early studies. Then She joined Carrolton School of the Sacred Heart in Miami and graduated from there. Later on, she attended the University of California, Los Angeles i.e UCLA after graduation and did major in communications and minor in French. She also attended Motion Dance where she was part of the IMPAC Youth Ensemble Program, which competes across the United States

She is a beautiful actress and singer. Her phenomenal performance has caught the eyes of the viewers. Her first debut was in 2014 with the Disney series Austin and Ally where she played the role of Chelsea. She appeared in the episode ‘Princesses and Prizes’She started her career when she was a teenager and attended Motion Dance Studio and was part of the IMPAC youth ensemble program. Likewise, she was featured in the television series Faking it with the role of Soleil. She appeared in the episode ‘We Shall Overcompens Facing Up is Hard to Do’.

She got her first break from Television Series Descendants in 2015 as Evie. It has become a career-changing opportunity for her. It has become one of the audience’s favorites. Furthermore,  it was brought as franchises in parts 2 and 3. In the year 2015-2017, She played a voice role for Descendants: Wicked World as Evie. She was cast in Soy Luna in 3 episodes of seasons 1 and 3 in 2016 and 2019. Likewise,  She has been featured in  Walk the Prank series in the episode ‘Adventures in Babysitting’ and she was featured as Lola Perez in the same movie in the same year. She was also part of the popular Avenger series spiderman as a voice role in 2 episodes as Sandgirl.

She bragged as the main lead for Pretty Little Liars: The Perfectionists as Ava Jalali. in 2019 she participated in a celebrity family feud. Likewise, She also appeared in series like Elena of Avalor, The Disney Family SingalongGroup Chat, Descendants: The Royal Weddings voice roles, and some of the episodes. Her television Career was very bright and managed to gain lots of popularity through it. 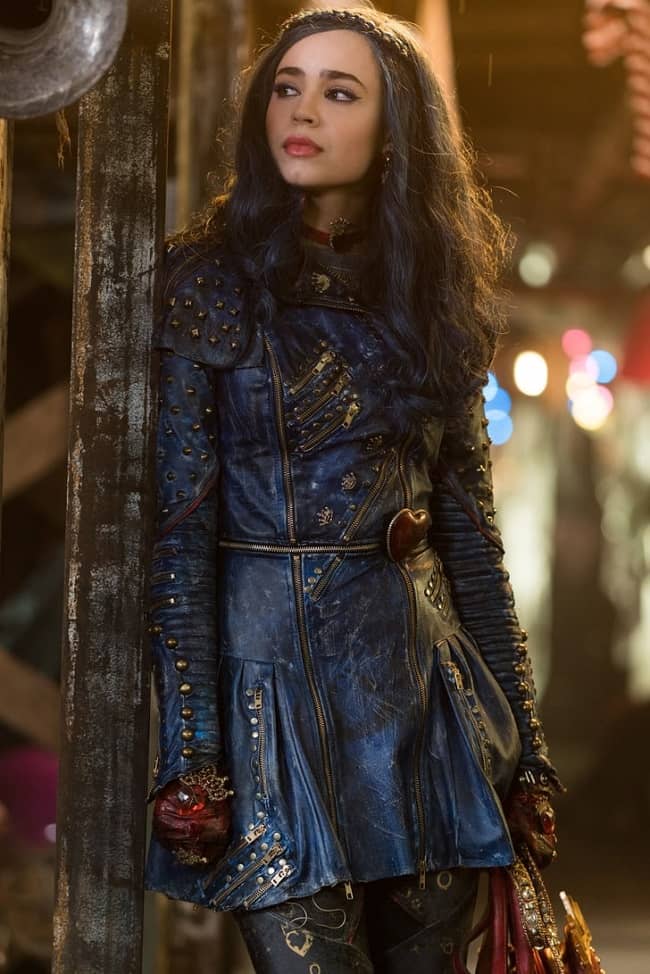 Soia Carson during the shoot of Descendent (Source:Pintrest.com)

She has also been part of Hollywood movies as well. She is a great admirer of Scarlette Johansson and Harrison Ford. Moreover,  she was featured in Tini: The Movie 2016, A Cinderella Story: If the shoe fits 2016, Feel the beat 2020, Songbird 2020, and My Little Pony; A new Generation 2021. Although she has been popular among the viewers for her role in Descendants her other movie Feels the beat has also gained quite popularity.

Whether it’s acting or her singing, voice role, or main role, she never fails to impress her audience.Her recent movie Songbird and Feel the beat is still grabbing the headlines. The young singer made her first debut in 2015 with the album Descendants and in the same year, she made her single debut with Rotten to the core. She has also done many live performances with millions of fans.

She is a social activist and has done some of the Philanthropy work which is quite impressionable. Similarly,  she was announced as Global Ambassador of Latin Grammy Cultural Foundation In 2019. Advocating, Promoting, Increasing awareness about the foundation’s mission and educational programs are some of her roles regarding that foundation. The foundation has donated over $ 5 million us dollars for a scholarship, musical training, education, and events for the betterment of the children.

She has also done philanthropy work in collaboration with A-Wish Foundation, UNICEF, The Ryan Seacrest Foundation.  Likewise, she has been announced as a Brand Ambassador of UNICEF in 2020. Moreover,  she has also done hosting for the Hollywood foreign press association golden globes red carpet pre-show. She has also posted for the Black Lives Matter movement and takes Priyanka Chopra Jones as her biggest inspiration for her social works. Her work is commendable and is the source of inspiration to many. 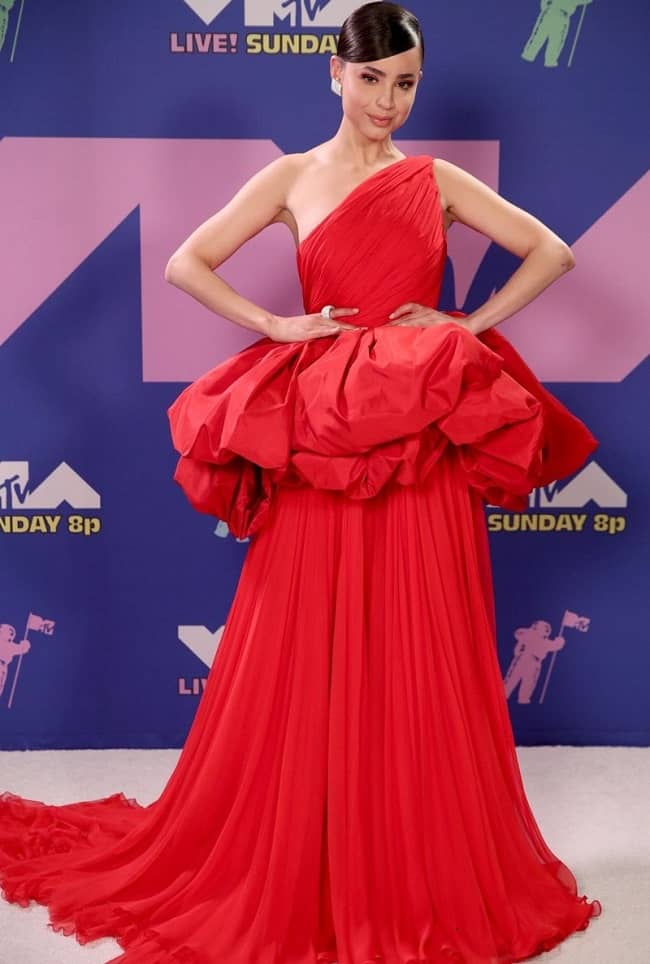 The multitalented actress has not only through her acting but also her singing as well. She has a net worth of around $ 6 million(approx). She has earned about 35. k dollars approx in the year 2021. Analyzing her career we can assume that she is living a luxurious life.

As per reports, Sofia is quite single as of now. She was in a relationship with Modern Family star Sofia Vergara’s son Gonzalez Vergara as per reports. But the rumored disappeared as both of them denied it. She was in a relationship with Descendants Movie Co-star Cameron Boyce. He died in July 2019 with a diagnosis of epilepsy Seizure in his sleep.

The gorgeous actress has a beautiful body and warm personality as well. The Disney star has dazzling dark brown eyes and medium-dark brown hair. She is about 5 feet 4 inches tall and weighs about 51 kg. Her body measurements are 33-24-36. She has thick lips and a sharp jawline with straight hair and a beautiful smile.