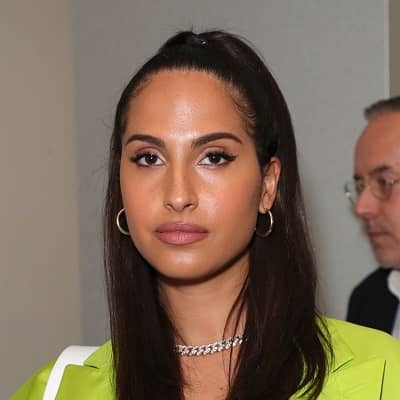 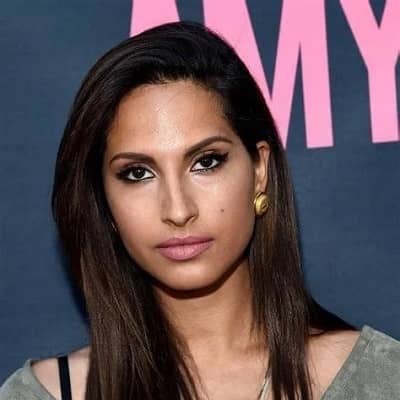 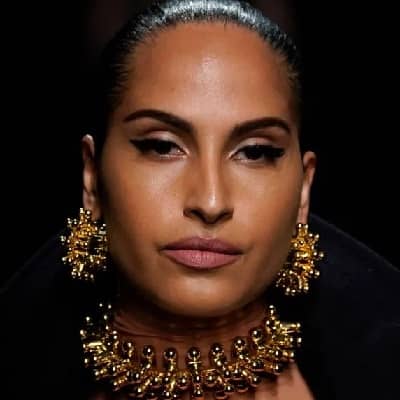 Snoh was born on the 13th of September, 1987, in Uppsala, Sweden. Snoh will be 35 years old in September of 2022. She was born to Persian parents. There is no information or details on her parents, siblings, and friends. After her parent’s divorce, she lived with her mother in Enköping, Sweden. Snoh and her mother later moved to the capital city Stockholm.

She started writing songs when she was 9 years old. She signed an artist development deal with Sony Music Sweden in 2001 at the age of 13 but she left Sony Music Sweden ultimately without releasing music. There’s no information or details on her education.

She released her first studio album, First Sign, via Universal Music Sweden on April 6, 2010. It featured Sade’s 1984 song “Smooth Operator” as a cover, as well as the singles “Hit And Run” and “U Got Me Good”. In 2013, Snoh signed with No I.D.’s ARTium Recordings.

She debuted under the new name Snoh Aalegra in 2014. She then appeared on Common’s tenth studio album, Nobody’s Smiling,  featuring in the song “Hustle Harder”. In 2014, Snoh released her debut single, “Bad Things” featuring Common. On November 17, 2014, she released her debut EP, There Will Be Sunshine, through ARTium/Epic. The EP included “Stockholm, Pt. II (Outro)” and featured Cocaine 80s.

After Prince found her music and reached out to her in 2014, she became his protégés. Until his death in 2016, he was her mentor. Aalegra announced in February 2015 that she has changed her legal name to Snoh Nowrozi. She then added “Aalegra” to her stage name as there was already an artist named Snoh.

Aalegra released her first single as Snoh Aalegra, “Emotional,” on February 11, 2015, which was produced by RZA. She also provided vocals for the song “Jump Off the Roof” on Vince Staples’ debut album, Summertime ’06, released in June 2015. On April 8, 2016, Aalegra released the EP Don’t Explain, which featured features and production from James Fauntleroy, No I.D., Boi-1da, Christian Rich, and DJ Dahi.

The EP also featured “Don’t Explain” by Billie Holiday and Arthur Herzog Jr, a cover of the 1944 song. She went on her first North American tour in support of Daniel Caesar in 2017. Snoh released her debut album, Feels on 20 October 2017, which featured Vince Staples, Vic Mensa, Logic, and Timbuktu. She describes her debut album as a “nostalgic blend of soul and R&B” that she refers to as “cinematic soul”.

Drake sampled her song “Time” on “Do Not Disturb”, the closing track on his 2017 mixtape More Life. Apple used her single “Nothing Burns Like the Cold,” produced by Christian Rich and featuring Vince Staples, in their iPhone XS introduction video and advertisements on September 12, 2018. She headlined her first North American tour in the fall of 2018, with Mereba and Leven Kali as support.

Ugh, Those Feels Again and Temporary Highs in the Violet Skies

She then signed a recording contract with Roc Nation/Universal Music Group with a partnership with her current label ARTium Records on March 9, 2020, and released her first single “Dying 4 Your Love” through both labels on 10 July. In an interview, she announced that she was working on her next album. On Giveon’s second EP, When It’s All Said and Done, Aalegra was featured on “Last Time.”

Snoh released her third album, Temporary Highs in the Violet Skies, on ARTium Records and Roc Nation on July 9, 2021. The singles “Dying 4 Your Love,” released on June 10, 2020, and “Lost You,” were released on June 21, 2021, and they were produced by Maneesh and No I.D. On February 13, 2022, she started her ‘Ugh, These Temporary Highs Tour’ in Manchester, UK. Her gig at London’s O2 Brixton Academy earned rave reviews, with musician and personal inspiration to Aalegra – Janet Jackson in attendance. Her US tour will kick off in late March. 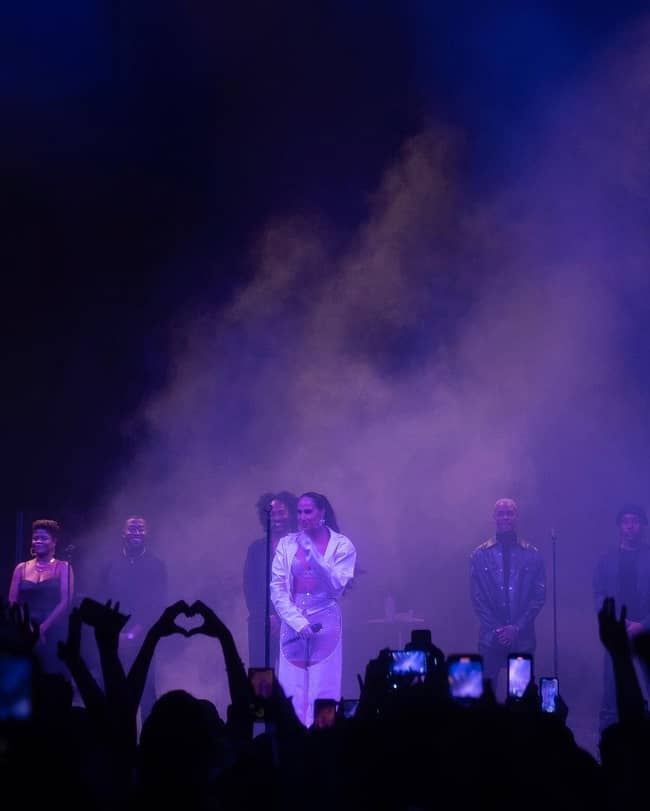 Snoh Aalegra is single currently. She and Joe Budden were rumored to be in a relationship in 2021 after Budden posted a pic of him leaning to Snoh with a flirty caption,” And lemme tell you another thing about pianos….. (she’s not for play!!)”. She later shut down the rumors by tweeting.” she just met Budden at the event and spoke for 20 seconds” on Twitter. She was also rumored to be in a relationship with Michael B. Jordan after he appeared on her mv Whoa and they kissed. There is no information or details on her other relationships.

Snoh briefly lived in London and later moved to Los Angeles. She has been living in LA since 2012. She speaks three languages fluently( Persian, Swedish, English) and Spanish a little bit.

Snoh has a height of 5 ft 10 inches and she weighs 68kg. Aalegra has brown hair and her eyes are black in color. She has body measurements of 32-24-35.

Snoh earned her wealth from her music career. Aalegra’s total net worth is estimated to be $1-5 million.