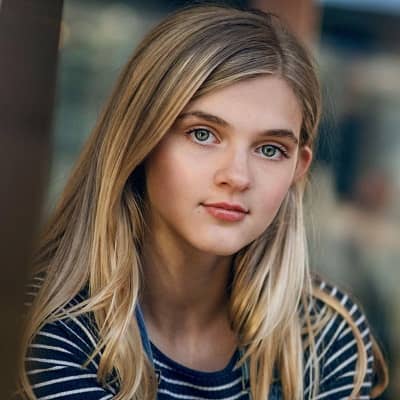 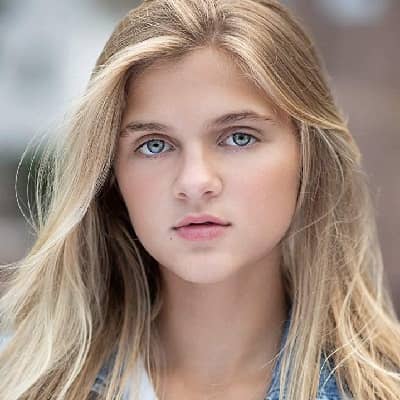 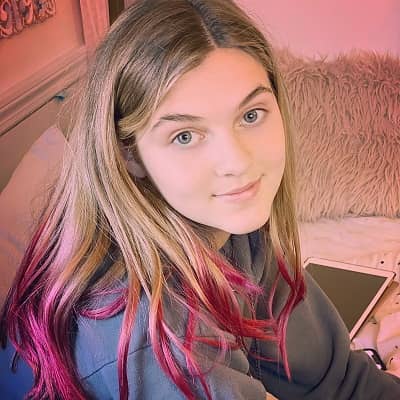 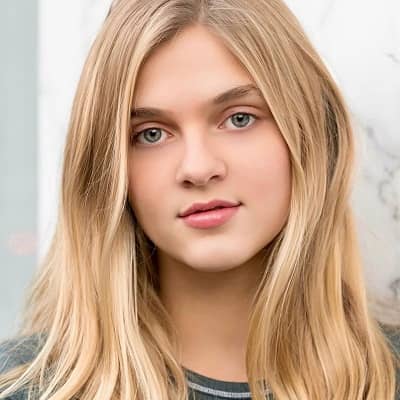 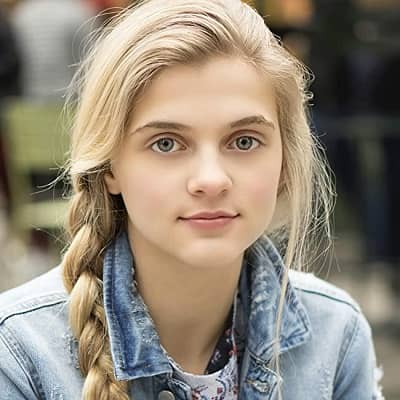 Skylar Dunn is a famous American actress, dancer, singer, and model. Skylar Dunn is best recognized for her portrayal of ‘Young Charity’ in the award-winning musical hit ‘The Greatest Showman’.

Skylar Marie Dunn first opened her eyes on August 16, 2007. She was born and raised in Branford, Connecticut, USA. Presently, she is 13 years old and Leo is her birth sign. Her parents are Roy Dunn (father) and Jackie Brailsford Dunn (mother). She has a younger brother named Luke. She is presently concentrating on her acting career while attending public school. She currently stays in Los Angeles, California.

She loves to spend time with friends and is enthusiastic about sports and other activities. Her ‘The Greatest Showman’ co-star Austyn Johnson is a good friend of hers. She also likes to play the guitar and read. Her nickname is Skye.

She is inspired by actor and singer Zendaya and singer and songwriter Grace Avery VanderWaal. Moreover, she aspires to attend the ‘Yale School of Drama someday and wishes to have a long-term career in acting. 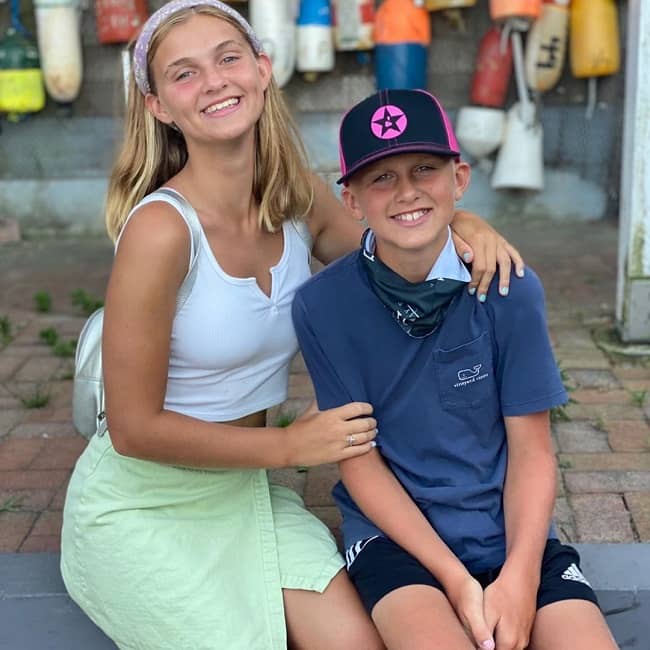 Skylar took a love for acting at a young age when she began performing as a competitive dancer and in local community theatre. Soon, she began auditioning and was hooked on playing out the characters of all very different and exciting roles. Therefore, she began training in dance when she was 2 years old. She eventually developed a keen interest in acting.

She performed in the solo musical theater ‘Broadway Baby’ in 2013, when she was around 5 years old. She earned first place. Moreover, she appeared in the Mark Pellington-directed thriller–drama TV movie ‘Secret Lives of Husbands and Wives,’ which released that year. She also appeared in an uncredited role in the short drama ‘A Dream of Flying,’ which released on November 30 the same year.

Furthermore, she appeared in the pilot episode of the comedy TV series ‘Sitters: The Series’ on January 1, 2014. She portrayed ‘Peyton’ in the episode. Further, the 8-minute short horror film ‘Bedtime Story,’ which released that year, featured her in the lead role of ‘Isabelle.’ It was written and directed by Mischa Auzins. She also performed in a solo musical theater called ‘Man of La Mancha’ that year.

She performed the contemporary dance ‘The Nothingest Girl in the World’ at the age of 7, in the 2015 ‘Sheer Talent Nationals’ competition and won third place. The dance was choreographed by Sandee Juliano, while the recording was done by herself. That year, she also performed in the lyrical ‘When She Loved Me’ on the show ‘Sheer Talent.’ The choreography, costume, and props of the act were provided by Sandee Juliano.

Further, she became the first runner-up in the ‘Small Wonder Sheer Talent Nationals’ competition after she performed in the solo musical theater ‘The Greatest Star’ in 2016. That year, she also appeared in the short film ‘Chocolate Cake,’ directed and co-written by Benjamin Shweky. It was released at the ‘Central Florida Film Festival’ on September 2, 2016.

Dunn made her film debut with the science-fiction thriller ‘Altered Hours,’ which had Ryan Munzert, Briana Pozner, and Rick Montgomery Jr. in starring roles. Therefore, the film, where she essayed the role of ‘Emily,’ premiered at the ‘Buffalo Dreams Fantastic Film Festival’ on November 12, 2016, and released in the US on March 20, 2018.

In 2017, she performed the contemporary dance ‘The Boy in the Striped Pajamas’ on ‘Sheer Talent’. Sandee Juliano contributed to the choreography and the original voiceover. Another contemporary dance, ‘Abandoned,’ choreographed by ‘Jennifer Polio-Dance Unlimited’, was performed by her at the ‘Hall of Fame Dance Challenge’ that year.

She also performed in the solo musical theater ‘That’s Life’. She rose to fame playing the younger version of ‘Charity Barnum’ in the sensational musical ‘The Greatest Showman,’ which also marked the directorial debut of Michael Gracey.

The film that had Hugh Jackman, Michelle Williams, Zac Efron, Zendaya, and Rebecca Ferguson in starring roles premiered aboard the ‘RMS Queen Mary 2’ on December 8, 2017. And, it was later released in the US by ‘20th Century Fox’ on December 20, 2017. It grossed more than $434 million worldwide and emerged as the fifth-highest grossing live-action musical in the history of cinema.

The 2017 short fantasy–drama film ‘Bella’s Teddy Bear,’ directed and written by Hong Zhou, featured her as ‘Bella’. She performed a contemporary solo dance to ‘Never Enough’ at the ‘Spirit of Dance Competition’ in 2018. Jennifer Polio had choreographed this act.

Further, she also appeared in ‘Orange Is the New Black’ and ‘Odd Mom Out.’ She is represented by the agency ‘Don Buchwald and Associates’. Her official YouTube channel ‘Skylarmariedunn’, which she launched on October 22, 2006, hosts videos of her performances. The channel has already earned over a thousand subscribers and more than 98 thousand views. 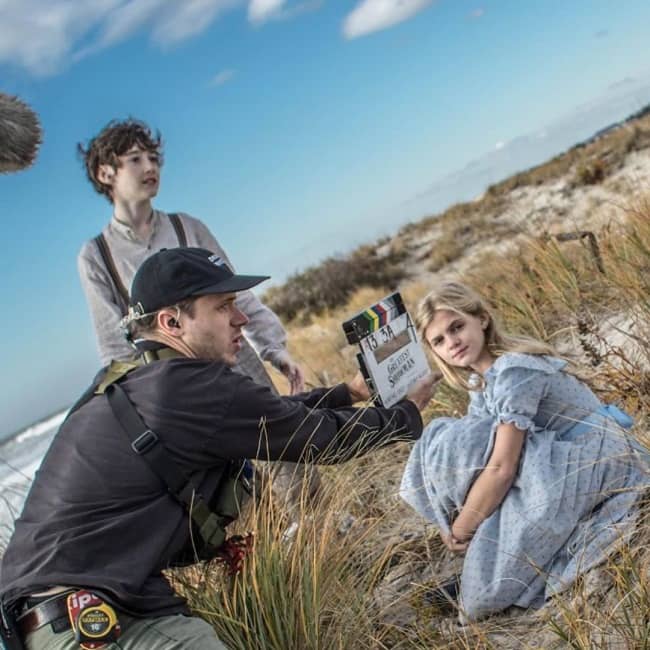 Skylar is currently single and is focusing on her career. She is still young to involve in any type of relationship. Moreover, she has a lot of time to find a perfect match and a true love for himself. As for the future, she is sure to attract many lovers with her charm, talent, and personality. She has a good and clean profile regarding her personal and professional life.

She is a pretty girl with a charming personality. She stands a height of 5 feet 2 inches tall and weighs around 45 kilos. Moreover, her chest-waist-hip measurements are 29-21-29 inches respectively. Her bra size is 28A and her shoe size is 5 (US). She has a banana body type and a slim body figure. Her body measurements are sure to grow for some more years. Further, she has blue eyes and has blonde hair. 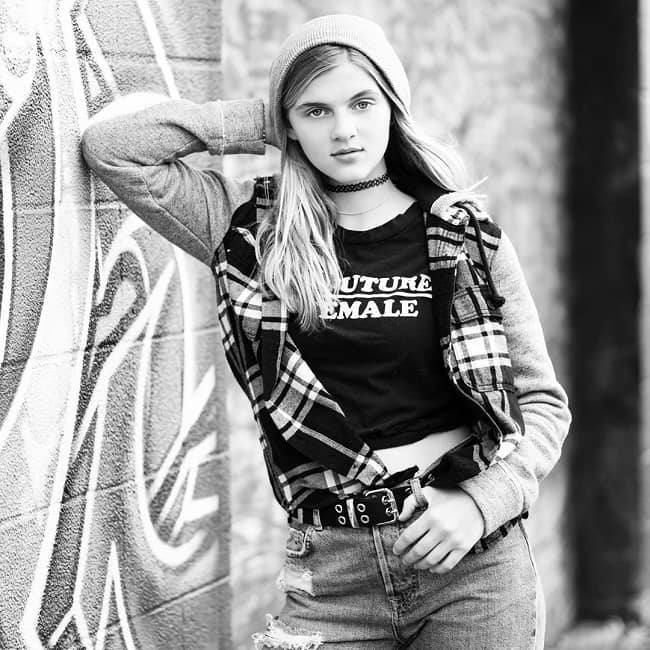 This young and popular personality is sure to gain an impressive amount of money for herself. She has not revealed her net worth yet to the public.