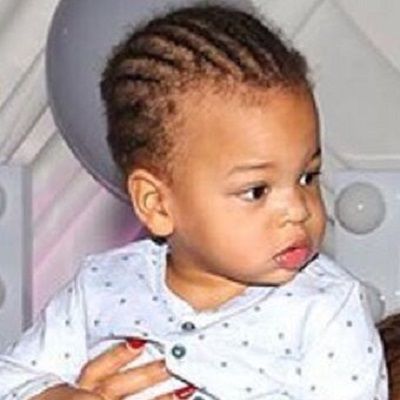 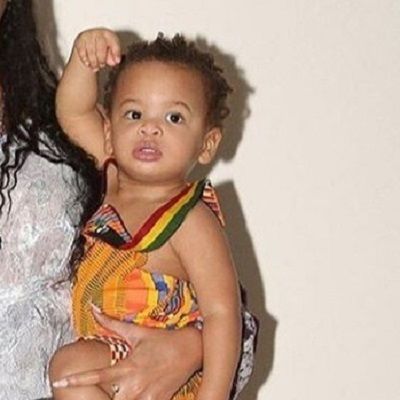 Sir Carter is an American celebrity kid. Sir Carter is the youngest twin as well as the youngest kid of the ultra-private power couple, Beyoncé and Jay-Z. His twin sister is Rumi, named after their parents’ favorite poet and they also have a sister named Blue Ivy.

Sir Carter and his twin sister Rumi Carter were born on 13 June 2017 and they are 5 years old at present. Likewise, the twins have an elder sister named Blue Ivy Carter born in 2012. Their mother is the international singing sensation mother Beyoncé Giselle Knowles-Carter, popular as Beyoncé, and rap superstar father Shawn Corey Carter, popular by the stage name Jay Z.

Moreover, talking to US Weekly, the twins’ grandmother, Tina Knowles, revealed the personalities of the Carter twins and their sister. She said:

“The girl is really just going to rule the world, and the boy is kind of laid back and chills like the dad,” she said about their respective personalities. She even went on to say that Blue Ivy was “the Queen B. The second Queen B”. Sir Carter is one of the renowned Carter twins and he is twins with Rumi Carter. They are the children of Beyonce and Jay Z, the internationally known personalities in the field of singing and rapping. His mother, Beyonce, announced she was pregnant with the Carter twins in a February 2017 Instagram photo. The photo earned over 10 million likes in under six months.

Likewise, his sister was named for the Persian poet Rumi and he was named for one of the poet’s famous poems. His father, Jay Z is also good friends with the fellow rapper Sean Combs, and Combs offered advice to the new father of twins, as he has his own set of twins.

The young Sir Carter is obviously single at present. But he is sure to attract many lovers in his future. Moreover, talking about his parent’s relationship details, Beyoncé and Jay-Z started a romantic relationship after their collaboration on ’03 Bonnie & Clyde. This song appeared on Jay-Z’s seventh album The Blueprint 2: The Gift & The Curse released in 2002.

Sir Carter’s mother appeared as his father’s girlfriend in the music video for that song. This fuelled speculation about their relationship back then. Then on 4 April 2008, Sir Carter’s parents married without publicity. The couple is known for their private relationship. But they have appeared more relaxed in recent years. Both of Sir Carter’s parents have acknowledged the difficulty that arose in their marriage after Jay-Z had an affair.

Moreover, Sir Carter’s mother suffered a miscarriage around 2010 or 2011. She described this incident as the saddest thing she had ever endured. His mother then returned to the studio and wrote music to cope with the loss. Then in April 2011, Sir Carter’s parents traveled to Paris to shoot the album cover for 4, and there, Beyonce unexpectedly became pregnant. 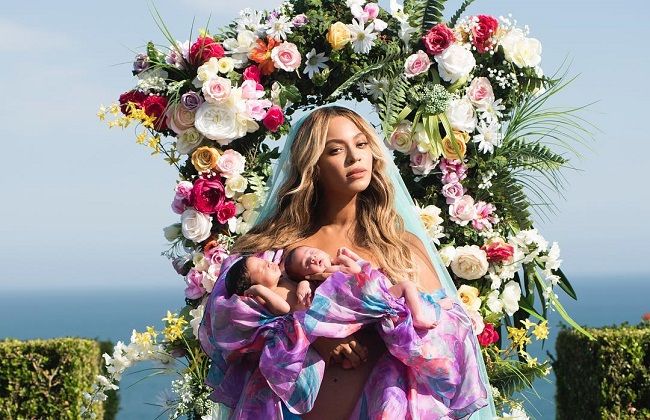 Caption: Sir Carter and his twin Rumi Carter appearing for the first time in public a month after birth via their mother’s Instagram post. Source: Instagram

More precisely, her pregnancy revelation pulled in over 12.4 million viewers. This was also listed in Guinness World Records for most tweets per second recorded for a single event. Her pregnancy revelation received 8,868 tweets per second. Likewise, “Beyonce pregnant” became the most Googled phrase the week of 29 August 2011. On 7 January 2012, Sir Carter’s mother gave birth to his eldest sister namely Blue Ivy Carter. It was at Lenox Hill Hospital in New York City.

Sir Carter and his twin Rumi’s news was shared for the first time on 1 February 2017 via their mother’s Instagram account. She revealed that she was expecting twins. Her announcement gained over 6.3 million likes within just eight hours. This broke the world record for the most-liked image on the website at the time.

Exposing the twins to the world

Additionally, on 13 July 2017, Sir Carter’s mother uploaded the first image of herself and the twins onto her Instagram account. This confirmed their birth date and the names Rumi and Sir Carter. This particular post became the second most liked on Instagram, behind her own pregnancy announcement. Beyonce shared in a rare display of candor for her Vogue September cover story a personal essay about the struggles associated with her second pregnancy causing her to be rushed to surgery. She wrote:

“I was 218 pounds the day I gave birth to Rumi and Sir. I was swollen from toxemia and had been on bed rest for over a month. My health and my babies’ health were in danger, so I had an emergency C-section. We spent many weeks in the NICU… I was in survival mode and did not grasp it all until months later.”

As a 5-years-old kid, Sir Carter doesn’t have any social media accounts at present. However, he does appear very rarely on his parents’ social media posts. The Carter twins were revealed for the first time a month after their birth via Beyonce’s Instagram post.

After that, it was only when the twins were 13 months old that Beyonce shared a photo of the twins during the family vacation in Europe. There were two photos posted on Beyonce’s official website. One is a photo of the twins on their mother’s lap and another of Rumi gazing at the sea with their father. Then around the time of Christmas, Beyonce shared another photo of her twins on her website. This photo was from the family’s vacation in South Asia. 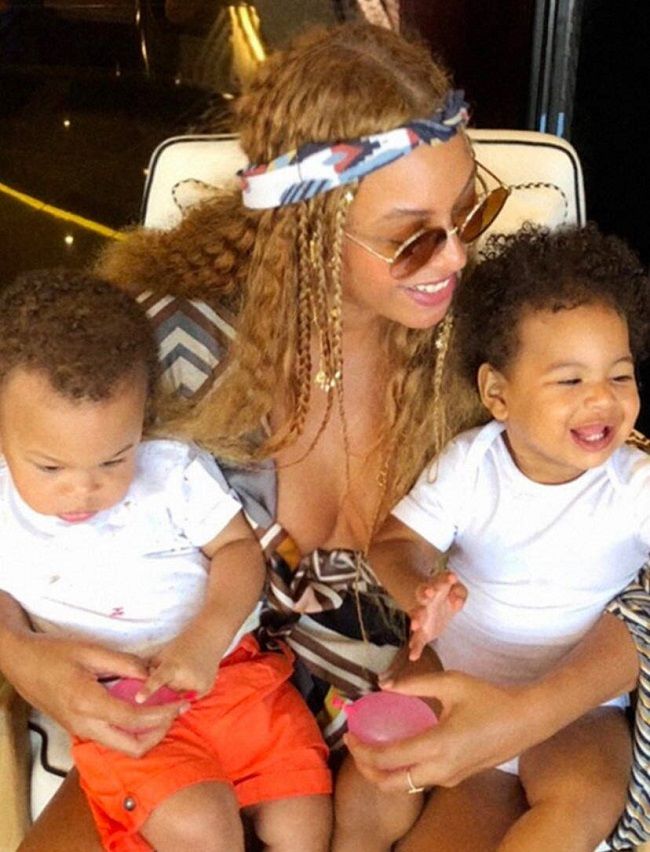 Caption: Sir Carter with his sister Rumi Carter together on their mohter Beyonce’s lap during their vacation in Europe. Source: E! News

Sir Carter and his siblings made it on “Electric Ride On Cars’ Kids Rich List” for the year 2020. Their parents have created a trust fund for the Carter siblings that is worth $500 million. This made them the second richest kids in the world. The Carter siblings were chosen and added to a list that includes kids, twins, and teens of all backgrounds and creeds.

The Carter siblings claimed the second spot that is right after Moulay Hassan. Hassan is the Crown Prince of Morocco aged 16 years. He claimed the 1st sport with his $1 billion trust fund. Other famous kids that made the list includes Brad Pitt and Angelina Jolie’s five youngest kids. They took the number three spot with a combined trust fund.