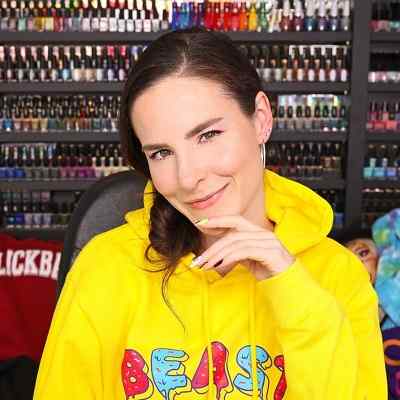 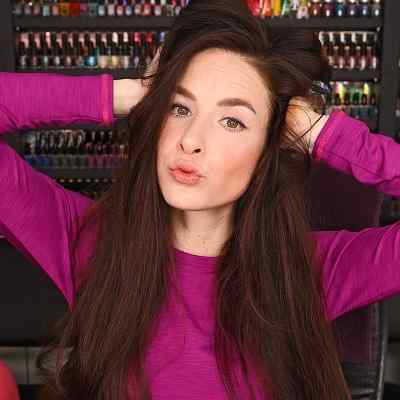 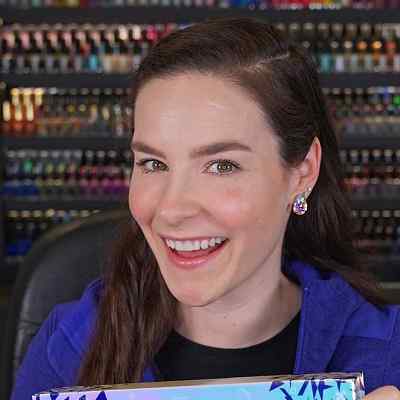 Simply Nailogical is a Canadian Youtube content creator and Instagram phenomenon that is best known for her nail art tutorials. Simply Nailogical has done a lot of videos which will give her viewers numerous ideas on how to do up your nails for any given event. Likewise, she claims to get her inspirations for the latest designs from the most random of things.

Simply Nailogical was born in Toronto, Ontario, Canada, on October 17, 1988. Her astrological sign is Libra and she is 31 years old. She holds Canadian nationality. And her real name is Cristine Raquel Rotenberg.

The name and information regarding Cristine’s parents are not available at the moment. However, she has a sister and her name is Jennifer Rotenberg. Likewise, it seems as if Cristine doesn’t like to talk much about her parents and other family members on the social media platforms. Moreover, Rotenberg loves cats and has two beautiful felines of her own.

Likewise, from the year 1996 to 2001, Cristine Rotenberg starred in 15 commercials for various children’s products including Furby and Fib Finder. And, at age 13, she played the role of Young Sophia in the 2002 film “Charms for the Easy Life”. But, she stopped taking on acting roles when she was about twelve years old to focus on her schooling.

In the year 2014, she received a master’s degree in sociology with a concentration in criminology from Carleton University. And, her master’s thesis is on the topic of self-injury in prisoners, as a result of prison conditions. Likewise, she is employed at Statistics Canada where she works as an analyst. 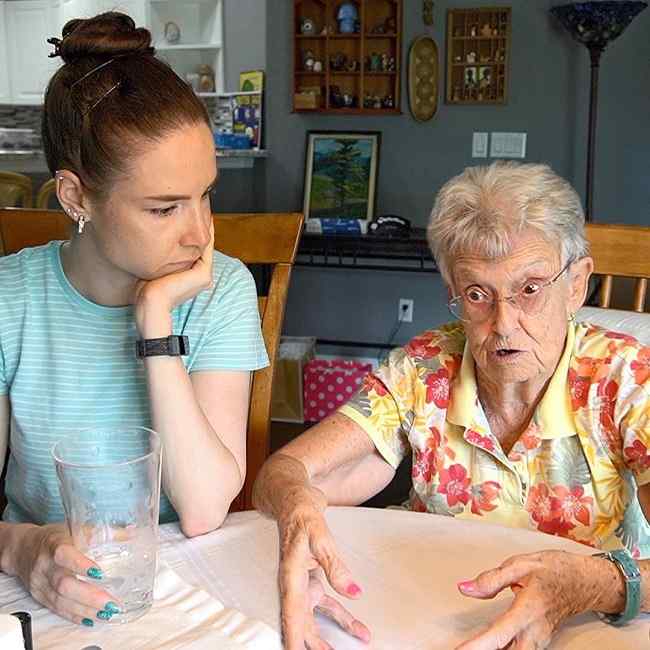 Caption: Simply Nailogical along with her grandma (Source: Instagram)

Simply Nailogical was interviewed about her nail art, interest in nail polish, and online tutorials in several nail-focused publications. And, J-14 magazine describes her as “the face of nail art in the internet world”. Likewise, she launched her Simply Nailogical blog in February 2014. And, prior to making videos, she shared pictures of her nail art on the blog and on Instagram for nearly a year before being requested to create longer videos on youtube. Moreover, her blog has been inactive since June 2016.

Cristine Rotenberg launched her first channel, Simply Nailogical, in the year 2014. Initially, she focused on short nail art videos that were less than two minutes, although some were just one minute. Then, later she began to record voice-overs in her videos, made her tutorials longer, and eventually appeared on-camera. Likewise, in June 2016, Rotenberg shared a video of herself applying over 100 coats of nail polish titled “100+ Coats of Nail Polish #POLISHMOUNTAIN”. That video quickly went viral and was copied by many other YouTubers, such as Jenna Marbles.

Moreover, the Daily Dot called it one of 2016’s most popular video trends. Then, soon after she posted the video, her subscriber count doubled. And her video was also featured in the Fine Brothers’ College Kids React series in August 2016. Then, in September 2015, Cristine launched her second YouTube channel, Simply Not Logical. She started posting videos there in August 2016, with her first video being titled “SimplyMailogical #1”. On this channel, she primarily shares vlogs and content outside of her usual nail art tutorials such as Mail opening, outtakes, and more.

Cristine Rotenberg has collaborated with several nail polish-producing companies to create collections or specific colors. Likewise, the Simplynailogical collection by F.U.N. Lacquer consisted of six holographic colors in three separate shades: pink, blue, and black with each having their respective linear holo version. She also promoted the collection in a video on her channel and on her blog.

And, through collaboration with the site Live Love Polish, Cristine released two Starrily brand nail polishes called “Menchie the Cat” and “Zyler the Cat”, named after her cats. And, included in the same set were the polishes “Hustler” and “Adventure Capitalist”.

In July 2019, Cristine created her own nail polish line called Holo Taco. The brand’s name comes from her habit of calling nail polish top coats “tacos” in her YouTube videos. She started brainstorming for the business in the year 2017 and began prototyping polishes in the year 2018. Likewise, the original Holo Taco launch contained two opaque polishes (“one coat black” and “royal-tea blue”) in addition to three holographic topcoats. Surprisingly, the collection sold out within two hours.

Furthermore, Cristine Rotenberg owns the other two Youtube channels, SimplyPodLogical Highlights, and Holo Taco. She launched these channels in the years 2020 and 2019 respectively. She is pretty much active on both of these channels and regularly shares videos on these channels. 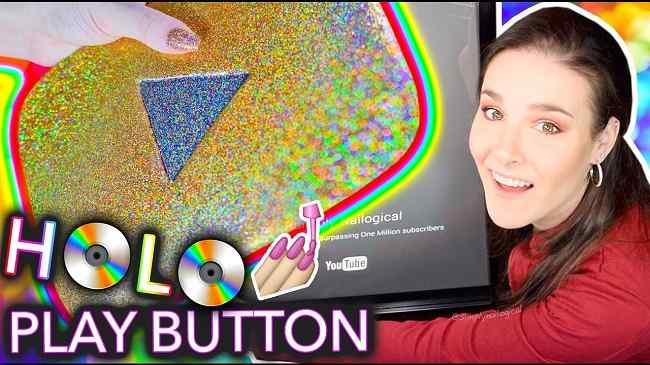 Cristine Rotenberg has a common-law partner, Ben Mazowita. They began dating in the year 2012. He often appears in her many Youtube videos as a “drink slave” or participates in her Youtube videos. Likewise, Ben is popular as the current #50 top scorer in the original Donkey Kong, with about 971,000 points. Moreover, Cristine also lives a beautiful life apart from YouTube and her work. And, like any other girl, Cristine also loves shopping and going out to movies with her boyfriend. 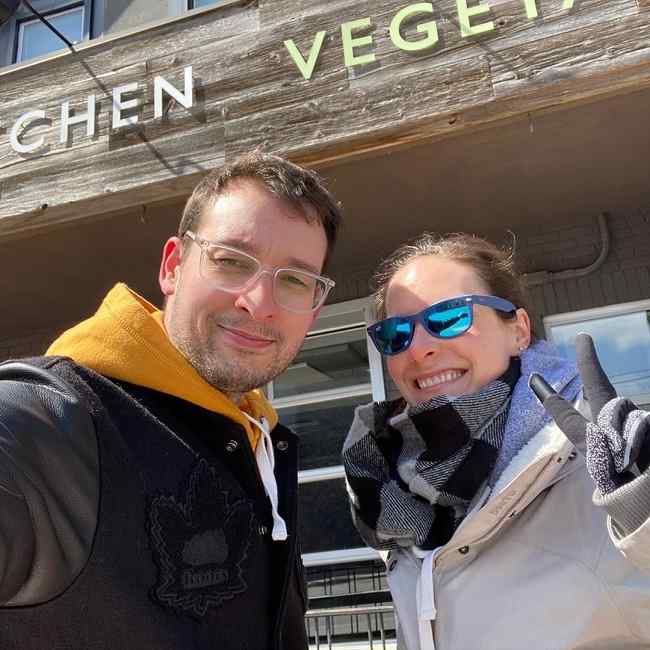 Simply Nailogical has a height of 5 feet 3 inches and her weight is 62 Kg. However, her other body measurements such as her chest size, waist size, hip size, and bicep size are unknown. Moreover, Cristine has dark brown hair and light brown eyes.

Talking about her earnings and income, Cristine has an estimated net worth of $6 million. And her main income sources are her Youtube channels. Also, she has her own nail polishes and earns through collaborations as well.