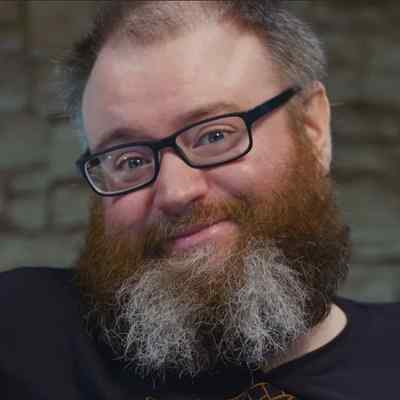 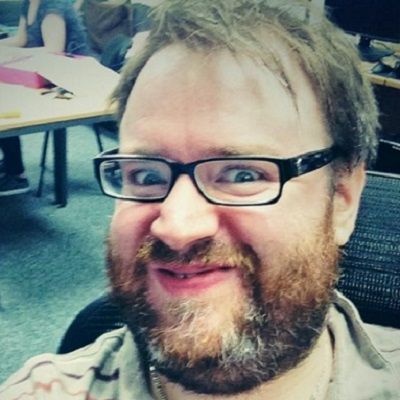 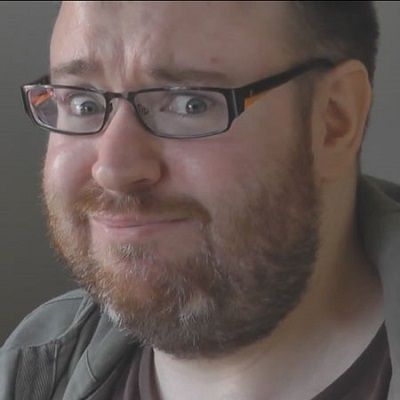 Simon Lane is a British gaming expert and co-founder of the popular YouTube gaming channel ‘Yogscast. Simon Lane is popular for playing a dwarf in any situation he can. He is also well-known for being a strongman, entertainer, astronaut, and budding musician.

Simon Lane was born on 14 March 1978. His full birth name is Simon Charles Lane. He is from England and his age is 44 years old as of 2022. His zodiac sign is Pisces. Lane is a self-professed atheist. He has several cats, and a dog called Ollie. Moreover, he has a brother but his name is not revealed. There is no information regarding his family background.

Simon, perhaps due to his astrophysics studies, appears like an excellent mathematician, being able to do difficult calculations quickly in several videos. Simon’s general knowledge is very good. He displays his knowledge of Literature, including a good knowledge of Shakespeare, Film, from the Tap! Heads Up Video, and World History and News many times across several series. 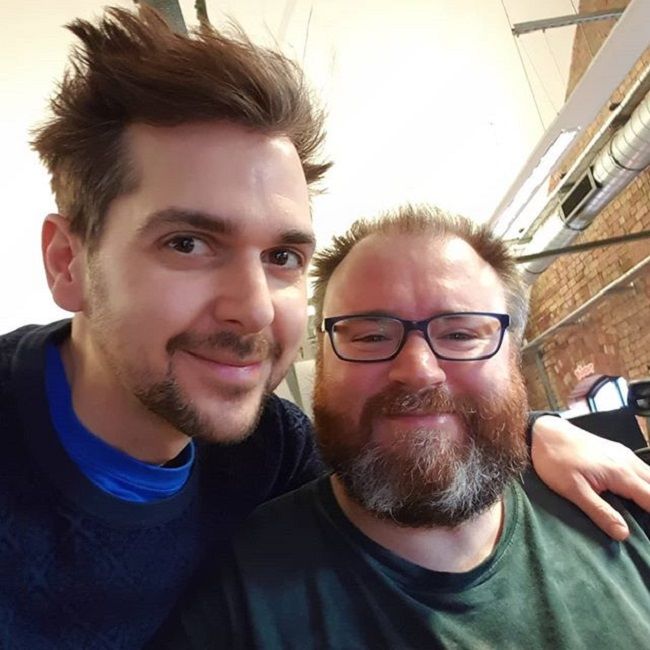 Simon once mentioned during a YoGPoD episode that his father is called Alan—but it’s not a verified fact as he often jokes. He also said that he dreamed of becoming an astronaut when he was a boy. When he had seen a career advisor when he was in school, he was advised to take up a career in insurance. He once failed a course in astrophysics while he was studying at Cardiff University.

While at the university, he was once kicked out of a radio show after he called the host of the show a bastard—live on air—because he interrupted an Alanis Morissette song. In the earlier years of Yogscast, Simon lived in a shared house with a housemate. Along with “Honeydew,” Simon Lane also used the online name “Alejandew” for a short time in 2010. This name was a play-on-words of the Lady Gaga song ‘Alejandro.’

Simon’s ‘Yogscast’, is a media production company and publisher of video games, based in Bristol. The video related to “MMO World of Warcraft” brought popularity to the channel. However, more recently it is associated with sandbox games like ‘Minecraft,’ ‘Garry’s Mod,’ and ‘Grand Theft Auto.’ He is passionate about YoGPoD which is the podcast spin-off of the YouTube series of videos known as Yogscast.

He started uploading videos with his partner Lewis Brindley on July 9, 2008. Yogscast features videos full of humor and comedy and it made history in the UK by surpassing the 1 billion views mark in 2012. Simon is the central character of the BlueXephos channel on YouTube, the content of which seems innocent and light, but on a closer look it reveals a twist—it’s a little aggressive with double meanings.

His videos fall into two categories—‘Simon Sings,’ and ‘Simon Plays.’ The ‘Simon Plays’ series are simple ‘Let’s Play’ videos of various computer/console games. These games are occasionally voiced in a character, with a narrative thread throughout the video.

‘Simon Sings’ series is a collection of musical interludes. Simon does his vocal impersonation of a cat being used to clean a rug. Through these videos, he demonstrates his mind. For example, he is fond of Jaffa Cakes, which he has mentioned in countless videos. His love for Jaffa Cakes led Lewis to help him build a Jaffa Cake Factory in their Tekkit series.

Furthermore, in another video, Lewis shot Simon’s bedroom light with a confetti gun when they reached 1 million subscribers. In one of the videos, Simon mentions that in his bedroom, he has a cardboard cutout of the ‘Doctor Who’ character Amy Pond. On multiple occasions, he has mentioned his relationship with Amy. During the ‘Rezzed 2014 Q&A’ session, he mentioned that he still had the cutout, but in March 2016, Simon said on Twitter that the cutout had to be recycled as a cat had entered his house and urinated on it. 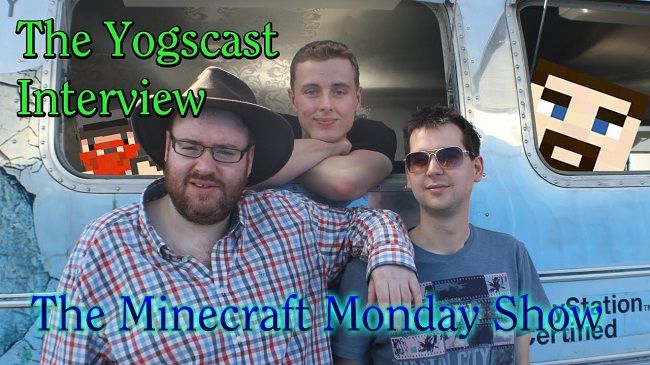 Simon took a break from the Yogscast in March 2015, with a video explaining his sudden absence. In the video, he relates his break to unspecified medical issues tied to an unexpected visit to the hospital. He was discharged from the hospital a few weeks later, but there is information that he wanted to take some time off. It was to recover before returning to actively working on video content.

A Yogscast vlog in June simply said that he was getting better and that his friends hoped he would fully recover soon. Simon returned to making YouTube videos on September 25, making his first appearance in 6 months in the first episode of Trials Of Skobbels.

Despite returning to several series on the main channel, he had a diminished involvement with Yogscast projects during his recuperation throughout 2016. He then went on another hiatus in March 2017, returning on the 9th of June on the stream. However, after his last hiatus, Simon has appeared less frequently on the main channel. He used to appear in almost every single video on this channel. Since then, he has been showing up mainly in the Chilluminati streams, in the Game Goblin series, and some GTA V and Trouble in Terrorist Town videos.

Simon and Lewis was a guest on episode 23 of The Shaft. In YoGPoD 27, he says that the first game he ever played “was most likely Jet Set Willy or something like that”. As told by Lewis during their Rezzed 2014 Q&A panel, Simon worked as a security guard at an elderly people’s home before going full-time on YouTube.

Moreover, as of YoGPoD 27, Simon stated that he had a Blackberry phone. However, in Turpster’s video about his car dying during the Heroes & Generals Challenge, Simon is seen recording with an iPhone. When this transition happened is unknown. Martyn previously mentioned in one of his InTheLittleDream vlogs, however, that Simon now has an iPhone 6. However, in Turpster’s video, it is also revealed in a conversation between Lewis and Simon joking about the contents of the phone that the iPhone was, in fact, Lewis’ phone.

At one time, Simon had an OkCupid profile and account, as mentioned during a YoGPoD episode. In this scene, Simon and Lewis discussed Simon’s best matches and worst enemies according to the number of questions that Simon answered. No Yognaut has ever found this account so it is to be assumed it was taken down after Simon and Lewis’ skyrocket in popularity. However, it could also be possible that Simon met somebody through the site, and hence, he took the account down as he no longer had use for it.

Without a doubt, he surely earns a very good amount of money through YouTube videos. He might earn through other sources too, but he has not mentioned any. However, his estimated net worth is around $98 million as of 2022.

Simon used to smoke before. He no longer smokes but takes nicotine capsules in some episodes of YoGPoD. He is near-sighted—his eyes need different strengths of lenses, as a result, one eye looks larger than the other. Simon is completely focused on his career rather than being into relationships. However, most of his fans speculate Simon has a wife and a daughter.

Lewis Brindley once took a picture of themself on Instagram where Lewis is kissing Simon’s chick on January 8, 2019. It led their fans to doubt their sexuality.

Simon has not revealed his exact height and weight to the public yet. He has an amazing personality. He has blonde hair and brown eyes. Further, he has also not shared his other body stats like chest-waist-hip, shoe size, dress size, etc.

Talking about his social media presence, he is active on different social media platforms. He has gained over 224.3k followers on his ‘@SimonHoneydew‘ Twitter account. He is also active on Facebook with more than 143k followers. But, it seems like he is not available on Instagram. His ‘YOGSCAST Lewis & Simon’ YouTube channel has earned over 7.12 million subscribers.