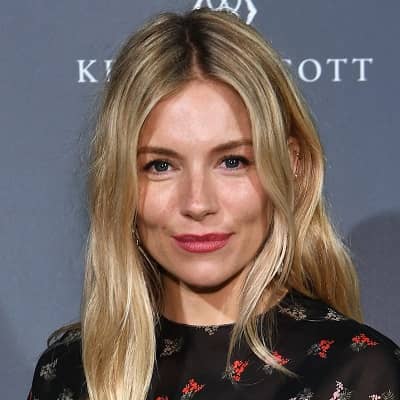 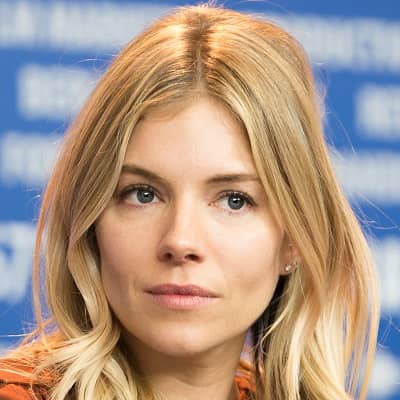 Sienna Miller is a famous British-American actress, model, and fashion designer. Moreover, Sienna Miller is best known for her role as socialite Edie Sedgwick in the biographical film, “Factory Girl”(2006) and also as the author Caitlin Macnamara in “The Edge of Love”(2008).

Sienna Rosie Diana Miller best known as Sienna Miller was born on the 28th of December 1981, in New York City, New York, the United States of America. According to her birth date, she is 40 years old and holds British-American nationality.

Moreover, she has a zodiac sign of Capricorn and believes in Christianity. She is the daughter of Josephine Miller(mother) and Edwin Miller(father). Professionally, her mother is a South African-born British former model, who was also a personal assistant to David Bowie.

On the other sides, her father is an American banker turned dealer of Chinese art. She and her family moved to London when she was just eighteen months old. Moreover, she grew up with her sister, Savannah, and two half-brothers, Charles and Stephen.

When she was just 6 years old, her parents divorced in 1987, and Miller moved to Parsons Green with her mother, while her father remarried three times.

Talking about her academic career, she studied at Heathfield School in Berkshire where she used to act and play Lacrosse. Miller, who graduated from high school at the age of 18, received her first modeling job for a German soda pop advertisement.

She subsequently moved to New York City and enrolled in a three-month course at the Lee Strasberg Theatre and Film Institute. She signed with Tandy Anderson of Select Model Management London and modeled for Coca-Cola, Italian Vogue, and the 2003 Pirelli Calendar.

Sienna Miller made her movie debut in the 2001 film “South Kensington.” She also appeared in the TV shows “The American Embassy,” “Bedtime,” and “Keen Eddie.” Moreover, she next played Tammy in “Layer Cake,” and Nikki in “Alfie” in 2004.

In the historical dramedy, “Casanova” Miller played a writer of illegal feminist literature and the love of Giacomo Casanova (Heath Ledger) (2005). The same year, Miller made her West End debut in a revival of “As You Like It” at the Wyndhams Theatre. 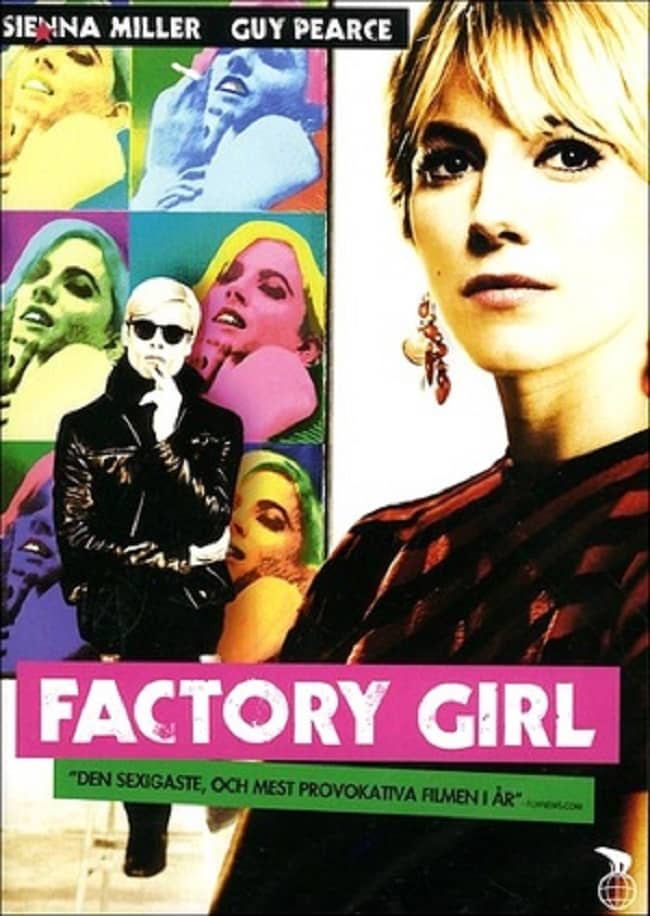 In 2007, she portrayed a starlet in Steve Buscemi’s “Stardust” and starred in Matthew Vaughn’s adaption “Interview.” She then portrayed writer Caitlin Macnamara in “The Edge of Love” (2008).

Miller was later cast as The Baroness in “G.I. Joe: The Rise of Cobra” a live-action film adaption of the G.I. Joe franchise (2009). She portrayed the title role in Patrick Marber’s Broadway production of “After Miss Julie” the following year.

In 2012, she played Tippi Hedren in the television film “The Girl.” The same year, she competed in a belly dancing competition in the made-for-television film “Just like a Woman.”

In 2015, she played a prostitute in the road drama “Mississippi Grind.” Later, in  2017, she appeared in the drama “The Private Life of a Modern Woman.” In 2018, she portrayed Estella, Moe Berg’s girlfriend, in the war drama “The Catcher Was a Spy.” Miller appeared as a narcotics detective in the 2019 action thriller “21 Bridges” starring Chadwick Boseman, as well as in the miniseries “The Loudest Voice.”

Miller and her sister Savannah, a professional fashion designer, launched a full-fledged fashion label in 2007. It is called Twenty8Twelve after Miller’s birth year and is financially supported by Pepe Jeans.

The sisters ran the label until 2012 when they announced their resignation as co-creative directors.

As an actress, model, and fashion designer, she has earned huge sums of money in her profession. As of 2022, she has an estimated net worth of $18 million and she has not shared information regarding her salary.

Currently, this actress is unmarried and single. However, this actress was in a relationship with several celebrities. She was previously engaged to her Alfie co-star Jude Law.

They split up in 2006 after dating for two years and Law publicly apologized to Miller for having an affair with his children’s nanny. The cheating scandal sparked a firestorm of controversy, with Law formally apologizing to Miller. 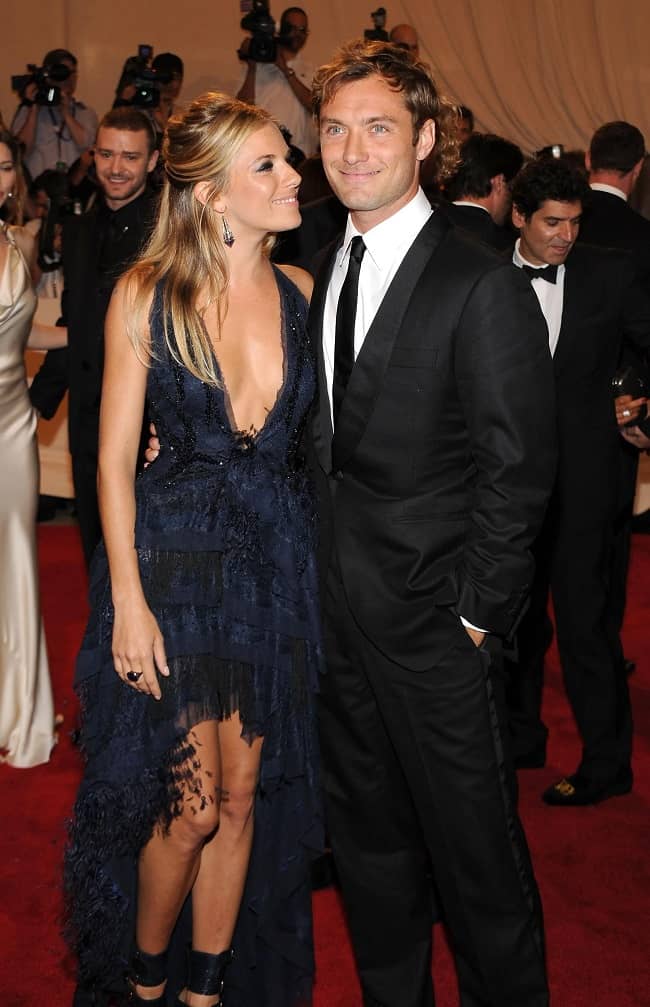 Miller also had a public affair in 2008 with married actor Balthazar Getty. She also sued two British newspapers for publishing photos of her and Getty together.

Moreover, she also dated actor Tom Sturridge from 2011 until 2015, with whom she had a daughter, Marlowe Ottoline Layng Sturridge, who was born on July 7, 2012.

This actress stands 5 feet 5 inches tall and weighs around 55 kg. Moreover, she has blonde hair with grey eyes color and her body measurement measures around 34-25-34 inches. Likewise, she wears a bra size of 35B, 4(US) as her dress size, and 9(US) as her shoe size. 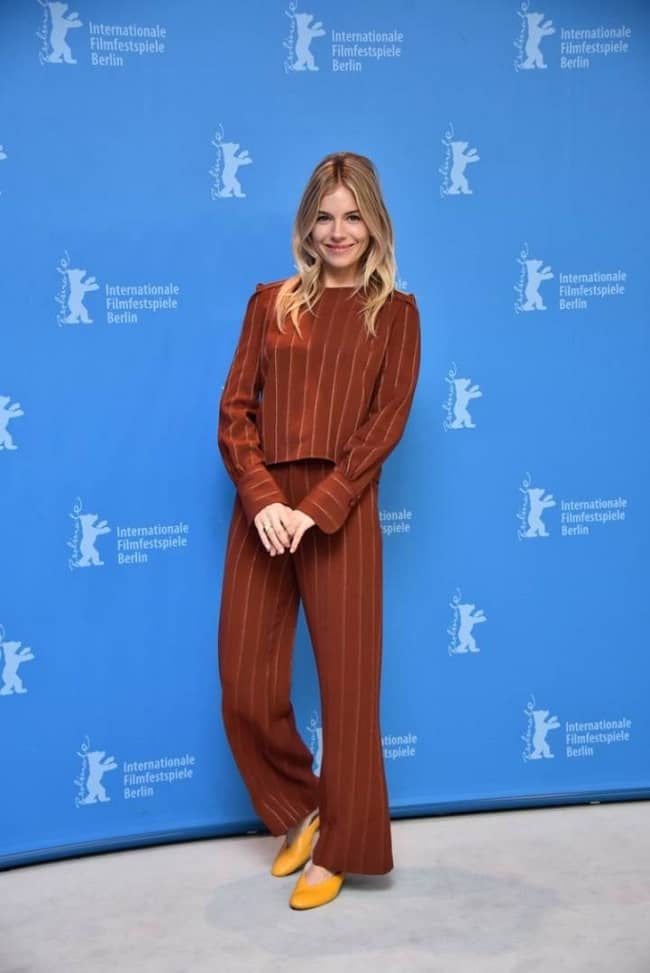