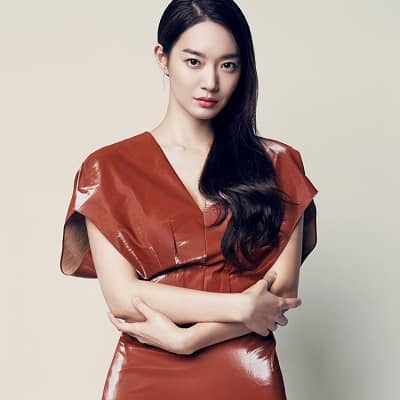 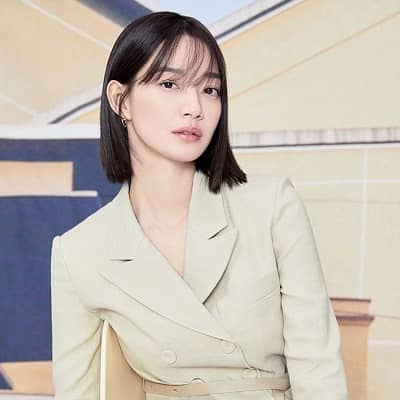 Shin Min-ah is a South Korean actress, singer, musician, and model. Shin Min-ah is especially known for her TV drama My Girlfriend is Nine-Tailed Fox.

Yang Min A aka Shin Min-ah was born on April 5, 1984, in South Korea and is currently 37 years old. In addition, her family comes from the Gyeonggi province in South Korea. She has grown up along with her siblings. In addition, she has an older sister and a younger brother. Additionally, the name of them is not revealed yet. She went to Hyosung High School for education.

Further, she attended Dong Gook University, for further education. She is graduated in Performing Arts. Therefore, she holds South Korean nationality and is Asian. Therefore, the name of her parents is still not revealed yet. Thus, she has kept her early life away from the media attention. 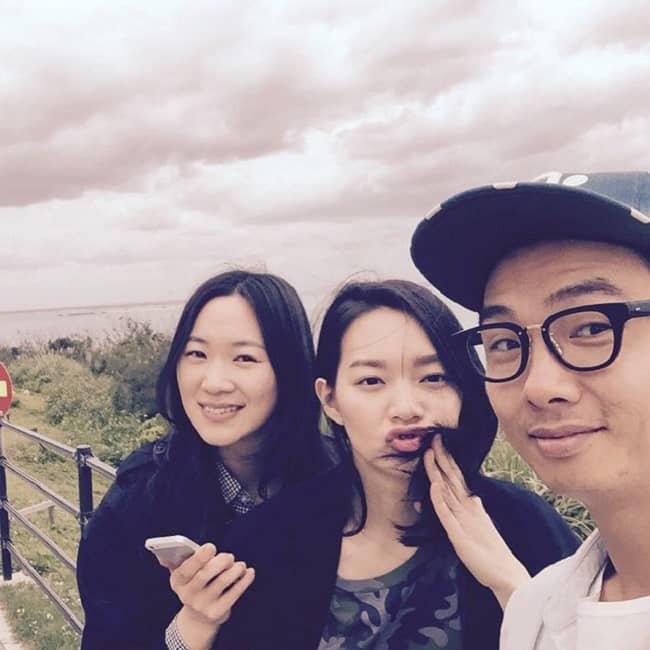 Caption: Shin Min-ah taking a photo with her sibling. Source(Instagram)

Shin Min-ah went on a photo shoot with some of her friends when she was in mid-school. Additionally, she sent those photos to Kiki Magazine. For the youth magazine, the publication selected her as a model. In 1998, she officially started her modeling career. She builds her solid career by appearing in the different endorsements. Sooner, she was recognized by most of the people. 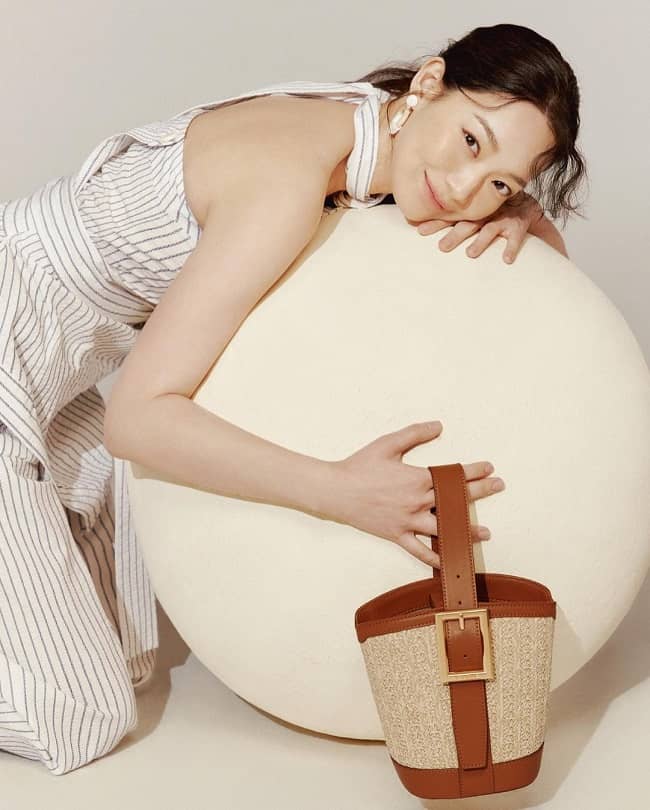 Caption: Shin Min-ah in between her photoshoot. Source(Instagram)

In 2008, she became part of the multi-episode Summer Days for LG. She was cast opposite Hyun Bin and Ryoo Seung Boom. Later, she was known by most of the people. Moreover, she was also part of Friends & Love. Later, it was an extended advertisement by Giodano. It also featured Jung Woo Sung and So Ji Sub. In 2009, she went to Italy for a photo spread shoot for Elle Korea. She did it alongside Jamie Doran, the famous Calvin Klien. She got the opportunity to feature in The New York Times T Magazine, in 2011.

She tried her luck in acting too. She started her acting career in 2001, in the series Beautiful Days. She played the character of Lee Min Ji. In the same year, she got the opportunity to debut on the big screen. She featured in the film named Volcano High. After 2 years gap, she was cast in Madeleine. She was featured alongside Jo In Sung, for a college romance movie.

Additionally, she was also part of the SBS series Punch. In 2005, she became part of the series A Love to Kill. Likewise, she appeared in A Bittersweet Life, Sad Movie, and The Beast and The Beauty. Moreover, she was cast alongside Uhm Tae Woong and Ju Ji Hoon, in 2007. They came up together for a psychological thrill The Devil. Simultaneously, she played 2 characters in the film My Mighty Princess.

In 2008, she played a counterculture singer in the Go-Go 70s. She also featured in other like The Naked Kitchen and Sisters on the Road. She became more popular when she played the role of gimiho. She played the role in tv series My Girlfriend is a Nine-Tailed Fox. In 2013, she appeared in a short spy action film The X. Thus, she appeared in a romantic comedy movie named Gyeongju.

In the movie, she played the character of Gong Yun Hee, the female lead character. Later, she was starred in the romantic comedy film My Love, My Bride. She was cast opposite Jo Jung Suk. The film was a remake of a 1990 hit of the same name. She has also been protracted in Tv series Oh My Venus. She played the role of an overweight lawyer, Kang Joo Eun. Moreover, she was part of the series Tomorrow With You. Additionally, she played the role of an amateur photographer.

She has been appreciated for her works. She has been total nominated for eight awards and won two awards. Moreover, she has been earning love across the country which is more precious than awards.

Shin Min-ah is in a romantic relationship with Kim Woo Bin. He is also a very famous actor. They started each other in May 2015. The couple met each other during their work for the brand Giodano. Her boyfriend was diagnosed with Nasopharyngeal cancer. She has supported her boyfriend in every stage of treatment.

According to Kim, she was very lazy before. But, she manages to overcome her laziness. She is a music lover. Additionally, she loves to listen to music and loves skating. 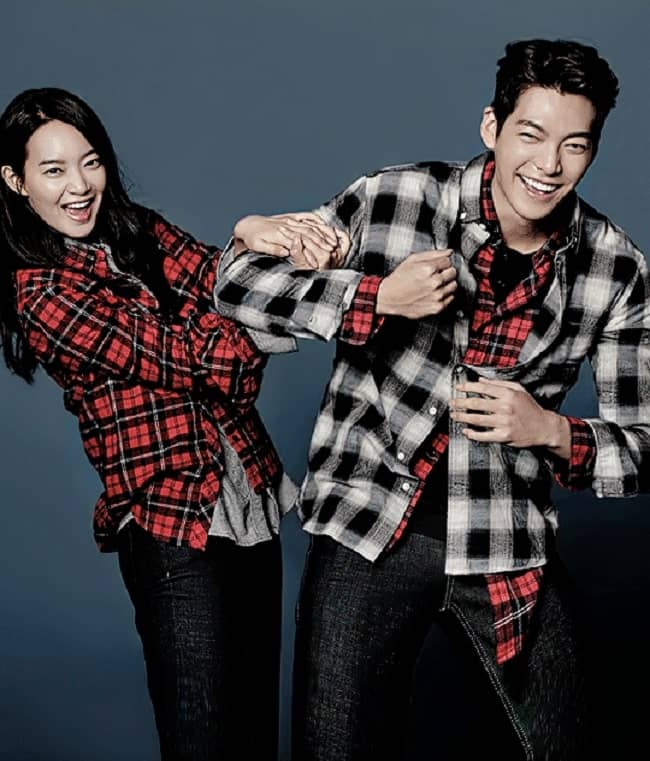 It is very difficult to be stable in the entertainment industry. There are different rumors that raises every day about the stars. Likewise, a lot of stars are involved in controversies. But, Shin Min-ah has been successfully handling her life.

Shin Min-ah is very beautiful and attractive. Therefore, she stands 5 feet 6 inches (168 cm) tall. Moreover, her weight is around 66 kg (122 lbs). She wears the dress size of 4 Us. She has beautiful dark brown hair color and black eye color. Thus, the other information regarding her body measurement is not revealed yet. In conclusion, she is very pretty and has a charming personality.