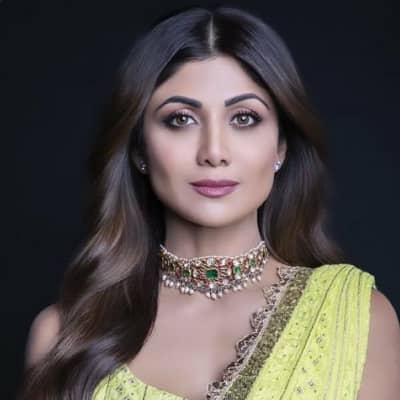 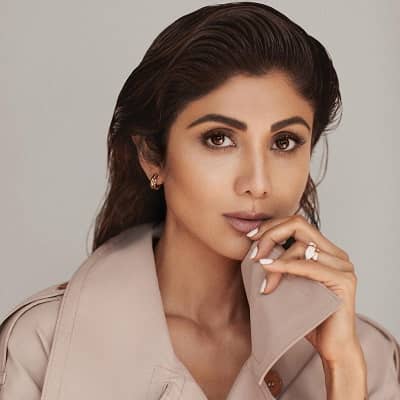 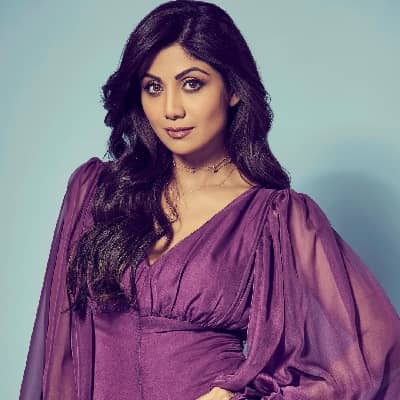 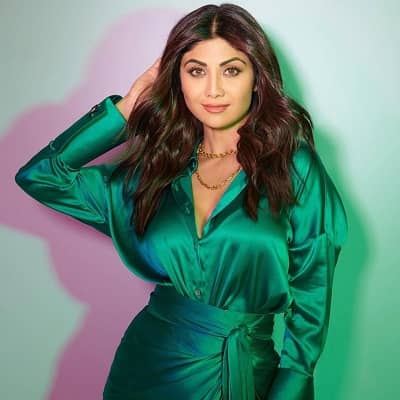 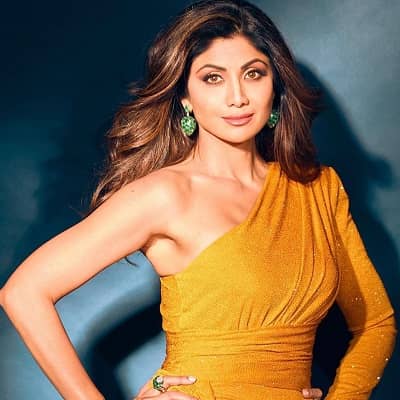 Shilpa Shetty s an Indian actress, film producer, dancer, entrepreneur, author, businesswoman, and former model. Shilpa Shetty is one of the most famous actresses of Bollywood.

Shilpa Shetty was born Ashwini Shetty, on June 8th, 1975. She originally hails from Mangalore, Karnataka, India. At present, she is 46 years old and her birth sign is Gemini. She was born to her parents Surendra Shetty (father) and Sunanda Shetty (mother). Both of her parents are manufacturers of tamper-proof water caps in the pharmaceutical industry.

Shilpa has a younger sister named Shamita Shetty. She enrolled herself at St. Anthony’s Girls High School, Chembur. Later, she joined ‘Podar College in Matunga.’ As a trained Bharatanatyam dancer, she was also captain of the volleyball team at her school. 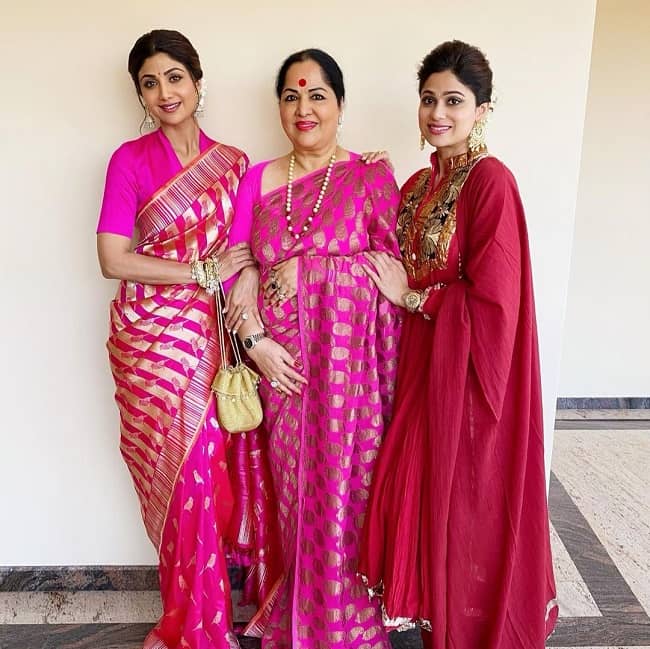 In the year 1991, after completing her 10th-grade examinations, Shilpa started her career as a model with a Limca television commercial. Subsequently, she was featured in several other commercials and advertisements. Then, she started receiving offers for film roles. Moreover, she continued to pursue her career as a model, until she became an actress.

Shilpa made her acting debut in the thriller film ‘Baazigar (1993)’ which gained her two Filmfare Awards nominations. The nominations include one for Best Supporting Actress. Therefore, she followed it with a leading role in the highly successful action-comedy ‘Main Khiladi Tu Anari (1994)’. There, she played a dual role.

Her career saw a renewal as a leading lady by the turn of the millennium with the romantic drama ‘Dhadkan (2000)’. Therefore, marking a turning point in her career. And, this was followed by roles in the box office hits ‘Indian (2001)’ and ‘Rishtey (2002)’. It brought her praise and another Filmfare nomination for Best Supporting Actress.

Shila gained critical acclaim for playing a career woman suffering from AIDS in the drama ‘Phir Milenge (2004)’. And, it garnered her several nominations including the Filmfare Award for Best Actress. Later, she portrayed in successful films such as the action thriller ‘Dus (2005)’, the drama ‘Life in a… Metro (2007)’, and the sports drama Apne (2007). 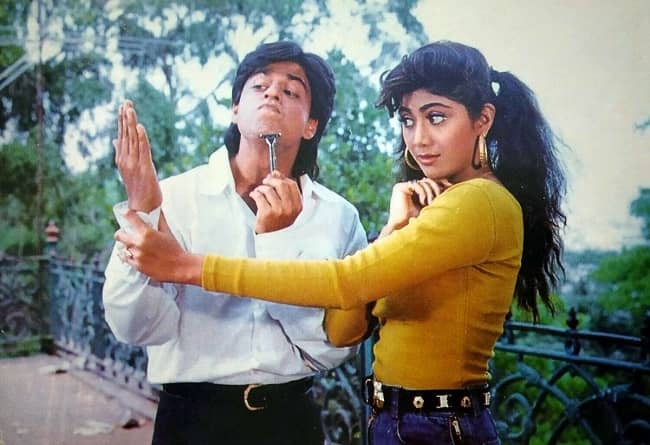 Shilpa was also well-recognized for her dance performance in the song “Shut Up & Bounce” from the 2008 romantic comedy ‘Dostana.’ And, following this, she took a break from acting in films. She ventured into reality television by judging the dance reality show ‘Jhalak Dikhhla Jaa’ in 2006. Likewise, in early 2007, she joined the 5th season of the UK reality show ‘Celebrity Big Brother.’

In her stay in the house, she received much international media coverage and attention for the racism she faced by her fellow contestants and for ultimately winning the show. Similarly, she was followed by her hosting the second season of the reality show ‘Bigg Boss.’ Shilpa has since taken on the role of judge on several Indian dance reality shows like ‘Zara Nachke Dikha (2010)’, ‘Nach Baliye (2012–20)’, and ‘Super Dancer’ (2016–present).

Additionally, Shilpa is a celebrity endorser for brands and products. Also, she is vocal about issues such as feminism and animal rights. Moreover, since 2006, she has worked with PETA as part of an advertising campaign against the use of wild animals in circuses. Shilpa is also a fitness enthusiast and launched her own Yoga DVD in the year 2015. Further, she is involved in several fitness campaigns like the Fit India Movement, launched by the Government of India. 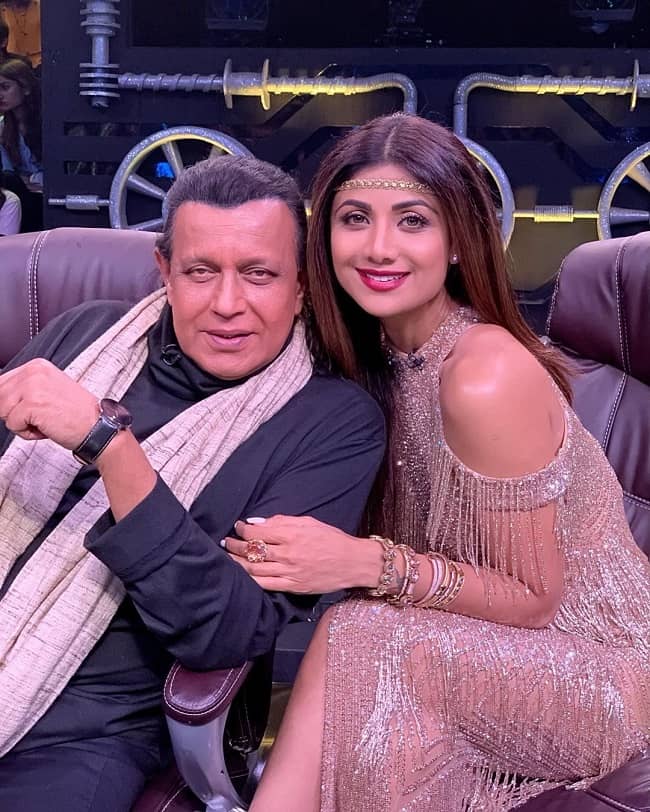 While working with Akshay Kumar in ‘Main Khiladi Tu Anari (1994)’, Shilpa started dating him on the set of ‘Insaaf (1997)’. But, later having just broken up with actress Raveena Tandon. Therefore, Shilpa spoke openly about her relationship with Kumar.

Moreover, the Indian media speculated that she had gotten engaged, and reported that Akshay wanted Shilpa to quit films and settle down. However, Shilpa had stated that she had no plans to marry. They broke up in 2000 whilst filming ‘Dhadkan.’

Likewise, in February 2009, Shilpa got engaged to Raj Kundra. With Raj, she was co-owner of the Indian Premier League (IPL) cricket team Rajasthan Royals. And, the two married on 22 November 2009. On 21 May 2012. the couple welcomed a son, Viaan Raj Kundra. Viaan is 9 years old as of 2021. Then, the pair had a second child, a girl, on 15 February 2020 via surrogacy. Her daughter’s name is Samisha Shetty Kundra. 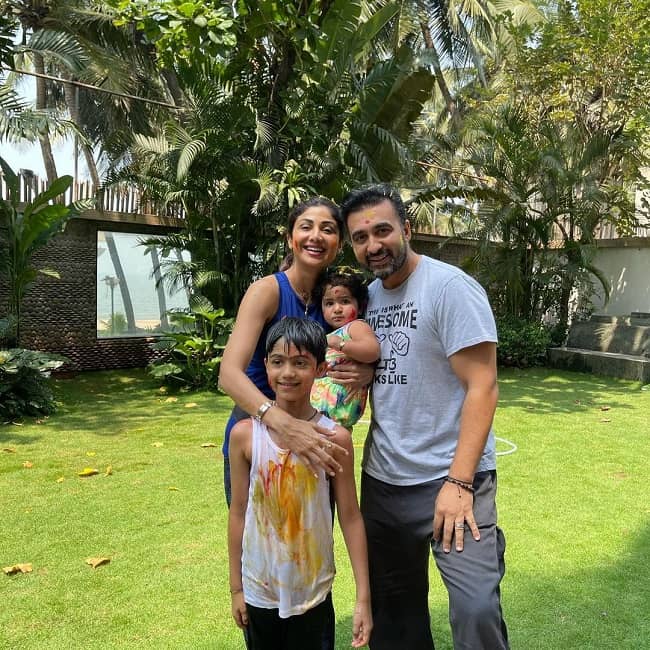 Caption: Shilpa Shetty clicking a photo with her husband and kids. Source: Instagram

Shilpa is a pretty tall lady. Therefore, she has a height of 5 feet 10 inches. Likewise, she weighs around 58 kilos. She has a slender and sexy body figure. She has a stunning body figure and her measurements are 33-26-34 inches including chest-waist-hip respectively. Further, she wears a dress size of 6 (US). Additionally, she has a pair of gorgeous brown eyes and her hair is of dark brown color. She has got an amazing and attractive personality.

This successful and talented personality obviously earns a great amount of money. She has earned name, fame, and fortune from her professional career. Therefore, her net worth as of 2021 is $18 million.